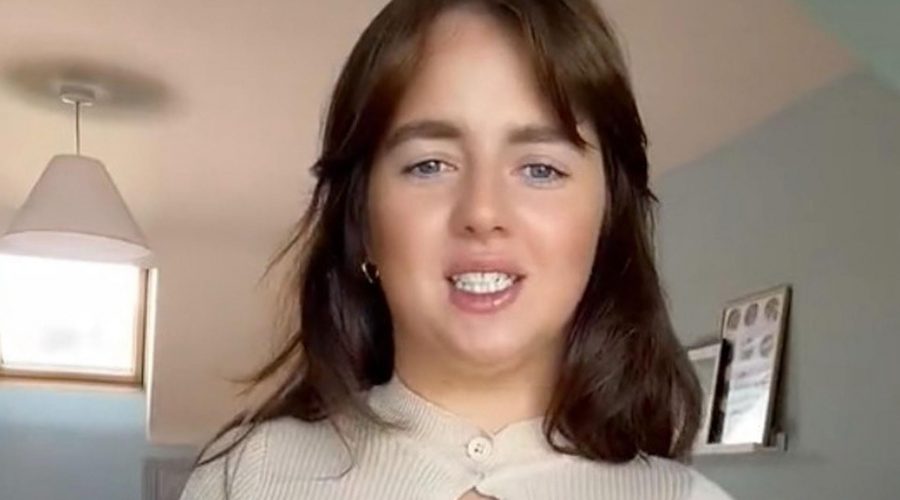 THE reviews are in for Kourtney Kardashian's new Boohoo line, and one shopper is thoroughly confused by the "weird" dress she ordered.

Her TikTok try-on video has also split opinion, with some commenters telling her they love it and others insisting she should send it back. 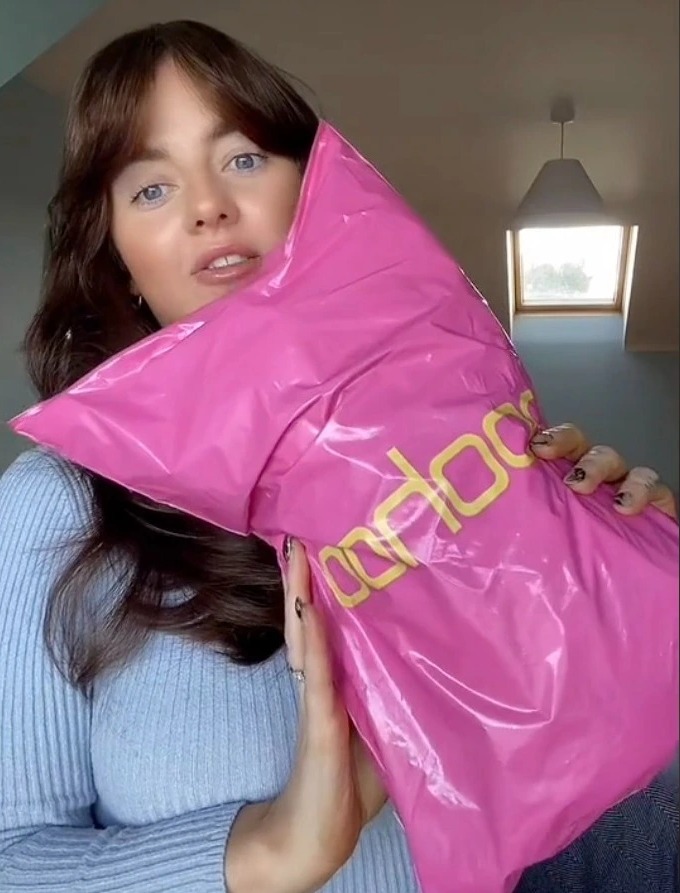 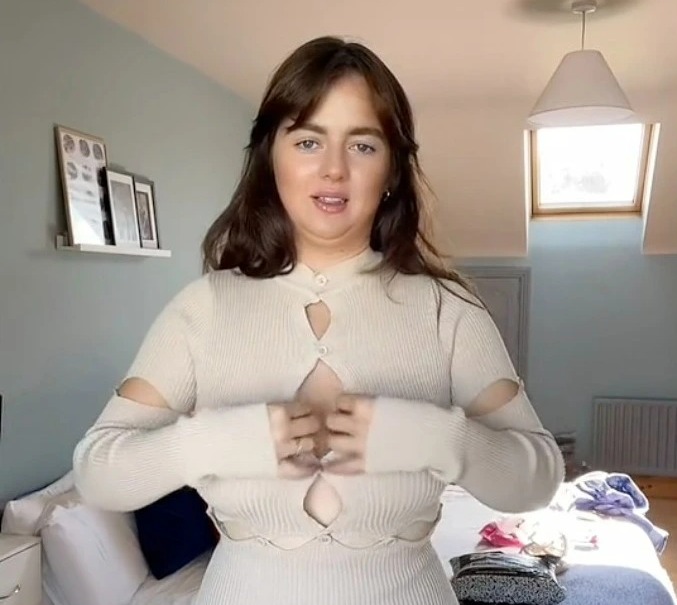 "So I ordered this dress from the Kourtney Kardashian collab with Boohoo because I saw it on Tara Maynard and it looked great," she said before trying it on for the camera.

"I can't decide if I love it or hate this dress," she admitted.

The mid-length sweater dress is most remarkable for its peekaboo holes, which pop out in between button-fastened fabric. 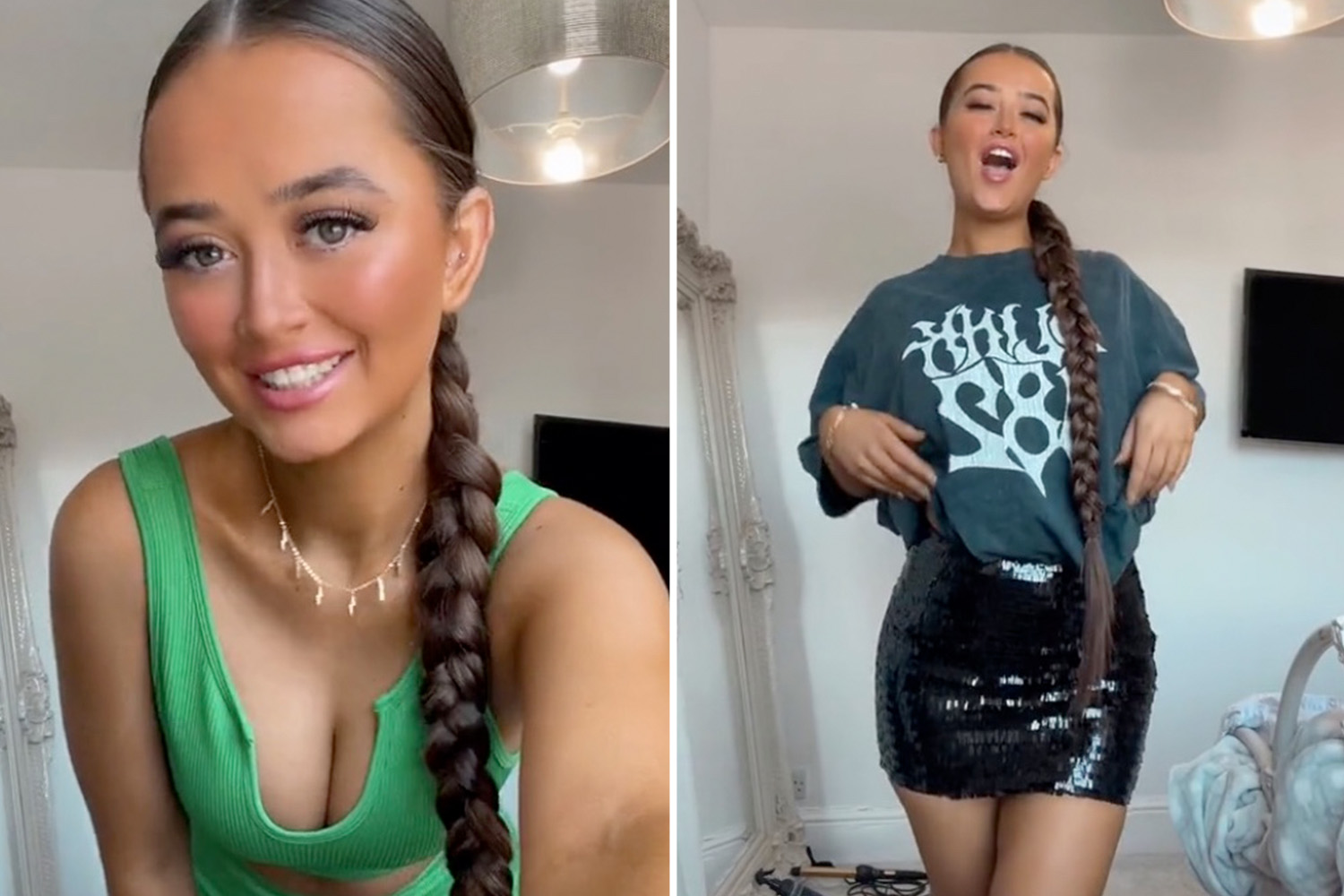 The holes wrap their way around the thighs and arms, but also directly underneath the bust and down the chest, exposing quite a bit of cleavage.

The bust buttons give the effect of a too-tight cardigan bursting at the seams.

"This is the most Kardashian dress I think I'll ever own because of how impractical the whole thing is," Aoibhinn said.

"Obviously I have no bra, I couldn't wear a bra with it," she noted, adding that she wished there was another button over the chest to close it up a bit more.

"It's such a weird dress," she said with a laugh as the video cut out.

Commenters have weighed in as well, with several telling Aoibhinn that they love the dress on her.

"It looks stunning on you I swear, I wasn't sure if I liked it until I saw it on you, it's fab," wrote one.

But another said she wasn't a fan, and a third also advised her to ditch it. 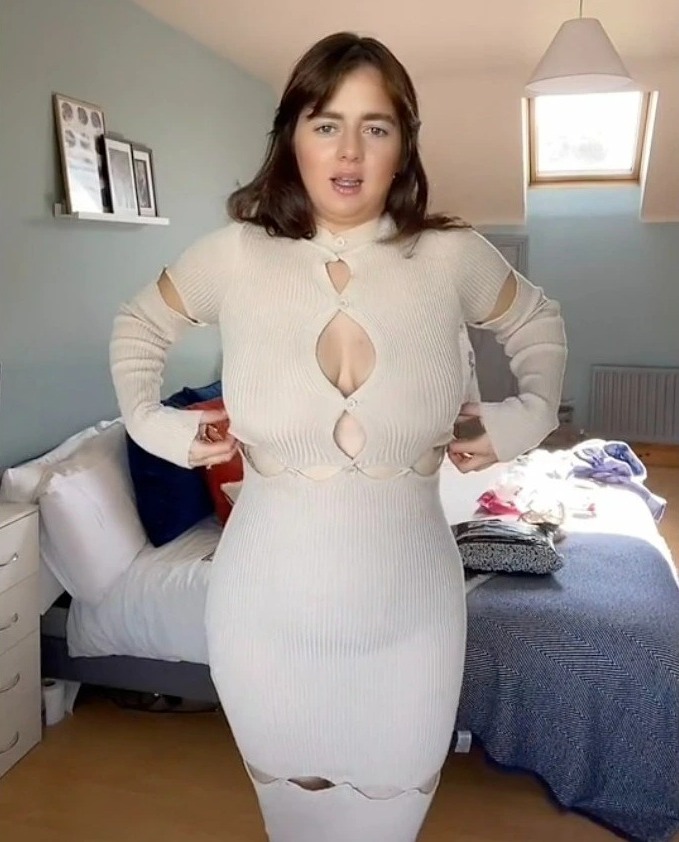 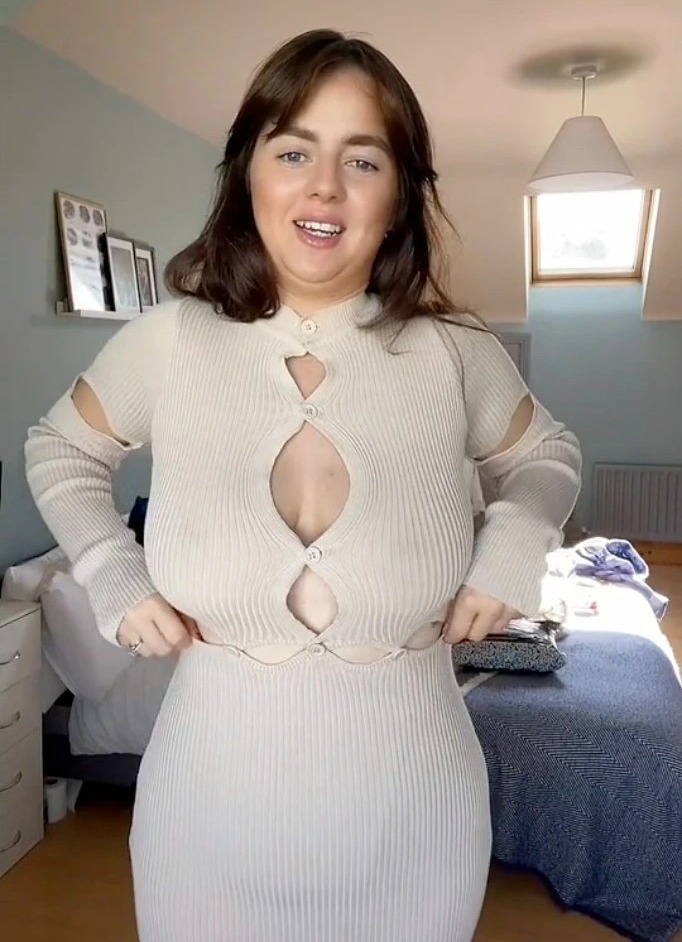 "You look fab in the dress but the dress is too TRY Hard if you get me. Nope you wear so much nicer stuff," wrote one.

"You look gorgeous, your shape is fab in it but I don’t actually like the dress itself, but that’s more a personal preference you do look beautiful," commented another.

"You've a fab figure but this dress is horrible, send it [back]," advised yet another, while one more said it was "too weird" and the dress "makes it look like you ordered 10 times too small the way the buttons stretch."

Aoibhinn, though, is still deciding, writing in a comment: "If i can figure out how to wear underwear with it I may keep it."

09/21/2022 Fashion Comments Off on I’m midsize and bought a Kourtney Kardashian Boohoo dress – it's so weird & impractical, I can't wear a bra with it | The Sun
Recent Posts