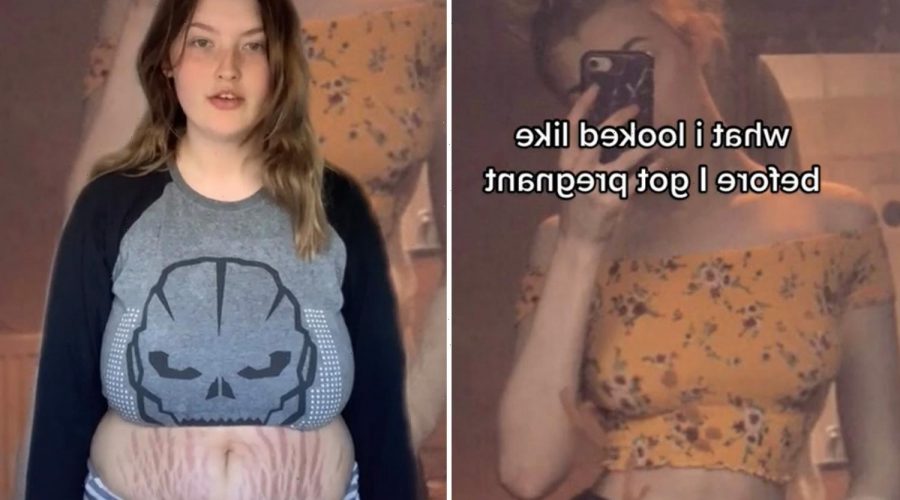 A TEEN mum is making it her mission to normalise her post-pregnancy body after being trolled online, following the birth of her son.

Mum-of-one Shannon welcomed her son Roman at 18 years old and since then, she's been sharing how pregnancy has changed her body in a series of body positive posts on TikTok. 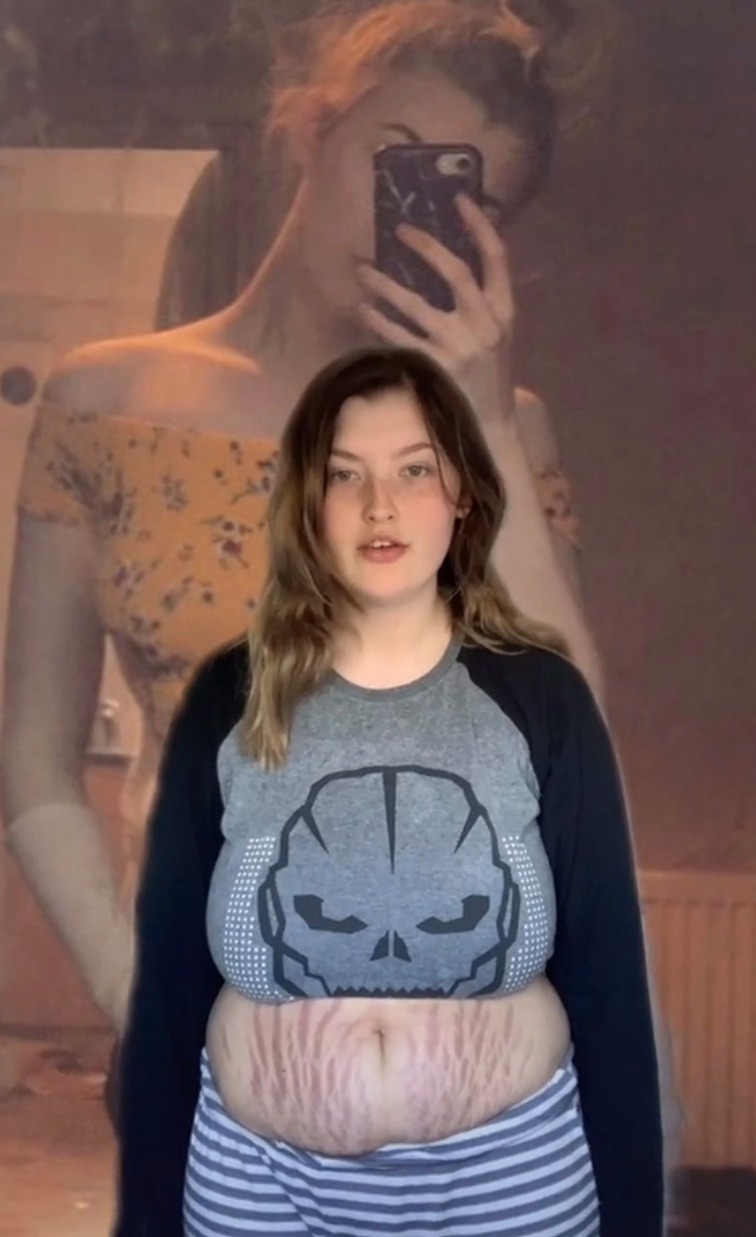 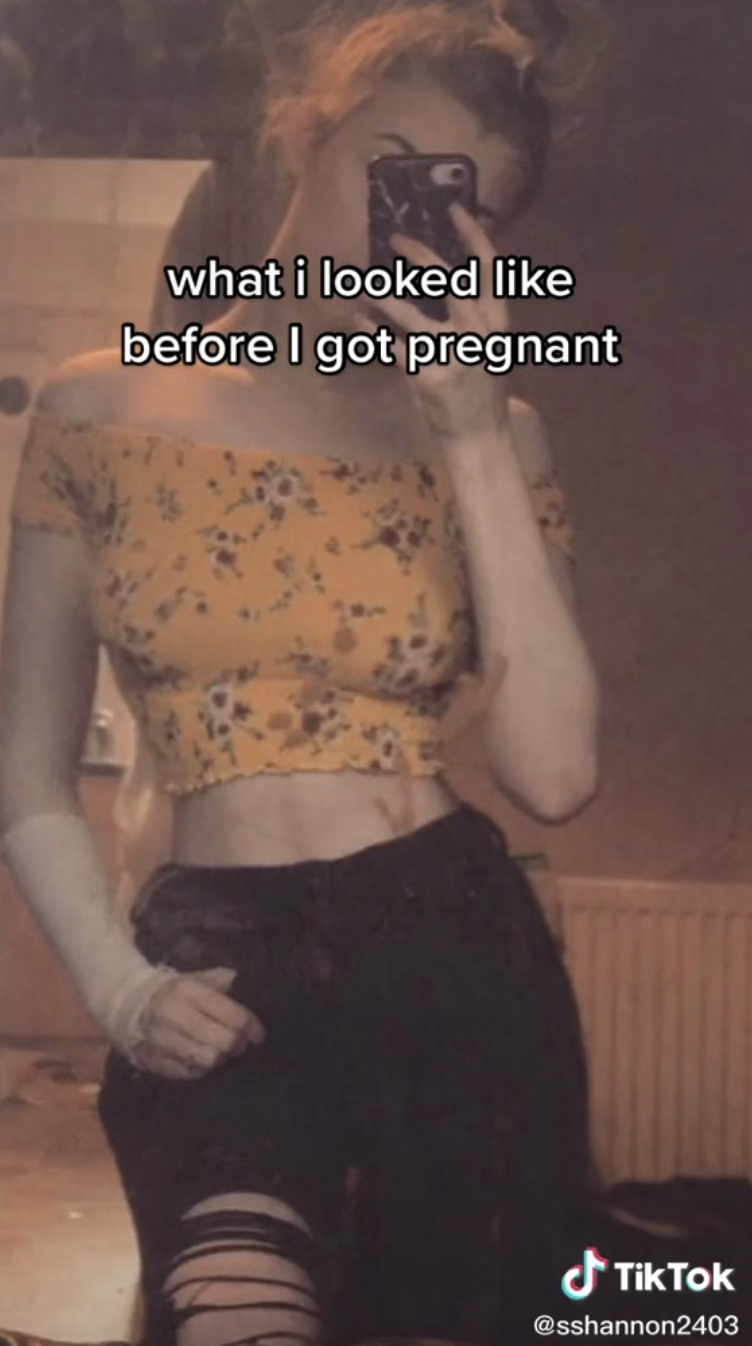 The teen has racked up nearly 60k followers online via her account @raisingroman0 and has found herself going viral, thanks to her honest videos.

In the clips, Shannon can be seen bravely sharing her post-partum figure and showcasing the stretch marks she has across her stomach and parts of her back.

"What I look like before I got pregnant," Shannon revealed in one video that included pictures of her before she had a baby.

She then appears onscreen revealing her postpartum figure and showing the visible difference in her body shape since becoming a mum.

Another video sees her pulling up her top to reveal her stretch marks across her belly, as she tells viewers : "Me using my account to spread body positivity and show that all postpartum bodies are beautiful."

Revealing the extent of the trolling she receives online, Shannon is then surrounded by nasty comments that have been made to her.

She reveals she's been called "ugly", "fat" and "disgusting", while people have cruelly told her that her body is "free birth control" and it's put them off having kids.

"Yeah I don't think I'm ever having a baby," commented one troll underneath her video.

However, plenty more people have thrown their support behind Shannon and praised her for raising awareness of the changes women's bodies go through during pregnancy.

"It's so nice to see someone with such similar stretch marks to mine," shared one mum.

"You was and you are beautiful," commented another.

A third wrote: "People want the representation until it's given, then push the same unrealistic beauty standards onto those representing. Girl, thank you for this."

"People commenting 'never having kids and ruining my body' yehh if that's your attitude towards something so natural u probably shouldn't have kids (sic)," offered another.

Responding to one troll who accused her of looking for "sympathy", Shannon insisted she shares her postpartum body to inspire other mums and normalise that not everyone "bounces back" so quickly after giving birth.

She wrote: "I don't post my body for sympathy. I post it to show/people it is normal. All over social media you see people who bounce back and get 0 stretch marks.

"I'm showing the other side of that. I've been thanked multiple times by mothers who have the same body as me and that's who I'm doing it for.

"No one should be ashamed of their body because it's not society's standard of beautiful." 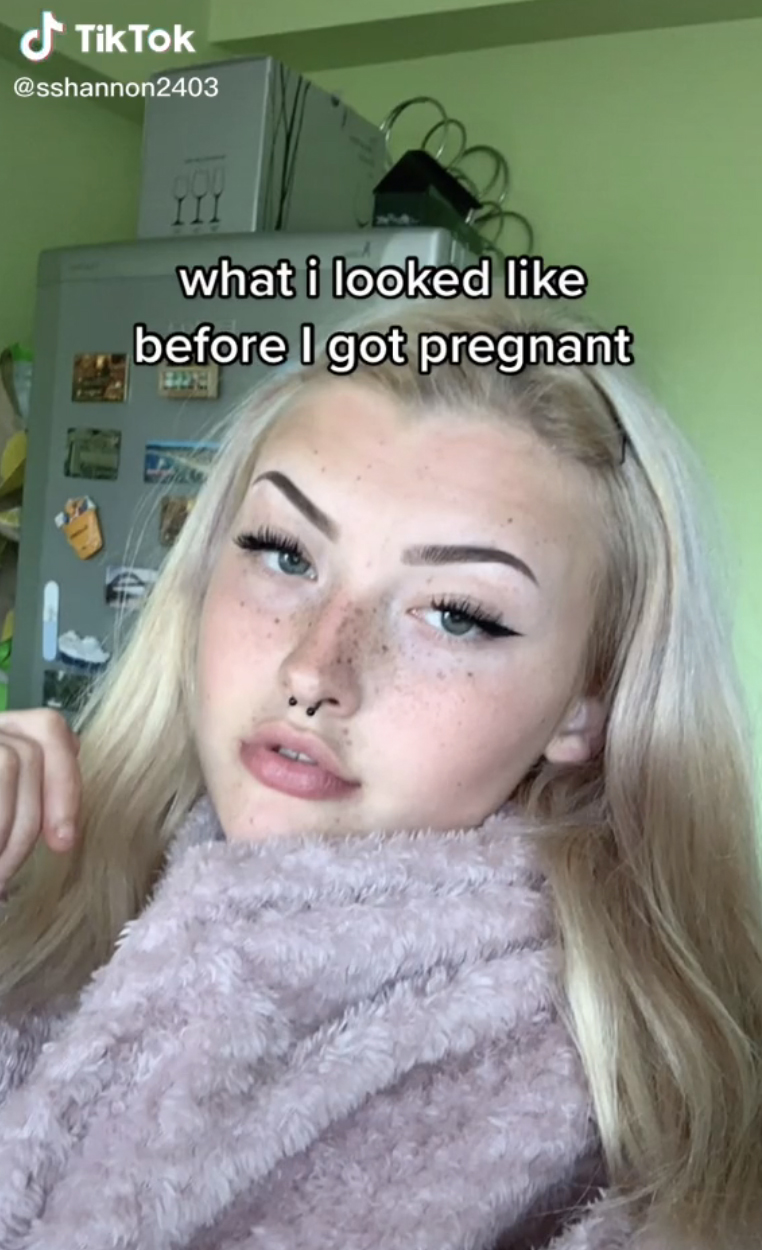 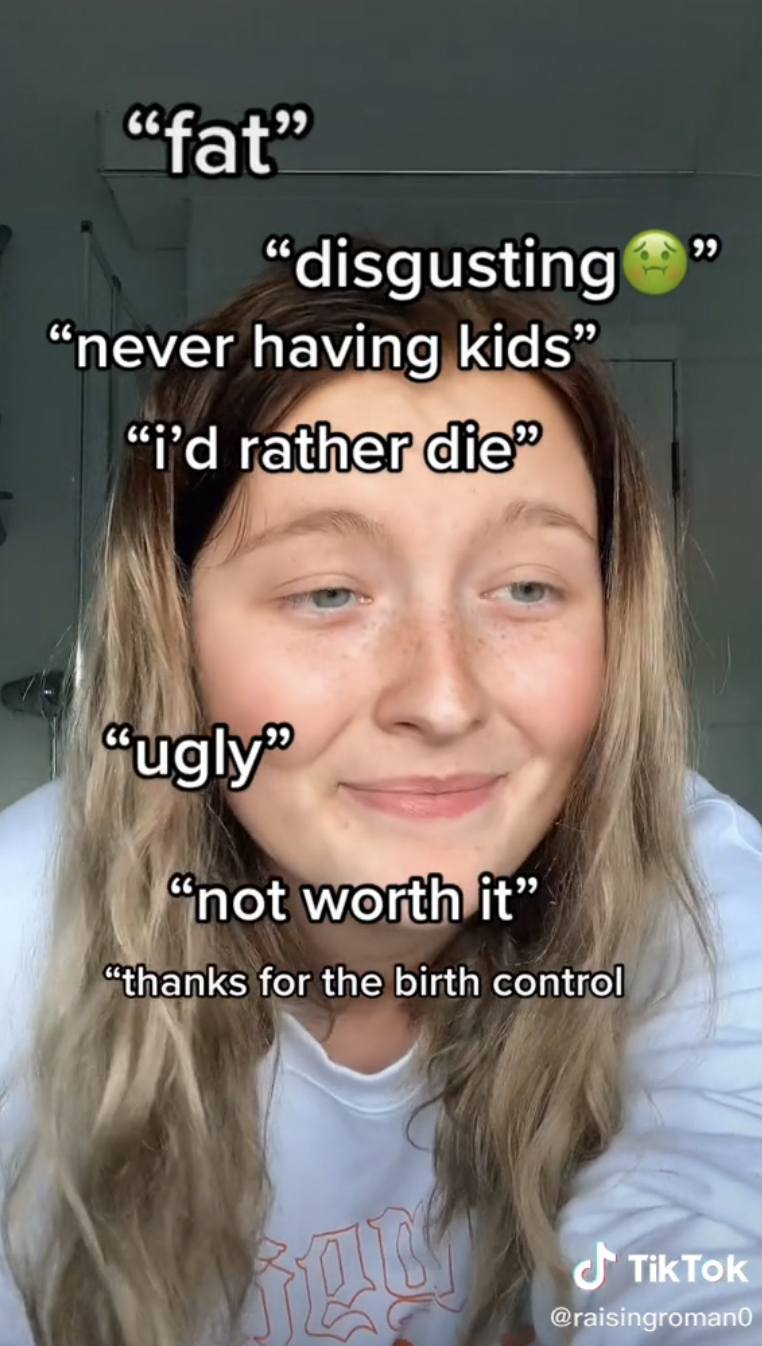 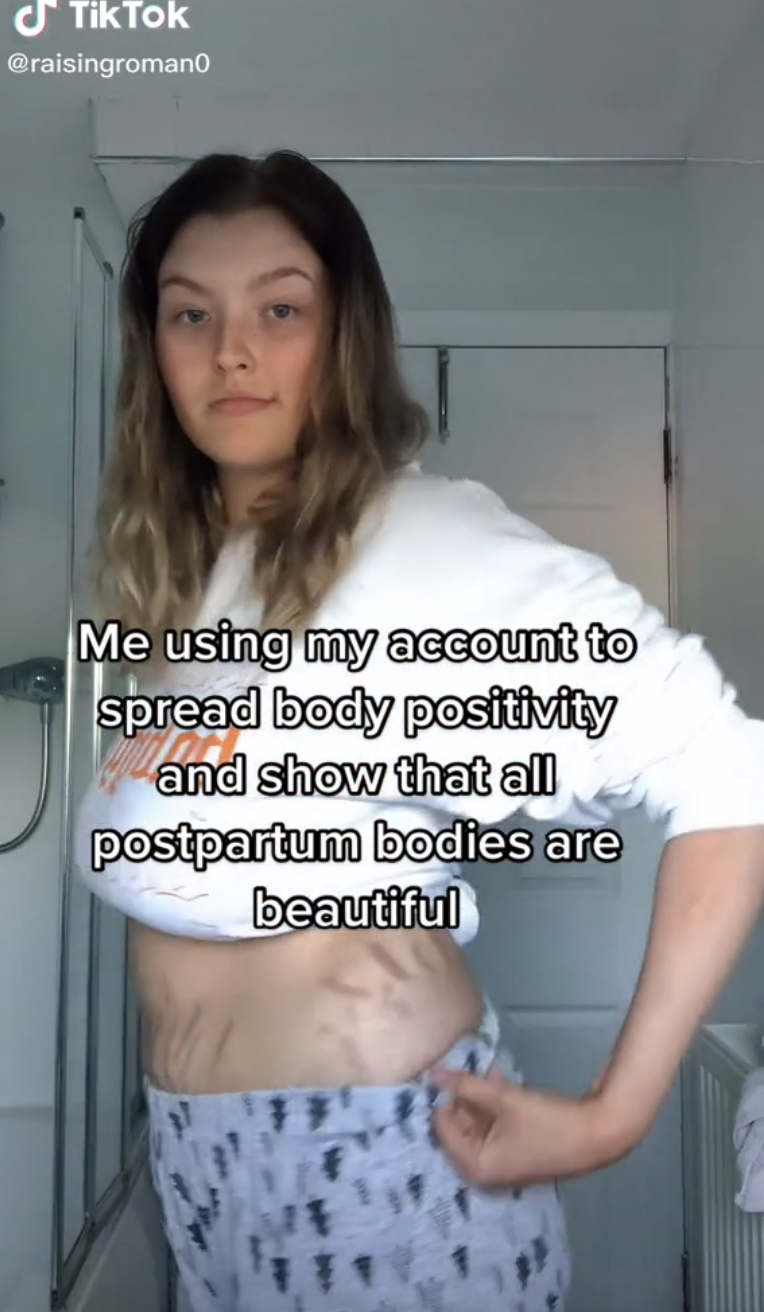 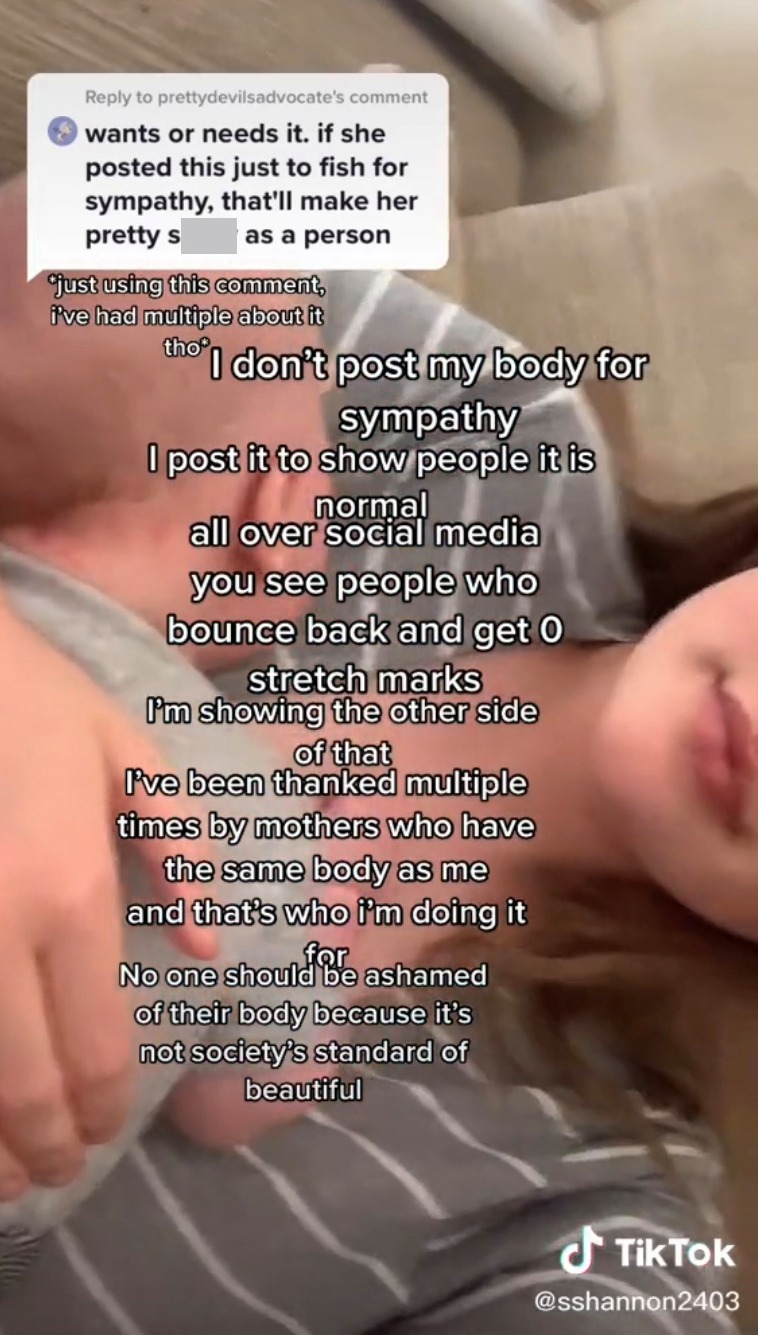 Meanwhile, one dad reveals 'we went from childfree to nine kids in three years after adopting four, having a son and then QUADS – it’s manic'.

Plus, one woman shares 'my twin brother is two years older than me – I only found out when I was 16, we even have different birthdays'.

And this woman stuns with glow-up after losing 12st – and people are amazed when she shares what she eats every day.