There was another cruel comment about her size – and once again it was from a fellow woman. 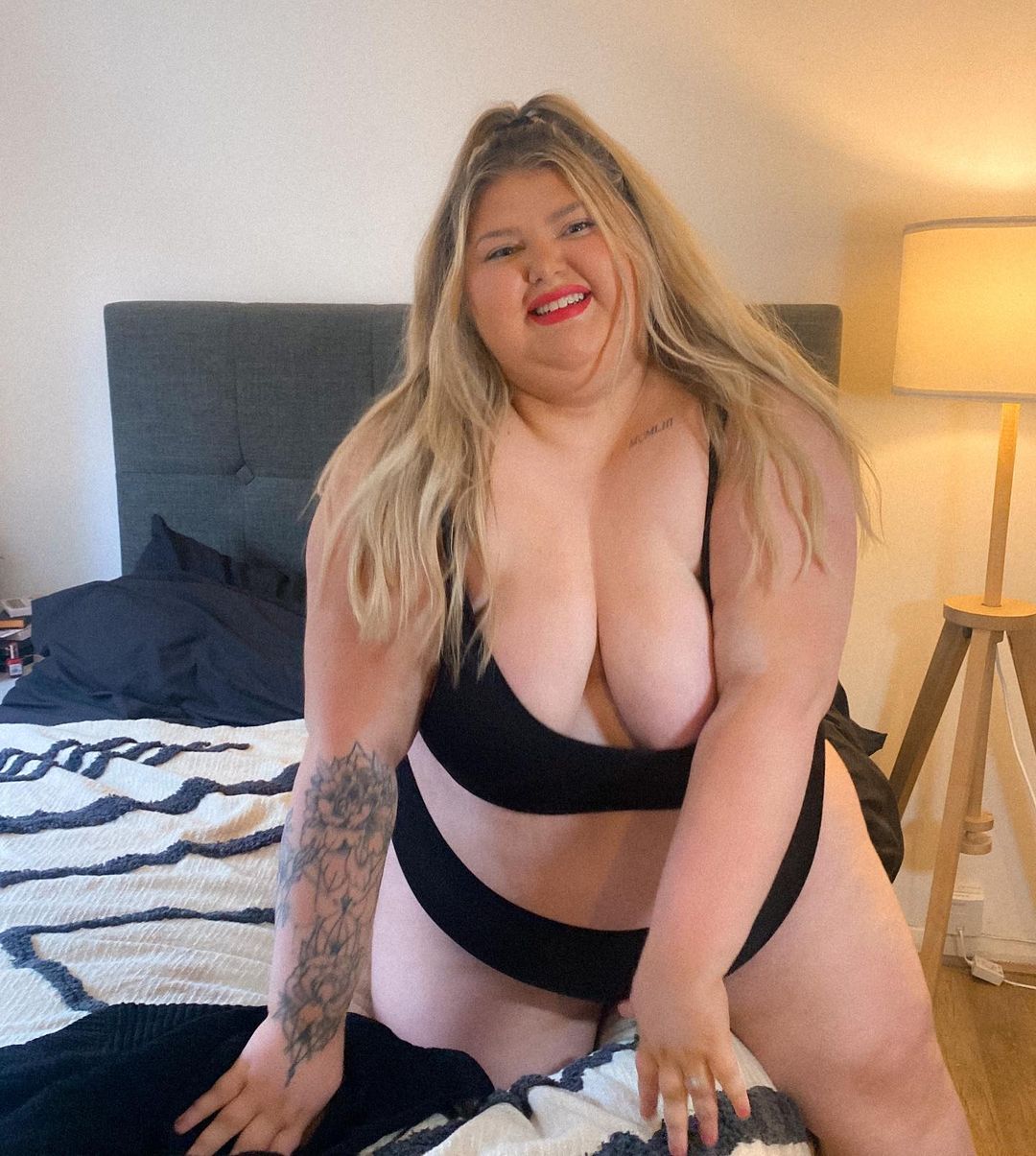 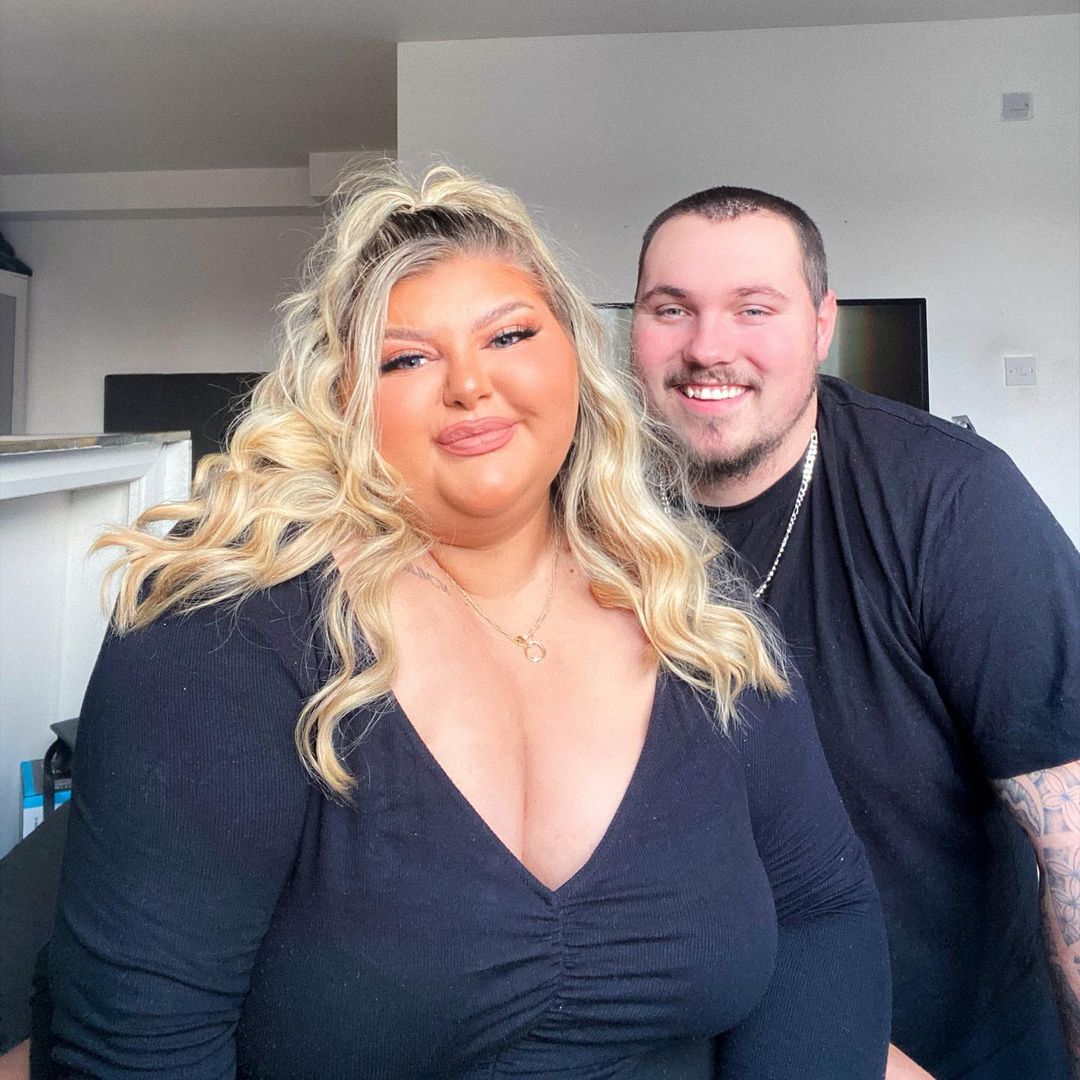 “People always write mean things,” the influencer who has 85.6k followers across her Tiktok, YouTube and Instagram pages said. “‘You’re so fat and it’s your fault,’ is something I hear a lot.

“Other people, often women, have said, ‘You’re going to have a heart attack’. Another thing I get is, ‘When you walk there are earthquakes.

‘I’m even called Violet Beauregarde after she chews the bubble gum and swells up in size.”

“One person said, ‘You’re literally that girl from Charlie and the Chocolate Factory that chews on that new gum without the colour.’”

But it isn’t just jibes about her size 26 frame Caitlan has received. People have accused her of being as bad as people who promote anorexia and said her slim fiance Sam Woolf, 23, who she got together with when she was 15, is bound to cheat.

“This is just as unhealthy as being underweight and someone making a ProAna TikTok,” one cruel troll wrote on her TikTok recently. “We should NOT support that and I do not support this. Not good.”

Another added: “Promoting obesity is not okay.”

She’s also told she would look “better in Spanx” – with fellow ladies often being the worst trolls and one mum saying she wouldn’t let her daughter “go out like that” when she wore a thigh-skimming frock.

“As a plus size woman – sorry love but for God’s sake get better underwear,” wrote one troll recently. “You need to invest and get measured for a decent bra and buy control pants.”

She’s also shamed for wearing her favourite body con dresses but won’t stop flaunting her figure in them – even posing in sexy underwear.

“One person said ‘You should not be wearing a bodycon size at your size – it  sticks to her like s*** to her like a blanket’,” the recruitment consultant said.

“It’s so rude, I would never say that to anyone – keep your comments to yourself,” said Caitlan, 22, from Southend, Essex.

“I don’t promote obesity. They’re just jumping on the hate. Get a better life.

“I don’t get it – people wouldn’t come up to you on the street and say ‘that outfit would look better with some Spanx’ so why is it okay to say such things online?

“TIt’s such an insult. It’s okay if you want to wear control underwear but I’m happy with my curves.

“It’s such a toxic energy. I won’t be shamed for wearing a skintight dress. I don’t get why a bigger girl can’t wear a bigger dress and be happy in their own skin.”

Caitlan, who met carpenter Sam through BlackBerry Messenger seven years ago and got engaged to him in August, said she tried not to let the trolls’ cruel comments get to her but they did sting.

“Historically, I would see a comment and Sam would realise my mood had changed and I would seem down,” she said. “Now I am really trying to work on that as I know the trolls are the bullies and the ones in the wrong. Their actions shouldn’t impact me – who are they to police my size? What’s it even got to do with them?”

It’s such a toxic energy. I won’t be shamed for wearing a skintight dress. I don’t get why a bigger girl can’t wear a bigger dress and be happy in their own skin

Even though Caitlan is 100 percent happy with how she looks and feels she has recently started a new journey “towards a more healthier lifestyle, involving physical exercise and diet”.

She said: “I actually think I look great and I am sexy. I’m going to continue wearing short skirts and bikinis.

“Plus Sam says I am sexy at any weight. When he got with me I was a lot slimmer, but he has always reassured me that he loves any size.

“Plus our sex life is great – there’s no problems there!”

Sam said: “I am so happy with mine and Caitlan’s relationship, she is the most beautiful person alive and I am so happy to be with her.

“All the trolls out there are people who are not happy with their lives so they feel the need to put other people down. What kind of world do we live in where that is okay?” 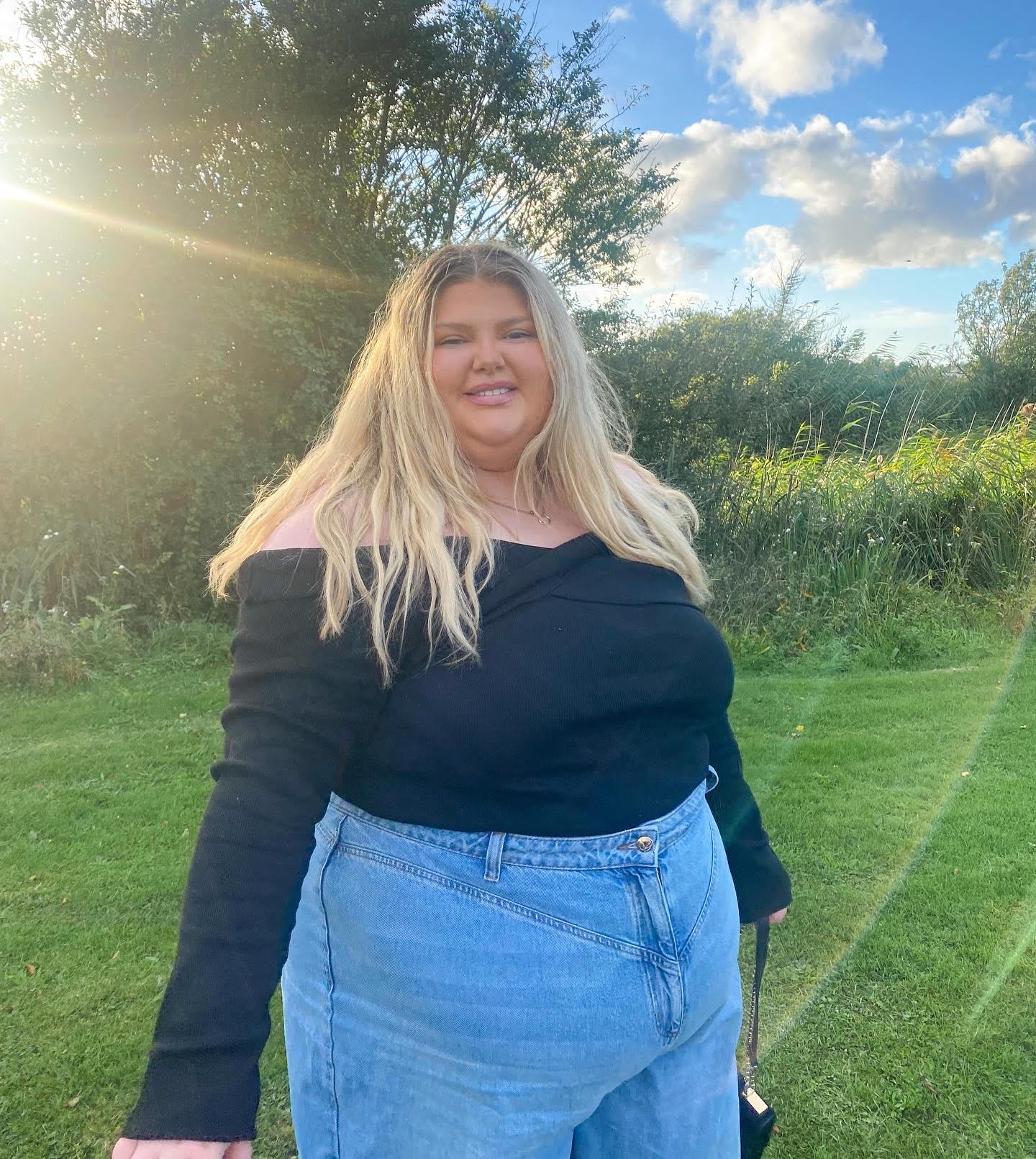 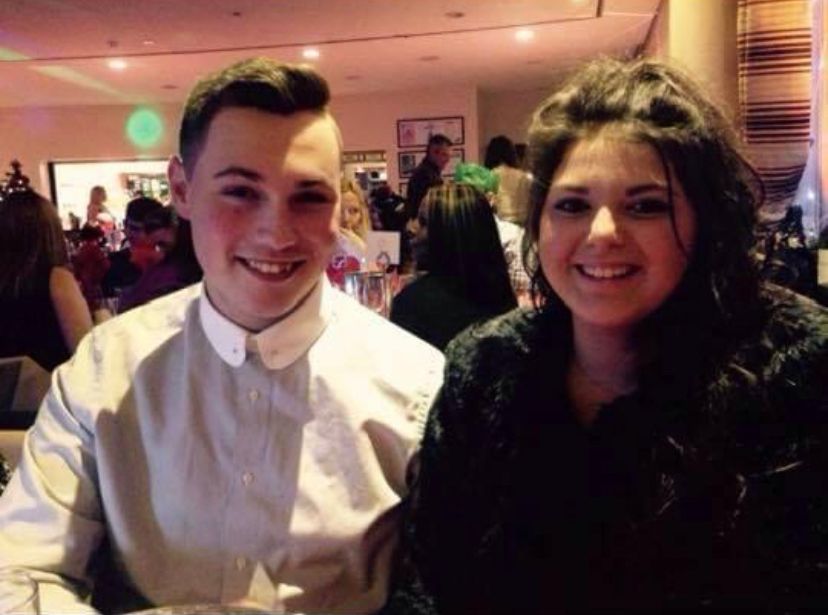 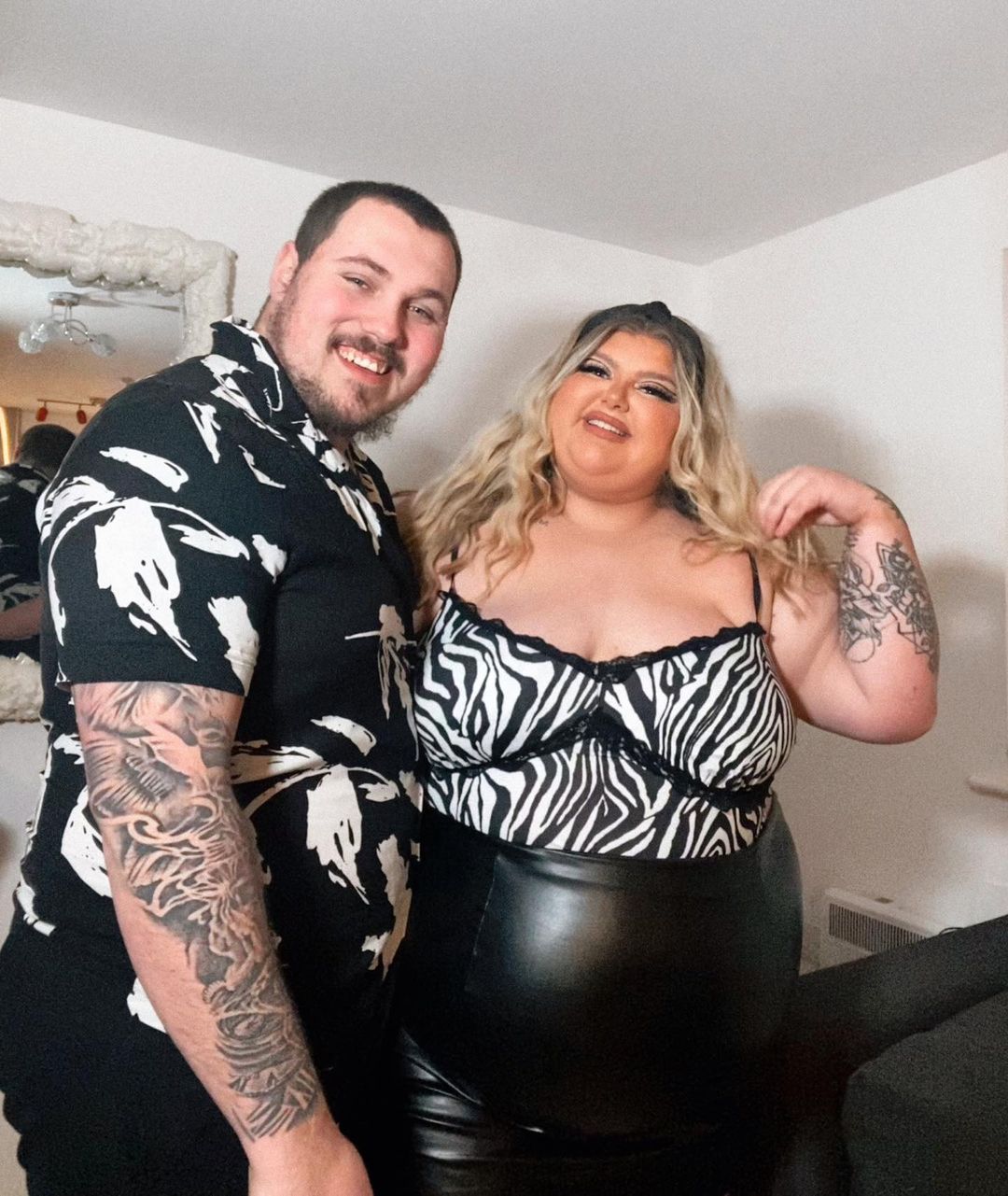 We shared how a model who lost 8st and was crowned Miss GB insists it’s NOT ‘fat-shaming’ to call people obese.

While this new mum reveals the one simple change she made to lose 7st – and you can do it with a newborn.

And Jonathan Ross’ daughter Honey says she’s happier as a size 18 than her slim friends who suffered from eating disorders.

10/07/2021 Fashion Comments Off on I'm a proud size 26 & constantly fat-shamed for dressing sexily – women are the worst, they tell me to buy Spanx
Recent Posts