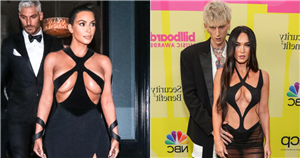 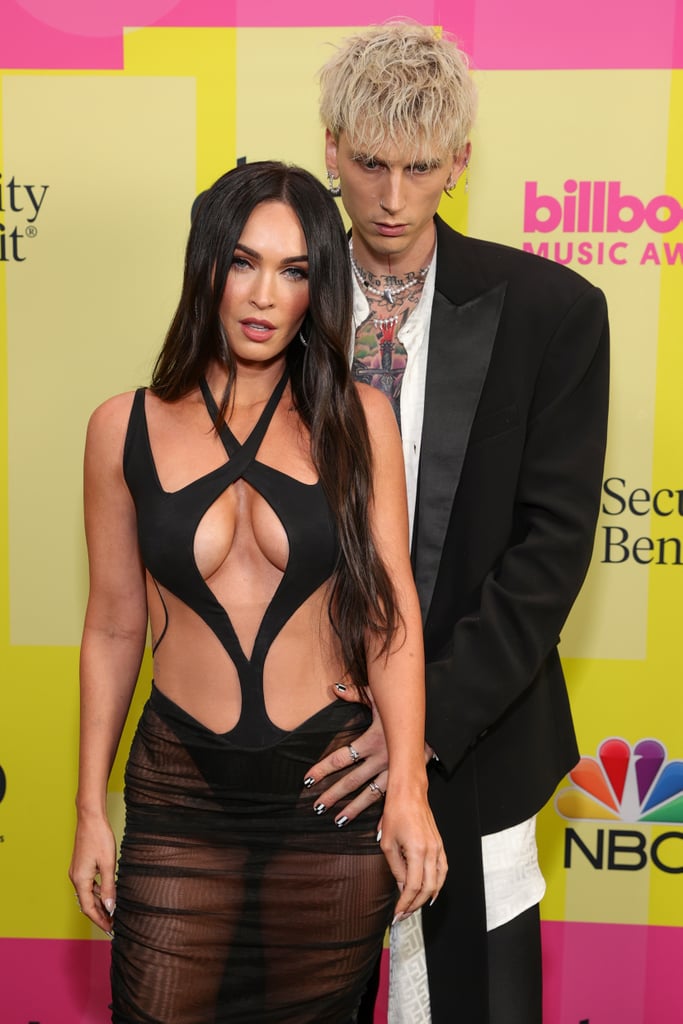 If your head is still reeling from Megan Fox’s sexy cutout dress from Sunday night’s Billboard Music Awards, you are not alone. Megan wore French fashion designer Mugler’s famously sexy cutout dresses while serving up some serious PDA with boyfriend Machine Gun Kelly on the red carpet. (We’re also not over Machine Gun Kelly’s black painted tongue. . . ) If you’re wondering why her dress looks so familiar, it’s because another celebrity wore a longer version of the dress a few years back.

Kim Kardashian sported a very similar dress to the Hollywood Beauty Awards back in Feb of 2019, and it is one of her most revealing looks to date. The reality star, Skims designer, and beauty mogul accompanied by her hairstylist, Chris Appleton, wore a busty black Thierry Mugler dress with a thigh-high slit, a wraparound neck, and two large cutouts in the upper torso area. While Megan’s dress was from Mugler’s spring/summer 2021 collection, Kim’s was a vintage piece. One thing that both of the dresses accomplished? Giving us major anxiety that a wardrobe malfunction could happen at any moment because of those daring cutouts. Keep reading to take a look at both of the starlets wearing the dress ahead.

05/28/2021 Fashion Comments Off on If Megan Fox's Cutout Mugler Dress Looks Familiar, It's Because Kim K Wore It in 2019
Recent Posts