Helen Ross, 38, from Canterbury, Kent, was devastated when her relationship with her childhood sweetheart fell apart but threw herself into her modelling work. 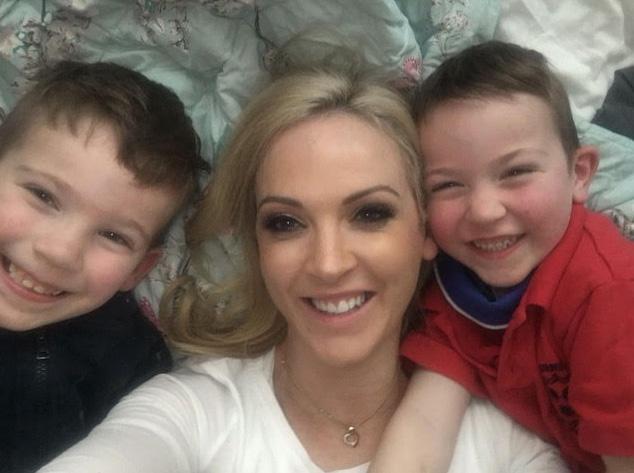 She was set to be in Florida, USA, for two weeks, modelling for several fitness and fashion brands, but her trip was cut short when she collapsed on her first day of a shoot.

Her heart stopped again in hospital and doctors diagnosed her with stress-induced cardiomyopathy.

It's also known as 'broken heart syndrome' and medics said Helen's was caused by the trauma of the break up – but is usually only seen in elderly people who lose a life partner.

According to the British Heart Foundation, the condition occurs when the heart muscle becomes suddenly weakened and stops pumping blood to the body as well as it should. 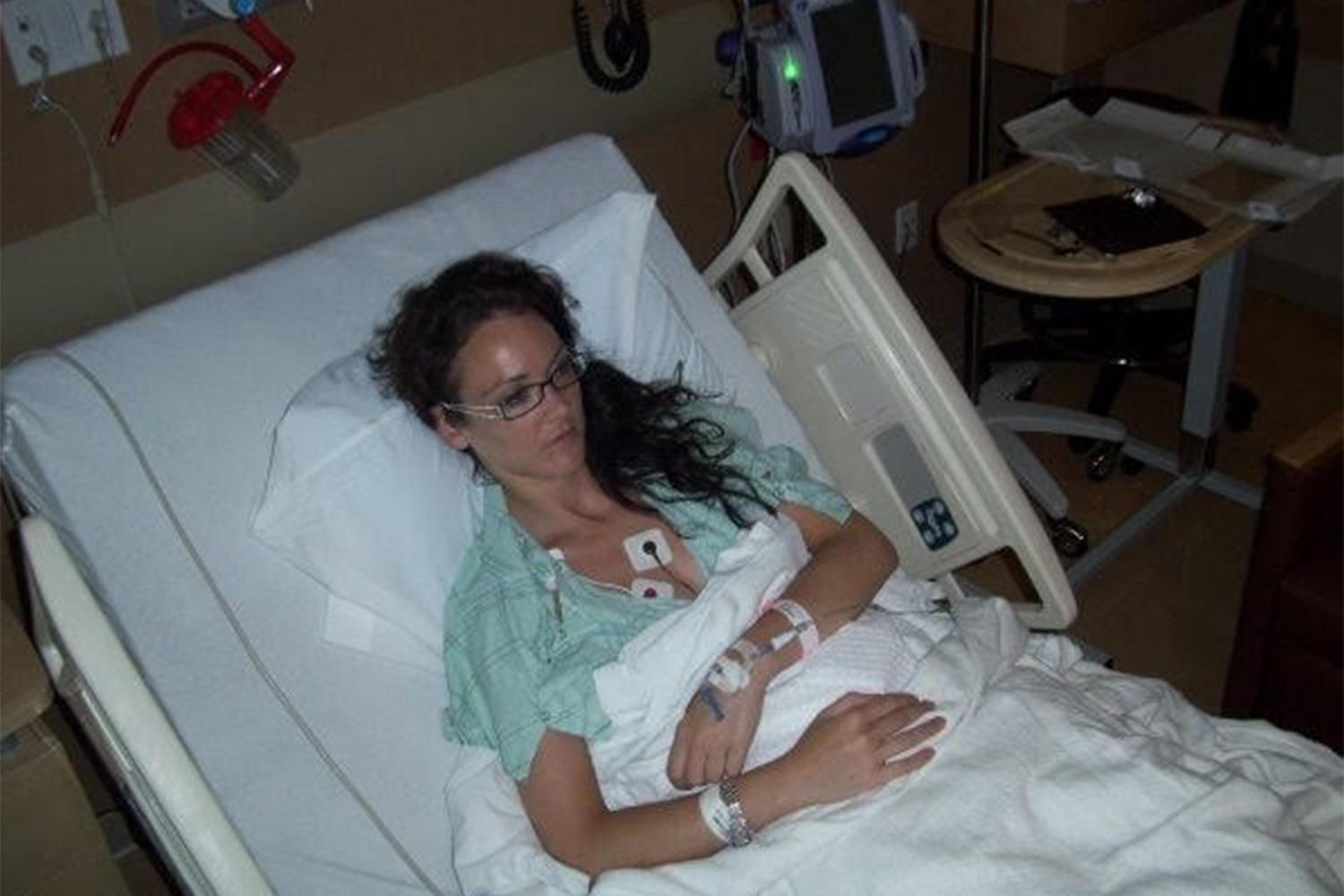 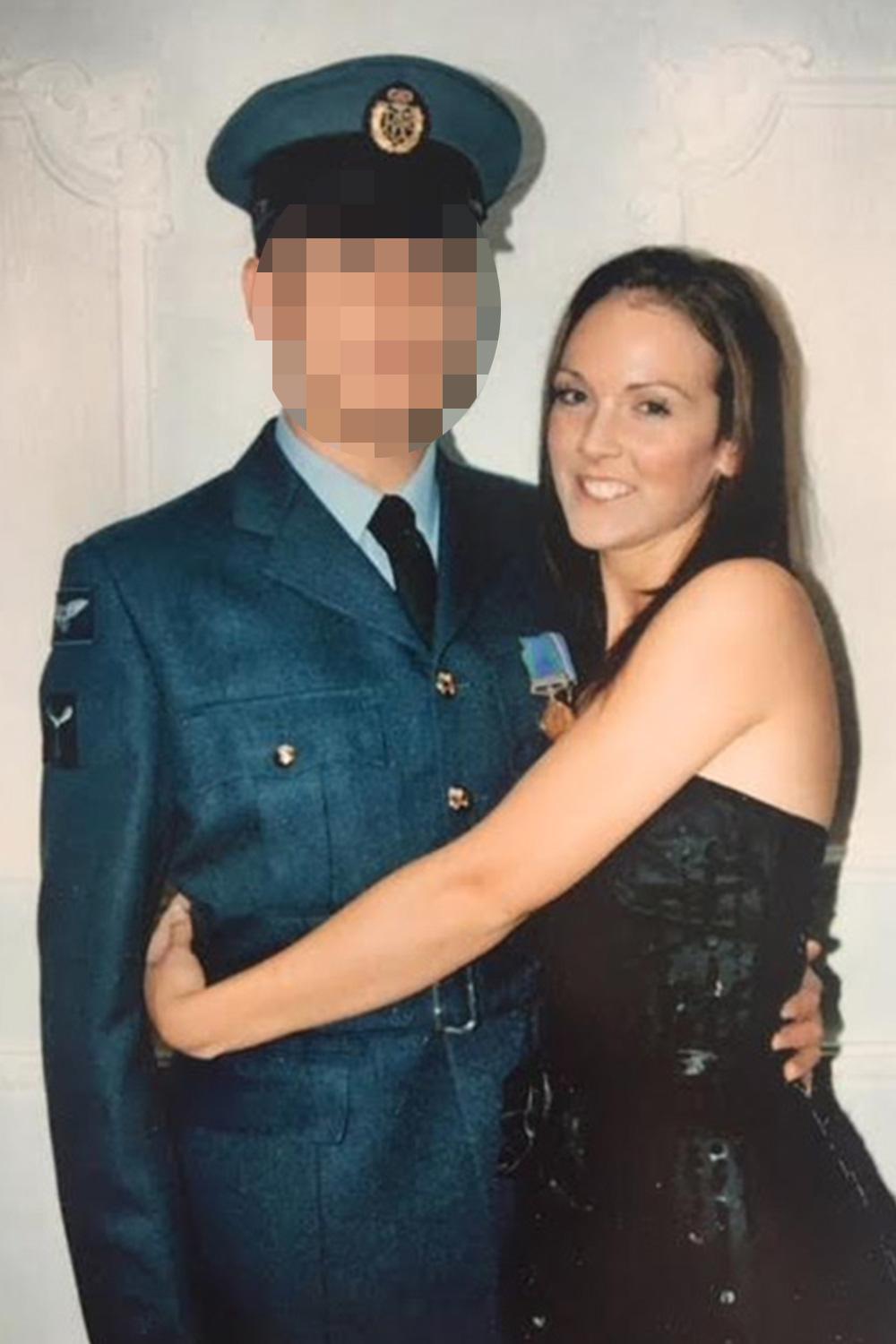 Heartbroken Helen spent three days in hospital in Florida recovering, before flying back to the UK to have a pacemaker fitted.

The mum-of-two is sharing her story in a bid to help others appreciate their lives more – like she now does.

Helen explained: "I had never heard of broken heart syndrome before it happened to me – I couldn't believe a break up could affect me physically, to the point where I could have died.

"I felt distraught by the break up, but I didn't realise it had actually broken my heart." 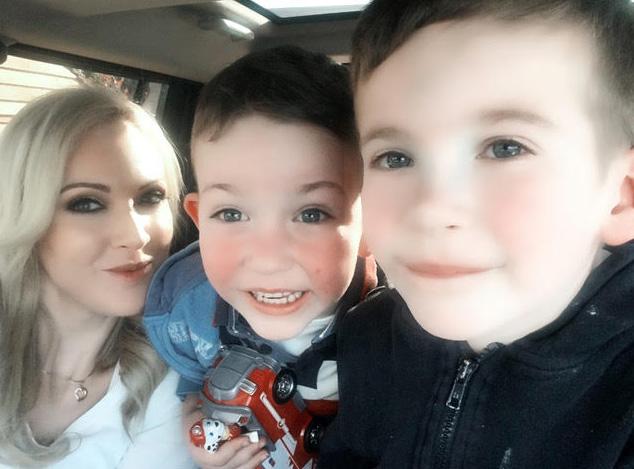 She admitted she was "inconsolable" but jetted to Orlando, Florida, for modelling work to take her mind off things.

Helen said: “I loved him to bits and could have never pictured myself without him after we'd built a life together.

“We'd only just bought a house when we broke up.

“It had only been a few days, but my friends and family were telling me to just go.

“I'd only been in Orlando for 24 hours and was feeling physically normal, but out of the blue I just collapsed – there were no warning signs.”

Staff on the photo shoot called an ambulance and she was rushed to hospital, where she woke up 30 minutes later.

Doctors were dumbfounded and couldn't explain why a healthy, 26-year-old woman had collapsed seemingly randomly.

I felt distraught by the break up, but I didn't realise it had actually broken my heart.

Helen recalled: “The doctors and nurses were really great, they wired me up and explained I'd have to stay overnight for observation so they could monitor my heart.”

She woke up the next morning she noticed a nurse watching her anxiously – and discovered her heart had stopped overnight.

She said: “She asked me how I was feeling and how I had slept, and I told her fine – as far as I was concerned, I'd slept like a baby.

"She told me my heart had stopped beating while I was asleep – it had flat-lined.

“I was shocked and couldn't believe it had happened while I was asleep, I could easily have died.

“But weirdly, by the time the doctors had come rushing in with the defibrillator seconds later, my heart had started up again by itself.

“They called it pot luck.”

Doctors asked if she had experienced a recent trauma.

What is broken heart syndrome?

According to the British Heart Foundation, Takotsubo cardiomyopathy, also known as takotsubo syndrome, is a condition where your heart muscle becomes suddenly weakened.

The BHF said: "The left ventricle, one of the heart’s chambers, gets larger and changes shape. This means this part of the heart doesn’t pump blood to the rest of the body as well as it should.

“Takotsubo cardiomyopathy was first reported in Japan in 1990.

"Although the cause of Takotsubo cardiomyopathy is not yet known, in many cases, it’s brought on by emotional or physical distress.

“Examples include: bereavement; domestic abuse; physical assault; acute illness; recent surgery; an asthma attack; financial worries or debt; being involved in a disaster, such as an earthquake or terrorist incident.

"There have also been reports of people experiencing Takotsubo after a happy event such as a wedding, reunion or a new job. Some people won’t have, or be able to identify, a specific event that caused the condition."

She explained: “I told them how hard the breakup had been for me, how devastated I was and they nodded and immediately said it was to blame.

“I had no idea that this sort of thing could happen, but they explained it isn't entirely uncommon in elderly people who lose their life partner – but it was rare in someone so young.

"They thought it had almost certainly happened to me the day before, and was the reason I had collapsed at the photo-shoot."

Helen was in Florida Hospital East Orlando for three days, where she was monitored and tested and deemed fit enough to make the journey home so she could receive treatment in the UK.

Through her insurance company, she was flown by helicopter back to her home at the time in Scunthorpe, Lincolnshire, and was immediately taken to hospital for further monitoring.

Helen was fitted with a pacemaker to regulate her heart during her three day stay at Scunthorpe General Hospital, which she had removed in 2014 after no further complications. 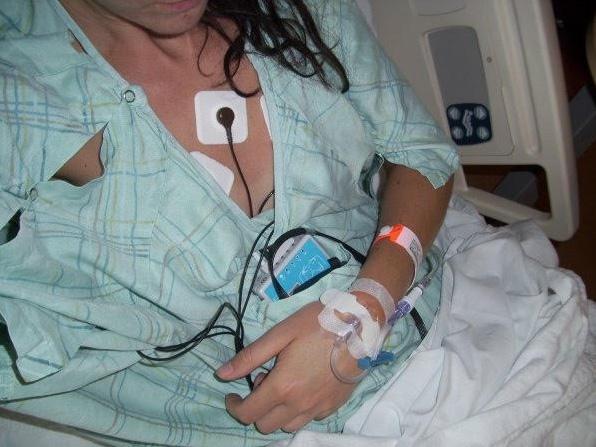 She said: “My dad met me in Scunthorpe and helped me get tenants for the house I had lived in – I needed a fresh start.

“I re-enrolled in university to study Equine Sciences at University of Lincoln and focused on rebuilding my life without my partner.”

Helen vowed never to let herself feel so dependent on a man ever again in an effort to avoid future heartbreak.

Helen added: “It taught me to focus on the positives and everything I have going for me, as well as to love myself more.

“I know now I will never let myself get in that position again.”

Helen now lives with her two sons Hugo, six, and Henry, five, and runs her own business, HRP Equestrian, which makes horse saddles. 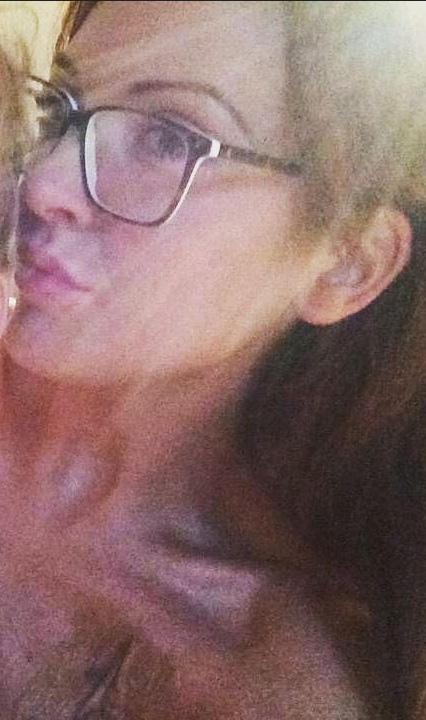 She founded children's charity Hugs4Lungs in 2014 which runs a 24-hour support line for parents with children that have breathing difficulties.

Helen's son Hugo has suffered with Multiple Airway Malacia, Tracheobronchomalacia and unsafe swallow since birth and was diagnosed aged two.

A spokesperson for Cardiomyopathy UK, Dr Daniel Hammersley, told Fabulous: "The condition causes temporary weakening of the heart muscles which results in the pumping function of the heart.

"It can be associated with events that cause intense stress or emotion in some cases. Patients who develop this condition generally experience symptoms of chest pain or breathlessness.

"Fortunately, in the vast majority of cases the heart muscle function recovers within a few weeks. It is a rare condition overall. It affects women more than men. Most frequently it affects people in their 50s or 60s, although it has been seen in other age groups."

Mum dies of ‘broken heart’ weeks after losing her son – as docs fear both suffered same deadly condition as her grandad.