A few months later, the pair were out shopping in Croydon when they spotted a sexual health promotion at the side of the road – a free pair of girl's boxers bearing the slogan 'Tried and Tested' in exchange for an STI test. 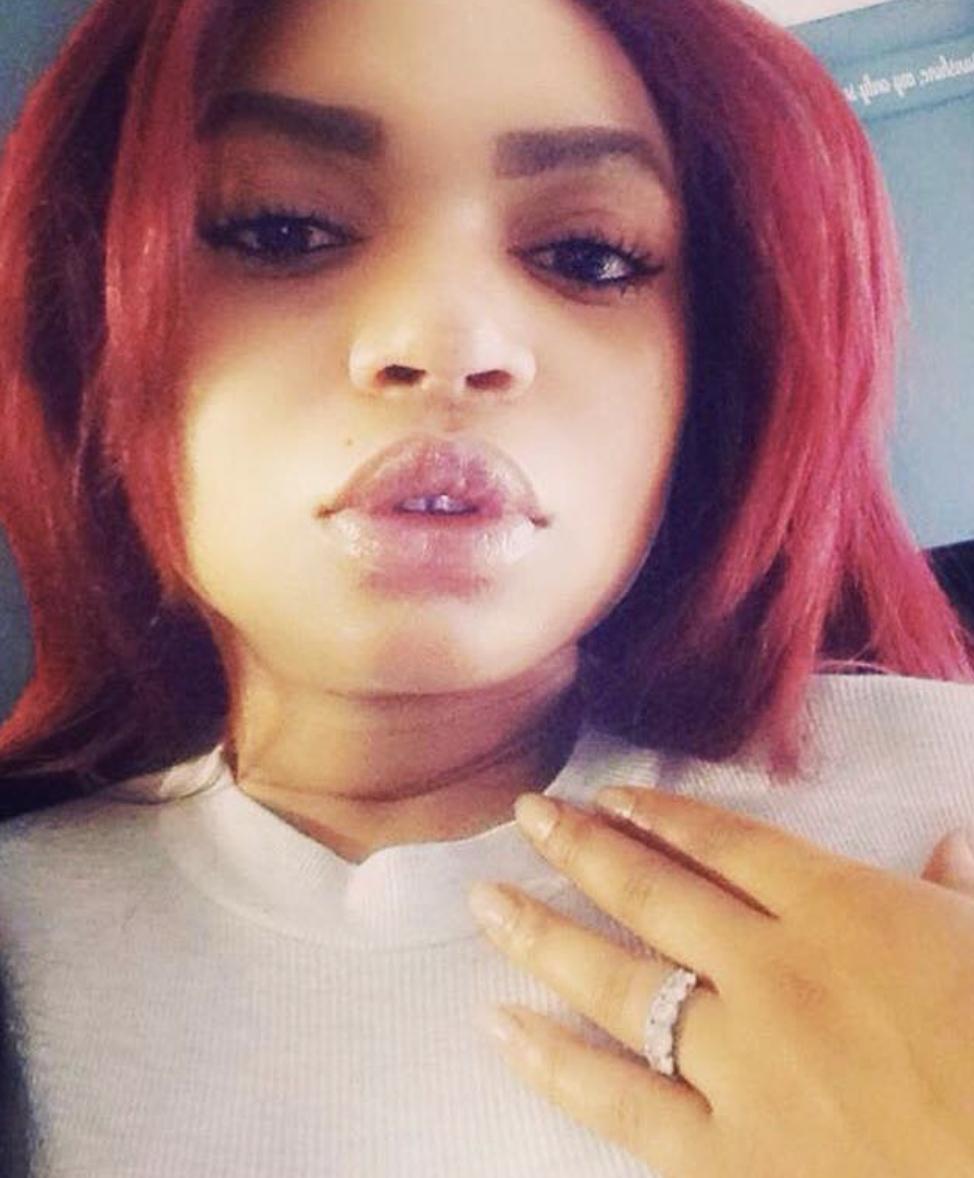 Keen for a freebie, Nariece signed them both up. But, weeks later, she received a calling telling her she had TWO STIs – chlamydia and gonorrhoea – and it emerged Christian, 27, had been cheating.

Now, the 22-year-old, from Carshalton, Surrey, shares her shocking story with Fabulous.

I fancied Christian as soon as I met him at a bar in Croydon in 2016. I was on a night out with my friends when he came over and introduced himself. As he held out his hand, I immediately noticed how handsome he was when he smiled.

Christian was four years older than me and was incredibly warm and friendly. He made me laugh with his quick wit and fantastic sense of humour and I could feel myself becoming interested in him – so when he offered to drive me home I said yes. 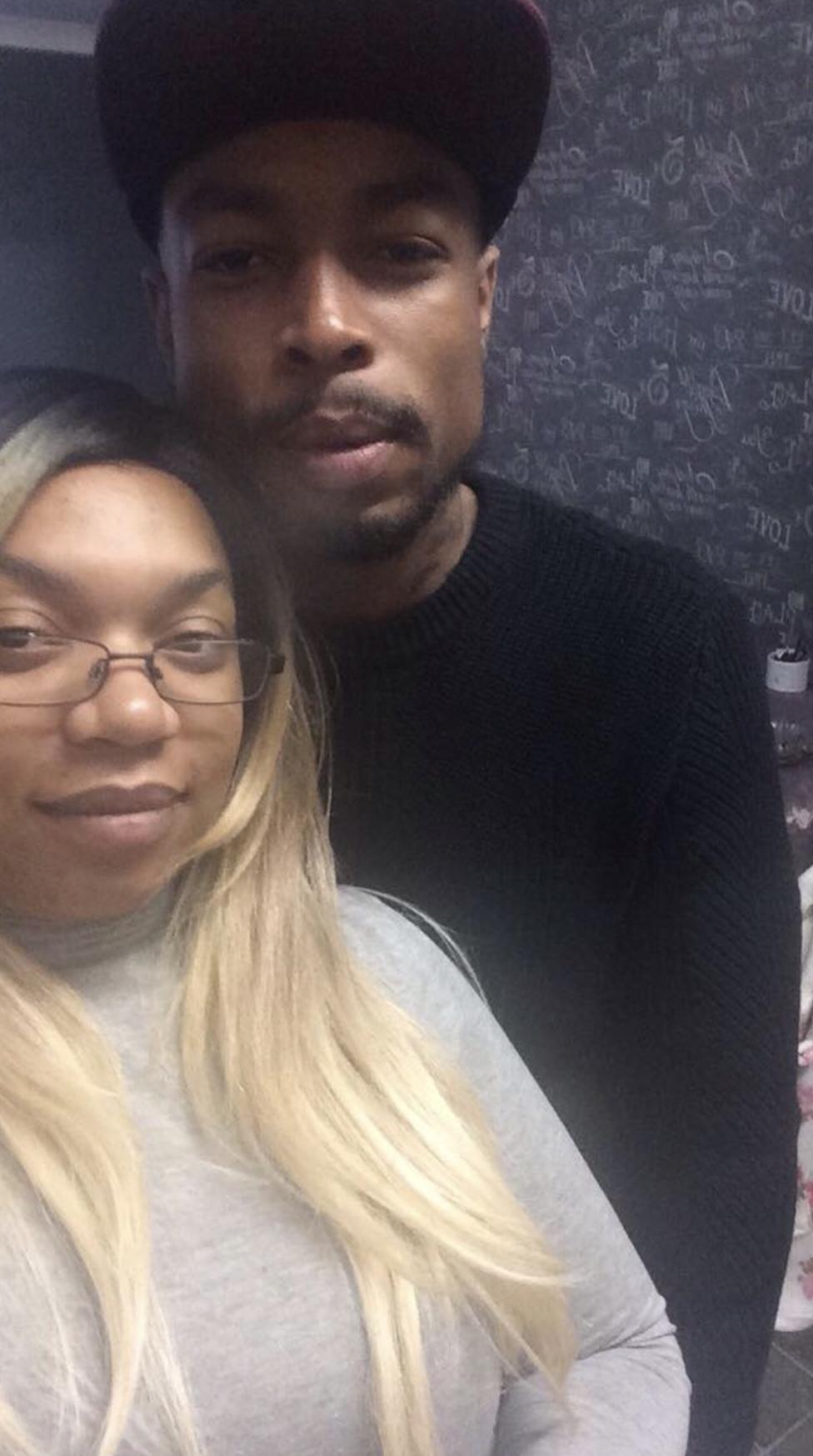 We pulled up outside my flat and before I got out of his car he turned to me with a nervous smile. As he asked for my number, I felt my heart quicken and immediately punched it into his phone.

We kept in touch and a few weeks later we met up for another drink. We got on brilliantly and it wasn’t long before we were a couple. He had a way of making me feel special.

"You’re so beautiful," he would say. "I’m so lucky to have you." Christian treated me like a princess and I felt on top of the world. Just a month into our relationship he told me he loved me. I felt the same way.

Quiet but charming he was all I wanted in a boyfriend. Life with Christian was bliss. 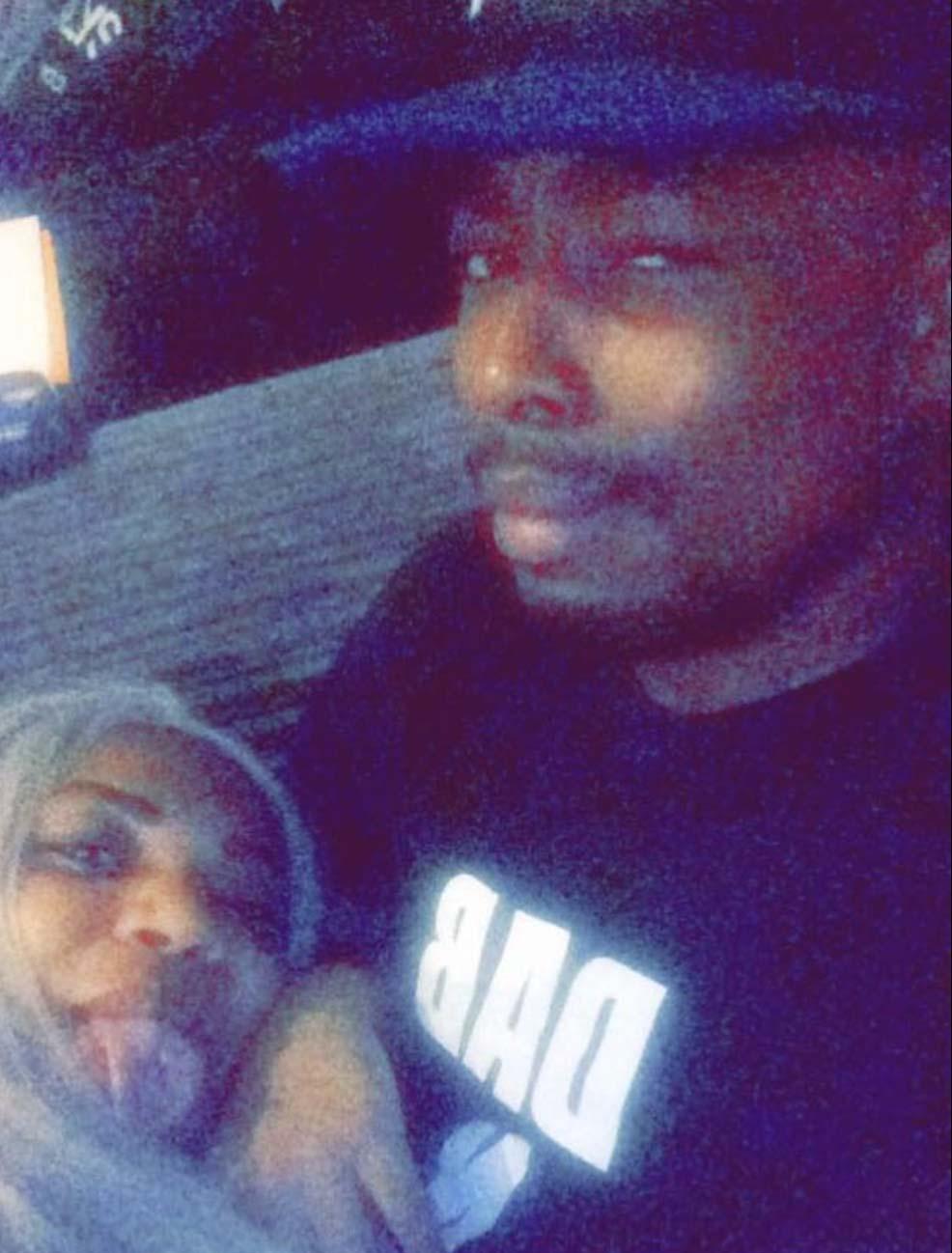 Sometimes he’d be out for a few hours but other times, I wouldn’t hear from him for days.

Ten months later, on Christmas Day, Christian told me he had a surprise for me. "I want to be with you for the rest of my life," he said. "Will you marry me?"

In his hand was a box containing the most gorgeous ring I’d ever seen. I didn’t hesitate to say yes immediately.

The following month we were strolling down our local high street in Croydon when a woman at a colourful stand caught my eye. She was offering free limited edition vests and girls’ boxers in exchange for taking an STI test.

She told me it was a promotion to get more people tested and to raise awareness. I turned to Christian, who was shuffling on his feet awkwardly.

I’m a sucker for a freebie, so straight away I was tempted. The boxers had the slogan Tried and Tested, which I thought was really funny.

But Christian groaned as the woman gave us the kits and directed us to the nearby McDonald’s so we could take the test in the toilets.

Within half an hour we had done the test – a urine sample, handed it in and claimed our free gifts. The woman took our number and we went on with our day, and I forgot all about it.

A few weeks later, I lost my phone. It took me more than a year to get my old number from my phone provider but when I did, in April 2018, hundreds of voicemails and texts flooded the screen.

Listening, many were from the STI clinic. They all said the same thing: "Call us… it’s urgent." I had no idea when the voicemails had been left but I called them back straight away. 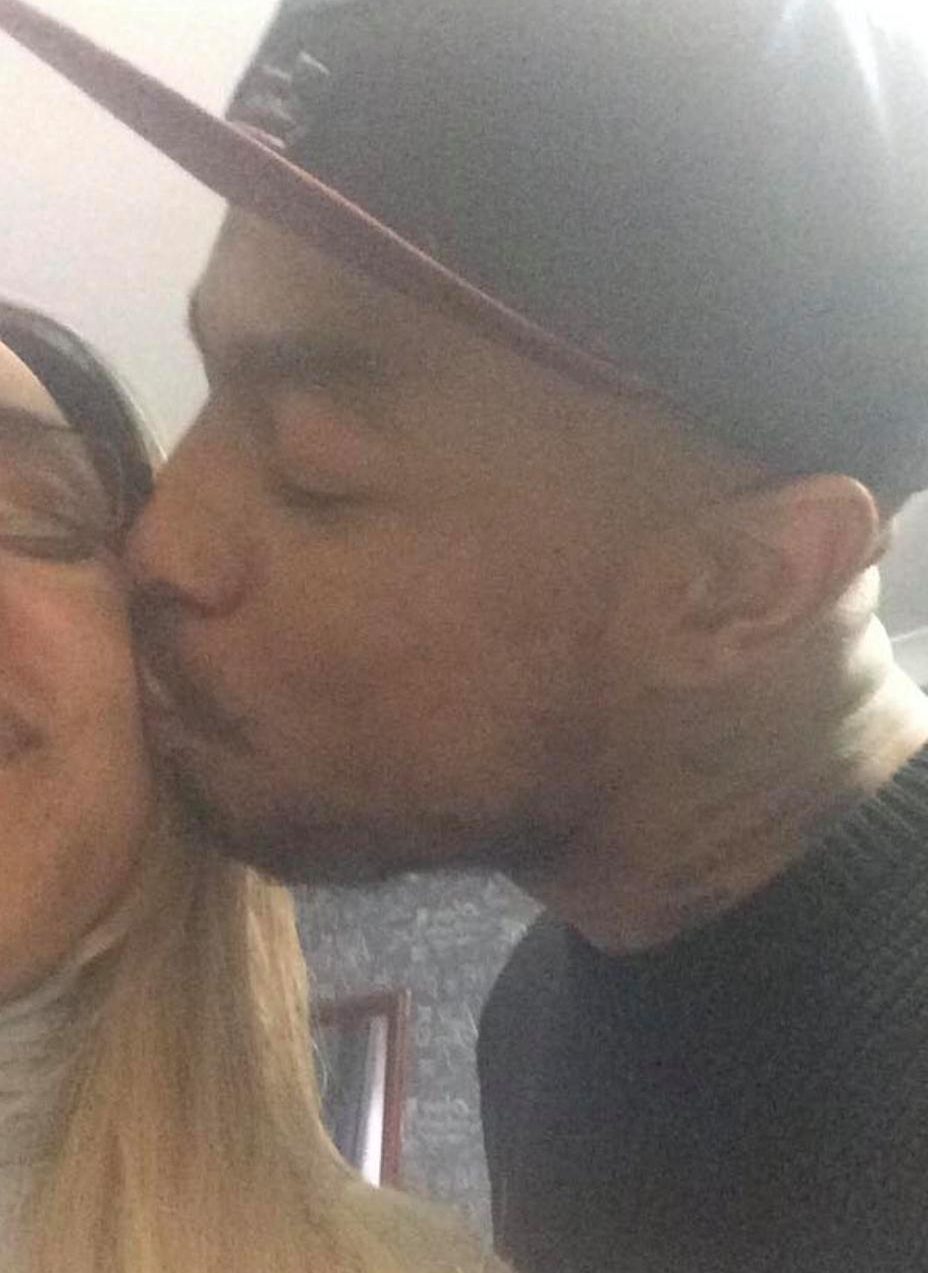 I was horrified when a nurse explained they’d been trying to reach me for months. She told me I had chlamydia and gonorrhoea and needed treatment immediately.

The news left me feeling sick with shock. I hadn’t suffered any symptoms and I certainly hadn’t slept with anyone other than Christian.

I’d taken a test just before we had got together and I’d received the all-clear. The nurse warned that although I’d had no symptoms, my future fertility could be affected.

Gradually my shock gave way to anger. Since I’d been clear before I met Christian, there could only be one culprit. "It’s probably best if you let any sexual partners know too," she continued. “We always advise this as you could have passed it on to others.”

“Oh I will be, don’t worry,” I said, before hanging up and dialling Christian’s number.

There were hundreds of messages and sexy pictures from another woman

I went straight to his apartment, where I told him about the phone call, but he denied any wrongdoing. He seemed very calm for someone who was just told that he might have not one, but two STIs.

Not only had he quite obviously been cheating but Christian had risked my health and fertility too. The problem was, I didn’t have any evidence. So I hatched a plan to catch him out, once and for all.

That night, I quietly let myself into his flat. He was asleep in bed, so I grabbed his phone and searched through his messages.

What I found made me furious. There were hundreds of messages and sexy pictures from another woman.

That’s when he was forced to admit the truth. He had been cheating since the start of our relationship.

When he realised he was well and truly caught out, he didn’t seem to know what to say. "I’m so sorry," he mumbled. "This is all my fault. I can’t believe I was so stupid." It was almost too much to bear. So I dumped him.

Some strains of gonorrhoea have also become resistant to antibiotics (so-called “super-gonorrhoea”), with one case already diagnosed in the UK.

Around 90% of men get penile discharge, a swollen foreskin or burning pain on urination, but only around 20% of women will get symptoms.

“Vaginal discharge, bleeding after sex and pelvic pain are the most common,” says Dr Philippa Kaye.

Left untreated with antibiotics, it can cause blindness in newborn babies and infertility.

One reason it’s so prevalent is that most people won’t get any symptoms, as the bacteria only causes issues in around 25% of women and 50% of men. “Where symptoms are apparent, women might have bleeding after sex and between periods, while both men and women might experience pain urinating,” says GP Dr Philippa Kaye.

If left untreated with antibiotics, it can cause infertility. “It sets up an inflammatory process in the body,” says Dr Kaye.

“This increases the chances of having an ectopic pregnancy – where the embryo settles in the tubes rather than your womb. This can be life-threatening and can damage your tubes.”

I was given an injection to treat the gonorrhoea at an STI clinic. I was upset that I had to have it, but knew I needed it. I had tablets for the chlamydia and a two week course of antibiotics.

I was upset breaking up the engagement because he was my best friend but how can you go back from that?

Christian was reckless with my heart, and my health. And for that, I will never forgive him. I’m now single and taken care of my health.

I’m so glad I took that test. It might not be what I wanted to hear but I needed to know it.

Christian said: Of course I regret it, she’s a cool girl and if I could change it I would. We got serious quickly. It’s probably part of the reason this happened.

We were walking together on the high street and took a test, it came back positive for chlamydia and gonorrhoea but there was a question over where it actually came from.

But there was only one other woman and I got caught out.

But it all came out because I fell asleep and she’s gone through my phone and found a text. I woke up to both of them talking on the phone to each other. It was all really messy.

Sadly, Nariece isn't the only one to have fallen prey to a cheating fella.  Vicki Low, from Scotland, busted her man playing away… but took him back anyway.