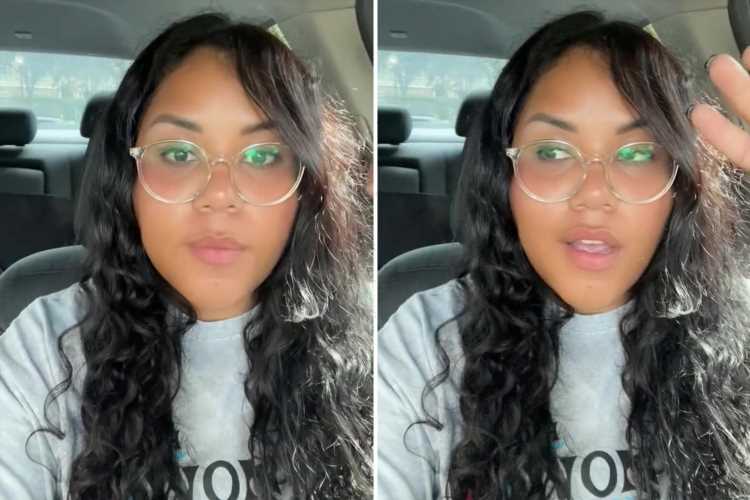 LOSING weight is a hard thing to do, but realising that people treat you differently once you’ve dropped dress sizes is another thing to deal with.

One woman has opened up about her weight loss journey – after she lost ten stone. 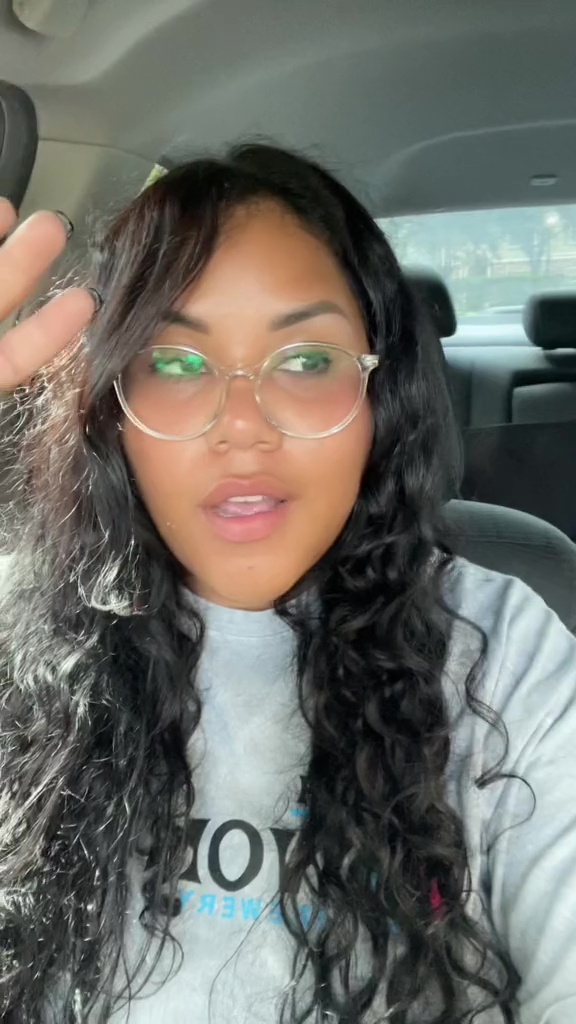 29-year-old Kati, a TikTok user that posts videos under the username ‘katiriandrea’ revealed that after she lost ten stone she was shocked at the shift in people’s attitudes.

Not only were people nicer to her, strangers even started buying her things and she was getting better job opportunities.

“So when I started weight loss I started doing it for myself – I wanted more energy, I wanted my health back, my doctor had told me I was going to get diabetes, the list goes on.

“But as I lost that weight, they don’t tell you that the whole world around you changes.”

Kati explained how people’s attitudes towards her shifted and although it felt good at the time, it was actually hard to take.

She said: “People on the street started stopping to say hello, people wanted to be my friend, like random people, the guys that would reject me or ignore me as if I was not there were now trying to buy me drinks.

“It even changed my relationship with my family – they were more excited to see me.

“For the first time ever, my grandma took a picture of me and I remember that day because it made me cry and she was like ‘oh my flakka, my skinny girl, I want a picture of you'.

“I would come over to my family's house and they would be like ‘what do you want to eat, what can I make you, your favourite?’ and it’s so crazy because when I was way bigger it was like ‘hey, stop eating or make yourself something to eat’.

“I was getting better job opportunities and I don’t know, everything around me was perfect.”

Kati revealed the impact that this had on her and her ability to lose weight.

She felt pressure to keep the weight off, fearing people would 'hate her' if she didn't.

Kati said: “I don’t know if it was in my head but when I lost all that weight, I could do no wrong, it was very strange.

“But with that I tell you, I developed an eating disorder, I was scared to gain that weight back, I was trying to eat as little as possible and work out as hard as possible.

“It really messed me up because as soon as I started to eat regularly and trying to introduce regular foods back into my lifestyle, I gained it all back.

“I gained every single pound back, and now I’ve spent the next two years trying to get that high back from when I started.

“So yeah, I’ve been hiding for the last two years, I haven't been to a single event because I don’t want people to see that I gained all the weight back. 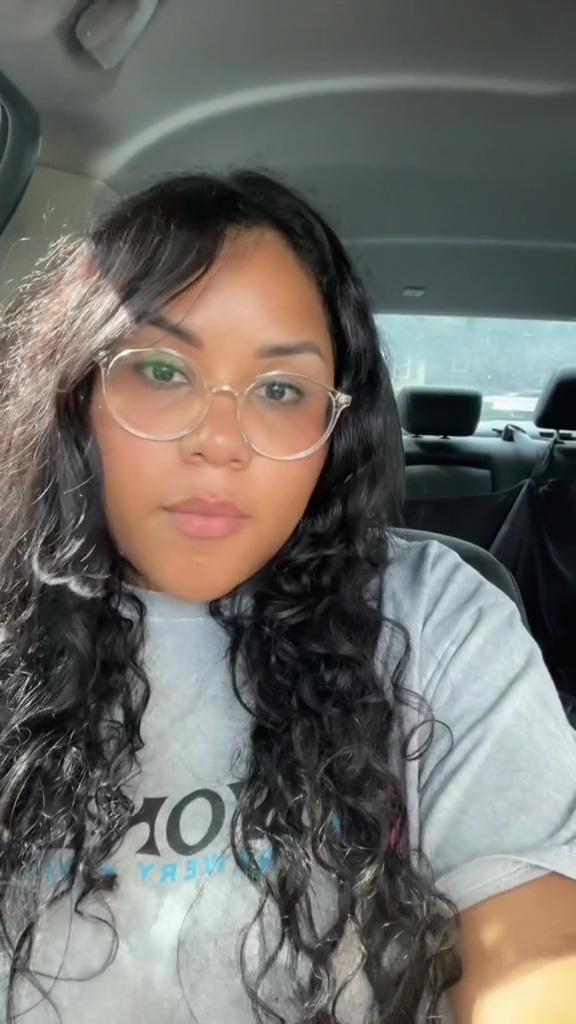 Many TikTok users took to the comments to express their shock at Kati’s story.

One person said: “Very relatable and it’s a topic that needs to be talked about more. Thank you for sharing!!”

Another added: “It’s so messed up your family treated you in that way.”

A third commented: “Fat phobia is a real thing and it’s really sad.”

One user even said: Thank you for sharing this. I am guilty of treating women differently because of their appearance as well. I am a work in progress.”

In response to comments about her family, Kati said: “I just wanted to clarify about the whole family thing.

“My family is wonderful, I have a wonderful support system at home, my grandma is my best friend, you’ll see her in a lot of my TikTOks and I just wanted to clarify that.

“Now, diving deeper, I do not blame them for the way that they thought.

“We have all been raised by society conditioned to appreciate and like ambler bodies, it’s just the way that it’s always been.

“I cannot imagine the time period my grandma or my mother was raised.

“I can imagine it was much worse.

“I also appreciate that my family loves me so much, they are willing to learn and hear me out and I know a lot of people aren't as fortunate as I am.

“I’m willing to teach it.

“Going back to the phone incident, when she took that picture I was visibly upset and she was like ‘what happened, what did I do?’

“I said ‘you've never taken a picture of me, I’m the same person’.

“She was like ‘oh my gosh, I’m sorry, I didn't even realise, you know I love you, no matter what, every shape, your whole life, I’ve loved you’.

“But I love that that happened because it gave us room for conversation.

“I got to talk to her about body positivity and how the world is changing.

“She’s 84 years-old so we don’t get to talk about a lot of serious things but it was really cool because she got to tell me about the way she grew up and how she was compared to her sister who had green eyes and who was skinnier than her and so we got to learn about each other, and I love that.

“I love that it opened up conversation.

“Sometimes, tough things happen so that we can do that,

“And I didn’t realise that making that video would resonate with so many of you and it has helped me so much to know that there are people going through what I was going through.

“And I love that so many of you have sent it to your families and you’ve told me that it’s opened up conversations and that’s all we can really ask for.

“Now, you guys have got me out of my hiding and I hope that you are doing the same.

“Go out there, spread awareness, love everybody, treat everybody the way that you want to be treated.” 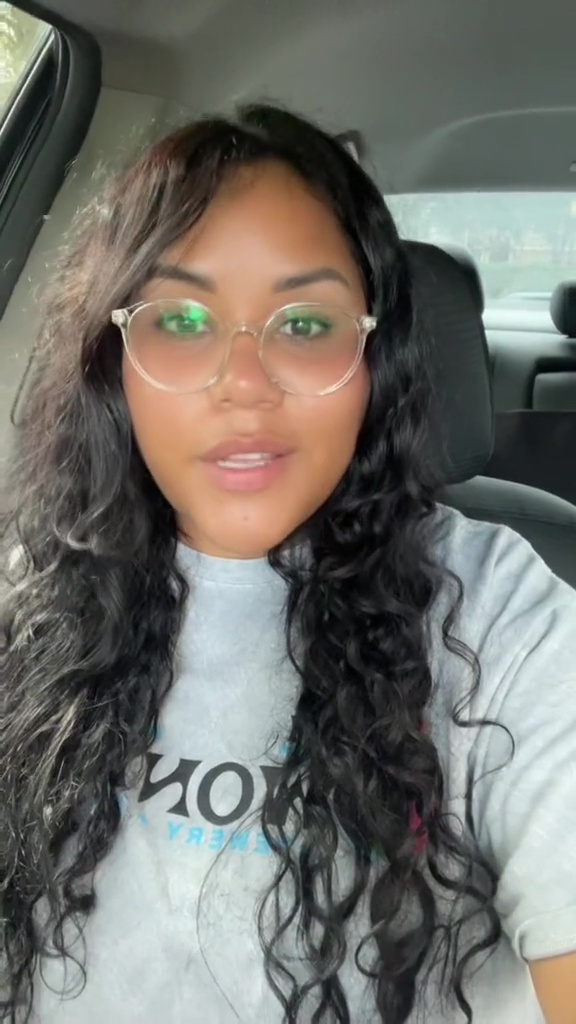 Meanwhile, I’m a size 8 model and am told I’m too fat because I put on weight – fashion bosses said they want to see my bones.

Also, I lost eight stone after realising I was too fat to put on my socks, my belly always got in the way.

11/04/2021 Fashion Comments Off on I lost ten stone and couldn't believe how nice people were to me, strangers bought me things & I even got offered jobs
Recent Posts