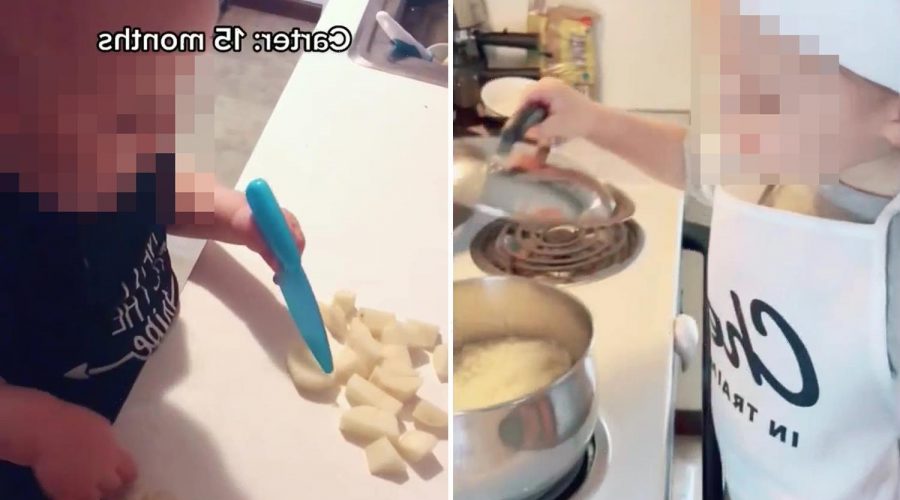 AS much as we all love our children dearly, there's no denying that they are total menaces at the age of three.

And while we can barely trust our toddlers to use a colouring book without redecorating the walls, one mum has revealed how she's already getting her little one to COOK for himself. 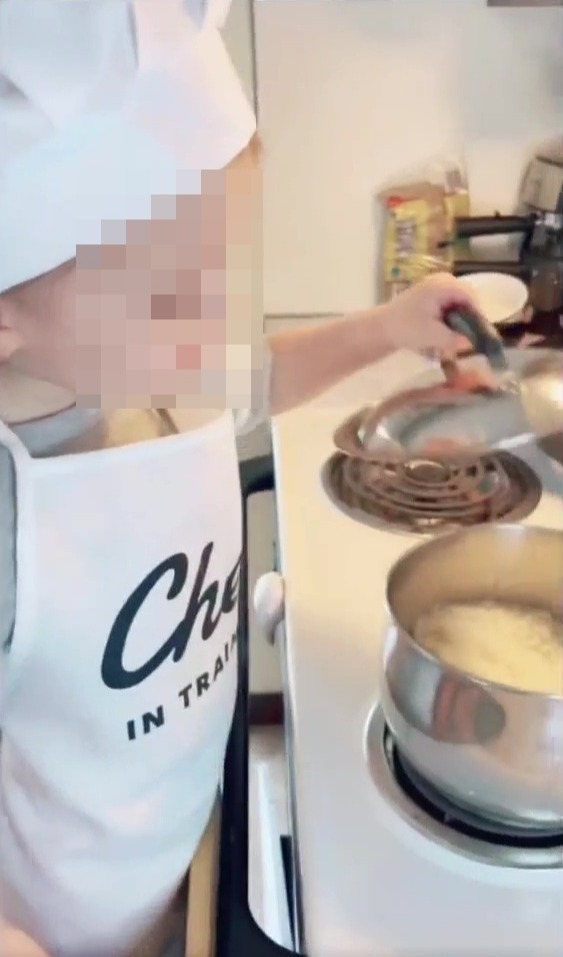 Mum-of-two Laura Love has amassed almost 780,000 followers on TikTok for her videos of Carter, three, and Jonah, 17 months, cooking.

In one clip which has racked up over 474,000 followers, the American mum explained how her three-year-old began making his own food when he was just 14 months old.

She said: "Thousands of people ask us how I got my three-year-old started with cooking and how we make sure that he's safe.

"We taught him about kitchen safety from the moment he started cooking in the kitchen – which was around 14 months. 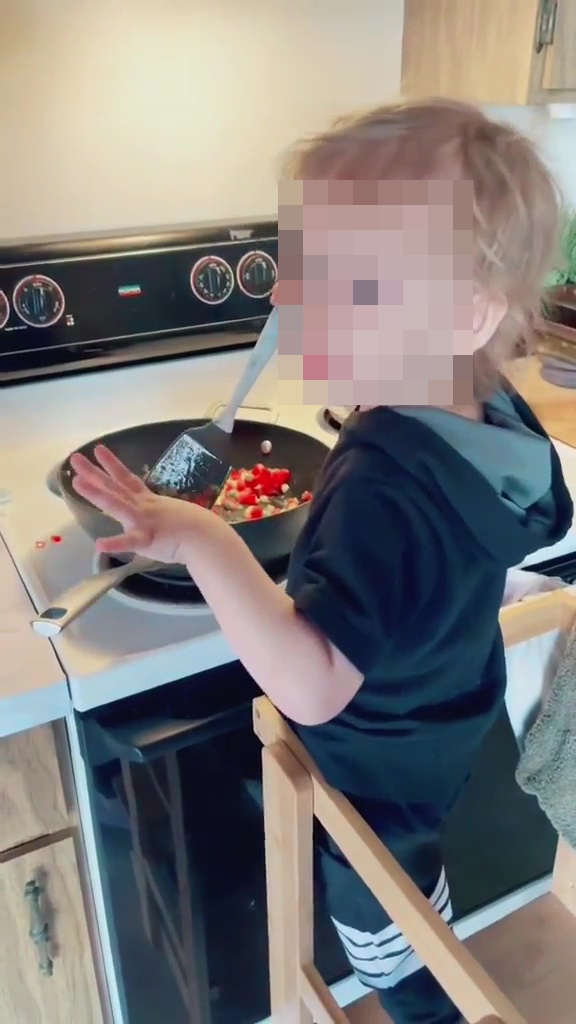 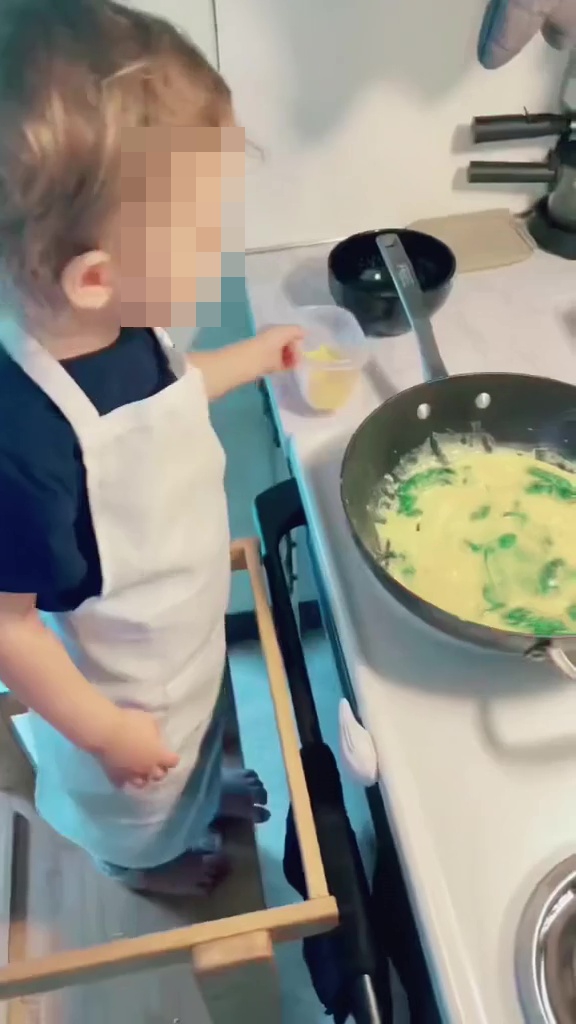 "Of course, at this point, he wasn't using the stove."

Laura explained how Carter began by helping her wash and prepare all the family's food and she would then talk him through every step of the process.

"I would tell him, 'I'm holding the handle because this pan is really hot' or 'I'm using the spatula to stir because I don't want to touch the hot pan.'

The mum claims she only let Carter use the stove once he fully understood how dangerous it can be – and this is something she goes over with him daily. 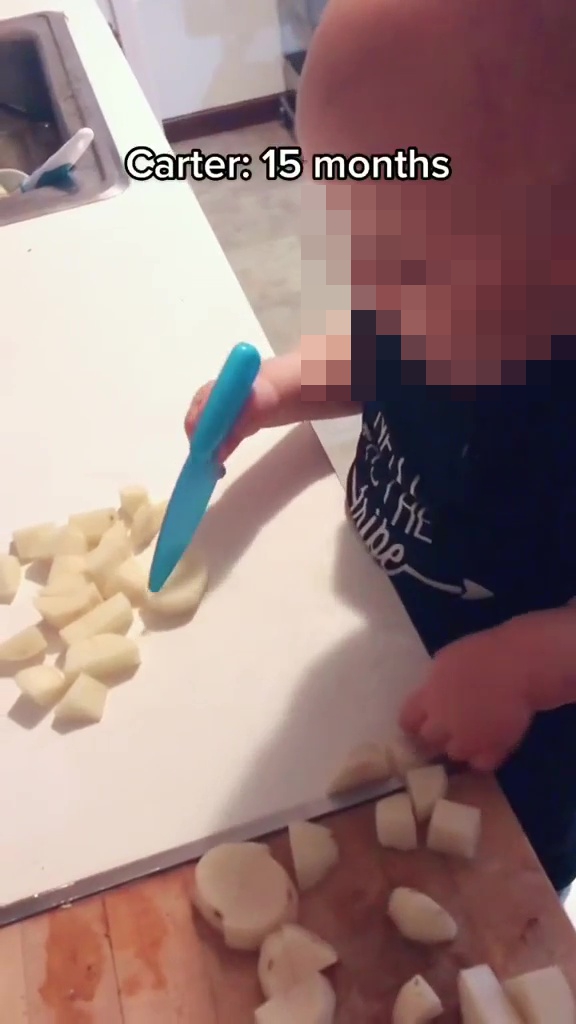 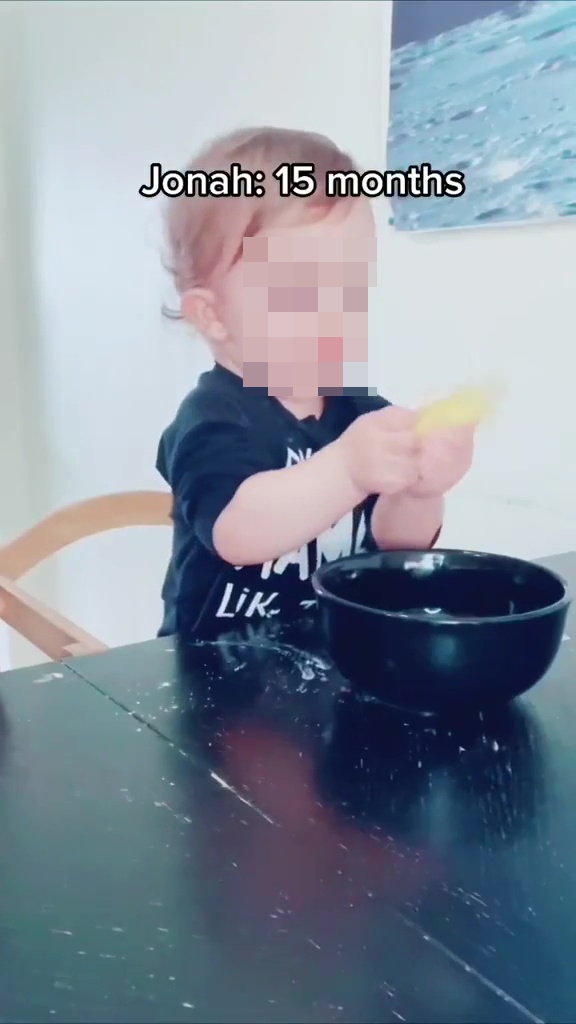 "I made sure a long time ago that he knew he could never touch the stove without an adult [watching over him]," she added.

Around the time Carter turned three, Laura slowly started letting him use the hob – and he now boils pasta to make mac n cheese for himself on a regular basis.

At just 15 months old, Carter was slicing up potatoes with a knife while his baby brother Jonah also gets stuck in by scooping out cookie dough onto a baking tray.

"For those of you who say they should be playing with toys instead, just know that this is something they truly enjoy and it's never forced," Laura added.

For those of you who say they should be playing with toys instead, just know that this is something they truly enjoy and it's never forced

"Don't listen to the haters," one viewer replied. "What you're doing is awesome!"

Another added: "These are the kind of kids that end up on Masterchef Junior and really enjoy cooking at they get older."

Meanwhile, a third wrote: "He has more life skills than most of the guys I know…"

For more parenting stories, this mum was mortified as son details how his dad ‘saved her’ – after walking in on something he DEFINITELY shouldn’t have seen.

And this mum made a gorgeous DIY teepee for her kids & all you need is a cardboard box.

Plus this mum admitted she makes THREE different dinners for her fussy family every night – but gets slammed by other parents.