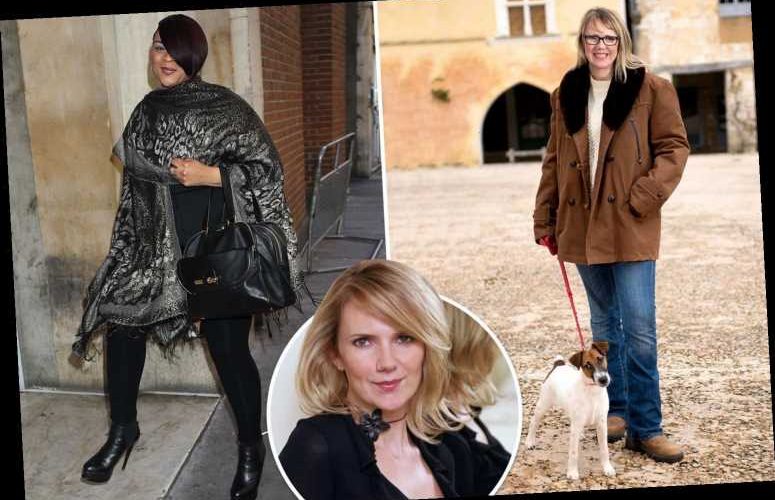 WHAT do women consider the least sexy thing about their body?

Not wobbly thighs or bingo wings – it’s having big feet. 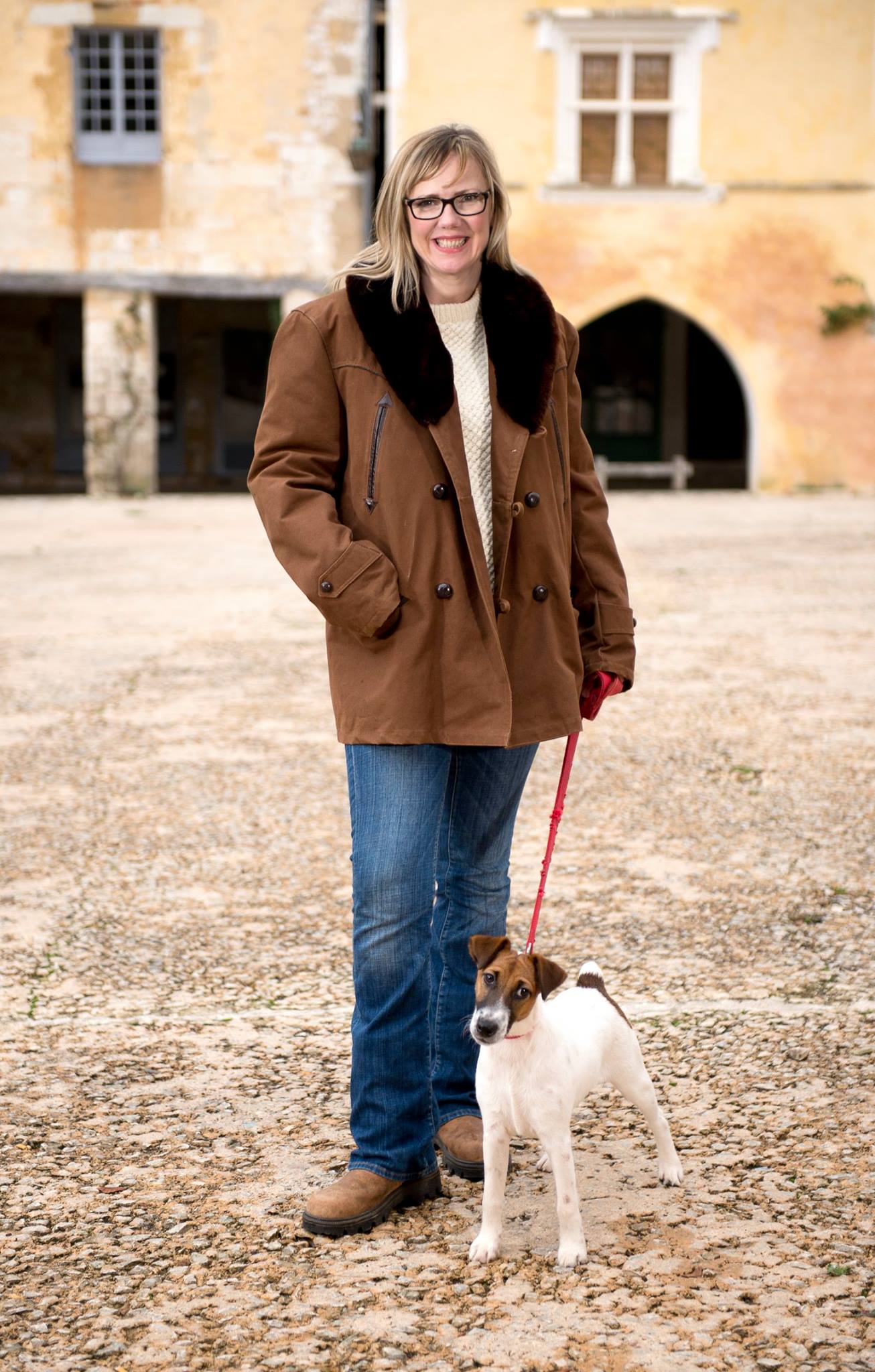 Last week singer Gabrielle revealed she has size-ten plates of meat and wears the same shoes as drag queens.

Confession time. My trotters are a nine, I hate them and I, too, have my fair share of gorgeous heels designed for the like of RuPaul.

In 2012, I walked into the Celebrity Big Brother house in a pair I had bought off a website specialising in heels for drag queens.

They were glam, fierce and totally unlike the usual, boring and scarcely available size nines on offer. 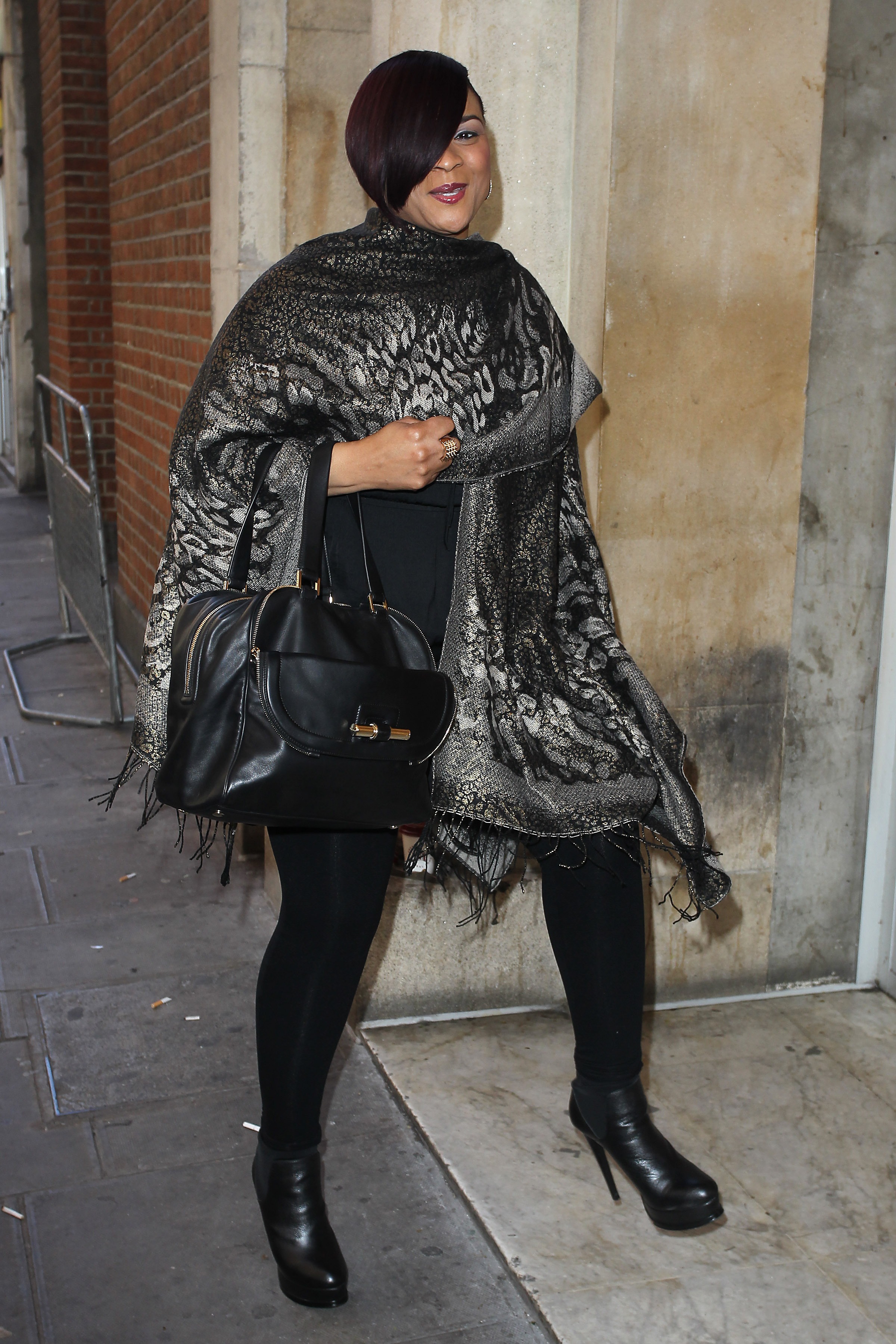 Why is it, in 2021, that the high street still ignores women like me?

I’m certainly not alone. Since the Seventies, women’s feet have grown at least two sizes bigger, according to the College of Podiatry.

Most fashion retailers now do plus-size and there is a huge and welcome movement to embrace all shapes and sizes, but the high street is way behind when it comes to plus-size feet.

Online messageboards for tall women are full of threads moaning about the lack of fashionable and affordable shoes for us who happen to be over a size eight. 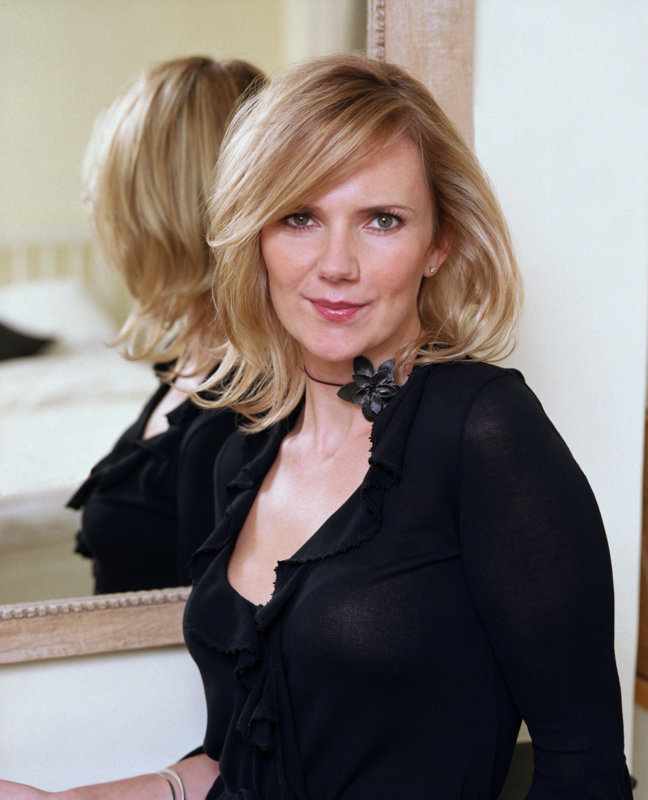 I wear Converse trainers daily, alternating them with male Uggs or blokes’ work boots for dog-walking.

But which woman does not love dressing up and finishing off her outfit with heels?

So I feel for poor Gabrielle, who needs to look glam for her job.

What is available on the high street is almost non-existent.

Some online sites offer the odd pair in our size — but forget about finding bargains in sales.

Yes, there are specialist websites selling “outsize” footwear but they are so old-fashioned, Miss Marple would reject them.

I had just one pair of shoes for school and one for weekends, because there was nothing on sale that fitted me.

There was a feeling of dread about finding any shoes that would fit — and if we did, how awful they were going to be

We would go to Eighties shoe store Saxone. Downstairs, right at the back of the shop on the bottom rail were one or two pairs.

You would have to be quick because they sold out straight away. Pretty colours and trendy styles were a non-starter.

There was a feeling of dread about finding any shoes that would fit — and if we did, how awful they were going to be.

As a teen I rebelled and, with my pocket money, bought a pair of trendy heels.

I would force my feet into them because, at a size seven, they were two sizes too small.

No wonder I developed hammer toes that curl over — a common medical problem for bigger-footed women who wear shoes that are too small.

The pain was unbearable but the pay-off was that I fitted in.

In my twenties, I got used to going into a shoe shop and asking for a nine, only to be offered a seven or eight. 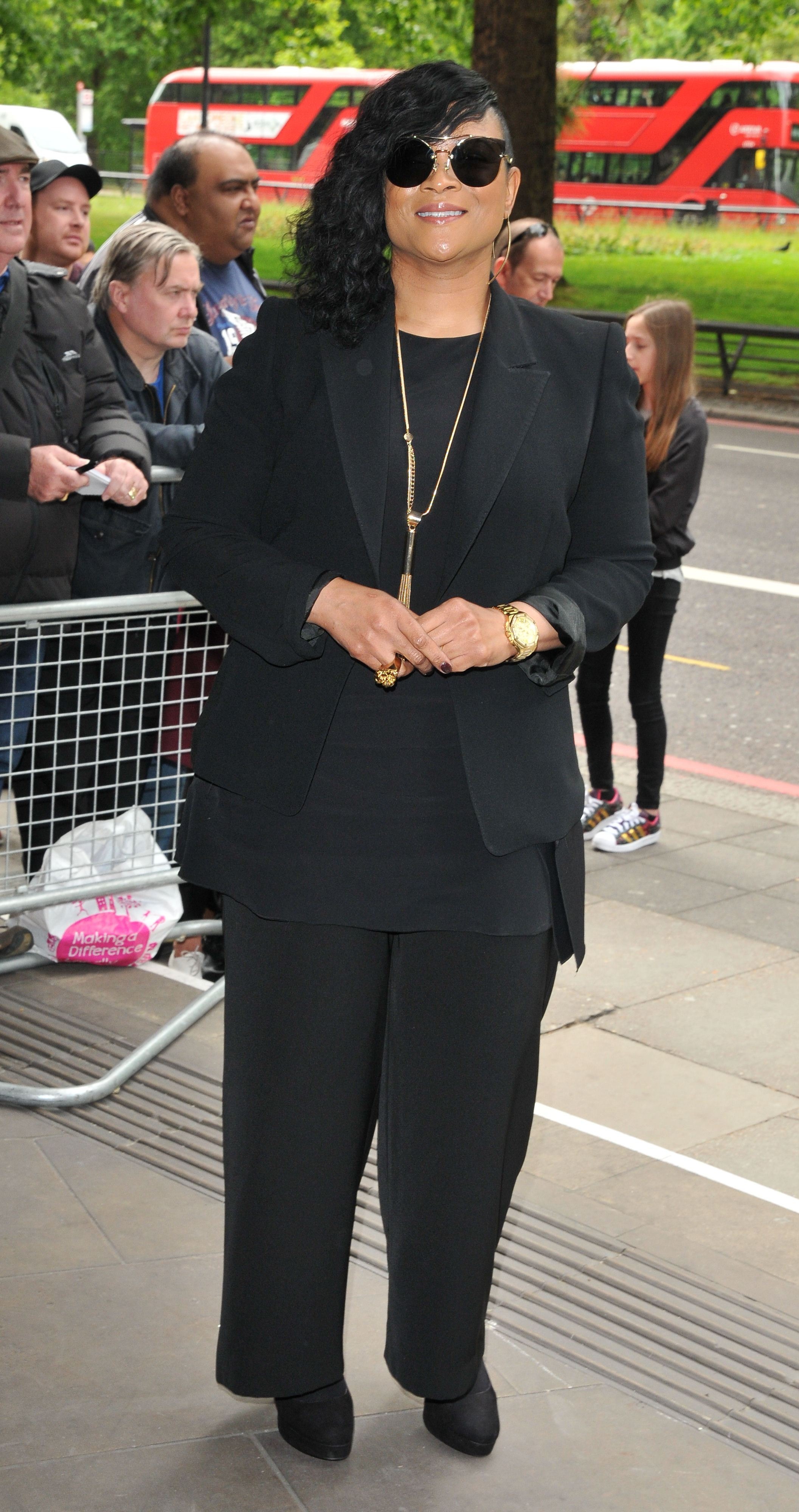 Why are salespeople trained to do that? I’m a 34B bra size so no one would think to offer me a 32AA, would they?

In Marks & Spencer, a woman and I spent 15 minutes raging at a shoe assistant to demand why there were not any size nines. It’s as though we don’t exist.

I’ve tried stores such as Evans, who are brilliant for curvier figures. But their shoes are designed for wider feet and mine would slip out of them.

Experts reckon there are two reasons so many women have bigger feet.

As a nation, we’re getting heavier and our feet splay to support our bodies.

Over the past century, better nutrition has also produced a taller population — I’m 5ft 11in and so, logically, I’ve got big feet too.

By my early thirties, I had a condition called Morton’s neuroma, a cyst between the bones of the third and fourth toes in my right foot.

It was agony — steroid injections did nothing to halt the pain.

My days of wearing too-small shoes had come back to haunt me, as the condition is often linked to wearing tight footwear.

In the end, I was admitted to hospital and had the cyst removed, forcing me on to crutches for a fortnight afterwards.

For my first wedding, I spent more on my shoes than on my dress. Bridal footwear in large sizes does not exist. I got married on a beach, in a long, pink slip-dress with a pair of flat, crystal-studded sliders.

They cost more than £200 and are one size too small — and while I still have them, I’m too scared to wear them again. 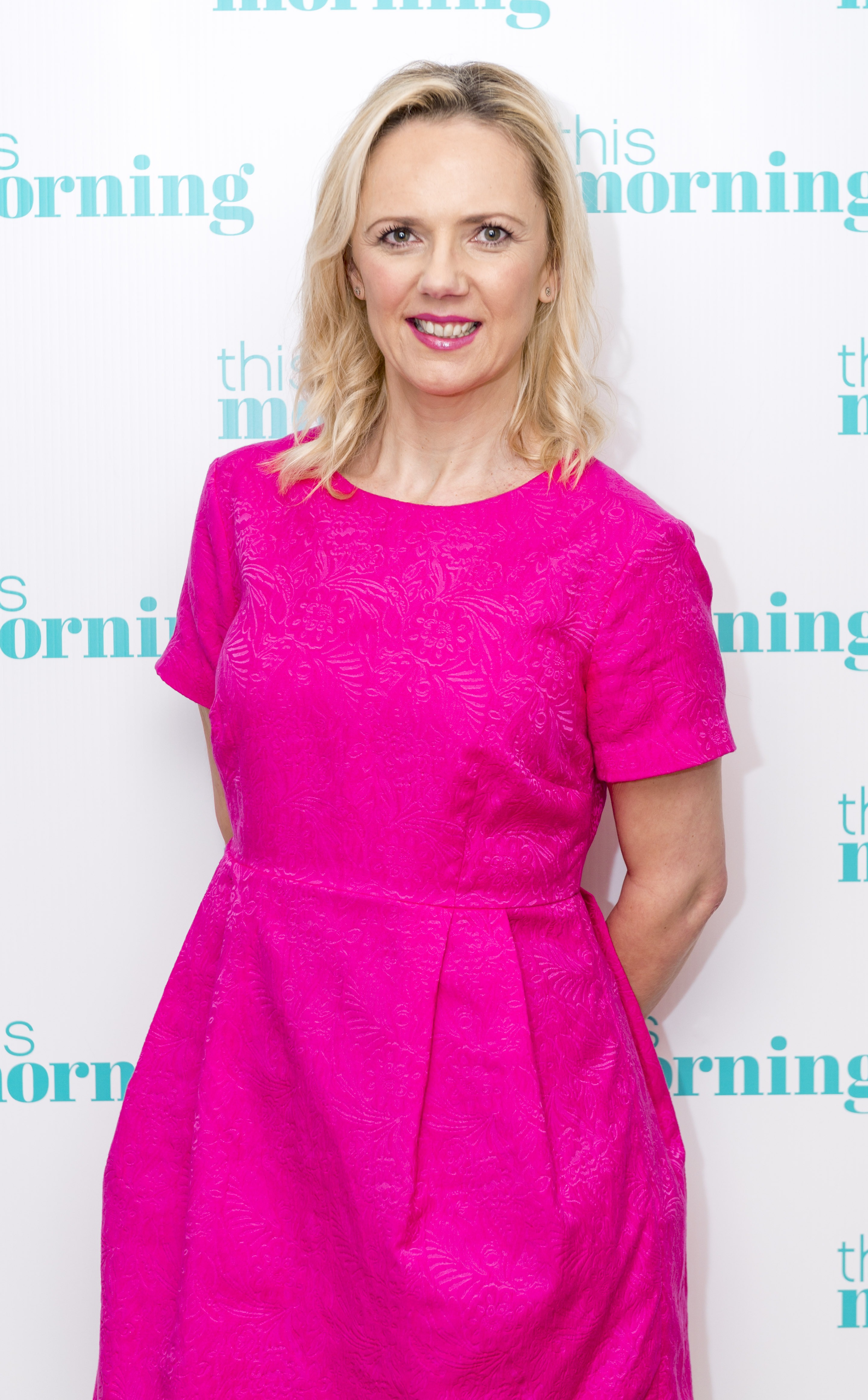 While I’ve never dated anyone with smaller feet than me, I’ve been out with someone who had the same size.

I don’t think he cared, but I did. It’s sexy to slip into your other half’s shirt, but it does not feel very feminine borrowing your bloke’s shoes.

I’ve heard all the jokes about going to a traffic island to turn around.

My sisters think it is hilarious that my footwear is so large and they never tire of telling me I am a “shoe-in” for work as a clown wearing those big and flappy shoes.

I’ll wear men’s trainers because women’s — the pretty ones — stop at an eight.

Even my husband looks at my sludge-green running trainers and asks me if they are not too big. But I wear my size nines with acceptance.

As my mum always likes to remind me: I’m 5ft 11in and, if my feet were smaller, I’d fall over.