Michael Rogers, 64, from Swansea, lost his right leg in 2015 as a result of diabetic complications. 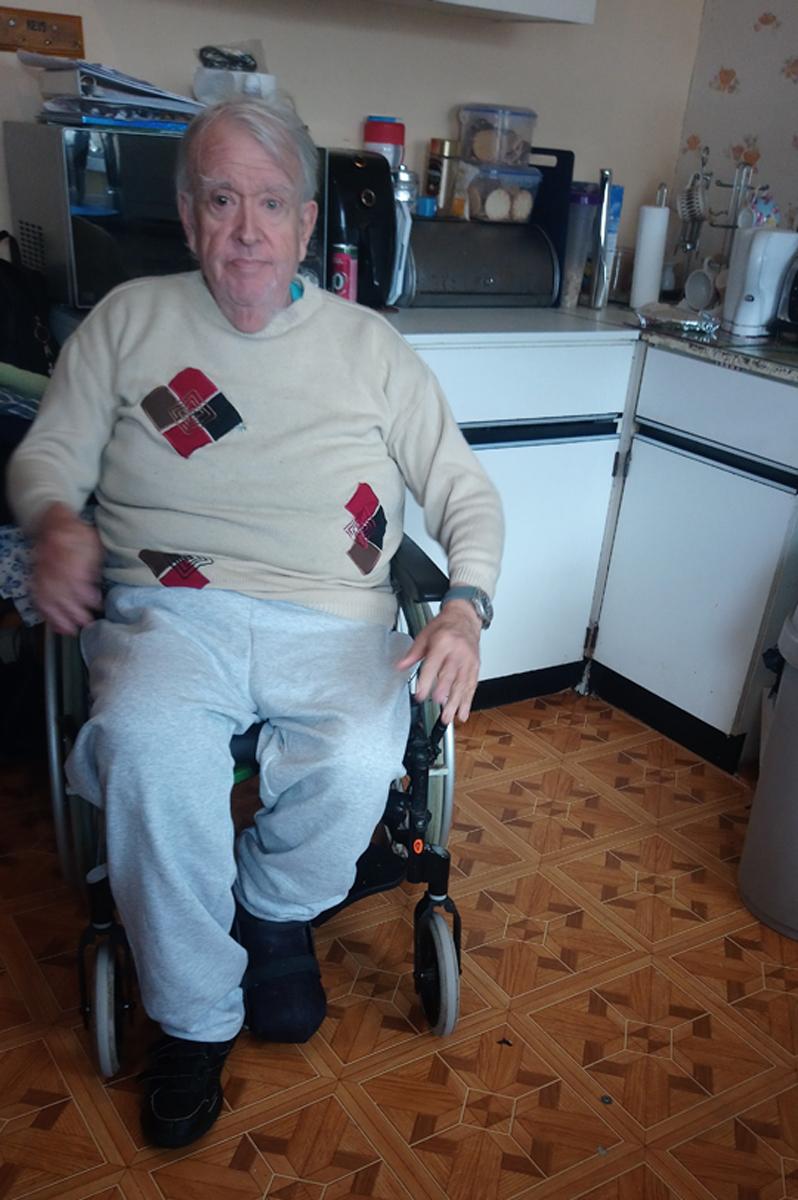 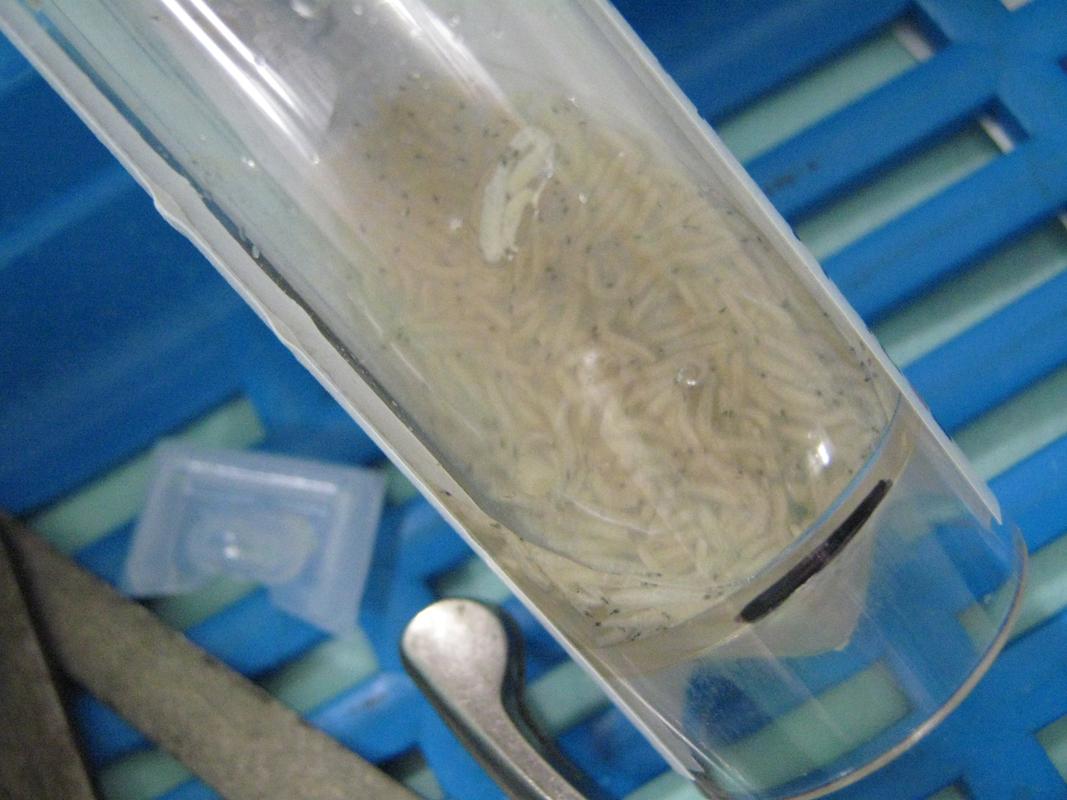 He was then forced to have 80 per cent of his left heel cut away last year by doctors at Swansea's Morriston Hospital, after restricted blood flow and nerve problems meant that his tissue turned black and died.

Left with a gaping hole in his food, the former council worker feared that he'd have to have his entire foot removed…until he found a miracle cure in the form of hundreds of maggots.

“The doctors told me they’d have to start thinking of alternatives, one of which was vacuum therapy, where they tried to suck out the dead tissue,” Michael explained.

“Unfortunately, though, that didn’t work enough and by this stage the wound in my foot was quite big. That’s when they suggested that maggots could be the answer.” 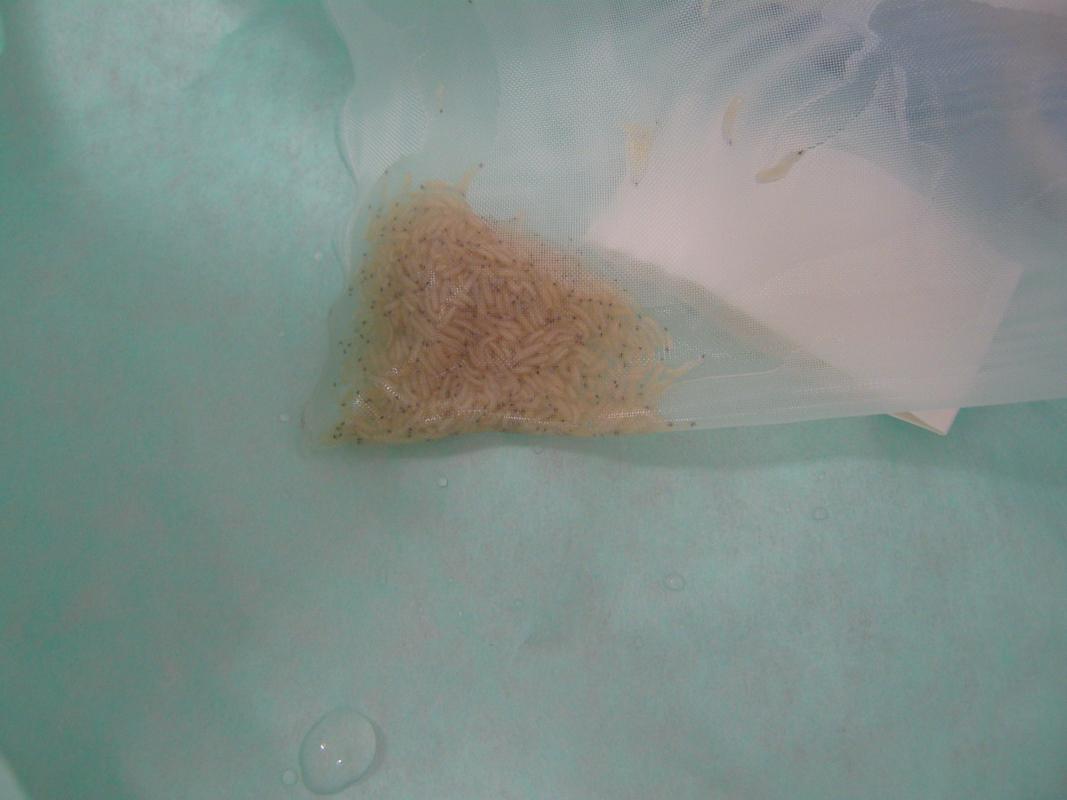 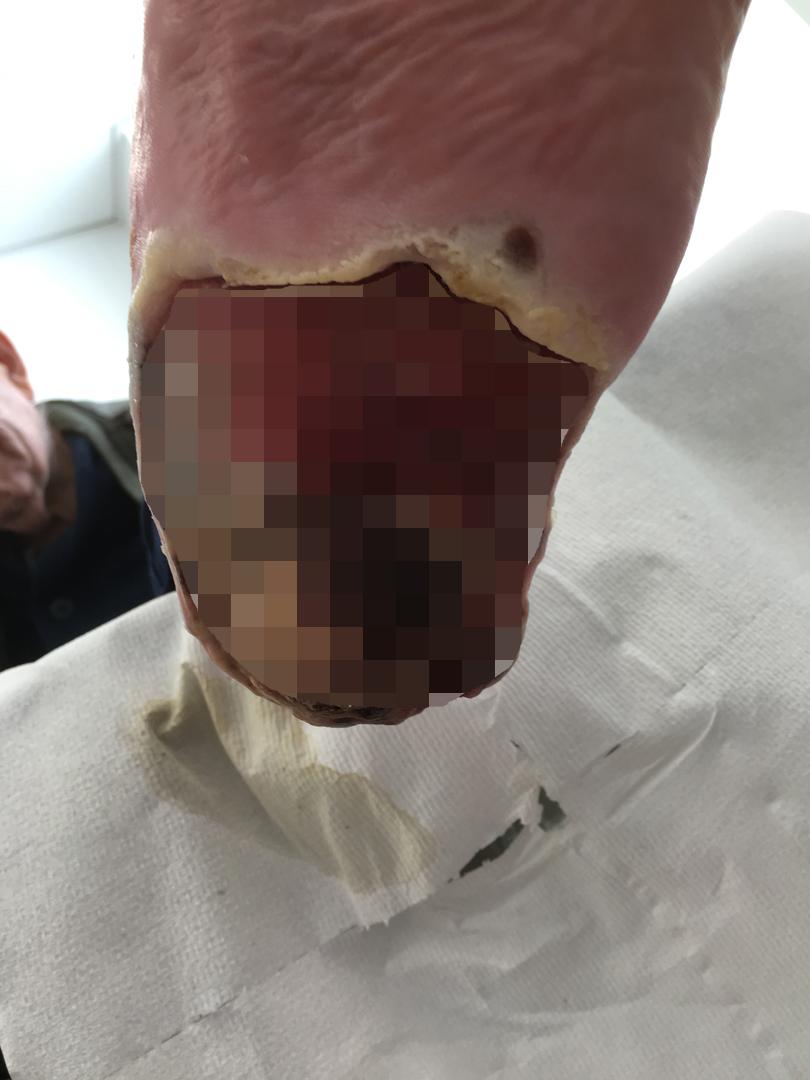 Applied on two separate occasions in April this year, Michael’s foot was then wrapped in gauze, “like a teabag,” before the maggots were attached to the wound on his heel.

Left on for a week at a time, they ate away, painlessly, at the dead flesh – growing as they chomped.

“I really couldn’t feel a thing, but it was a little odd to think that I had these foreign bodies eating away at a part of my body while I was going about my daily business,” he said.

These maggots weren't just any maggots – these were specially farmed green-bottled critters. 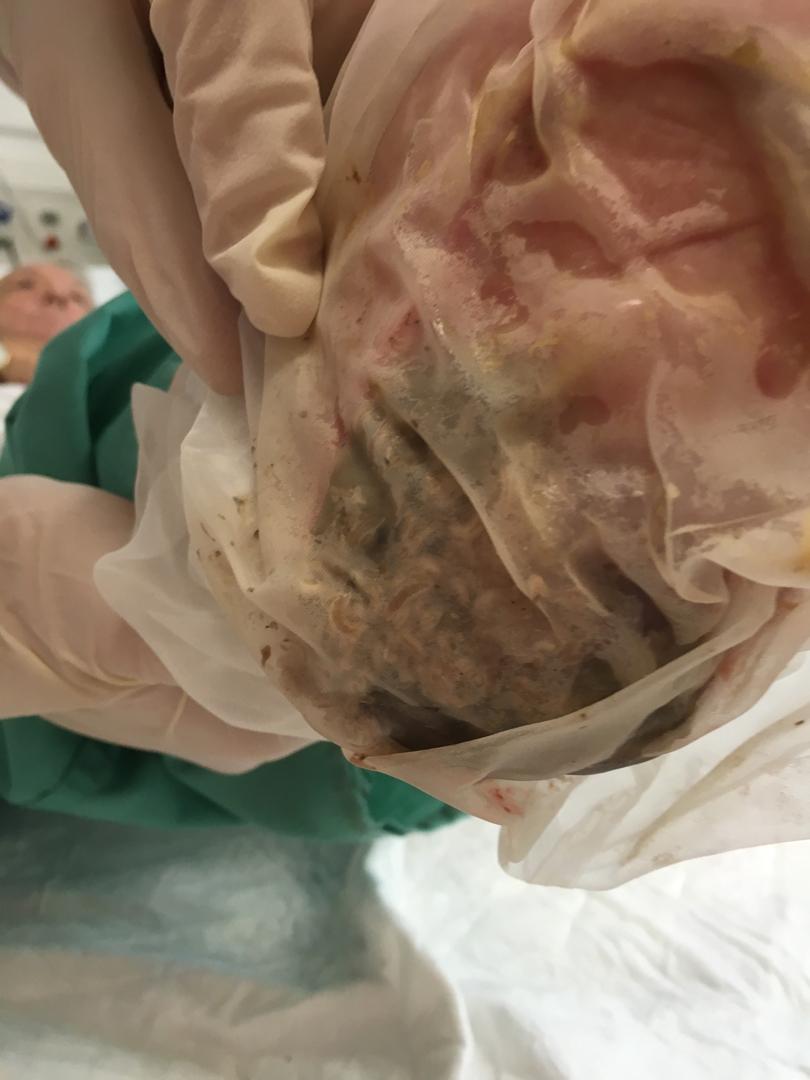 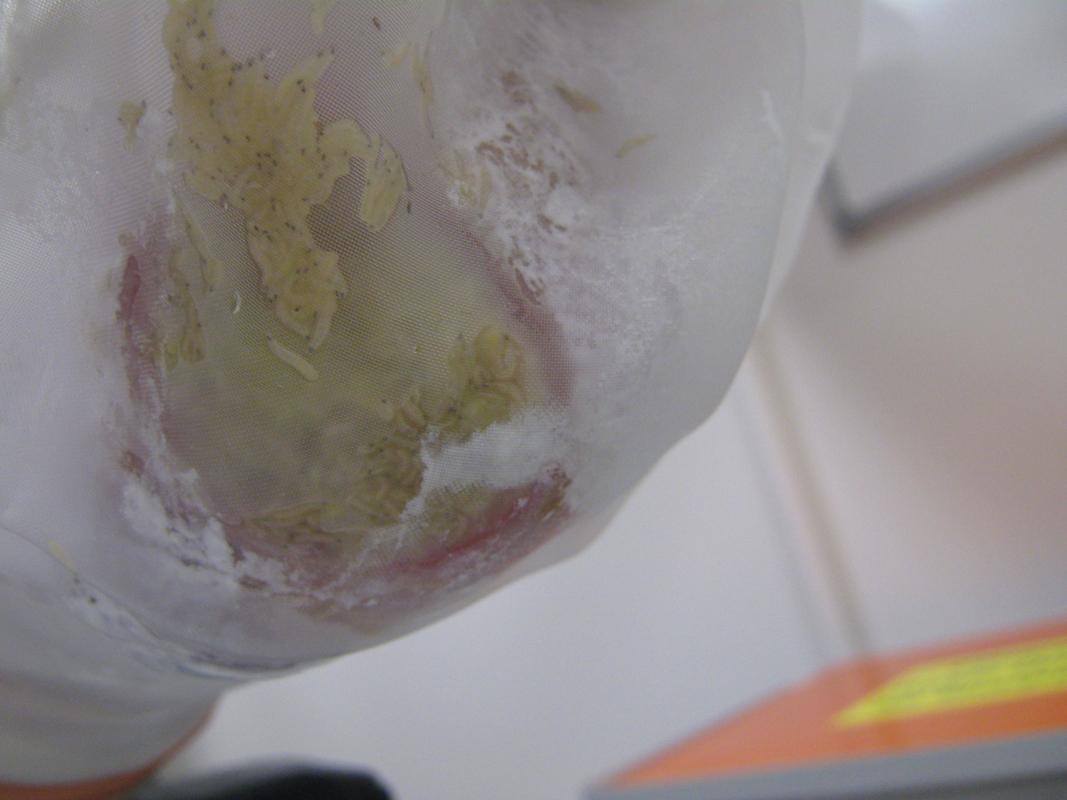 “I owe those little fellas a lot!" Michael said.

“I was adamant that I wasn’t going to lose another leg and was willing to do anything to keep it.

“The doctors tried various things that hadn’t worked, trying to get rid of the dead and infected tissue in my foot.

"So, when they suggested to me the maggots, without hesitation I said, ‘Bring it on!'”

Why are people with diabetes at greater risk of amputation?

If left untreated, diabetes can lead to limbs being amputated.

The NHS says that people with the condition are 15 times more likely to undergo amputations than people without diabetes.

In fact, diabetes is one of the leading causes of amputation of lower limbs throughout the world, with foot problems being one of the main reasons for hospitalisation among patients.

Why does diabetes sometimes require amputation?

High blood sugar levels over a long period of time can lead to poor circulation and nerve damage.

Nerve damage can stop people from noticing the pain that would normally signal damage to the foot, while poor circulation means that you're less able to heal the damage and fight infection.

How to reduce the risk

Diabetes UK says that around 80 per cent of amputations are preventable.

Checking your feet every day is the best way to prevent issues – looking for discolouring and swelling.

Diabetes UK recommends people living with the disease have their feet checked once a year by a healthcare professional.

He was first diagnosed with type 2 diabetes 12 years ago, and started to suffer serious complications as a result of the condition in 2015.

Michael was diagnosed with osteomyelitis – a serious infection of the bone, known to be a common complication of diabetic foot ulcers – in his right foot, leading to a below-knee amputation.

Just two years later, he was devasted to be told that the infection had now developed in his left foot. 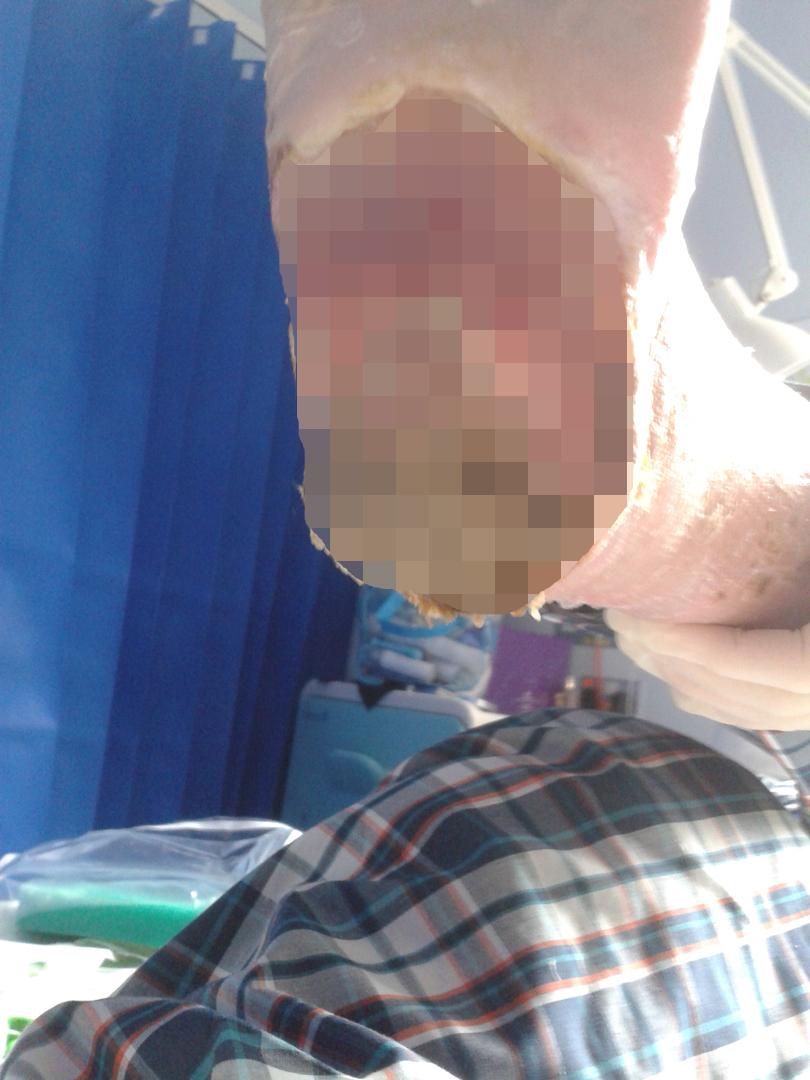 Determined to avoid amputation, he accepted the maggot therapy and within just six months of having it, his wound had shrunk to just 3cm by 1cm, as the bugs feasted on all the dead skin – simultaneously disinfecting the wound.

Now recovering well, Michael says that he'd recommend the maggots to anyone.

“Admittedly, I had a bit of trepidation about having these things crawling around on my body for such long periods of time, while I was at home, trying to get on with my life and in bed at night, while I was sleeping.

“But they were marvellous and really helped to sort me out.” 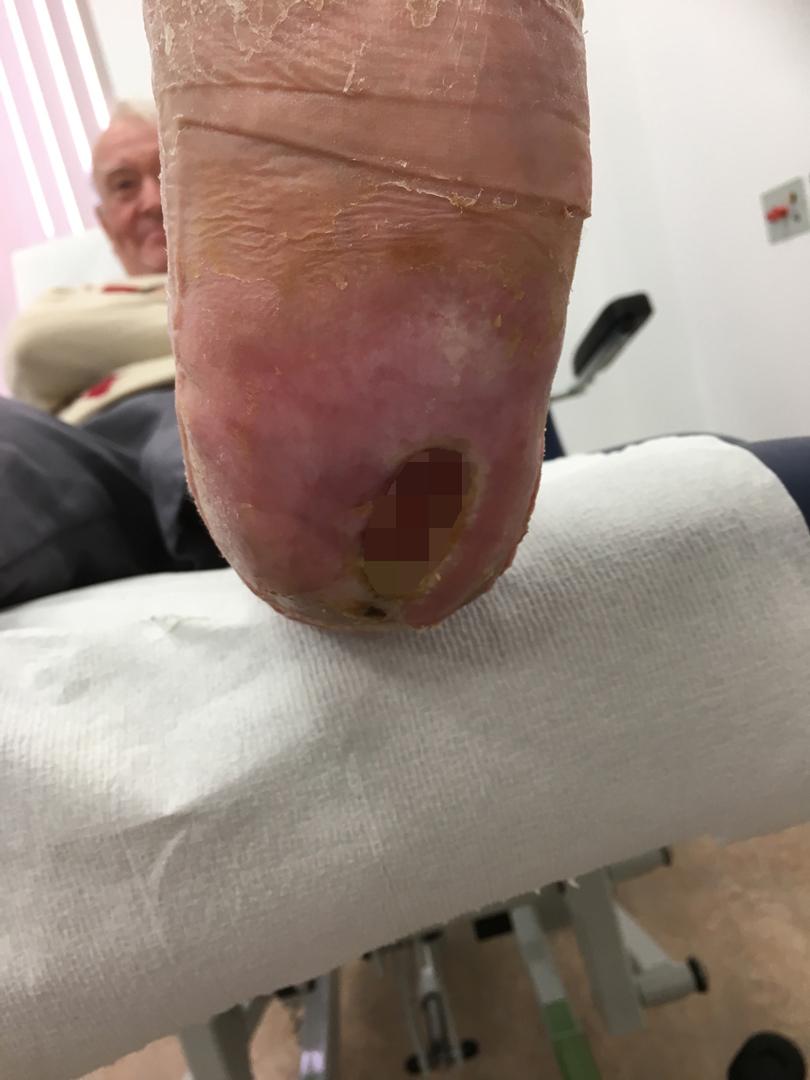 He now hopes that he will be able to stop using his wheelchair soon, using a prosthetic.

"I feel genuinely grateful to them and the hospital for suggesting it," he said.

“I know a lot of people will have negative preconceptions about maggots and would turn their noses up at the idea – but my advice would be give it a go. No matter how grisly something might seem, if it can help get you out of trouble then it has to be worth it.”

Rosalyn Thomas, a podiatry specialist at Morriston Hospital who did the treatment, praised the use of maggots to treat these kinds of wounds.

She said: “There are many benefits to using maggot therapy.

“They are efficient and cost-effective and patients and they can clean wounds in two or three days leaving healthy tissue to allow wound healing to progress as their saliva has antibiotic properties that help keep the wound clean.