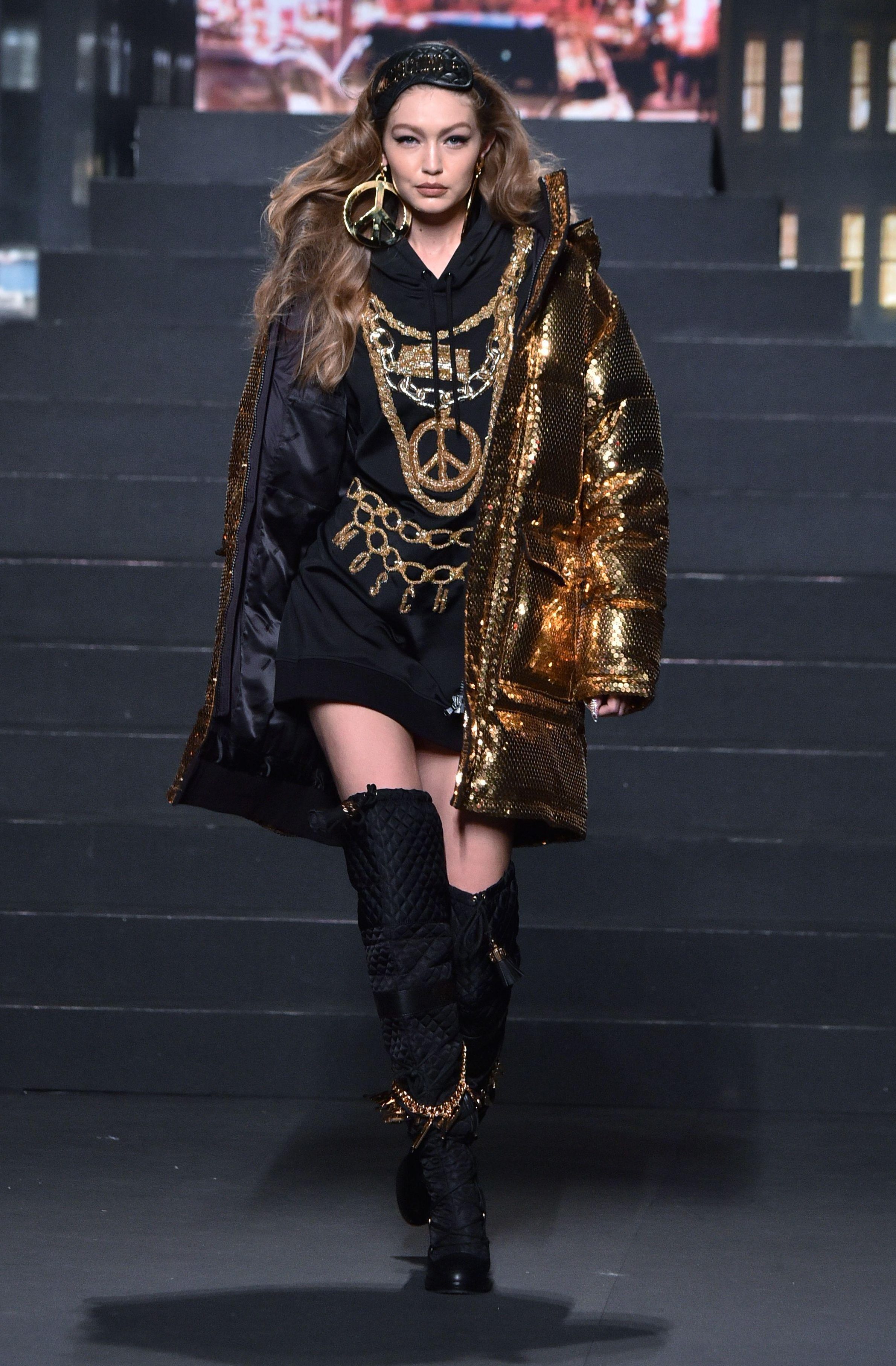 Gigi opened the show in a sequinned puffer jacket and printed hoodie, which was accessorised with huge gold earrings and, bizarrely, a sleep mask.

The racy mini featured buckled straps and statement zips, and had been paired with quilted thigh-high boots.

It was all very Jeremy Scott – Moschino's bling-loving creative director. 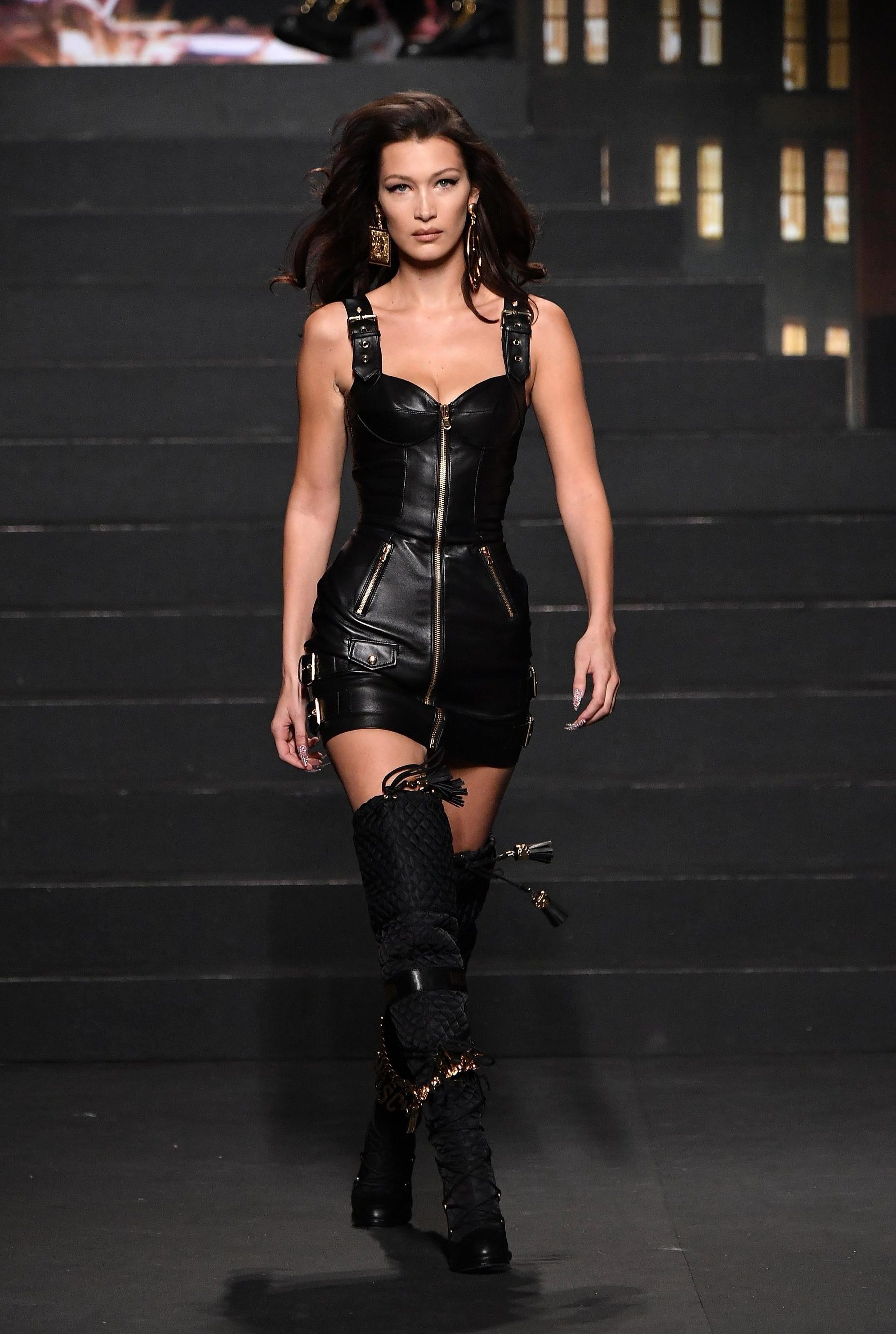 Taylor Hill was given one of the most outlandish ensembles on the catwalk.

She was working high-waisted gold pants and a chainmail bralet, which had gold letters spelling out the word "Moschino" dangling off it.

Interestingly, the tiny two-piece was accompanied by a fluffy leopard-print scarf, ear muffs and a black puffa jacket.

Probably not the most practical of winter outfits, eh? 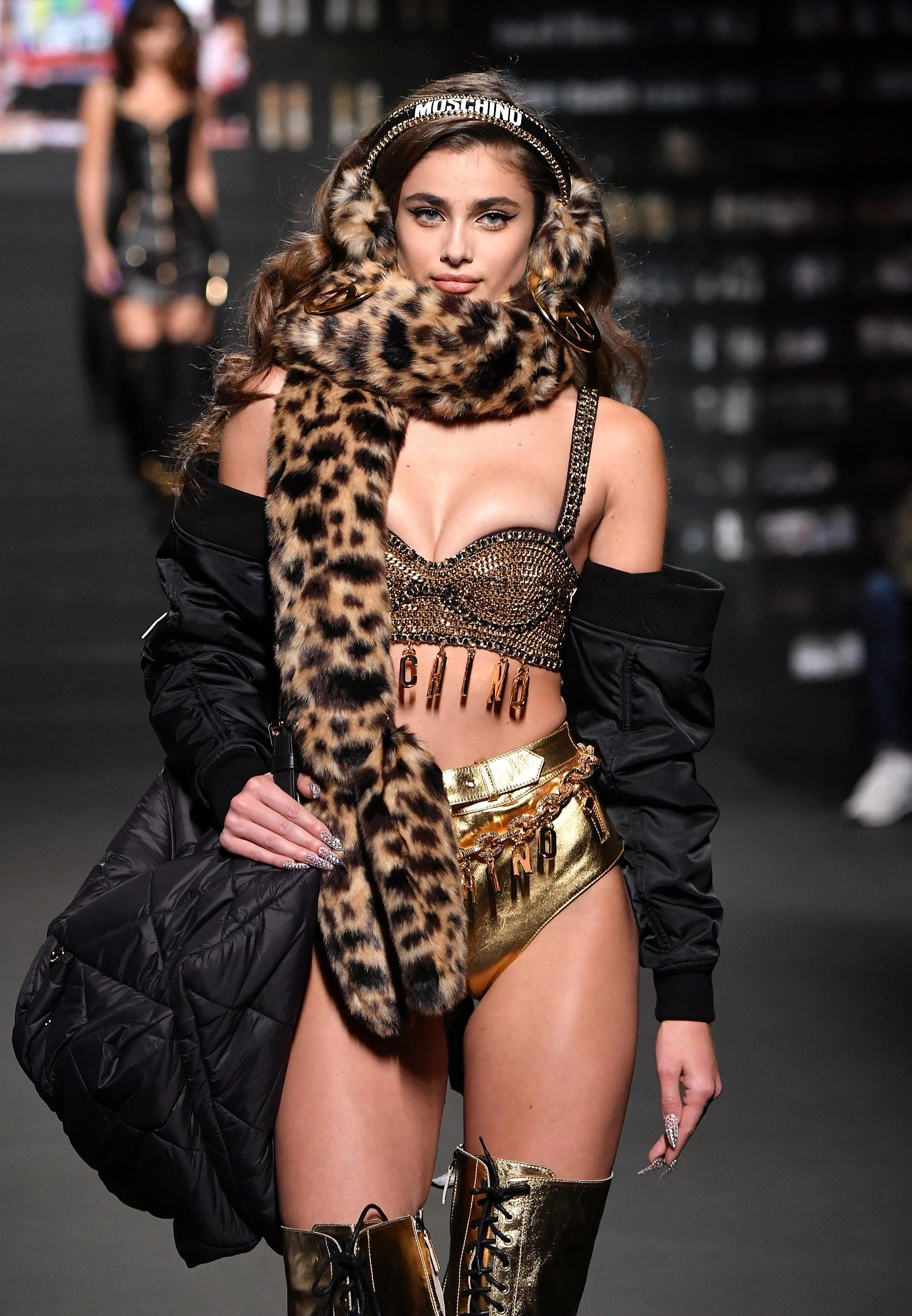 Naomi Campbell was in a silver sequinned dress, and Winnie Harlow was decked out in a co-ordinated glittery jacket, bra and bottoms.

She was sporting a backwards cap, as well as a blingy choker. 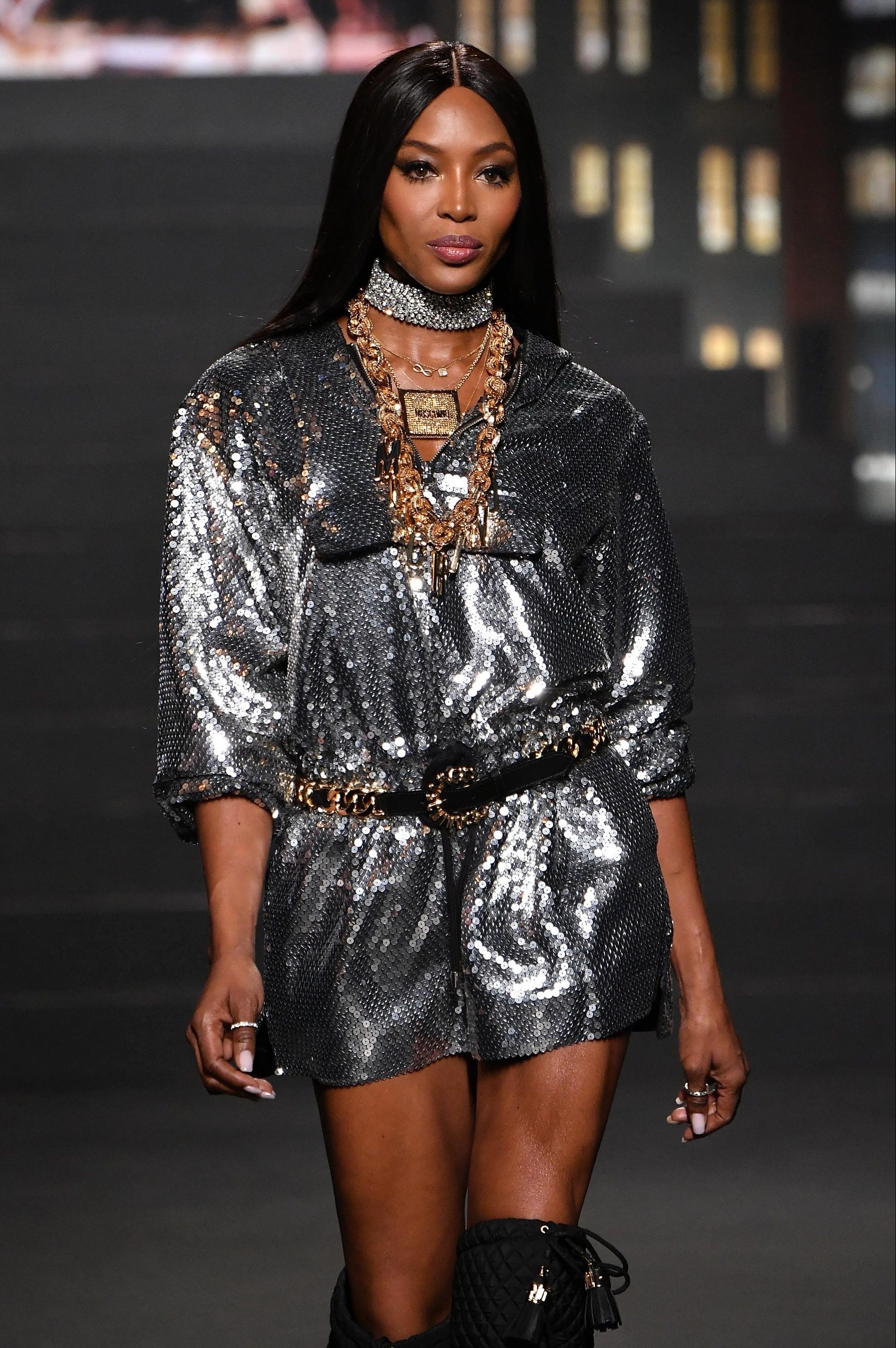 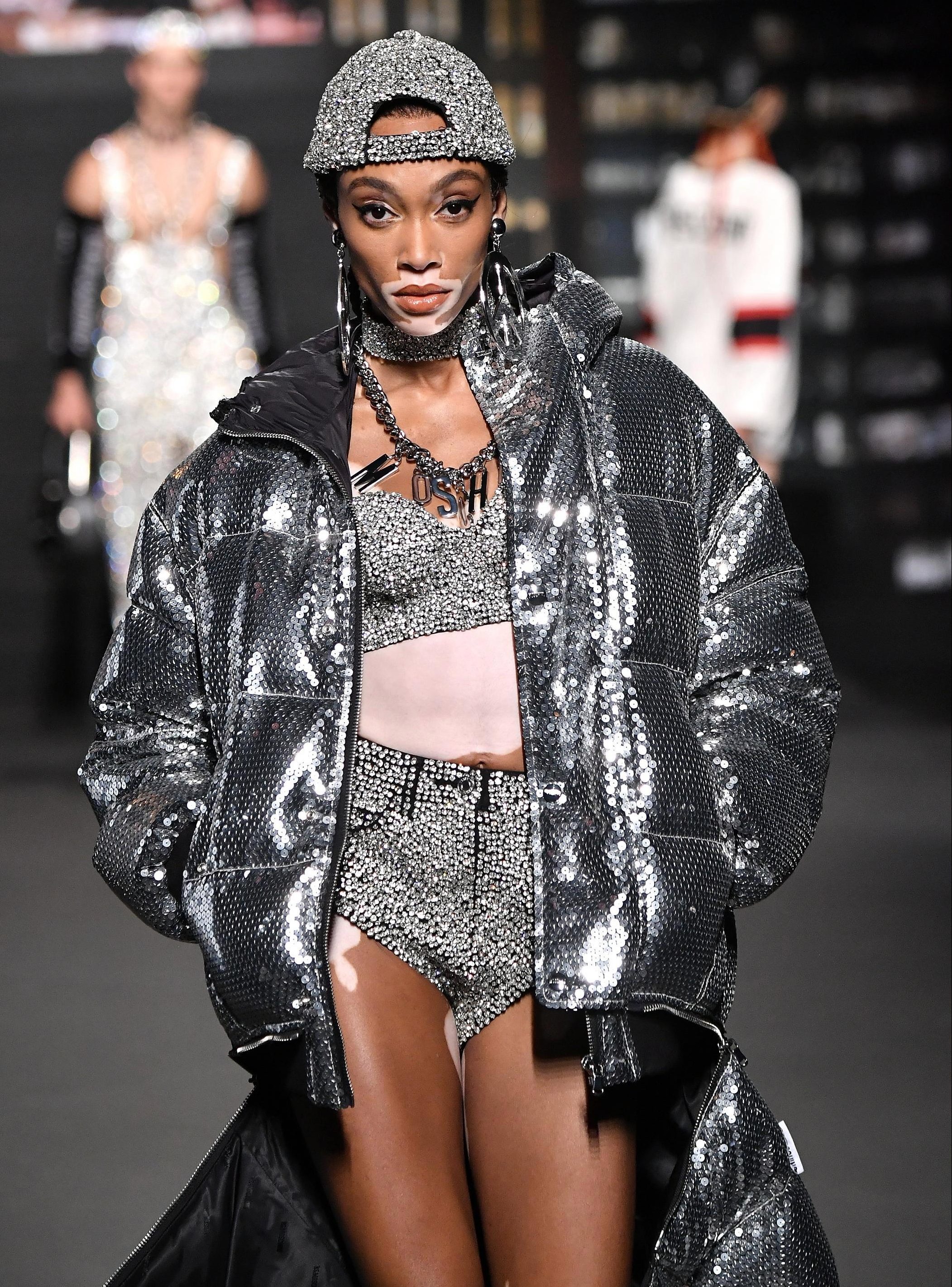 And those on the FROW had also been decked out in eye-catching pieces from the collaboration.

Paris Jackson was wearing a ginormous Moschino necklace, while Bebe Rexha had opted for a loud Lycra playsuit and earrings in the shape of CDs.

So… would you wear any of it? 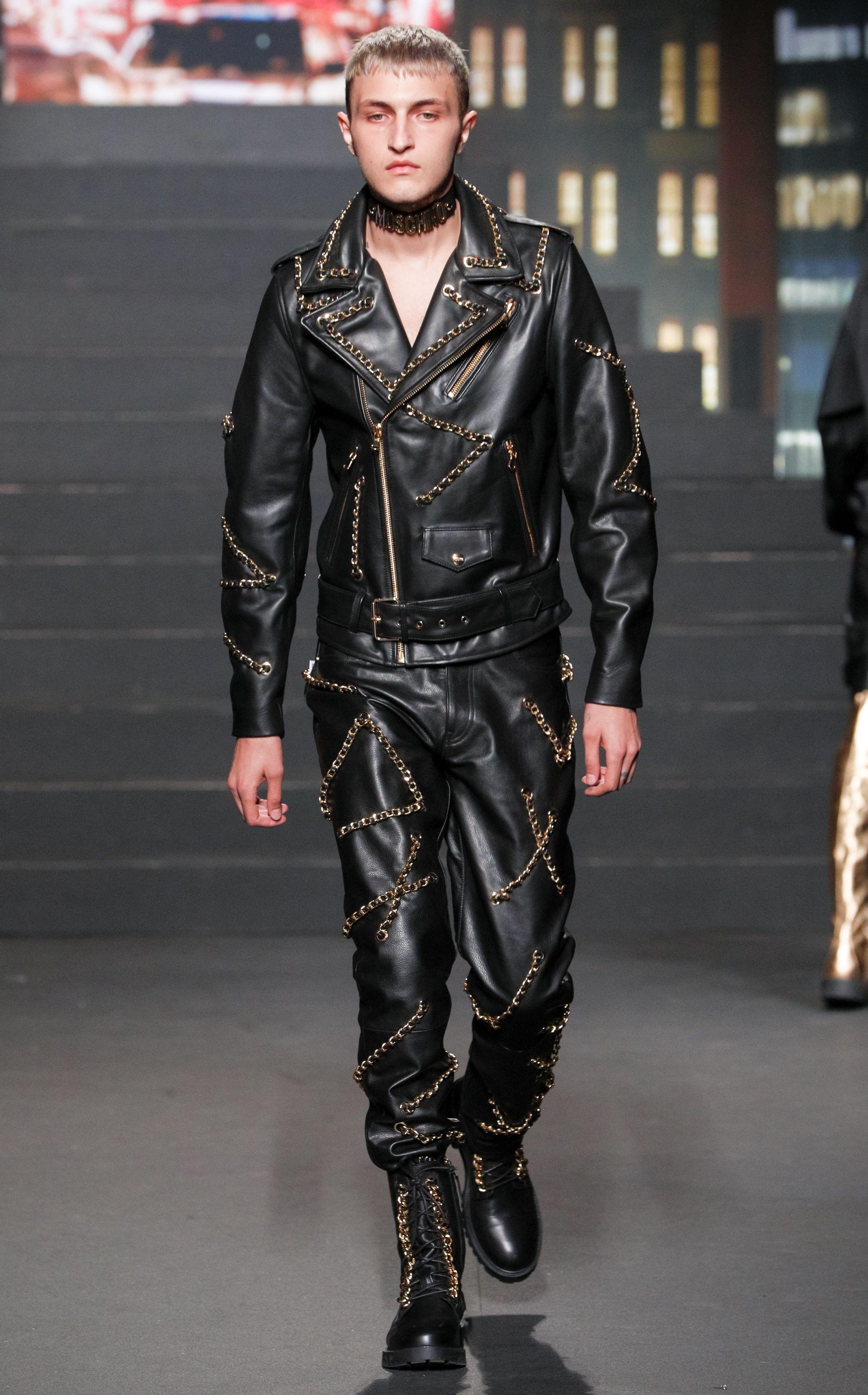 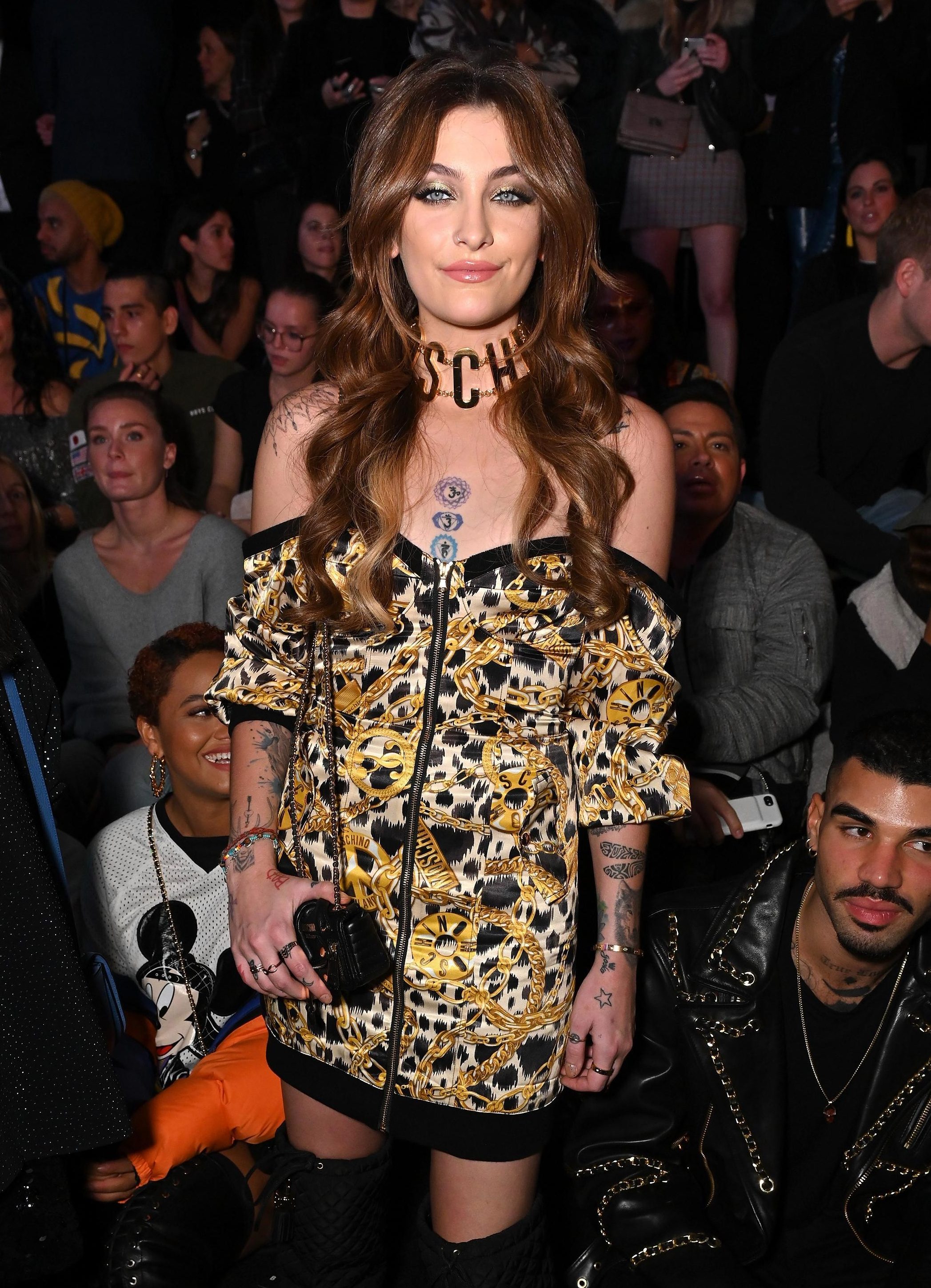 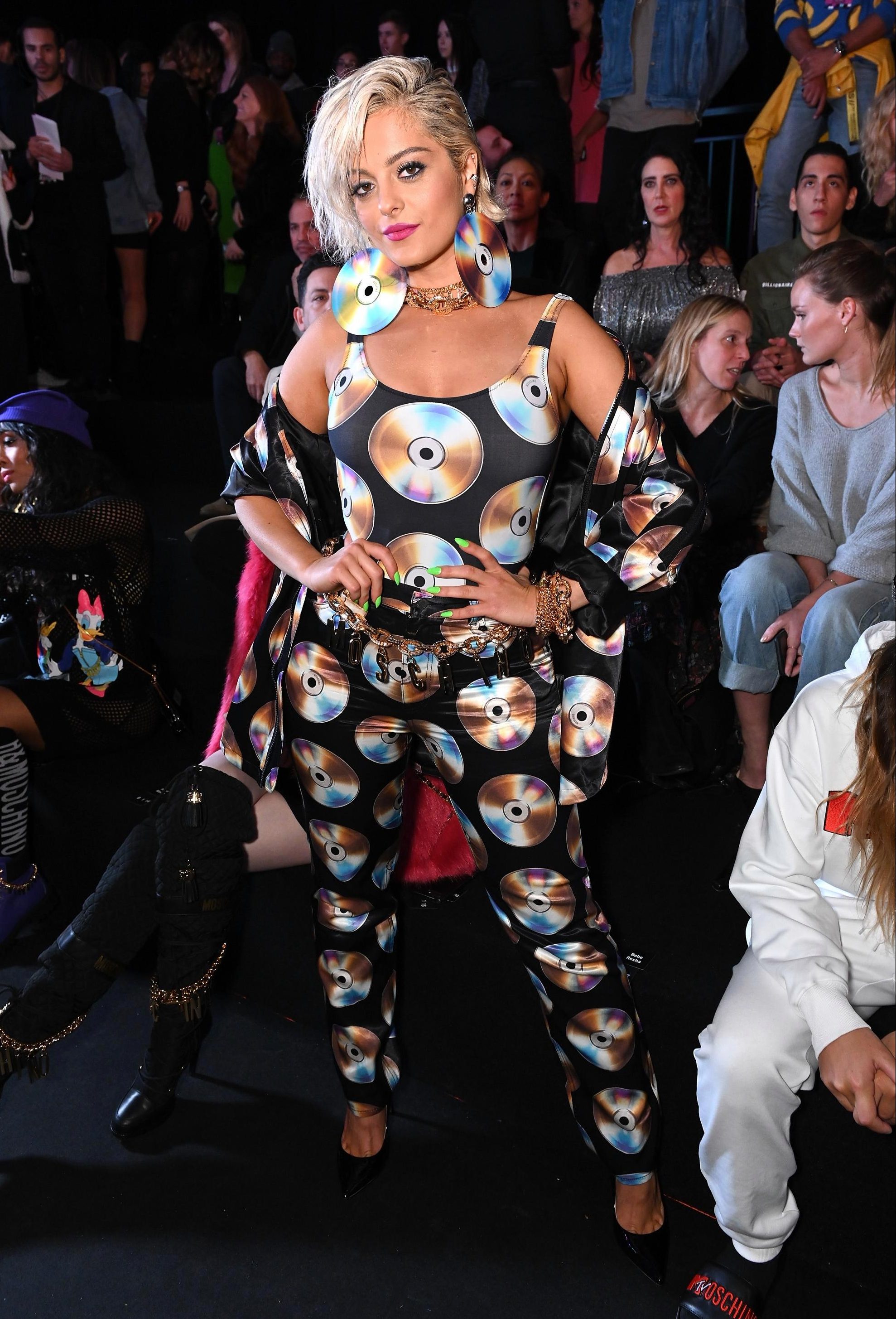 Meanwhile, these ASOS tights have been ridiculed for making the wearer look like 'a tuna'.

Fashion Nova has launched a pair of 'Show 'Em Off Leggings' which leave NOTHING to the imagination.

And Primark is selling a £2.50 Halloween top which makes you look like you’re being groped by a skeleton.

10/26/2018 Fashion Comments Off on Gold, sequins, leather and zips… Gigi and Bella Hadid, Naomi Campbell and Paris Jackson debut the Moschino x H&M collection – but would you wear it?
Recent Posts