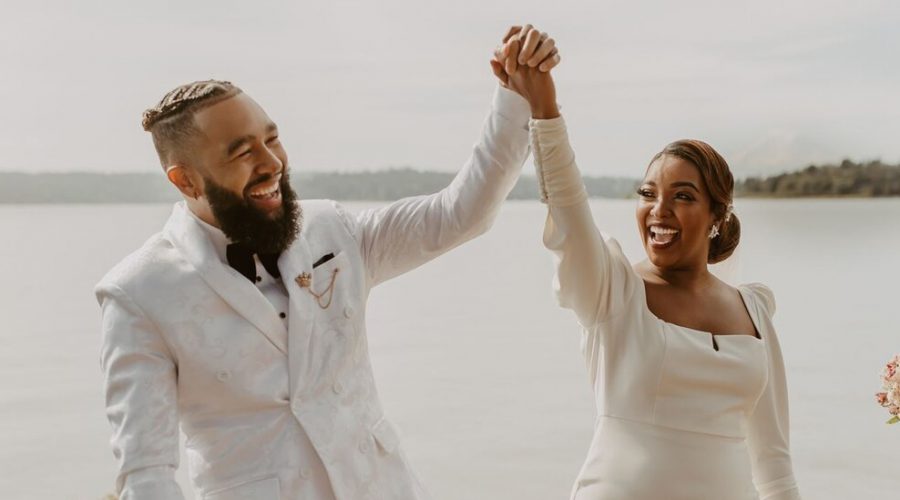 Sliding into a stranger’s DMs wasn’t something James Miles had ever considered … until he spotted Meron Haile on a friend’s Instagram in December 2016. He then asked the mutual friend, Leah Ojesina, to vouch for him, which she did, telling Ms. Haile she thought they would be great together, or at least good friends, if nothing more.

Because Mr. Miles, who grew up in Chicago, lived in Seattle and Ms. Haile lived in Houston, an in-person meeting was not on the table just yet. So the following month, they met over Facetime. Ms. Haile wore no makeup and had her hair in a scarf. Even if they hit it off, she reasoned, this was how she would look most of the time.

Not only did the conversation flow easily for two hours, but “I appreciated her being comfortable like that right off the bat,” Mr. Miles said.

There were two defining characteristics of that first conversation: they laughed a lot and spoke openly about faith. These are two qualities that would soon become hallmarks of their relationship, they say.

“For him to talk about his belief in God so freely was a breath of fresh air,” Ms. Haile said.

“I didn’t yet know that she was my wife, but I knew this was different,” Mr. Miles recalled. “She had that ‘It’ factor you can’t explain.”

Mr. Miles, 29, is known as “Booby,” after a James Miles with the same nickname in the book and movie “Friday Night Lights.” He is a graduate of Howard University and the founder of Miles Hike Club, a hiking tour company based in Seattle.

Ms. Haile, 28, is studying to become a physician assistant at the University of Washington. Born in Ethiopia, her mother is Eritrean and her father Ethiopian; her family lived in Germany for much of her childhood, until they settled in Houston when she was 10. She graduated from Texas A&M.

They continued to chat, until a month later, when Ms. Haile flew to Seattle after losing a bet (possibly over the outcome of a basketball game, they said, though they can’t quite remember). 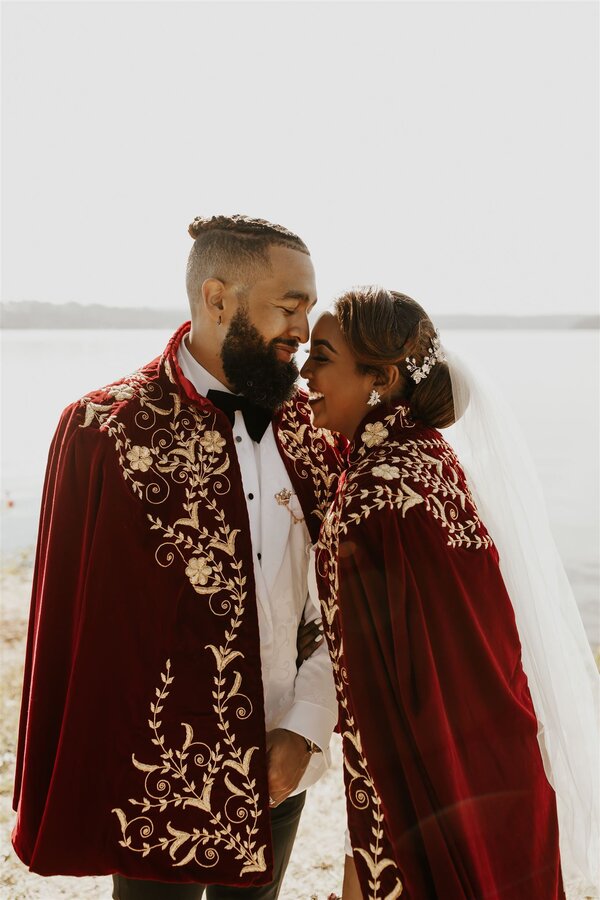 There, they took a ferry to go wine-tasting on Vashon Island. They also attended the birthday party of a friend of Mr. Miles.

“There was no awkwardness, it flowed as if I had known her for years,” Mr. Miles said.

They began visiting each other every four to six weeks, becoming exclusive in September 2017. Almost a year later, Ms. Haile moved to Seattle.

“He helps me be my best self,” said Ms. Haile, who will take the last name Miles. “He is always supporting me and tending to my feelings and emotions.”

“She has influenced every aspect of my life,” Mr. Miles said. “My life has multiplied in ways that would have never been possible had I not met her.”

In February, a friend with an event planning company asked the couple to do a photo shoot that would require Ms. Haile to have her hair, nails and makeup done. After the shoot, they went to a restaurant where, unbeknown to Ms. Haile, both their families were waiting (all had been tested for Covid) and Mr. Miles proposed.

They were married on June 19 by Shaun Frazier, a family friend who was ordained by American Marriage Ministries, at Seattle’s Colman Beach, with a view of Mt. Rainier in the distance. Only their immediate families and a few friends were present.

Mr. Frazier acknowledged that it was Juneteenth in the ceremony. The couple had chosen that date “to commemorate our ancestors and celebrate the freedom we have now, knowing we stand on the shoulders of giants who came before us,” Ms. Haile said. “This is our way to dedicate our love and union to those who fought for us to be where we are today.”