Matthew Williams has a theory about shoes: extreme footwear can turn even the most streamlined outfit into a radical proposition.

“All the shoes this season really give great silhouette. Shoes don’t always do that,” he remarked, pointing out a pair of chunky orange vinyl platform boots in the sleek Paris showroom where he was presenting his first pre-collection since joining Givenchy earlier this year. 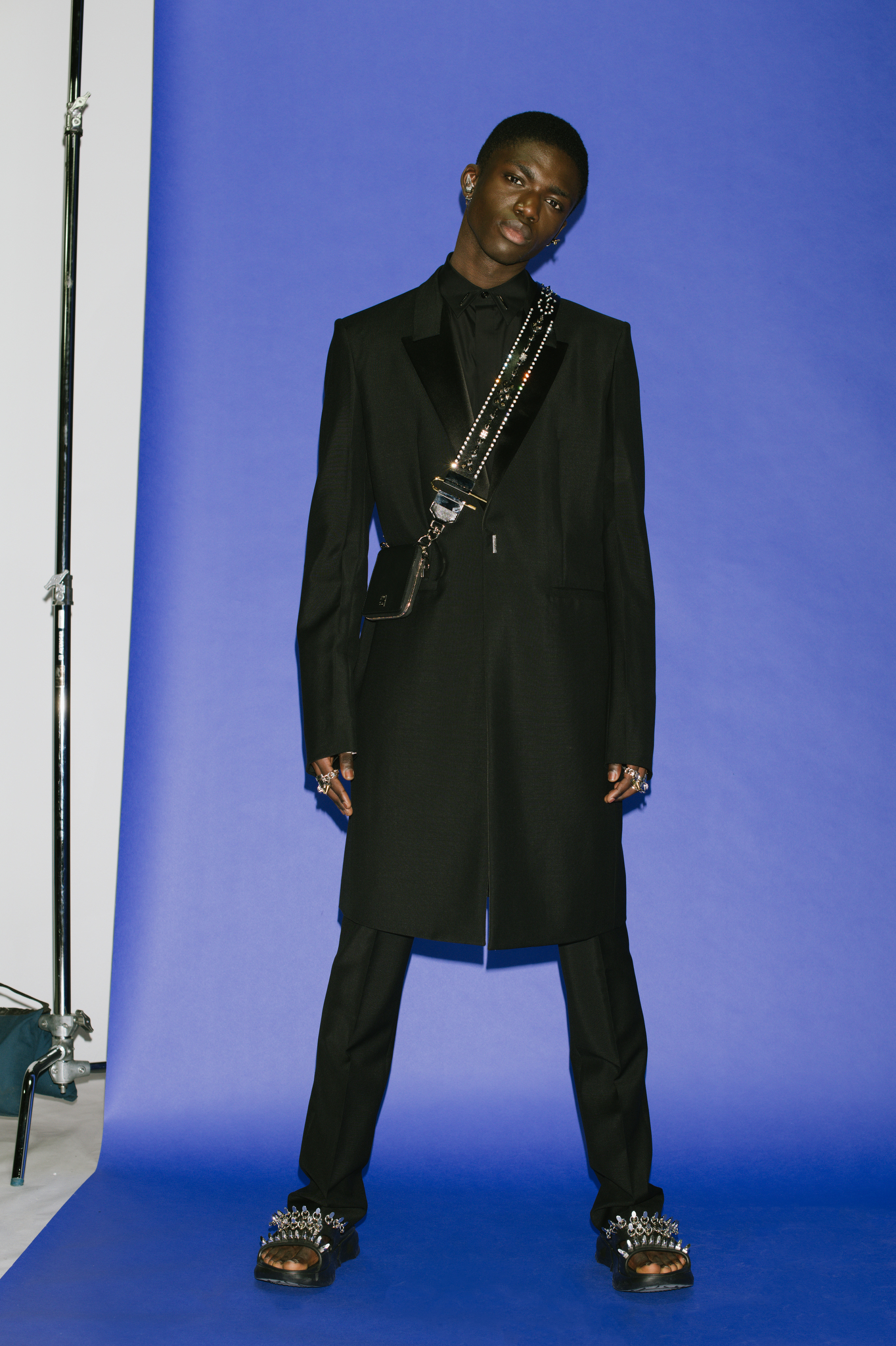 Forget about the pointy kitten heels that house muse Audrey Hepburn wore with her little black dress in “Breakfast at Tiffany’s.” Slinky evening gowns, embellished with glinting rhinestones and spiky metal studs, were paired with hefty sheepskin slippers with Marshmallow rubber soles — and another thicket of hardware sprouting on top.

Like many of the shoes, they were a unisex proposition, also finishing off a men’s outfit consisting of a razor-sharp black coat worn over an olive green T-shirt and skinny sweatpants. 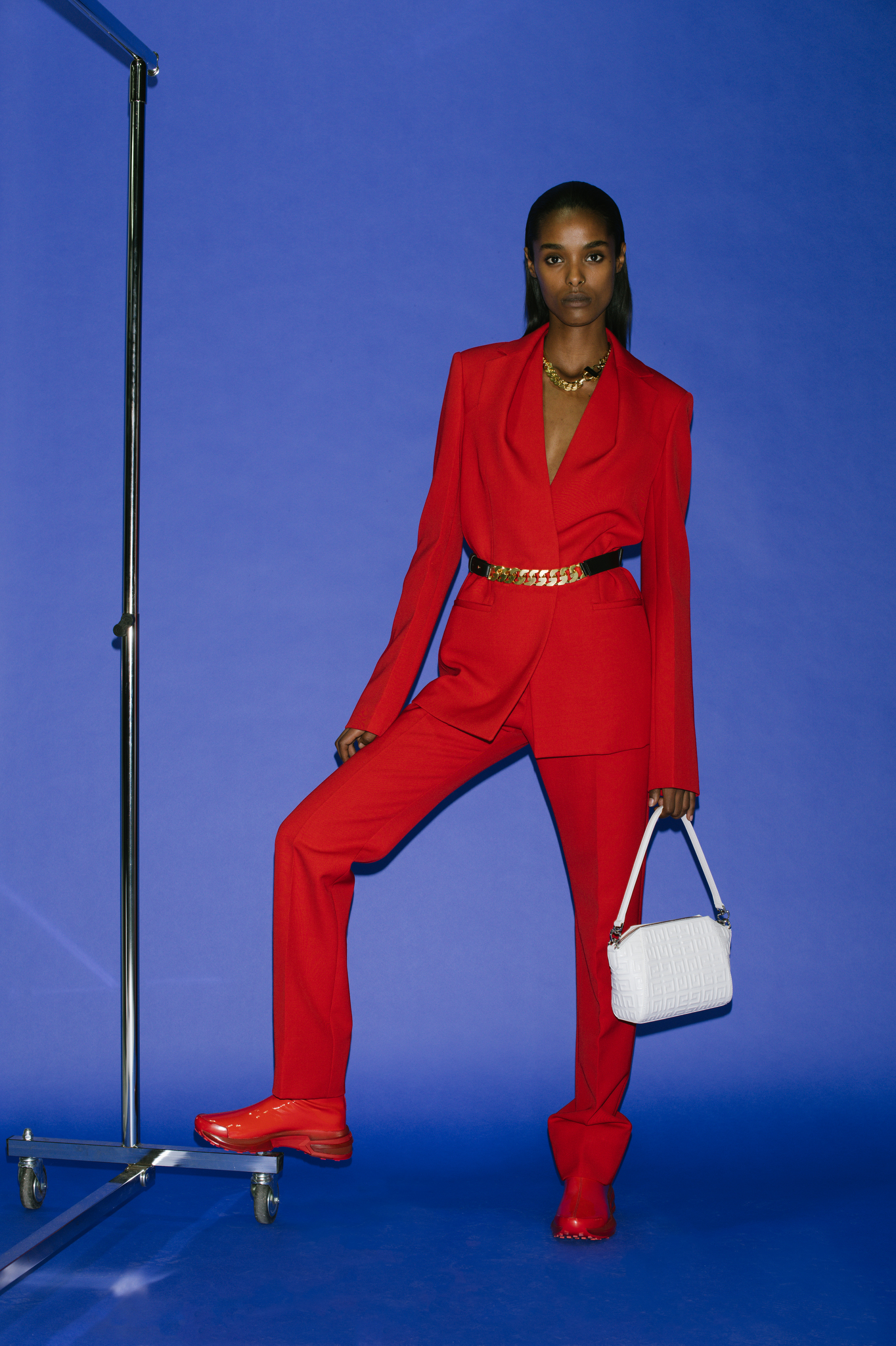 “The luxury of not caring,” suggested the designer, who made a name for himself working as creative director for Lady Gaga, and has won a devoted following with his upscale streetwear label 1017 Alyx 9SM. It seemed like a pithy summary of his approach to Givenchy, combining industrial-tinged cool with a fresh take on couture tradition.

“It’s an idea of a more personal luxury, of simultaneous formality and informality, construction and comfort; it’s the luxury of people wearing clothes, not clothes wearing people,” Williams expounded in his collection notes.

He reprised the sharp tailored looks from his debut collection in October, with sleek three-quarter-length men’s coats featuring stud fastenings high on the chest, or a minimal black women’s cape with arm slits to show off a forest of studded cuffs and rings.

“I start with hardware, as always,” said the designer, noting that he has been able to develop new shapes, including a clear crystal stud. “I’ve always had to work with just stock studs. To now actually get to design a new shape for an archetype like that has just been really fun.” 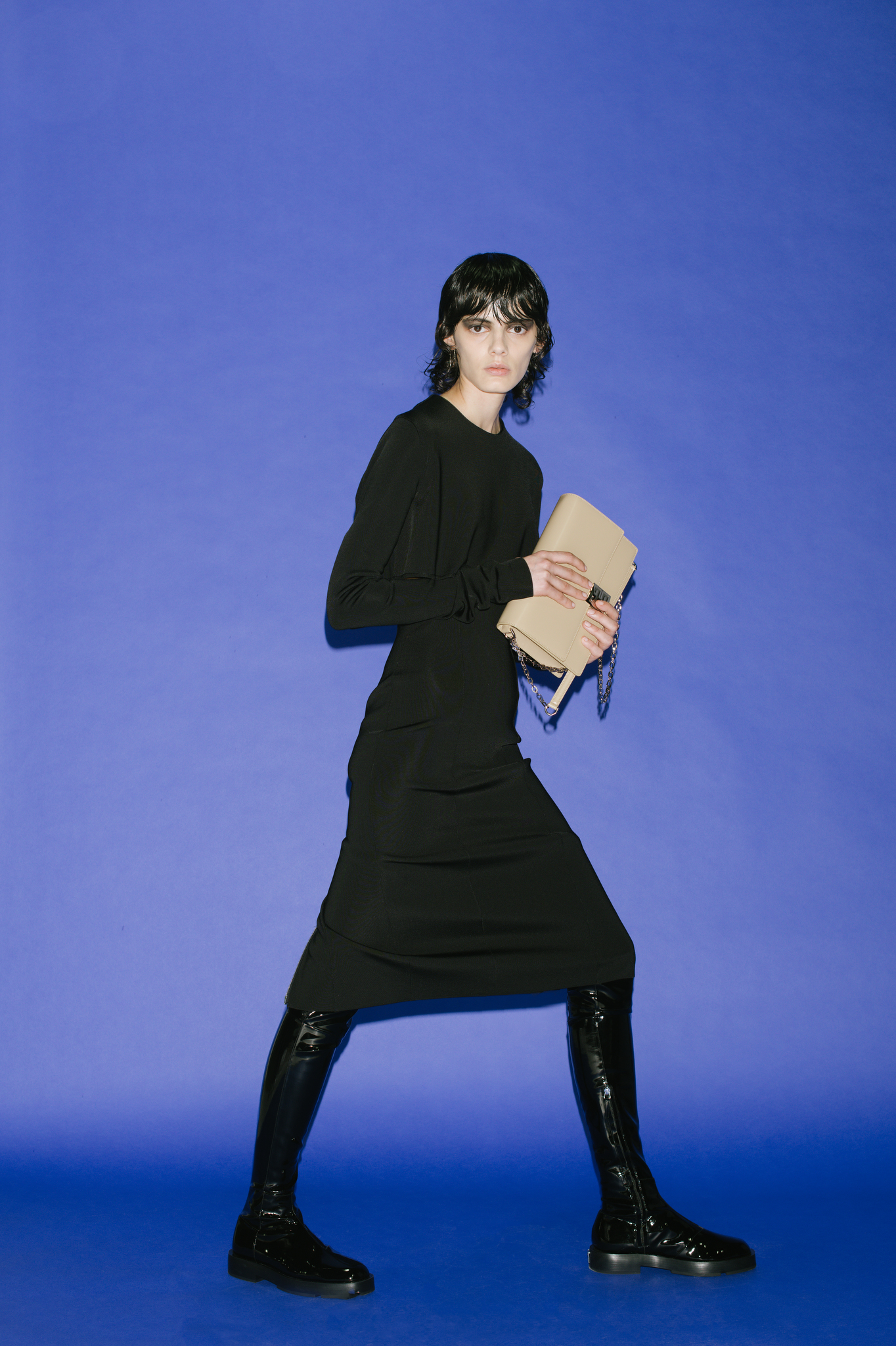 Pantsuits were dressed down with stretch leather boots with chunky see-through soles, while the more formal women’s looks were balanced with cropped bomber, varsity and biker jackets setting off bare waists lashed with thick straps.

Williams, who is fanatical about modernizing craftsmanship, has also started experimenting with artisanal techniques, using barely there thread embroidery in the house’s signature 4G monogram motif as the fabric for a pink slipdress.

It was the teensiest of teasers for his couture debut, which has been delayed by the ongoing uncertainty surrounding the coronavirus pandemic. Givenchy has opted to sit out Paris Couture Week in January, though it’s safe to bet Williams will be dressing a celebrity friend or two during awards season in Hollywood.

For actresses who haven’t squeezed their feet into high-heeled shoes in months, those sheepskin slip-ons might just prove the clincher. 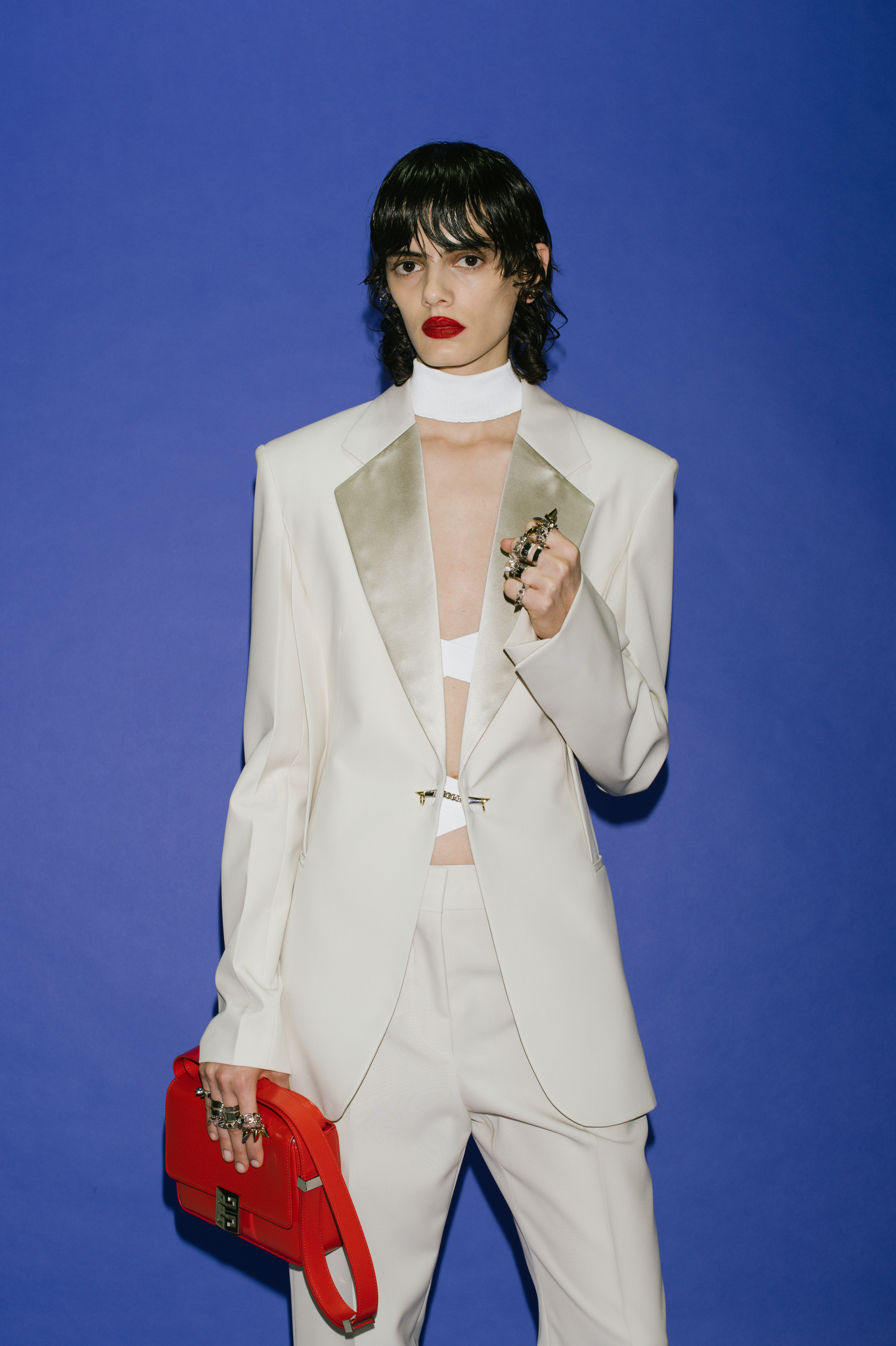 Matthew Williams Went Heavy on Hardware for His Givenchy Debut