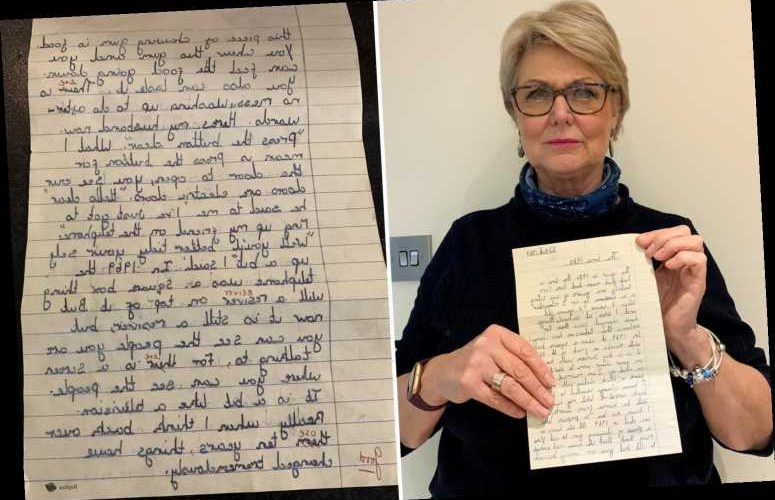 A LETTER from 1969 written by a schoolgirl has been found stuffed down the back of a sofa – and it has some pretty accurate predications about the future.

The 50-year-old note penned by the unnamed girl was discovered by Rosa Beckerton and her husband Peter, 67, while he was refurbishing the old piece of furniture for a client. 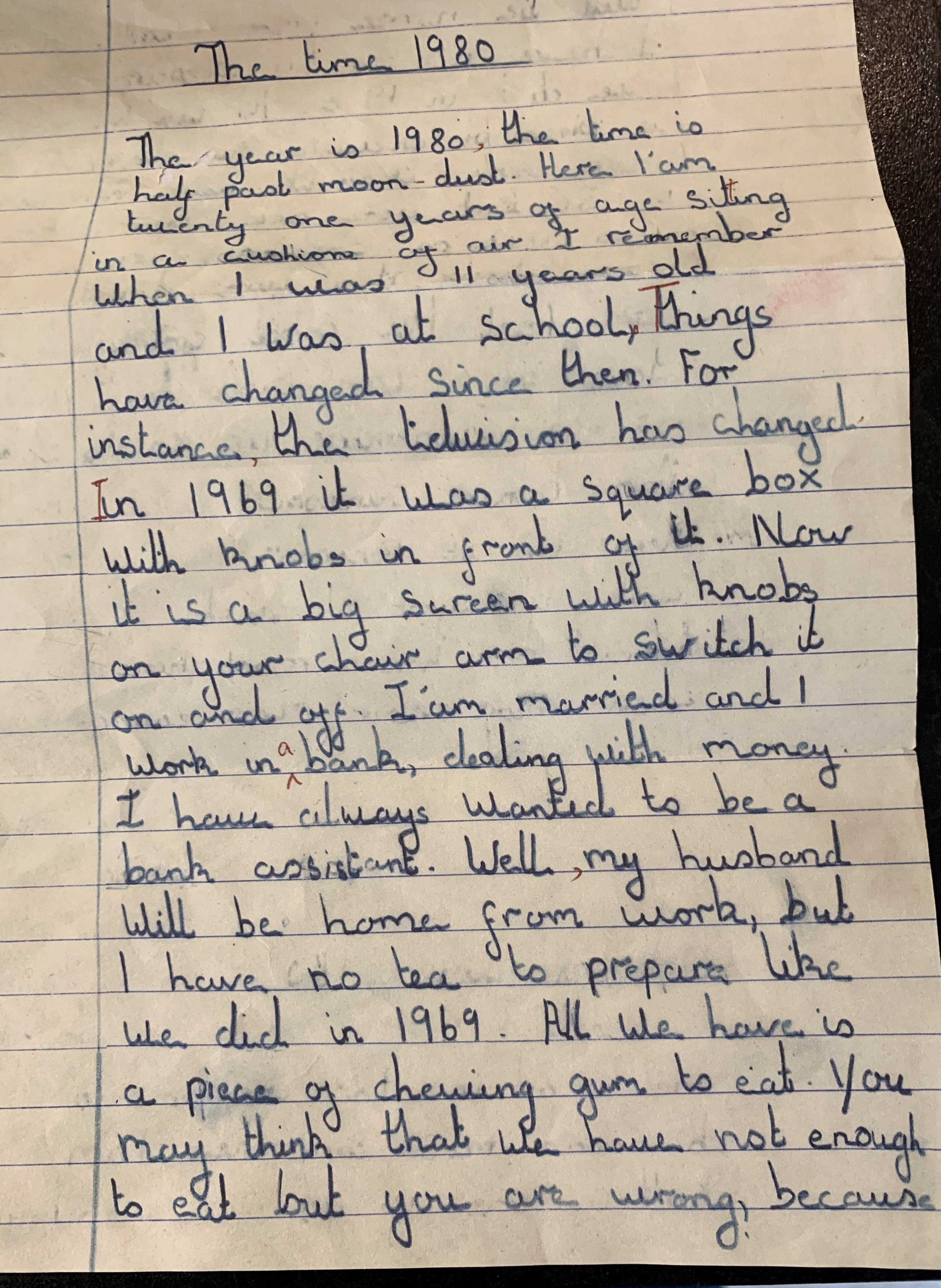 While the letter contained some rather farfetched fantasies – including the Willy Wonka-esque suggestion of getting all your meals from chewing gum – the young girl was not far off the mark with other predictions.

In fact, the school girl appears to have predicted video-call platform Zoom – suggesting that all phonecalls in the future would be accompanied by a video feed

She wrote: "In 1969 the telephone was a square box thing with a resiver [sic] on top of it. 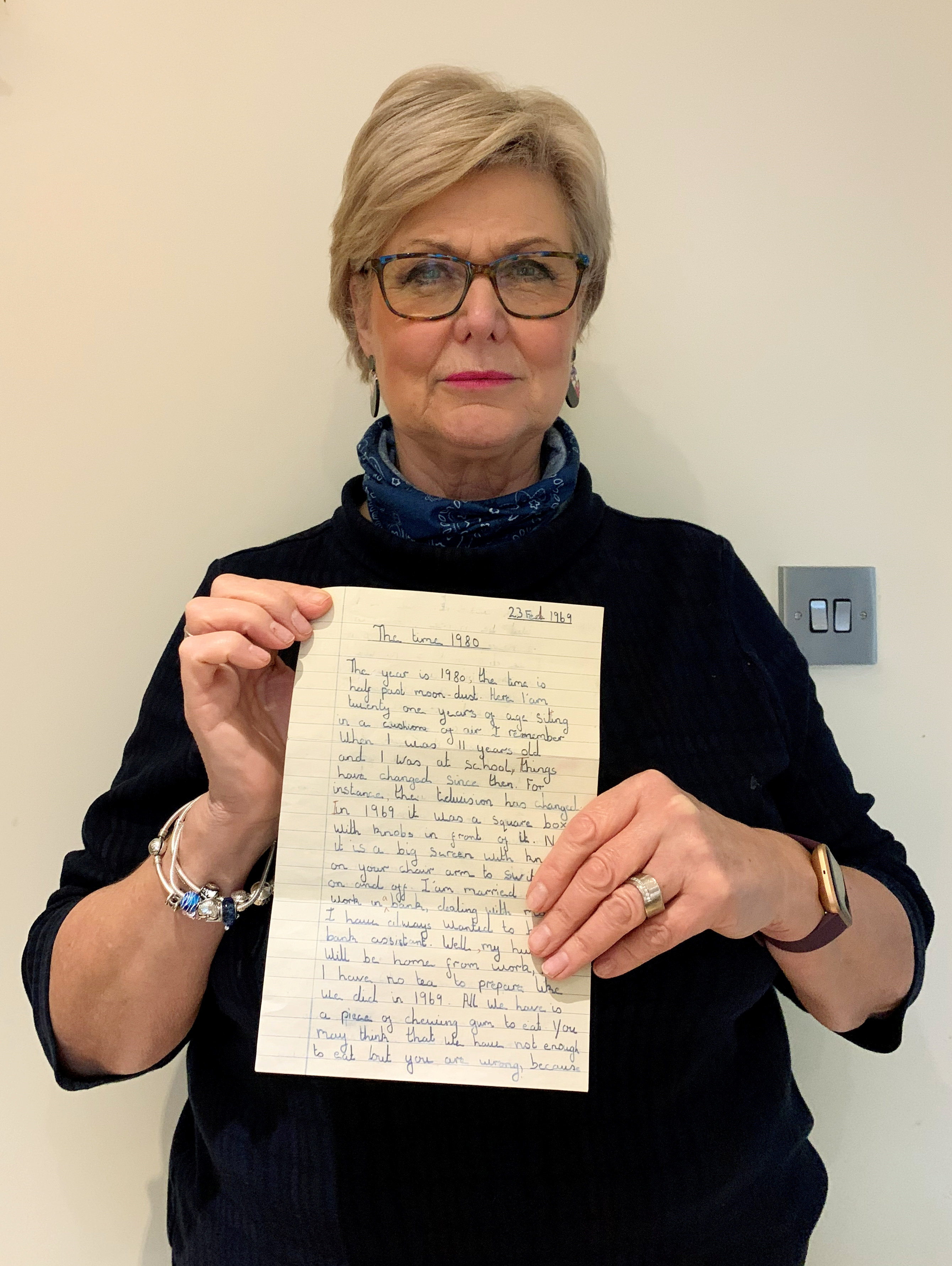 The unnamed letter, complete with a teacher's corrections and comments in red pen, was discovered by the couple from Peterborough, Cambs, after Peter, an upholsterer, was tasked with sprucing up sofa.

Rosa said: "My husband works as an upholsterer, and he found it down the side of a sofa that he was upholstering for a customer.

"They had no idea it was there. It was really surprising.

"When my husband showed it to me I couldn't believe it. I thought oh my god, look at this. 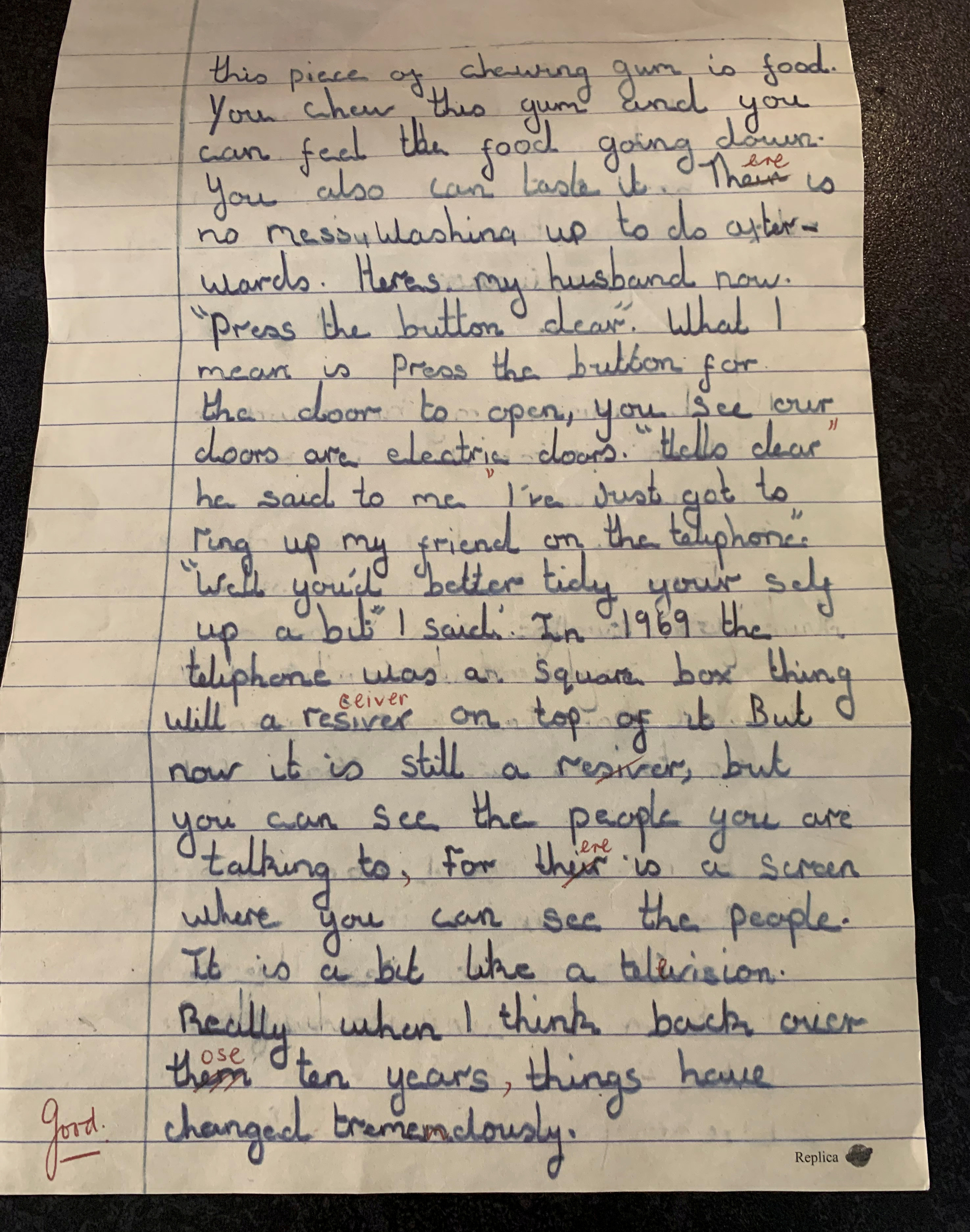 "It was just so interesting, because looking at it today she's got a lot of her predictions kind of right – but in her childish innocent way she thought it would all happen in ten years.

"It didn't have any name on it unfortunately, but it was marked 'Good' by the teacher, which I thought was nice.

"I just wanted to share it in the hopes that maybe the author might see it and recognise it.

"My husband has found all sorts of rubbish down the side of sofas and furniture before – but never anything as interesting as this."

The letter begins: "The year is 1980, the time is half-past moon dust. Here I am twenty-one years of age, sitting in a cushion of air.

"I remember when I was 11 years old and I was at school, things have changed since then.

"For instance, the television has changed."

And continues: "In 1969 it was a square box with knobs in front of it. Now it is a big screen with knobs on your chair arm to switch it on and off.

"I am married and I work in a bank, dealing with money. I have always wanted to be a bank assistant.

"Well, my husband will be home from work, but I have no tea to prepare like we did in 1969.

"You chew this gum and you can feel the food going down. You can also taste it. There is no messy washing-up to do afterwards.

"Here's my husband now. 'Press the button, dear'. What I mean is press the button for the door to open, you see our doors are electric doors.

"'Hello dear,' he said to me. 'I've just got to ring up my friend on the telephone'.

"'Well you'd better tidy yourself up a bit,' I said.

"In 1969 the telephone was a square box thing with a resiver [sic] on top of it.

"Really when I think back over those ten years, things have changed tremendously."

The original author would now be aged around 62.

We also shared how homeowners find furious 80-year-old letters to woman who called off engagement hidden under floorboards.

And a family find hidden message left by girl, 10, inside second-hand caravan – and people think she’s a ‘legend’.

Plus this woman pens scathing letter to ex who sent her a sex toy meant for his mistress.