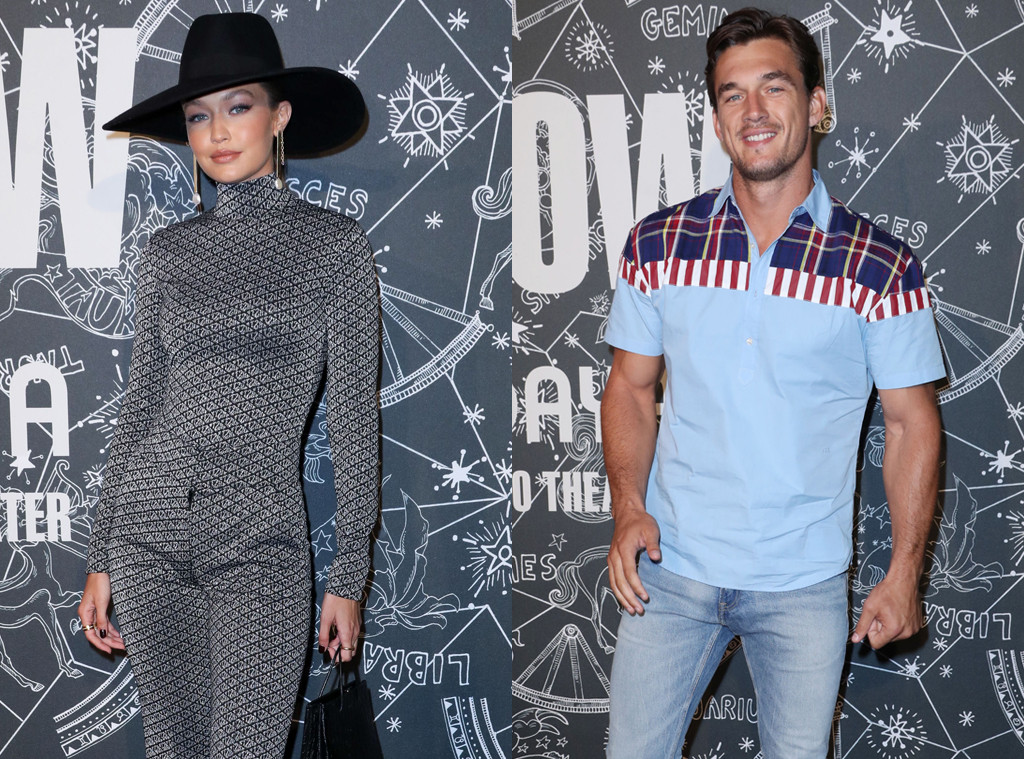 At this point, it’s as if Gigi Hadid and Tyler Cameron are trolling us.

The duo, who have basically been inseparable since early August, attended the Zendaya x Tommy Hilfiger New York Fashion Week event on Sunday night. OK, so? Well, they seemingly went out of their way to arrive separately at the Apollo Theater in Harlem and were most certainly not photographed together as they each walked the carpet solo. Yes, we were this close to witnessing their public debut!

For the big evening, Gigi chose metallic, wide-legged pants and matching top, accessorizing the look with a black fedora, drop earrings and a small handbag. As for The Bachelorette runner-up, he sported cuffed jeans and a light blue button-down, which featured a plaid patter on the shoulders. Tyler, of course, completed the casual look with white sneakers.

Just last week, before Fashion Week’s kickoff, the couple were pictured together, walking arm-in arm in the Netherlands as Gigi bid farewell to her beloved grandmother at her funeral service. They were surrounded by the model’s younger siblings Bella Hadid and Anwar Hadid as well as Anwar’s girlfriend Dua Lipa and the family matriarch Yolanda Hadid.

Since their romance began heating up last month, Tyler has gotten to know not only Gigi’s family but also her tight circle of friends, including Serena Williams and Taylor Swift. The couple dined out with the tennis champ at NYC’s La Esquina and, weeks later, celebrated the 2019 MTV Video Music Awards at an after-party with the “Lover” singer.

“The connection is there for sure,” a source previously told E! News. “She looks really happy and calm with Tyler around. It’s like she is herself around him, no pretense of act.”

That feeling is certainly mutual. “Tyler likes Gigi and definitely wants to keep seeing her,” a second insider has shared. “They have are having a lot of fun and don’t want it to end, that’s for sure.”

Related posts:
09/09/2019 Fashion Comments Off on Gigi Hadid, Tyler Cameron Were So Close To Making Their Debut at NYFW
Entertainment News