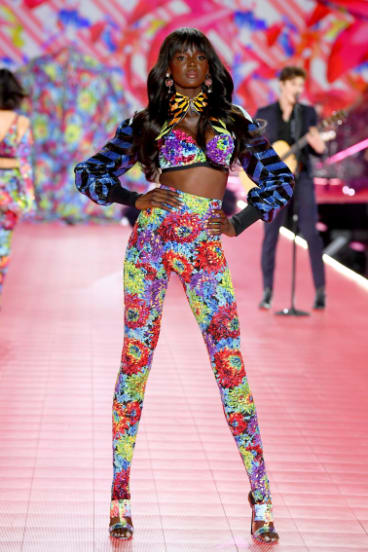 There were five Australians among the 49 models on the catwalk at this year's Victoria's Secret Fashion Show and – while it is not a competition – yes, that does mean we had the highest number of models in the annual undies extravaganza (on a per capita basis; study still yet to be peer reviewed).

Melbourne-born Duckie Thot, 23, stunned in a technicolour activewear ensemble in her debut at the brand's holiday fashion show, which attracts millions of television viewers.

Thot, whose family fled South Sudan as refugees, came third in the 2013 season of Australia's Next Top Model. However she later made the decision to move to the US, telling Paper magazine she struggled to find work in Australia due to her skin colour.

Her career has really kicked off over the past two years: Thot made her international runway debut at Kanye West's Yeezy Spring/Summer show last year, subsequently modelling for Rihanna's Fenty brand, as well as appearing in this year's Pirelli calendar.

Thot announced her casting in the Victoria's Secret show in September, posting a video of the moment she learnt she would be taking part to her Instagram account.

"Words can’t express how much this means to me, thank you Victoria's Secret for the opportunity of a lifetime," Thot captioned the video. "This moment means the world. Always believe you can do anything."

She was joined by fellow Melburnian, Subah Koj. Coming to Australia from South Sudan via Egypt as a child, Koj became the first African model to open a fashion show in Australia when she walked in the Georgia Alice show at Mercedes-Benz Fashion Week in 2016.

"Diversity" was the buzzword of the evening (a word that has become something of a tick-a-box in the fashion world). US model Winnie Harlow walked, becoming the first Victoria's Secret model with vitiligo.

Joining Thot and Koj was Sydney teenager Alannah Walton, who also made her Victoria's Secret debut. The 18-year-old, who signed with IMG at just 15 after being discovered on Instagram, attended the 2016 show as a guest of Victoria's Secret senior creative Edward Razek but this is her first time on the runway.

Meanwhile, old hands Shanina Shaik, 27, and Kelly Gale, 23, were each back for their fifth stint. 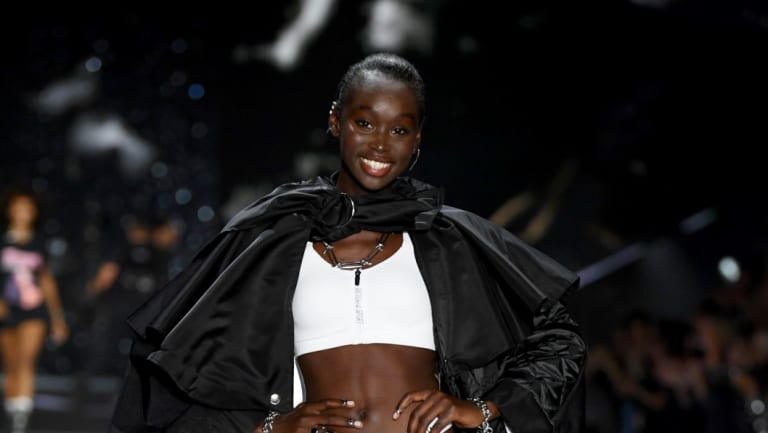 But, the brand has continued to be criticised for failing to include women of different sizes in its annual show, which will air on December 2 in the US. Australian model Robyn Lawley was among a number of plus-size models who staged an alternate show titled "We Are All Angels" in London earlier this week, wearing wings and lingerie in the style of the Victoria's Secret Angels. Last month, Lawwley started an online petition calling on people to boycott the show.

Last year's show, held in Shanghai, was marred by controversy after a number of Russian and Ukrainian models were reportedly denied Chinese visas and a number of regulars – including Gigi Hadid and Kendall Jenner – announced they would not be taking part.

But both Hadid and Jenner were back on Thursday night, along with Adriana Lima who made headlines hours before the show when she announced it would be her final turn in her wings.

The Victoria's Secret Angel, who has walked in 18 of their annual shows, teared up on the runway as she was described as the "greatest Angel of all time".

11/09/2018 Fashion Comments Off on Getting their wings: Aussies debut at Victoria's Secret show
Recent Posts