Recent research has shown that women in the UK are now among the top drinkers in the world, matching men for the amount they consume. 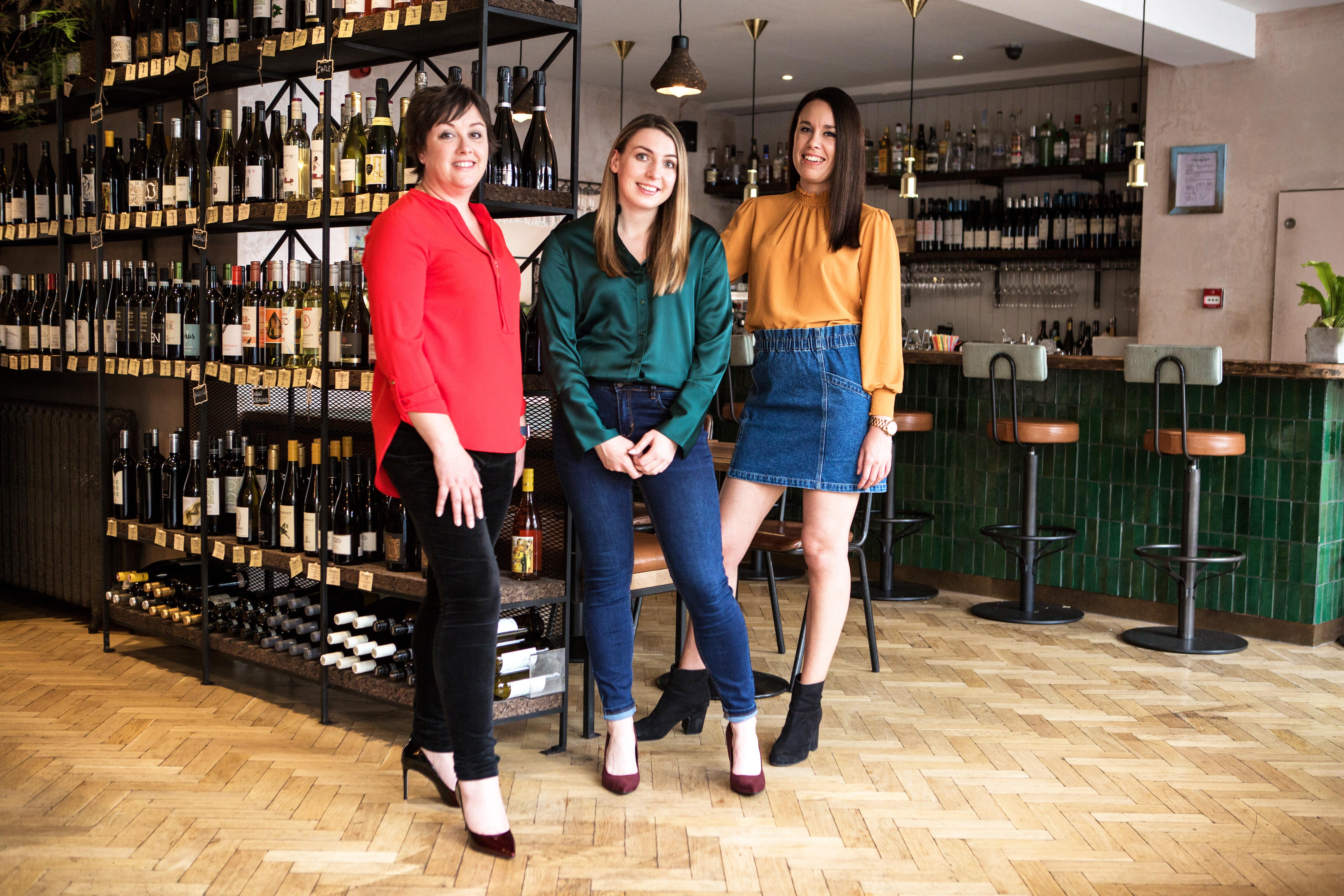 According to experts, it’s an alarming statistic, though not surprising.

“In fact, these days women are being targeted by the alcohol industry. For example, we’ve seen a craft gin explosion, with lots of different flavours available, while bars, clubs and supermarkets
subconsciously promote female binge drinking, with offers on prosecco and wine. 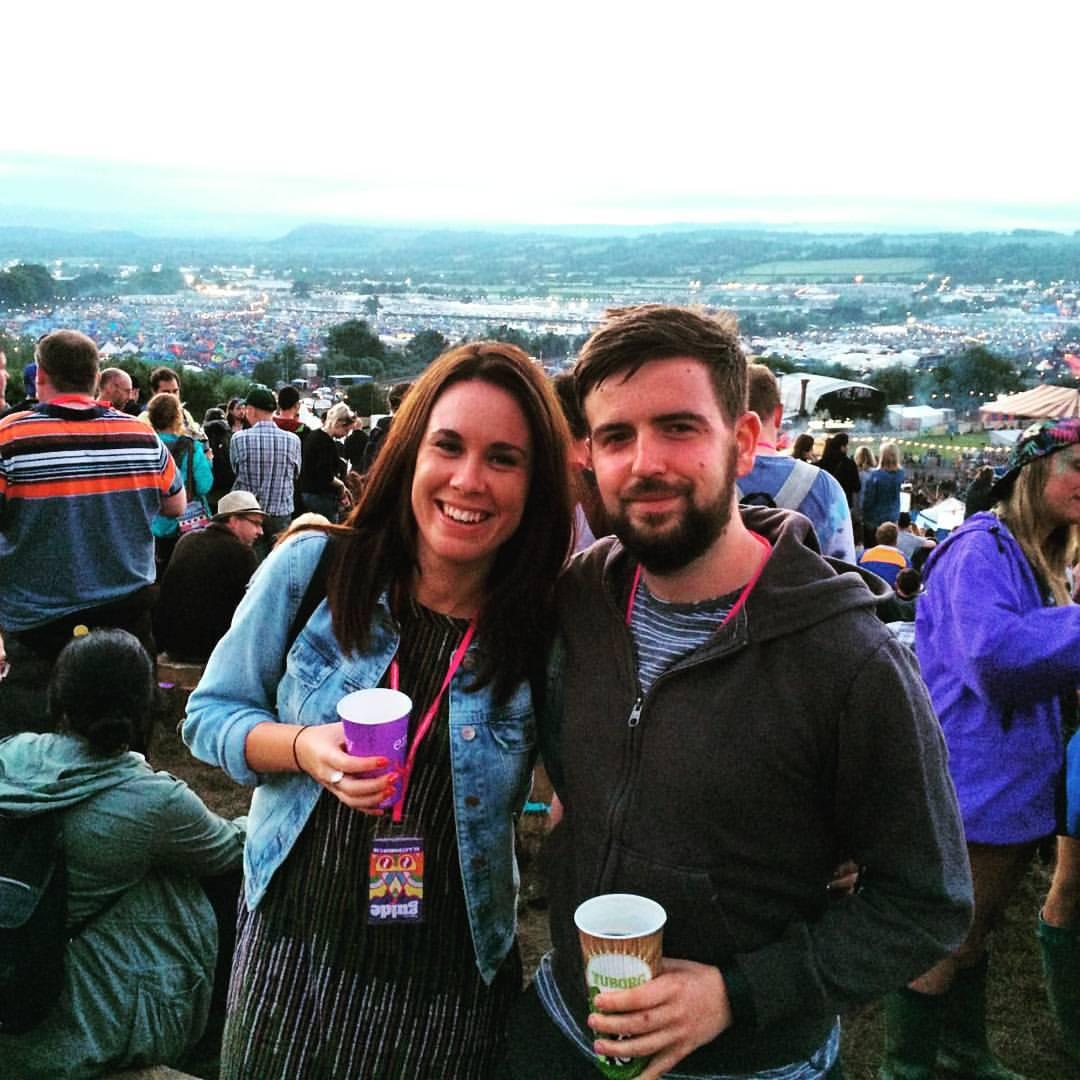 Plus, women have a greater disposable income than in previous decades as so many now work and so have more money to spend on booze.

“However, what’s really striking was the overall findings of the high levels of death and illness caused by alcohol.

"Each year, 3 million people die globally, with nearly 8,000 in the UK alone, and 43% of those are women, which has made one thing clear – despite the government’s recommended limit of 14 units per week, there is no truly safe level of consumption.”

But why have our drinking habits spiralled so out of control? To find out, we asked Dr McLaren to analyse the drink diaries of three women.

Laura Hilton, 32, is a journalist and lives in London with her partner Tom, 31, a recruiter.

“Since my mid-20s, I’ve definitely cut down on the amount of alcohol I drink, but I’ve started boozing more frequently. 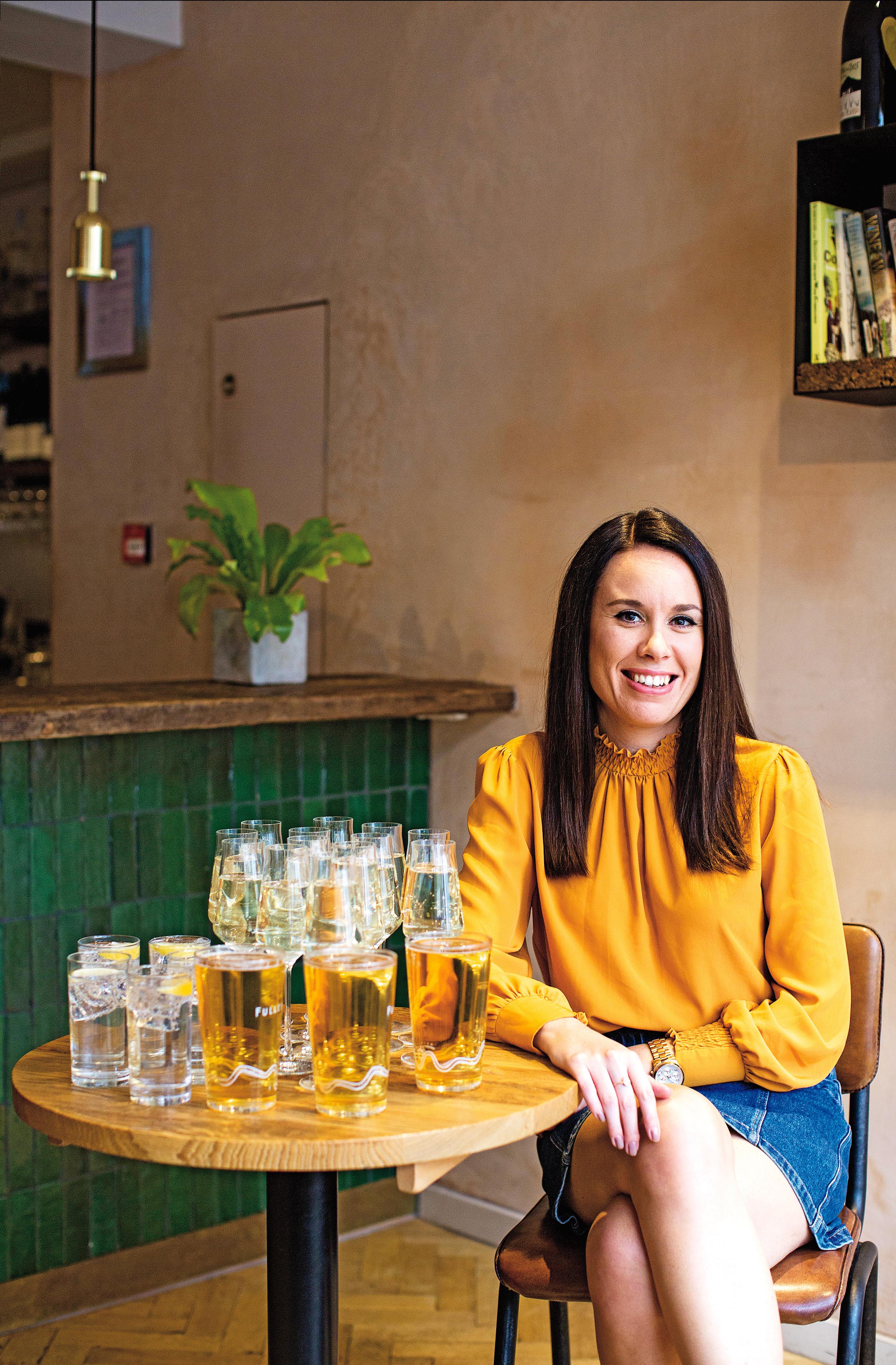 "My job can be very full-on, so after work I’ll have a gin and tonic (or two!) at home with dinner to relax and forget about the day.

"When I was younger, I’d easily down a couple of bottles of wine plus shots on a night out, but now I’ve quit wine because the terrible hangovers weren’t worth it.

"At the weekend my drinking habits vary – I’m either all or nothing. If my friends have organised a boozy brunch then I’ll be on board, drinking bottles of prosecco before switching to spirits when we head to another bar.

"Sometimes I’ll try to be healthy and give my liver a break so I don’t drink at all, but saying that, I do know I probably have too much. It’s hard, though, as I can’t help but think life’s too short, and alcohol does make me feel more confident and happy.”

SATURDAY 2 x bottles of prosecco at a bottomless boozy brunch, 4 x gin and tonics at the next bar

Dr McLaren says: “Prosecco is very fashionable at the moment. A mixture of clever marketing and social media creates the idea that it’s a drink that can make an everyday get-together feel that little bit special, while coming with an appealing price tag.

"Although Laura’s drinking might not look problematic, it displays a slight binge pattern, which is commonly defined as consuming more than six units of alcohol in a single session.

"It means Laura’s prosecco o’clock could carry potential health risks, especially as alcohol – which is a toxin – can affect every organ in the body.

"Its impact on the liver is well known, but it can also cause brain damage and dementia, damage the peripheral nerves and mean irreversible sensory loss.

"It can cause heart failure, internal bleeding and even rot your guts. It sounds dramatic, but it’s becoming all too apparent as we start to really understand the dangers of binge drinking.” 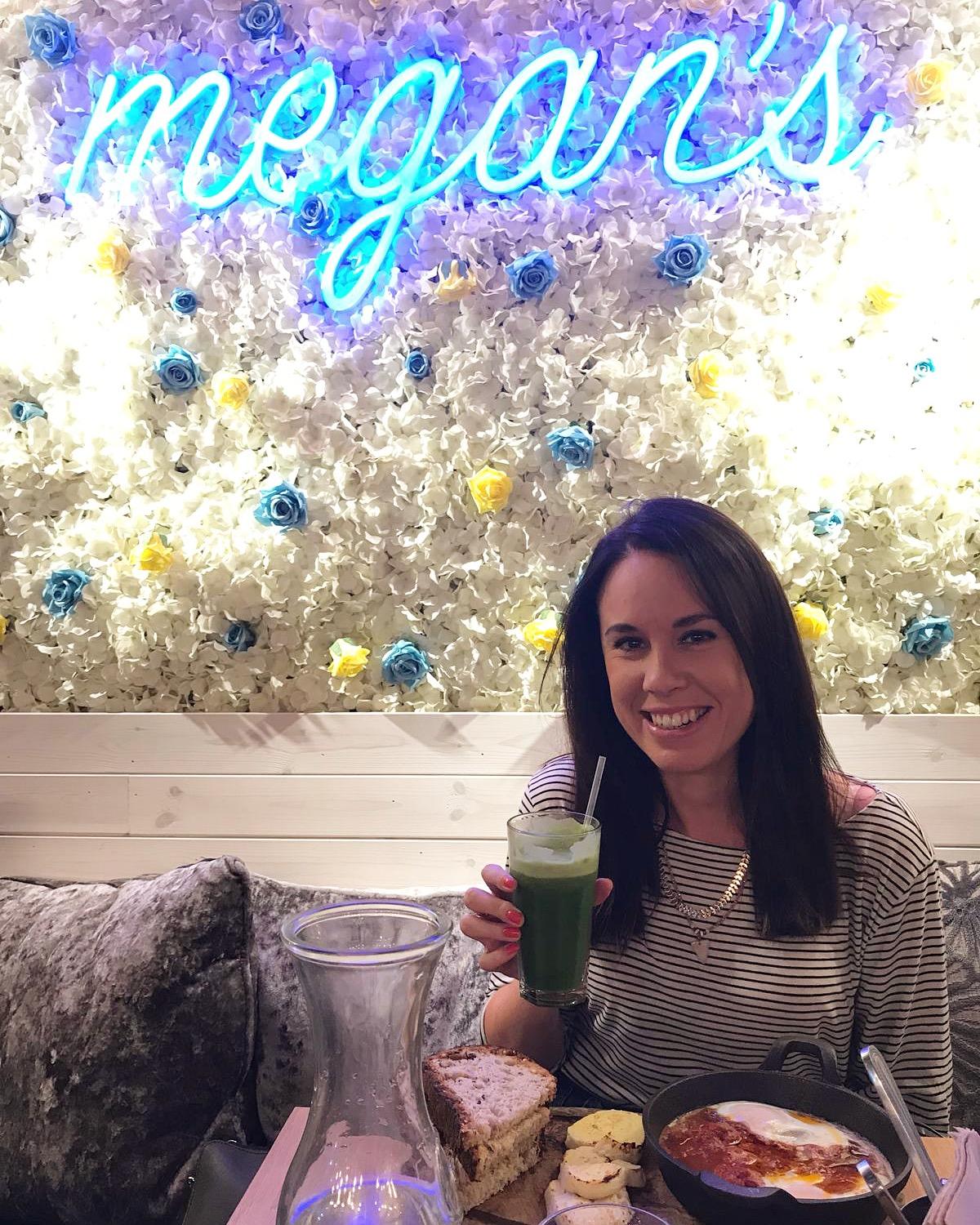 Laura says: “I’m beyond shocked to hear how many units I consume. I’m already aware of the health consequences, but I’m active and eat well so I hoped that would counteract some of the damage done by drinking too much.

"My eyes have definitely been opened and I’ll be taking steps to cut down, such as limiting how much I drink while I’m out with friends so that I’m not binge drinking.”

‘I use alcohol to relieve stress’

Gill Sherwin, 45, runs her own online retail company with husband Will, 54, and lives in Newcastle-Under-Lyme, Staffordshire, with daughter Isla, eight.

“I always have a tipple on a Friday – post-work drinks are a must in our house. I’ll have one in the pub when I’ve finished work for the day and then head home for more. 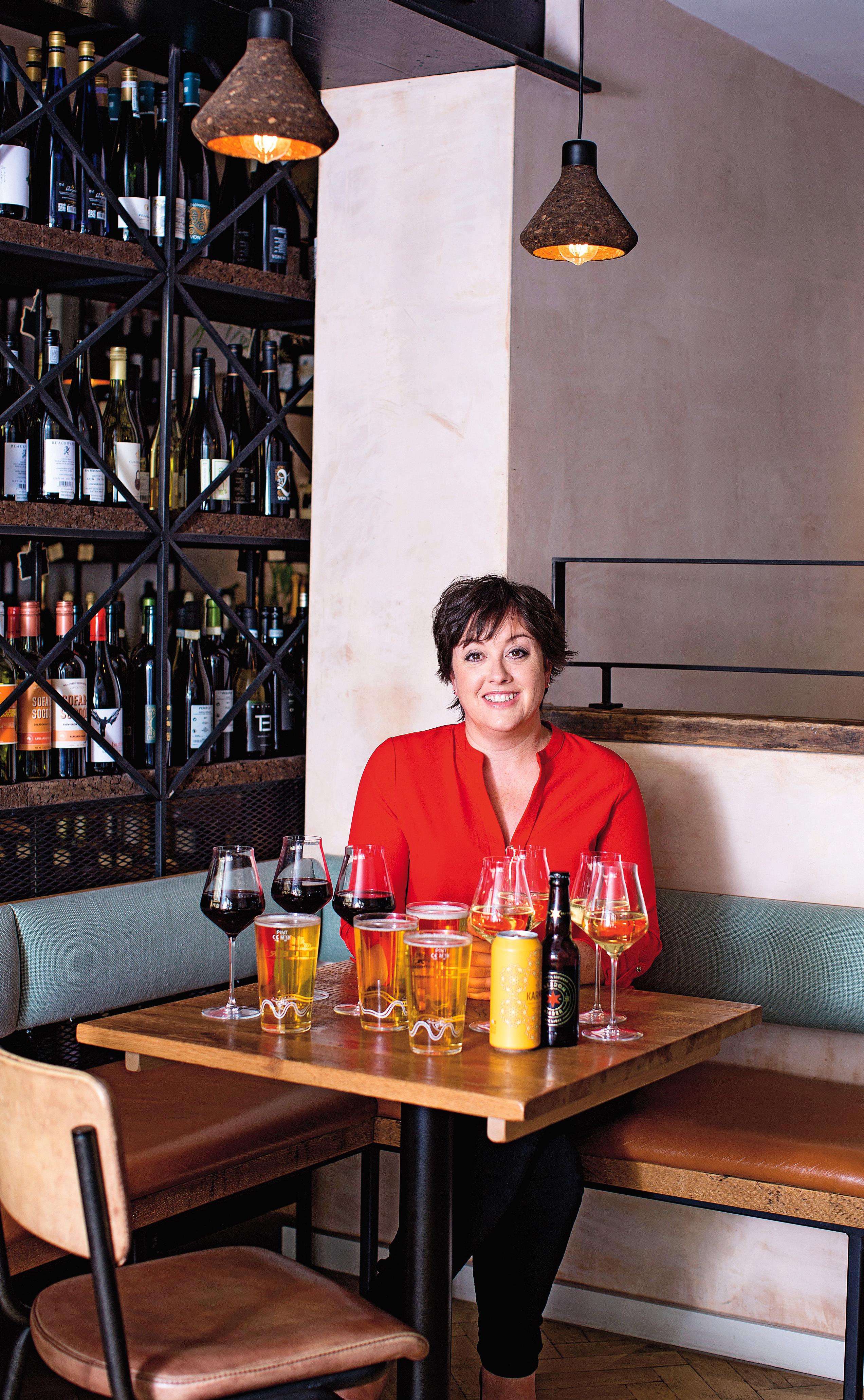 "Apart from that I don’t have any particular drinking habits – I just have a glass whenever I feel I need one. I don’t like to drink more than two nights in a row, but ironically if I’ve been well-behaved and had two dry nights, I’ll congratulate myself by opening a bottle of vino.

"Usually I’ll drink four nights a week, but when work is hectic that might go up to five or six. I definitely use alcohol as stress relief – a cold beer is what I crave after a taxing day at work, but I steer clear of spirits because they’re too strong for me.

"Other than Friday night at the pub, most of my drinking is done at home with my husband. We love to open a bottle of wine and watch a TV show together.

"I don’t worry too much about my drinking, but I know I should probably cut down a little.”

WEDNESDAY 1 x bottle of beer with work colleagues, 1 / 2 bottle of red wine at home with dinner

FRIDAY 1 x pint with lunch, 1 x pint and 1 x bottle of beer with friends at the pub after work, 1 / 2 bottle of red wine at home afterwards

Dr McLaren says: “It’s increasingly common for women to have a couple of glasses of wine to unwind or relieve stress when they get home, like Gill.

"It’s a particular risk for working mums, for whom getting home means different pressures, and while alcohol appears to reduce stress very well, the relaxing effects don’t last, which means those de-stressing glasses of wine can gradually get bigger and it becomes very hard to track your units at home.

"Even though Gill says she avoids spirits as she thinks they’re too strong, in terms of health risks it doesn’t matter whether you drink vodka or white wine – it’s the amount of alcohol and units consumed that matter, not the concentration.

"It’s great that Gill has some days off, but looking at her diary it seems like Friday is a bit of a binge day, as it is for so many people ready to celebrate the end of the working week, so she needs to watch that it doesn’t become a bad habit.” 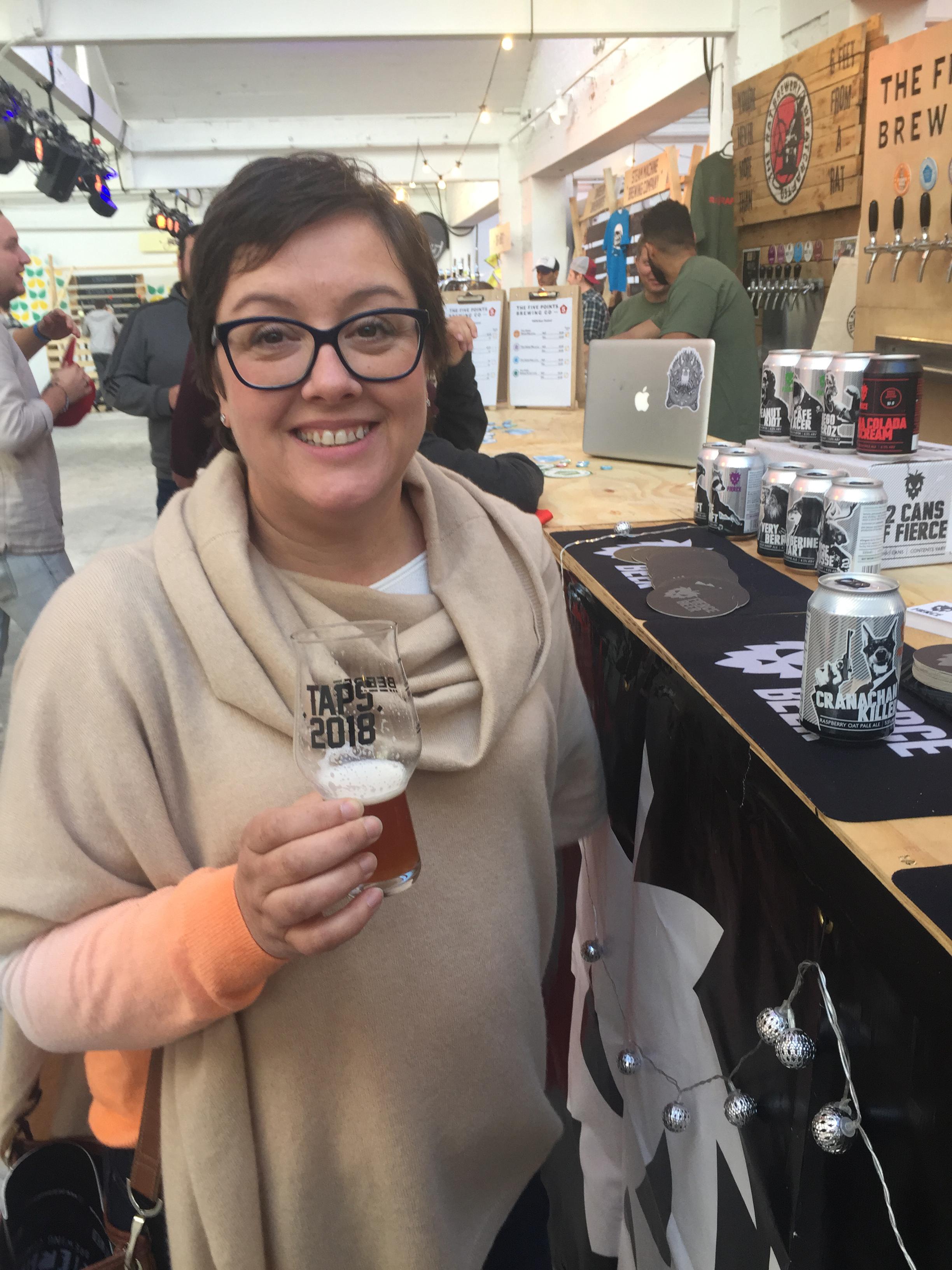 Gill says: “It’s scary to see how quickly the units add up, but I’m also a great believer in balancing out any possible lifestyle problems with lots of other healthy habits.

"My diet is pretty good, I don’t smoke and I usually clock up 10,000 steps per day as well as staying active with walks and bike rides at the weekend.

"Hearing the doctor’s comments doesn’t convince me that there’s much benefit to abstaining completely, but I will look to increase the number of days when I don’t drink at all.”

‘I hate to miss out having a good time’

Amy Green, 23, works in PR and lives in London.

“I mainly drink at the weekend while out with my friends. My favourite tipple is wine or gin and tonic, but I’ll drink most things, from prosecco to cocktails and beer – I’m not fussy when it comes to alcohol! 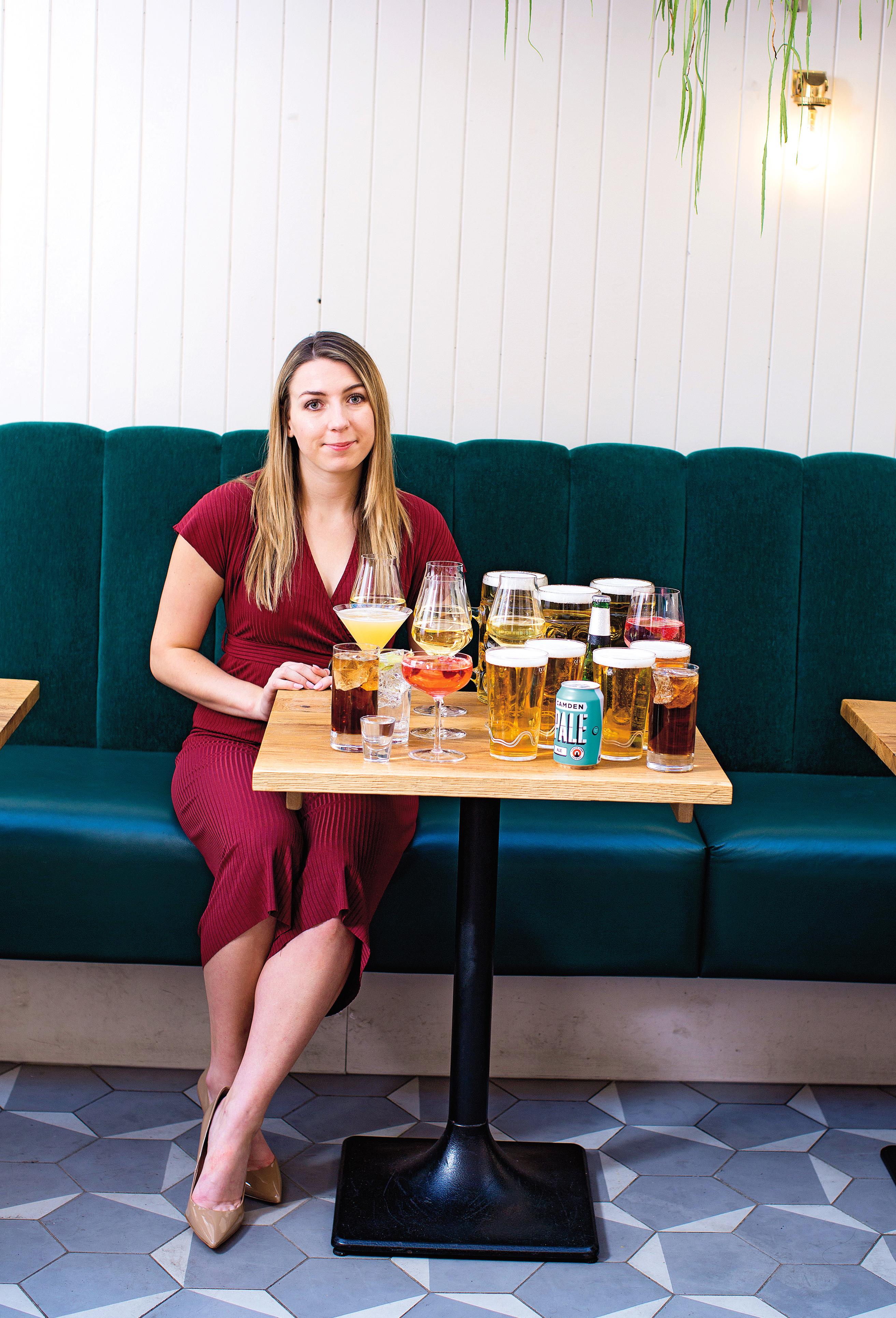 "During the week I’ll have a glass or two of wine after work to relax, but I try to have a couple of days off to give my body time to recover.

"For me, alcohol makes everything more fun.

"My friends all drink, so I’d hate to be the only one staying teetotal because I’d miss out on having a good time.

"I don’t worry too much about my drinking because I’m only young.”

THURSDAY 1 x pint while travelling to Harrogate on the train to visit my cousin, 2 x glasses of white wine with dinner

FRIDAY 1 x double rhubarb gin and tonic while getting ready for an Oktoberfest party, followed by 1 x bottle of beer, 1 x large glass of white wine, 3 x steins (two pints in each)

SATURDAY 1 x can of beer on the train back to London, followed by a friend’s birthday pub crawl of 4 x
pints of beer, 1 x double pink gin and tonic, 4 x cocktails, 1 x shot of vodka

Dr McLaren says: “Amy might think she’s being good by having two days off alcohol a week, but it’s relatively ineffective given the amount she’s drinking.

"In fact, to me, this looks like a potentially serious drinking problem. It’s always good to have alcohol-free days, but perhaps she could consider breaking the pattern a bit more, aiming for a couple of booze-free weeks per month.

"Amy also needs to be aware that heavy binge drinking brings a risk of alcohol poisoning, as well as impaired judgement, which in extremes can put people’s lives in danger.

"It can also trigger anxiety disorders or depression and increase the risk of liver disease and cancer.”

Amy says: “Hearing Dr McLaren’s comments makes me think I should cut down, but I’m a sociable person and having a tipple with friends seems normal to me. 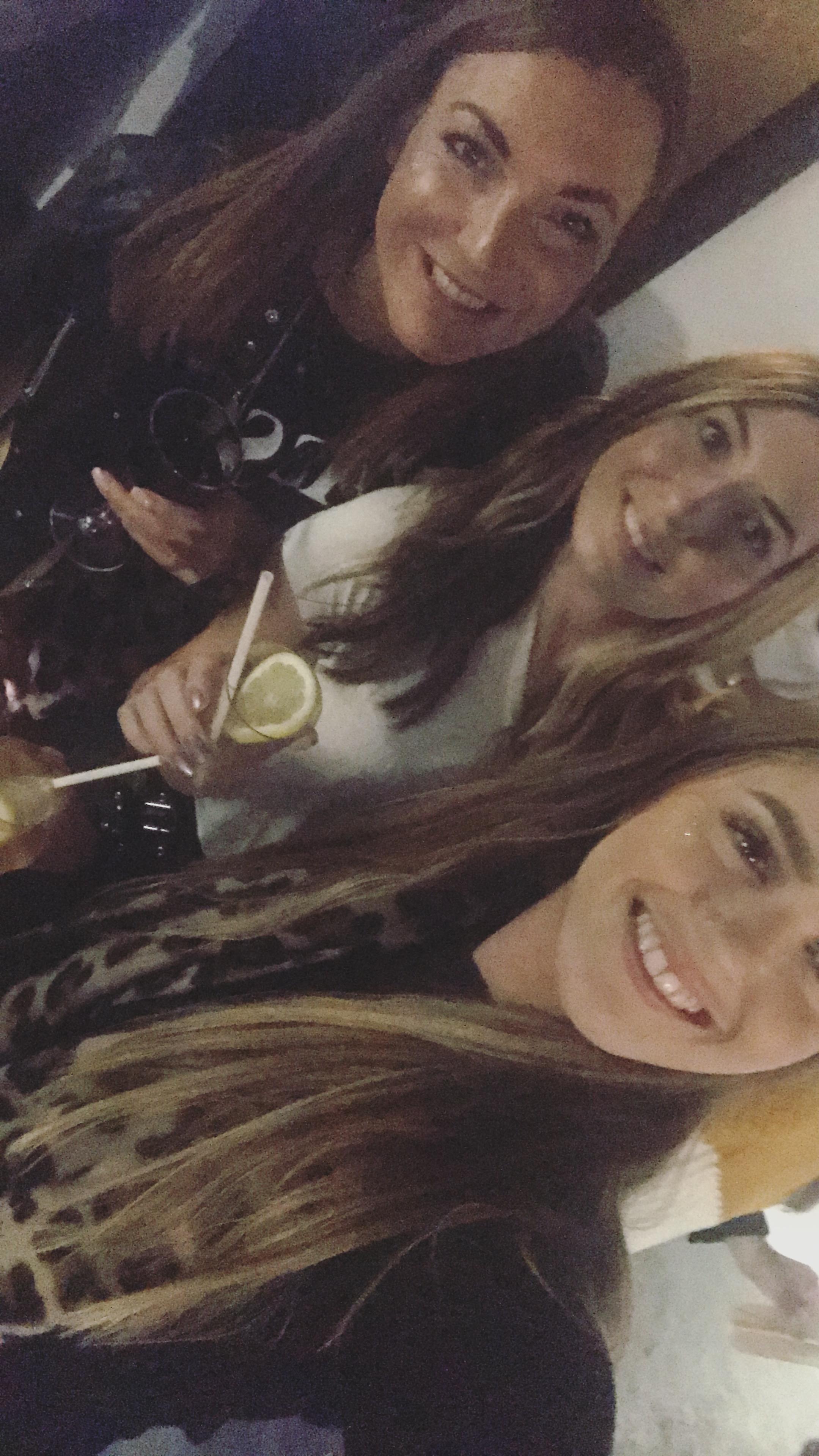 "I never knew alcohol could cause anxiety. It sounds awful but I’m not going to let it worry me too much.

"If I notice a change physically or mentally then I’ll re-evaluate, but I won’t be partying for the rest of my life.”

10/28/2018 Fashion Comments Off on From boosting self-confidence to relieving stress, three women share booze diaries — but how damaging is your habit?
Recent Posts