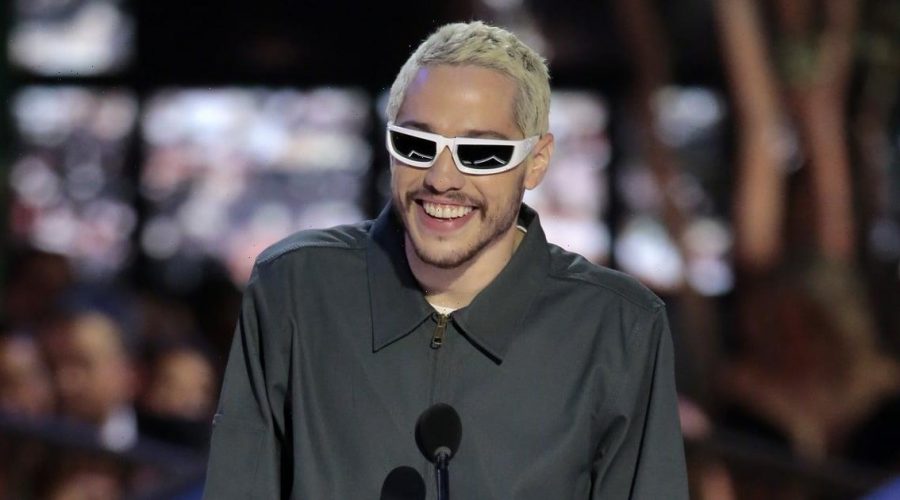 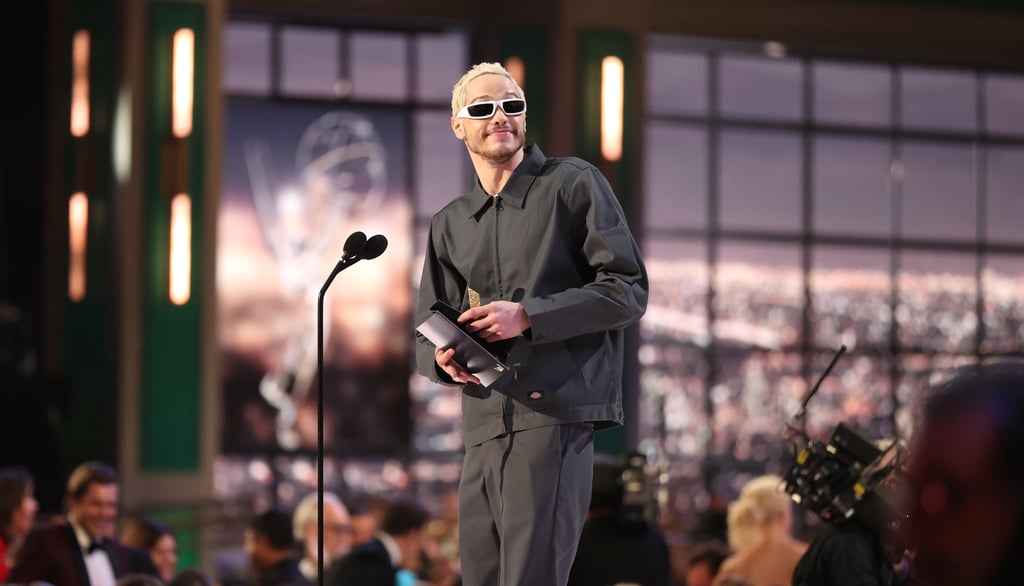 It appears Pete Davidson is still taking style cues from Kim Kardashian — and Kanye West, too. The “Bodies Bodies Bodies” star made a surprise appearance during the Emmys on Sept. 12, and his outfit seemed to be inspired by both his famous ex-girlfriend and her former husband.

While presenting the award for outstanding comedy series on stage at the Microsoft Theater, Davidson wore a gray Dickies zip-up jacket and matching pants — a decidedly low-key getup compared to the glitzy dresses and suits worn by other attendees. As many viewers were quick to point out on social media, West wore the exact same Dickies set in black while attending the 2019 Met Gala with his then-wife, Kardashian, who dressed in a crystal-dripping, body-hugging Mugler design. Seeing as Davidson is the king of jokes, it’s not too far-fetched to assume this was his own way of serving West a taste of his own medicine after the rapper repeatedly mocked him online earlier this year.

To thicken the plot a bit more, Davidson styled his monochromatic award-show outfit with futuristic white-rimmed sunglasses that look straight out of Kardashian’s accessories collection. (It’s worth noting that they could have also been a nod to restauranteur Guy Fieri’s favorite form of eye protection, but that tribute seems a bit less likely.) He finished the look with white-and-silver dad sneakers — a footwear choice all his own.

Kardashian’s fashion sense noticeably took a more casual, experimental turn during her whirlwind nine-month relationship with Davidson. The Skims founder and comedian were spotted on various occasions wearing coordinating athleisure, including the matching sweatpants they wore after attending the Met Gala together in May.

Shortly after his breakup with Kardashian in August, Davidson was spotted on set in a graphic T-shirt featuring the phrase “What . . . I feel like sh*t” — a presumed reference to the end of their romance. So was the comedian’s Emmys outfit another dig at his former flame, or simply a sartorial coincidence? Take a look at both Davidson and West’s Dickies ensembles ahead to decide for yourself.