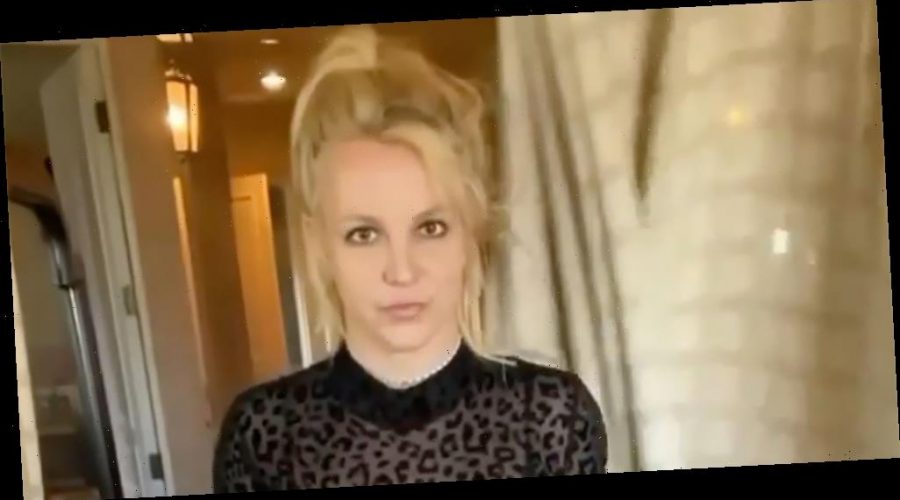 The 39-year-old pop singer, who was the subject of Framing Britney Spears, posted a new video to show off a few of her favorite fashion looks, which went way beyond her oft-worn peasant blouse. And damn – not only were her transitions top notch, but the star proved she’s got some serious style!

In the high-quality clip, which was played to the beat of Pharell’s “Happy,” Spears rocks a total of 4 different looks ranging from downright sexy and scandalous to classic ‘90s.

For her first outfit, Spears slipped into an itty-bitty green mini skirt, white turtleneck and leather jacket with fur trimming. She accessorized the look with white high socks and rhinestone-embellished boots.

If you ask Us, the next look was hands-down the star of the show. The “Toxic” vocalist, who shares sons Sean Preston and Jayden James with ex-husband Kevin Federline, slipped into a very sexy leotard, or as she calls it, a “catsuit.”

Dressed in the skin-tight and see-through number, Spears gave viewers a little “meow” before swiping the camera up to her next look, which was by far the most tried and true Britney Spears ensemble we’ve ever seen.

Wearing little low-rise white shorts and cropped peasant style blouse that showed off her taught tummy, the star did a catwalk down her balcony. She quickly tossed to her next and final look, a pink floral mini with puff sleeves.

Like most of Spears’ Instagram posts, the video blew up, attracting more than 900,000 likes and 18,000 comments in under 24 hours. Both the Britney Army and those active in the #FreeBritney movement made sure to call out how the post was a departure from her typically less-produced posts.

“First thing that’s seemed real in a while,” on person writes. Others chime in with, “The quality is getting better…snaps” and, “Queen of transitions.”

Fans also dished out compliments and virtual applause for the star, writing, “I have no idea what is going on here but I want that catsuit and I want it yesterday.”

As has been the case with most of Spears’ posts over the past year, many people believe the star is sending secret or coded messages in her Instagram posts as it relates to her conservatorship with father Jamie Spears.

“Are you okay Brit? If you’re okay please post a pic of you outside your house in your next post,” a concerned view writes.