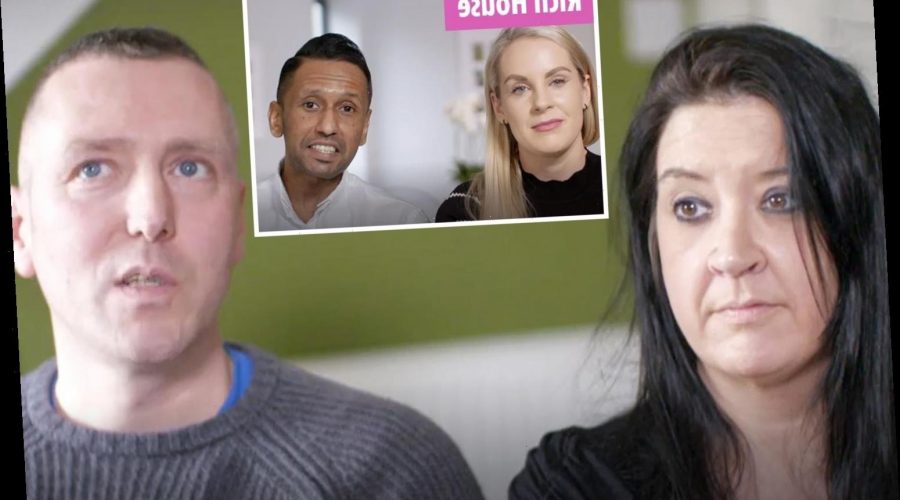 A FAMILY-of-five saddled with £20,000 worth of debt swap lives with millionaires who blow £8,000 in a single shopping trip.

Jessen and Lorna James live in a sprawling house in Kent with Lorna’s children, Isla, seven, and Amber, four.

Jessen, who has two sons, used to be a psychiatric nurse and set up his own care business, making his first million aged 33.

He and Lorna now run a business school and have invested in property, saying: “We live a pretty cool life, we do nice things, and we’ve got time.

The millionaires are swapping lives with the Fox family from Bradford, where mum and dad, Jamie and Lee, live with their three kids, Taylor, seven, Ashton, four, and Molly-George, three.

The families appear on Channel 5’s Rich House Poor House, which focuses on the north south divide, with Jessen saying: “I believe up north, potentially people need to be a bit more resourceful.”

Despite Lee working long hours as a lorry driver, and Jamie working in a cafe at Morrisons, the pair are drowning in £20,000 of debt.

The Fox’s rent their house from a community housing association, with Jamie furnishing it with whatever she could find for free.

The family have a disposable income of just £54.20 a week, as Jamie says: “Our financial situation is absolutely dire.”

That’s in stark contrast to the James’, who have a whopping £1,900 disposable income a week, which Jamie describes as “mental”.

And as she walks into the James’ ‘minimal, open-plan’ home, she is reduced to tears, saying: “I started crying straight away I couldn't stop the tears and I think it was because I was so overwhelmed.”

Over in Bradford, the James’ are shocked by the tiny amount they have to live off each week, with James saying: “That’s a lot less than I thought.”

“How on earth do you get by on that kind of money each week.” 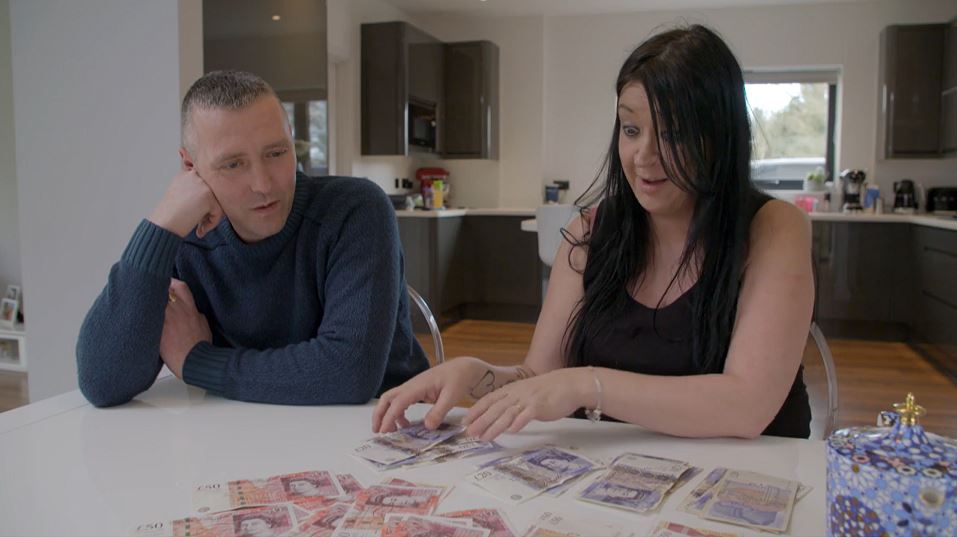 And the reality of the Fox’s financial situation is laid bare, as they leave a note for the James’ warning them the WiFi might go off – as they haven’t been able to pay the bill.

The harsh reality of family life is too much for James, who wells up after learning about their financial state, saying: “For me, not being able to pay, that would really get to me.”

After counting out their budget both families learn what activities they’ll be doing, with the Fox’s taking a swimming lesson, meeting a client and going on a dinner date.

And they splash some cash on a takeaway pizza on their first night costing £55 – more than their total weekly budget.

Up north the Fox’s are getting to grips with their tight budget, and head to the local market to scout for some deals.

Jessen says it reminds him of growing up in east London, as the pair try and get their weekly shop for £10.

After trawling the market they cook together as a family – for the first time – as Jessen usually eats alone on a personalised diet plan.

He said: “It’s the simple things in life which make life more pleasurable.

“I’m actually really enjoying doing this together, and getting the girls involved.”

On their weekly schedule is shopping, family time, cooking with the kids – and work.

He’s sent to Lee’s work where he helps load cars on lorries, but says: “As long as I don’t get oil on my expensive coat, I’ll be happy.”

Jessen learns about the long hours Lee puts in sleeping in his lorry, and how he can’t earn more money without going on a £4,000 course to upgrade his driving license.

Meanwhile Jamie is struggling to understand what exactly Jesen does, so chats to a former client who explains how he motivates and inspires people.

Despite living off a strict budget, it hasn’t stopped Jamie – who says she has an “entrepreneurial head” – from trying to set up a business multiple times, only for it to fail.

One of her latest ventures is selling second-hand clothes on eBay, which Jessen and Lorna have to take photos of and list for her.

Meanwhile Jamie is enjoying the high life, splashing £110 on a food shop – including a goose egg.

She gets to take the kids swimming for a private lesson, saying she wishes she could take them back home.

Jamie says: “Just a silly thing like swimming which I think all kids should know how to swim really, going to cost us, just short of £20.”

Now with money to burn, she buys clothes and toys for the kids, while she finds it hard to buy stuff for herself.

But Lee has done a spot of shopping himself too, splashing out on a £95 necklace, as Jamie “puts everyone before herself”.

The pair go on the first dinner date, which inspires Lee to schedule them in for when they get back to Bradford.

He says: “You’re a very good mum and a good wife.

“We should have a date night, even once a month.” 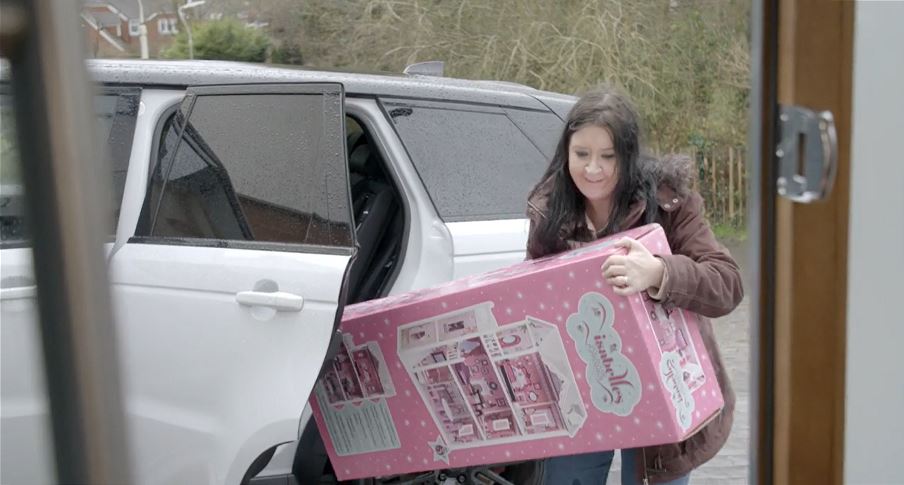 As the week comes to an end, the families meet up with Jessen expressing concern over their ‘drawer of doom’ filled with all their debt letters and final demands.

After seeing how hard they work, Jessen says he’s going to fund Lee’s driving course, and offers to mentor Jamie so she can start her own business – and they leave new clothes for the kids.

Jessen tells them: “It’s not a handout, we’re all going to have to work for it. I’m going to teach you exactly how to set up a business and how a business runs.

“Once you’ve got a business idea I’m going to fund the start up of your business.”

Jessen has also learnt something himself about the value of money, telling the Fox’s: “We tend to gloss over stuff with money, ie kids are bored let's go out.

“It’s made us realise that you don't always have to go out, there are simple things like cooking a meal together.” 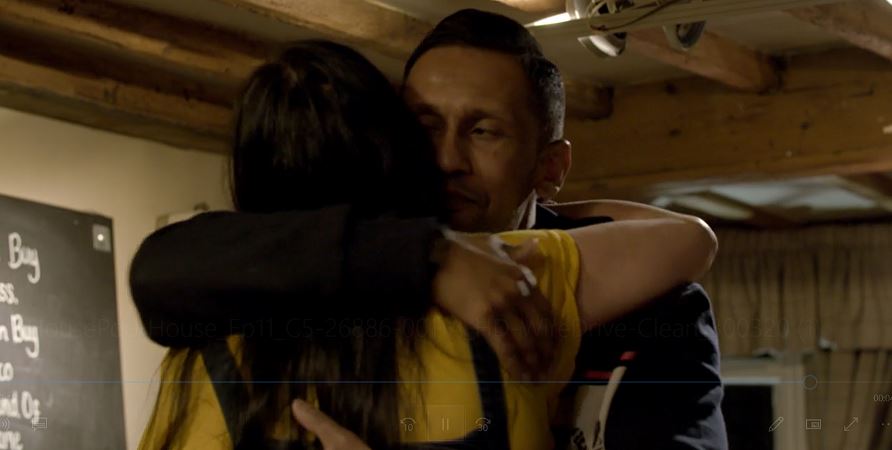 Now hopeful she’s going to be able to turn their fortunes around with Jessen’s help, Jamie says: “I just want a better life for the kids, this time It’s not going to fail.”

Plus this skint single mum on Rich House Poor House starts her own business after bloke she swapped lives with gives her £10k.

We shared how a skint couple who live on 50p per meal go on first date in YEARS after swapping lives on Rich House Poor House.

Meanwhile this 'dowdy’ mum-of-two who ‘felt invisible’ shaves 15 years off her age.