The Dyson Supersonic hairdryer promises to reduce that time and perhaps even replace the hot irons – but, at £300 a pop it's not exactly a snap-decision purchase, so we've set out to answer the question: is it worth the money? 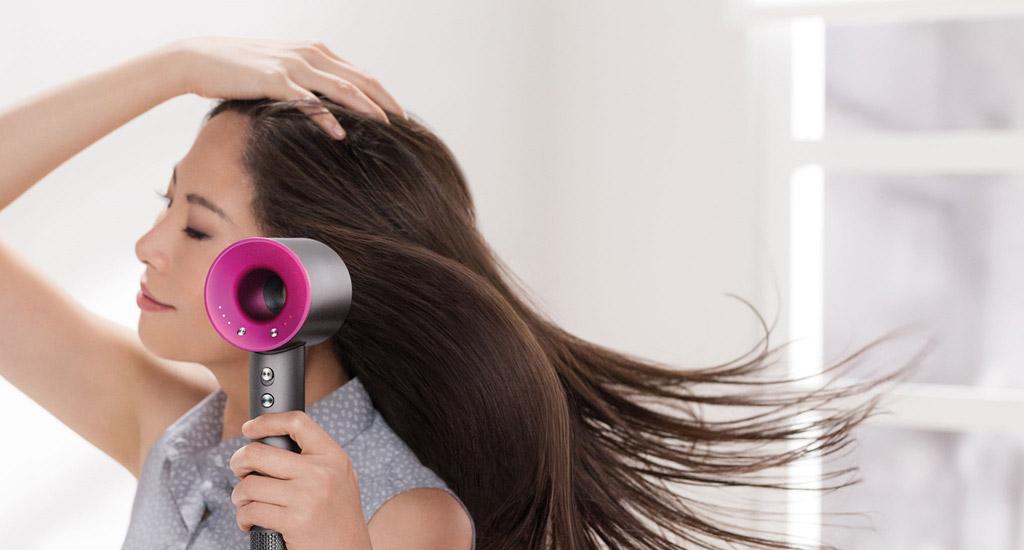 What do you get for your money?

The Dyson Supersonic comes boxed up alongside a range of neatly packaged accessories including a heat mat, a hanging hook and three attachments:

The attachments clip on magnetically, which makes switching super efficient.

On the dryer itself, there are a range of buttons which allow you to ramp up the velocity or heat; three speed settings and four heat levels are signified with tiny lights  – very slick.

What's also good about this hairdryer is that it has a really long lead, so you can plug it into awkward places and still reach the mirror.

Something that Dyson have done, which really adds to that luxury package, is create a series of useful (simple, informative, not naff) YouTube videos on its channel Dyson Hair which advise you on how to use each attachment, which heat and airflow settings work best, and how to get the most out of your natural hair through styling.

What makes it different?

The Dyson Supersonic's appearance sets it apart in more ways than one: the motor is in the handle instead of the head. This was a clever decision, since this placement usually what makes hair dryers so top-heavy and causes arm ache. It's definitely lighter in general too, which is apparently due to a more compact motor.

Because of this placement, precious strands of hair are much less likely to be sucked into the fan – something that happens far too often with a normal hairdryer and is really quite devastating when it does.

The only issue with this structure is that, the typical motion of continuously rolling strands between the brush and nozzle is disrupted. I found this disconcerting at first, but after watching the tutorial videos, it became a lot more obvious how to use the dryer. And, of course, everything takes getting used to. Either way, the arm ache swap is well worth it.

The Dyson Supersonic also has a microprocessor built in which measures and regulates air temperature 20 times every second. This, in turn, helps to prevent extreme heat damage. You'll notice that there is no dreaded burning smell, even after long periods of use, and your hair will look noticeable shiny…but more of that later.

Is it really that fast?

Everyone who has reviewed this hairdryer has marvelled out how fast it is.

I put it to the test, timing it against my old hairdryer. They both took 19 minutes. Admittedly, the Dyson had my hair look professionally styled in that time, my old dryer not so much.

The Dyson Supersonic doesn't blow your hair around like a gale force wind; the nozzles direct the airflow precisely to result in a super sleek finish, in less time than it would take a normal hairdryer.

After trying it post-haircut (with a considerable eight inches chopped off), I was done in ten. The initial problem was probably in the manageability of my own locks.

Is it really that quiet?

The complaints I used to get from my boyfriend before, during and after blow drying my hair in the evenings may have been over the top, but they definitely succeeded in putting me off the task.

He now remarks at how much less disruptive the sound is – we can have even a conversation over the loud hum.

Personally, I had hoped for something even quieter (maybe I was expecting miracles) that might allow me to watch Netflix simultaneously – the Dyson Supersonic is not quiet enough to watch TV over.

However, there's no denying that the Dyson Supersonic has marked a significant improvement in noise levels and is possibly helping to harmonise households around the globe…just a thought.

How does it benefit your hair?

The biggest win for Dyson is not the sound though; it's what it does to your hair. And the benefits are hard to ignore.

Many beauty brands claim to have invented technologies to benefit your hair or prevent damage. Dyson's offering is a microprocessor built in, which measures and regulates air temperature 20 times every second. This in turn helps to prevent extreme heat damage and protect natural shine.

My straighteners claim to do the same thing, but I've never noticed a huge amount of difference. This hairdryer, however, is incredible. I normally need two pumps of Moroccan oil to sooth its straw-like texture and smooth flyaways but after using the Dyson, none at all was necessary.

As well as a regulating the temperature, using the smoothing nozzle really helps to keep the hair follicles from being disrupted, directing the hair shaft downwards and locking in moisture.

What's more, I didn't even need to use hair straighteners afterwards (an absolute essential part of my routine) which saved me time and the extra damage done to my hair. Win, win.

The Dyson does not come cheap, but if you're looking to tick boxes and make life more convenient, it is worth every penny.

For people who are in a rush, want to combine straightening and drying, and are in need of a more peaceful existence – buy it.

From what I have read across consumer reviews, those with super straight or flat hair may not benefit so much from its qualities (straight hair is already very shiny because the strand structure is smooth, it is rough follicles that hold a wave or curl).

However, if you have frizzy hair that you want to tame into luscious smooth locks, the Dyson Supersonic hair dryer will change your life. 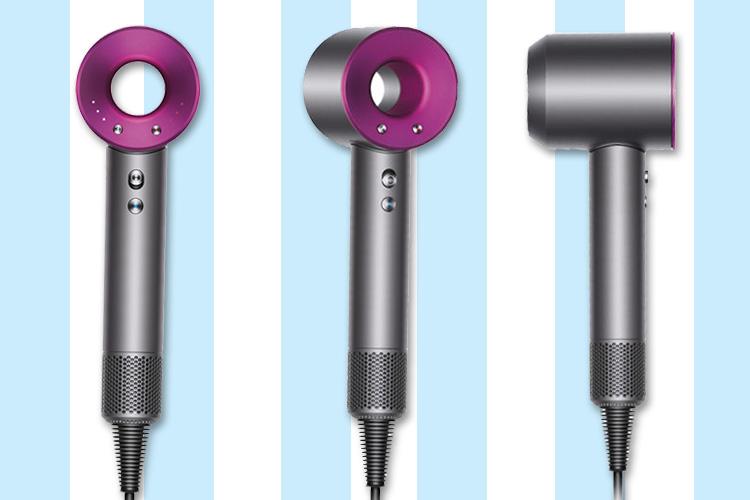 Where can I buy the Dyson Supersonic Hairdryer?

Unless you wait for Black Friday sales, it can be hard to find the Dyson any cheaper than the £300 mark.

However, one way we've sussed out how you can get it slightly cheaper, is through buying it brand new on eBay  – the online marketplace often puts 10% off codes on the site across different departments (tech is frequently one of them), so watch out for these.

Alternatively, you can buy a 'New Other' Dyson Supersonic from Ebay's Currys PC World store for only £269.99 – these products are brand new and have the exact same warranty but may have defects in the packaging.

You get the exact same rights, guarantees and service as buying in store, but you can often find better deals due to these discounts.

If not, here's where you can find the Dyson:

In other news…Dyson has just released a curling Air Wrap wand and we're officially obsessed.

Find out how to get the Dyson Supersonic hairdryer at a discounted price in the Black Friday 2018 sales.

We've also reviewed mascaras to find the best one you can buy – and the results are really surprising.

10/31/2018 Fashion Comments Off on Dyson Supersonic hair dryer review 2018 – is it really worth the money?
Recent Posts