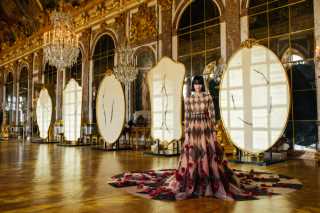 If there’s an upside to digital fashion shows, it’s that no venue is too grand for fashion brands seeking to dazzle online audiences — and it doesn’t get much grander than the Hall of Mirrors at the Palace of Versailles, the sumptuous backdrop for Dior’s fall collection film.

The French house is no stranger to the castle, having staged an imaginary fashion show in its Baroque central gallery for a 2011 J’adore fragrance campaign starring Charlize Theron (alongside digital avatars of Grace Kelly, Marlene Dietrich and Marilyn Monroe). But this was an altogether more somber affair.

Designer Maria Grazia Chiuri had commissioned Italian artist Silvia Giambrone to design the set for her fairy-tale-inspired collection, which she hoped to stage in front of an audience. Since that proved impossible, the house transferred Giambrone’s 14 monumental mirrors, covered in wax and sprouting thorns, to Versailles, boldly thrusting a feminist statement into one of France’s most revered landmarks. 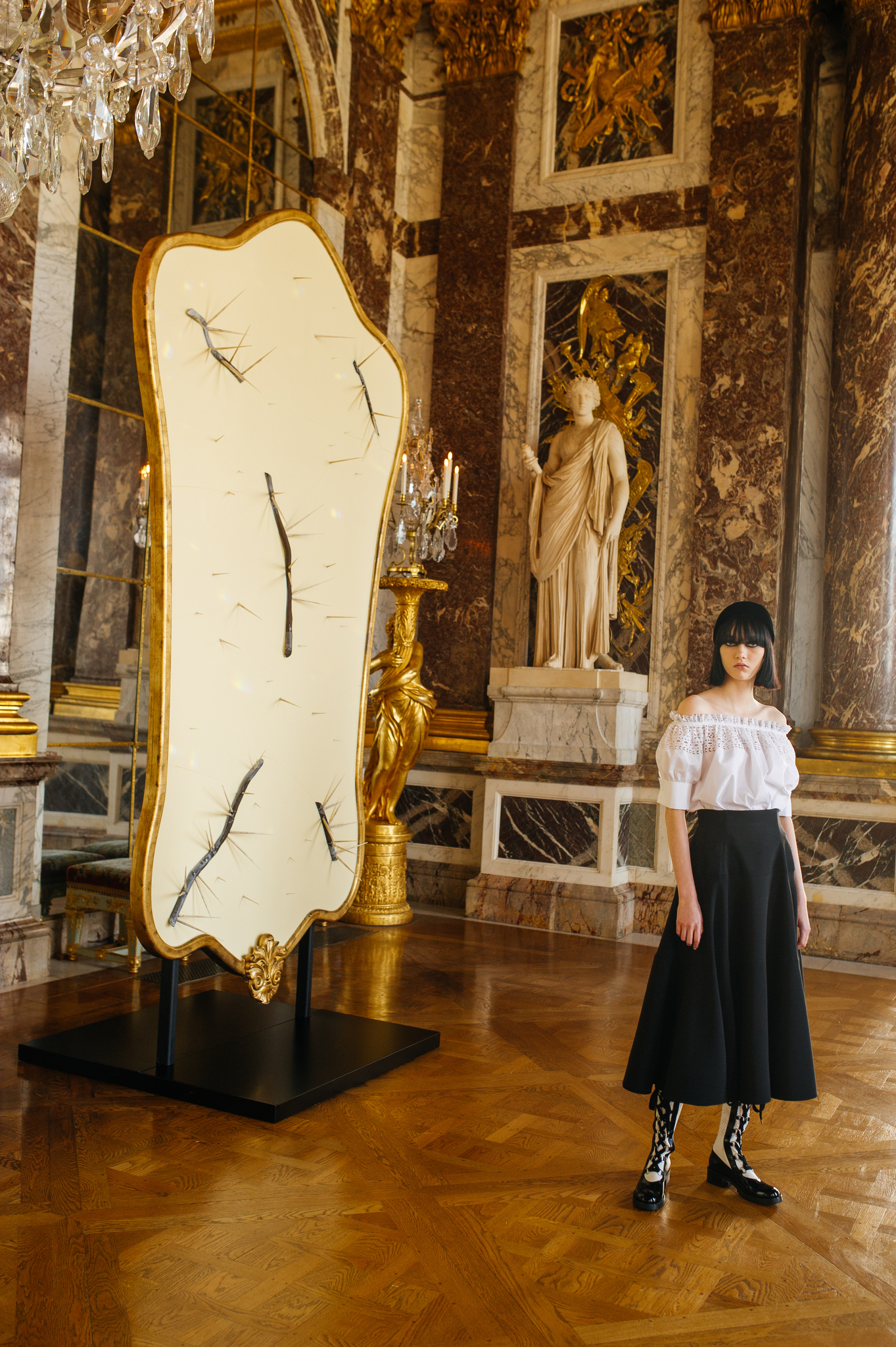 Chiuri said she was drawn to the work because it speaks of women’s love-hate relationship with their reflections, a theme also mirrored in choreographer Sharon Eyal’s edgy dance performance for the moody video directed by Fabien Baron, titled “Disturbing Beauty.”

“The mirror is an object that attracts us, but at the same time we have a repulsion because when we see our image, in some way it’s very hard to see ourselves — we see what people see about ourselves,” Chiuri remarked.

As pertinent as this observation was, the tension and conflict around self-image were not reflected in the clothes. To the despair of her detractors, and the immense satisfaction of her bosses at luxury conglomerate LVMH Moët Hennessy Louis Vuitton, Chiuri is a resolutely commercial designer, focused on delivering wardrobe essentials that cater to women’s everyday needs.

This collection was constructed along pragmatic lines, with a focus on colorful patterns and opulent textures, ranging from patterned velvet to shimmering lamé and lurex jacquards. 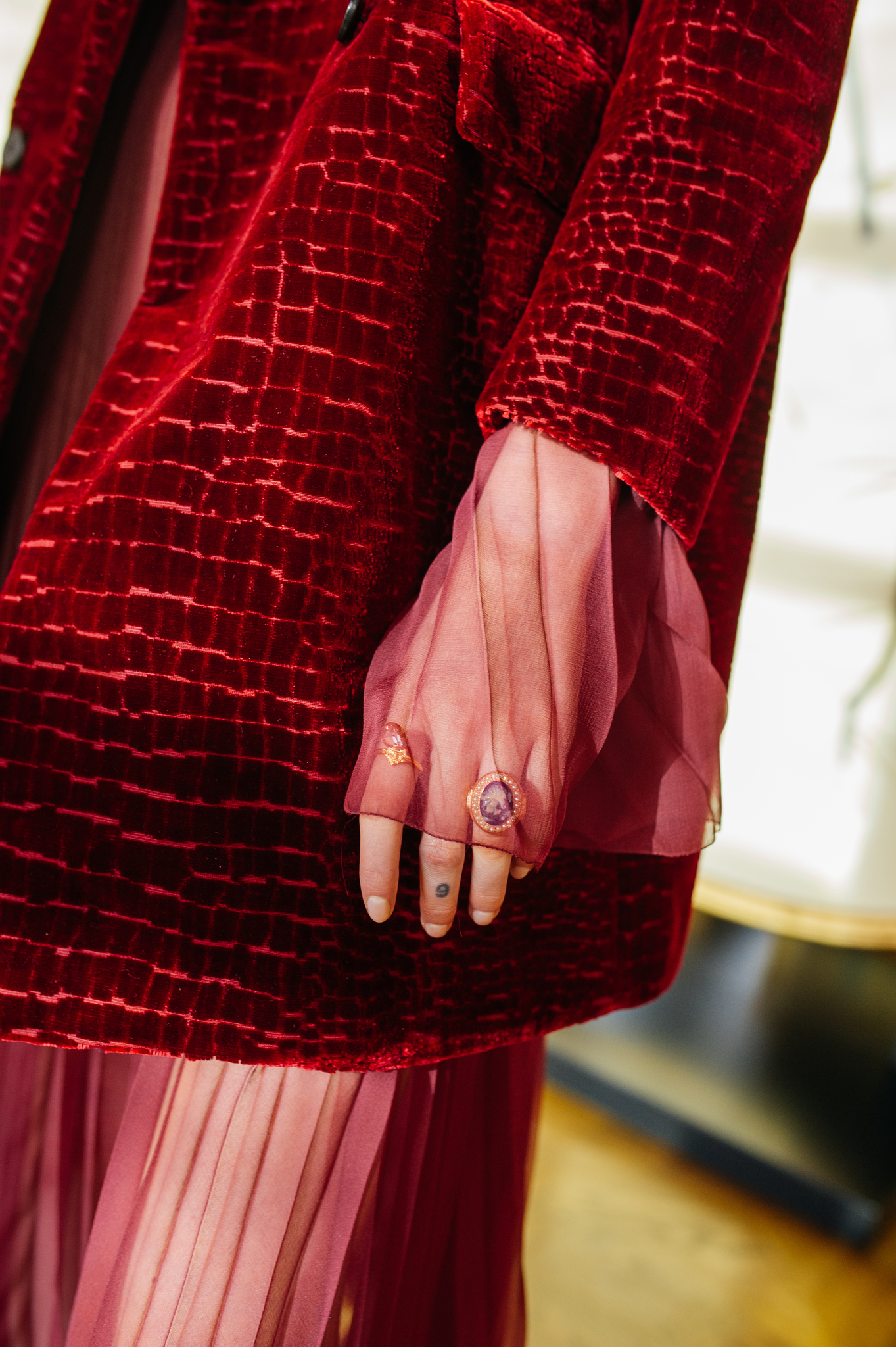 Chiuri touched on a number of the codes she has established in her five years at Dior, themselves derived from the house’s archives — leopard print, checks and Cannage motif quilting among them — though she cautioned that the house’s heritage should be handled lightly.

“Everybody thinks that to have an archive is very useful, and that is true, but on the other hand we have to be careful because the archive can also be tricky to reference,” she said. “The risk is that you reproduce something that is really not a contemporary piece, but more a museum piece.”

But there’s a tomboy streak to Chiuri’s Dior woman that undercuts any semblance of nostalgia. She will take an archival design, like the rose-printed Soleil dress from 1952, and translate it into a short-sleeved jumpsuit in a chiné version of the same motif. Meanwhile, the prevalence of headscarves and hoods owed as much to literary references like “Little Red Riding Hood” as it did to 1950s chic. 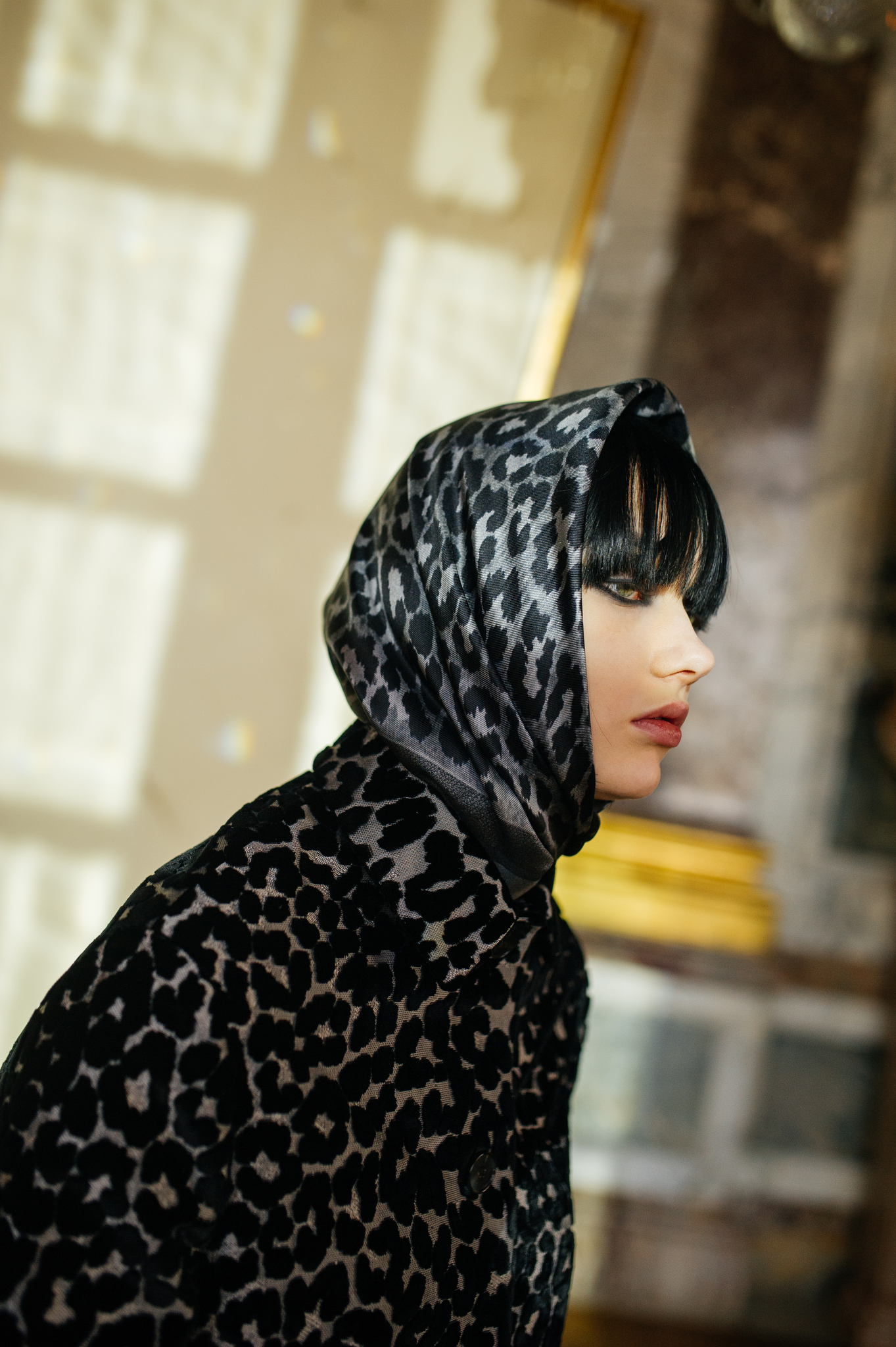 Thus, a teeny-bopper outfit — white off-the-shoulder blouse and black circle skirt — was toughened up with chunky work boots; a leopard-print midiskirt dressed down with a black fleece hoodie. And what would Queen Marie Antoinette have made of the model in a plain sweater and jeans? 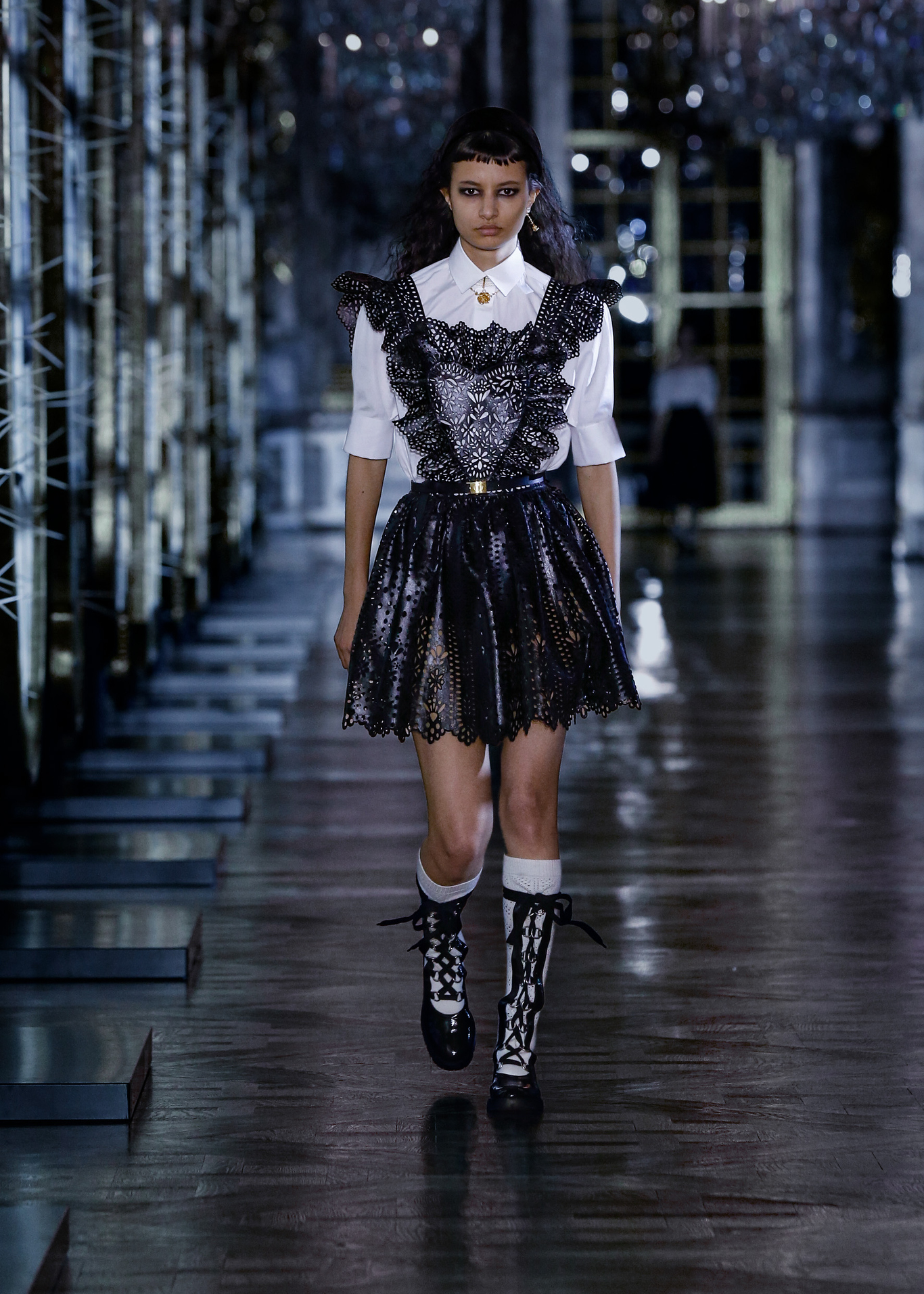 Among the schoolgirl looks riffing on an “Alice in Wonderland” subtheme was a laser-cut leather pinafore dress — the kind of outfit you might expect to see on Blackpink member Jisoo, who was recently named as Dior’s new global fashion and beauty ambassador.

Chiuri’s feminist reading of her fairy-tale theme came across as eerily prescient on a day when Prince Harry and Meghan Markle were making headlines worldwide with their story of royalty gone wrong.

She closed the show with a trio of sheer princess gowns, including a harlequin-patterned dress with a seemingly endless train scattered with appliqué roses, but this was no textbook happy ending. Fleeing the castle in a dramatic red tulle gown, her princess ran into a murky dark garden — hopefully to write her own next chapter.