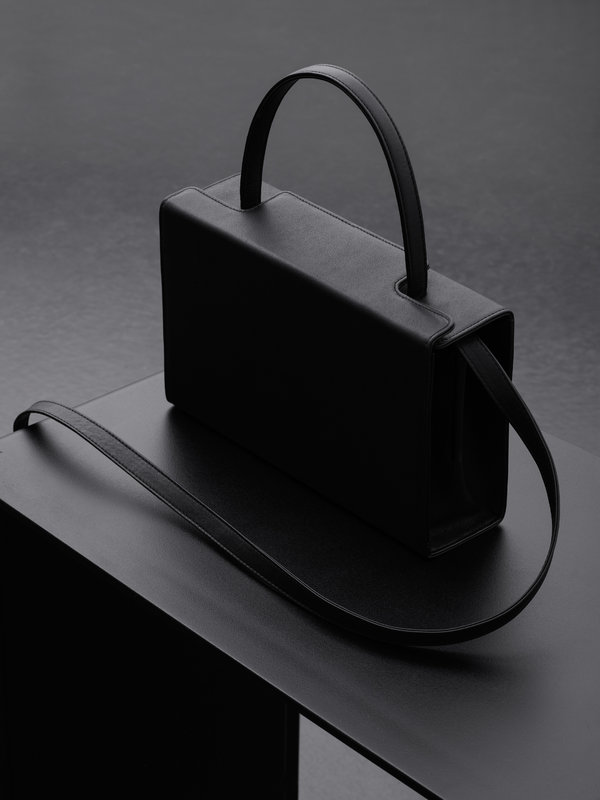 Apple is hardly the only consumer products company to assert that elegant design can elevate the most ordinary of functional objects. Before there was the iPhone, or even the Mac, there were the sleek and simple coffee pots, radios, electric toothbrushes and shavers of Braun, the German electronics brand, used in millions of homes around the world. The company’s secret weapon of four-plus decades? Dieter Rams, an industrial designer, a master of modernism and a major role model for Jonathan Ive (a.k.a. Apple’s design guru).

Like Mr. Ive, who branched into the luxury lifestyle space with the launch of the Apple Watch in 2015, Mr. Rams, 86, also had a brief flirtation with fashion. Back in 1963, he created a leather handbag as a surprise gift for his wife, Ingeborg. Smooth and boxy, with a short curved strap on the outside but a highly functional and compartmentalized interior, it was never produced or seen by the outside world. Now, 55 years later, the 931 (as the bag has been named by Mr. Rams) is finally coming to market.

“This design was a very personal matter and not intended for public use,” Mr. Rams said this week ahead of the bag’s Nov. 30 release date. But then he met with Esther Schulze-Tsatsas and Dimitrios Tsatsas, the couple behind Tsatsas, an accessories label based in Frankfurt that makes understated, sculptural accessories. Impressed, he started to reconsider his own brief foray into luxury leather goods.

“They were both very pleasant people who endeavored to produce good and enduring designs, which is why I agreed to the re-edition of what is essentially a very private design,” Mr. Rams said. There was, he said, another compelling reason that eventually prompted him to change his mind: “I wished to dedicate the handbag to Ingeborg, who has been my companion for so long and who has always been my alter ego,” he said. “By making this public now, it is also a homage to her.”

Using Mr. Rams’s original 931 designs, Ms. Schulze-Tsatsas said that they had needed to change very little to update the bag for a 21st-century lifestyle.

“We added an extra shoulder strap to make it hands-free, tweaked the lining to become a soft blue nappa, and created an interior zip pocket, but the exterior remains untouched,” Ms. Schulze-Tsatsas said. “We didn’t need to do anything to it. For us the project was a dream come true. Mr. Rams is like a God to us.”

“Needless to say I designed the bag the way I did all other things — albeit perhaps I was a bit more emotional as it was more personal,” said Mr. Rams said, referring to the design’s original intended use.

The handbag’s reveal coincides with the release of the new critically acclaimed documentary “Rams,” directed by Gary Hustwit. The film hammers home the idea that Mr. Rams all but invented consumer product design as we know it today.

When asked whether the handbag could lead to future forays in the accessories space, he said, “I believe I have now designed enough.”

Indeed, he is not a great admirer of fashion in general.

“Jil Sander is the only haute couturier to impress me,” Mr. Rams said of the German fashion designer who paved the way for sophisticated minimalism with the introduction of her namesake label in 1968, and collections featuring strong tailoring and androgynous separates. “I believe we have a similar outlook on things.”

Elizabeth Paton is a reporter for the Styles section, covering the fashion and luxury sectors in Europe. Before joining The Times in 2015, she was a reporter at the Financial Times both in London and New York. @LizziePaton

11/30/2018 Fashion Comments Off on Did You Know Dieter Rams Designed a Handbag?
Recent Posts