I have been thinking a lot about multiverse theory, the idea that there are infinite universes running parallel to our own where we are playing out our infinite lives.

Remember the 1998 film “Sliding Doors”? Gwyneth Paltrow rushes to catch a train in London after being fired from her job. In one universe, she makes the train and gets home early and finds her man in bed with another woman. In the other, she misses it, comes home to her boyfriend alone, and stays with him to her own detriment and despair.

The big “What if?” What if I didn’t go to a magazine party in the fall of 1986, with my agent? What if I had not just partaken of the free wine and cheese and instead hobnobbed and made connections like I was supposed to? What if I hadn’t tried to leave early so I could go dancing with my high school friends?

If none of those things had happened, my agent wouldn’t have said to me, “You can’t leave without talking to at least one person you don’t know,” and I wouldn’t have said, “O.K., I’ll talk to the bartender. He’s cute.”

And I wouldn’t have ended up five years later marrying said bartender.

That was 31 years ago. My husband is still cute, but he is forever cutting it too close when we need to be somewhere, which sometimes makes him less cute in my eyes. I was thinking about all of this as I was waiting for him at the clock at Grand Central Terminal a few months ago. We were heading to a fund-raiser at the New York Botanical Garden in the Bronx.

I used to meet people at that clock while I was growing up. The Grand Central of my youth was nothing like the Grand Central of now, which is bright and gleaming, full of good restaurants and bars and shops. My Grand Central was filthy, dangerous, home to pickpockets and thieves and drug addicts.

My junior high school was two blocks away, on the 40th floor of an office building. When classes were over, my best friend, Melissa, and I would run around Grand Central buying greeting cards, getting free samples of coconut patties at a little chocolate shop, skirting perverts.

I loved Melissa then, and I love her now. She’s like a sister to me. What would have happened if one of us had messed up the bubbles on the entrance exam to Hunter College High School? Where would I be now without her?

I looked at my iPhone and texted my husband: “Where are you?”

Bored, I walked around the clock, which is also an octagonal information center. Was my husband oblivious enough to be standing on the other side? I used to stand on that side in high school, waiting for my boyfriend to come down from Inwood. We were both so skinny back then that when we hugged, our hipbones would grind.

We went out for a long time before he finally dumped me during my sophomore year of college. Waiting for my husband, I started to get that buzzy feeling I sometimes get when I’m traveling, as if maybe I was going to bump into somebody I used to know.

Could it be that old boyfriend? I doubted it. He lives in Florida, and someone recently told me he has six grandchildren.

We went to high school in the Bronx. When I was young, we used to go to the New York Botanical Garden on field trips, which back then seemed like a jaunt to the country. One of my close friends was raped there one afternoon after class let out.

Would that have happened if any of her classmates had stuck around, too? Or made her come to the doughnut shop? I thought a lot about this back then, the missed opportunity to save her. And I think about it now, how terrible it was and how angry I still am that someone did that to her.

Back in high school, I thought about a lot of things, but not about one day taking the train to a fancy fund-raiser. I wrote poetry (that I never showed anyone) but never dreamed I would grow up to be a writer. When I was 17, I thought it was possible I would marry my high school boyfriend.

When our children were small and I had vague ideas about the importance of family dinner, he would call and say, “I’m leaving work now.” And then he wouldn’t arrive for hours.

As I started walking toward the track, I thought maybe if I hadn’t gone up to him that night at the party so many years ago, I would be married to a man who not only was on time for this train but also had already bought the tickets. I started to stew. I thought about his younger sister’s wedding 25 years earlier, when he came back from his run sweaty just as we, all dressed up, were leaving for the church.

As I boarded the train, I checked my phone again. A text from him: “I’m on the shuttle from Times Square. If I make it, I’ll go straight to train and try to find u.”

I sat back in my seat, wondering who would be at the party. Would the mystery person I felt destined to run into be someone I didn’t expect to see that night?

And then I wondered what would have happened if I had taken that West Coast fellowship I had applied for before I met my future husband but was promised to me after I fell in love with him.

By that time, I was too happy where I was, in New York City, with him, temping and being a fledgling writer. Still, maybe if I had taken that fellowship I would be living in San Francisco now, having a picnic lunch down at the beach, watching whales spout and drinking local white wine straight from the half bottle.

The doors on the train closed. I gazed at some guy sitting several rows away, facing me: graying, kind of cute, the right age. What would have happened if I had married this guy? Would I have a house and a dog and live in Larchmont?

I took out my phone. The train was moving. I was going to text my husband and let him off the hook, tell him to turn around and go home. He was just sweetly keeping me company anyway.

But he had already written: “Made it! What car you on?”

I meant: How like him to make it by the skin of his teeth. As he had at his sister’s wedding. Then I remembered walking down the aisle holding the hand of my little niece, because her mother was maid of honor, my little niece who is now all grown up and engaged to be married herself. I remembered turning, before I sat down with her in the front pew, to look toward the church doors to see if my husband had finally arrived. 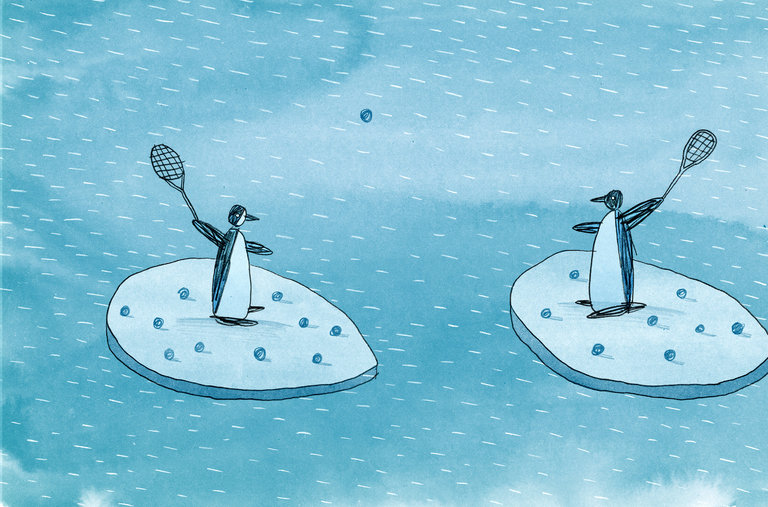 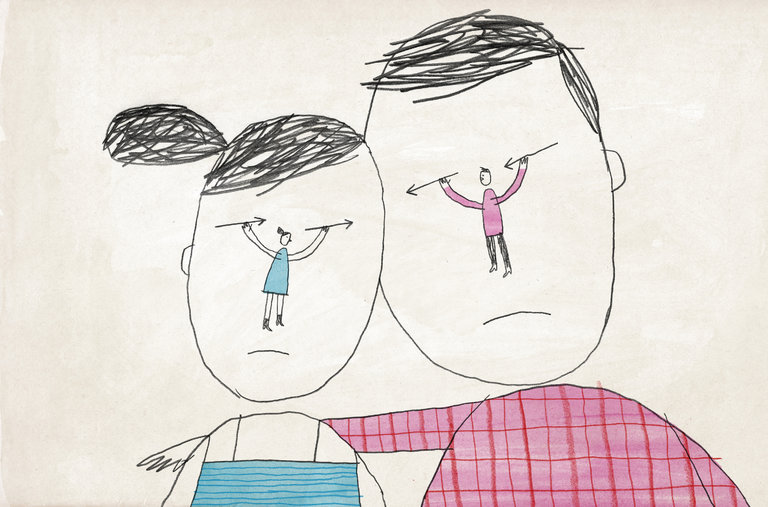 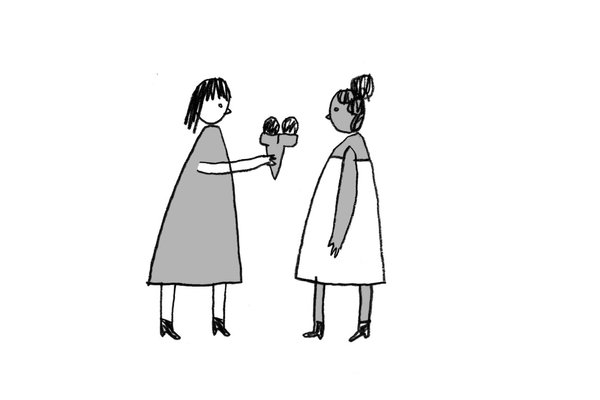 He is the oldest of four. Their father was dead, and my husband was supposed to escort his sister down the aisle. I felt such relief when I saw the two of them emerge from the doorway, my sister-in-law gorgeous in her gown and my husband a little geeky in his tuxedo, his hair still wet from his shower.

Then I looked up to see what car I was in, as my husband had asked me to, so I could write and tell him, and there was my very own husband sitting directly across the aisle from me. He was staring at his phone, waiting for my response. He didn’t even know I was there.

And he looked so handsome! Uncharacteristically wearing a jacket and tie, because we were going to a fancy party, anticipation on his face.

I took a moment to savor it, his silver, close-cropped hair, the eagerness of his expression as he waited for my text — the triumph of once again making it just in time!

And I realized: This is the person I was destined to run into today, and also 31 years ago, and again and again, in this multiverse and hopefully all the others.

Startled, then smiling, he looked up.

Helen Schulman lives in New York City. Her latest novel is “Come With Me,” published this month.

Modern Love can be reached at [email protected]