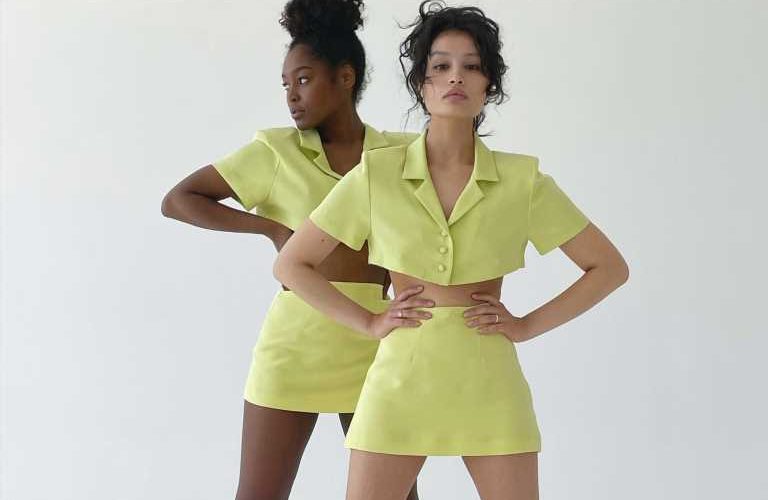 Amid a global lockdown, the fashion industry witnessed some labels flourish while others some faced grave challenges. Included in the former is the up-and-coming brand Mirror Palais, which experienced immense success in spite of the ongoing pandemic.

Mirror Palais was created by stylist Marcelo Gaia in August 2019 almost immediately after Gaia decided to close his first brand, Rosemilk, which he launched with a friend the year before. He settled on the name “Mirror Palais” because it was a username he had always used on social media growing up.

“I just liked the way it sounded. I knew that nothing else would come up when you looked it up, so that was important to me, too,” Gaia told WWD. “For the most part, it felt like it played on the really romantic fantasy that I wanted to create with the brand.”

Raised in New York City by his single mother, a Brazilian immigrant, Gaia found an abundance of inspiration from her closet, most of which consisted of styles popular in the 1980s such as skirt suits, high-waisted bikinis, Victoria’s Secret and “a lot of sensual clothing.” He also attributes his ideas to movies and television shows he and his older sister would watch on HBO growing up.

The Cape Makes A Return On The Runway

Though Gaia created Mirror Palais in August 2019, he didn’t release his first full collection until that December. Gaia already developed a following from the success of his past work, including Rosemilk, so by spring 2020, some of Mirror Palais’ pieces had already gone viral a few times with the help of influencers such as Alyssa Coscarelli and Jen Ceballos, known as @alyssainthecity and @endlesslyloveclub on Instagram.

According to Gaia, the first celebrity to wear Mirror Palais was Dua Lipa, who donned his collared cropped top in red for her “Break My Heart” music video, which was released in March 2020. However, the brand’s first street-style moment was from none other than Bella Hadid, who wore the underwire polo cropped in pale yellow in New York City, where Mirror Palais is based.

Despite not utilizing much celebrity support since its creation, Mirror Palais managed to land itself on the radars of many, building a big following on Instagram and TikTok. Though Gaia has only dropped two collections so far, much of it tends to sell out within hours. His now-viral and coveted Fairy Dress, for instance, sold out in minutes after it dropped in February for preorder.

Now Mirror Palais’ signature pieces have been seen on the likes of Olivia Rodrigo, Ariana Grande, Kendall Jenner and, most recently, Emily Ratajkowski, who wore many of the pieces from Gaia’s latest collection while vacationing in Italy last month.

“I think it’s just very validating,” Gaia said on how popular his brand has become among fashionable A-listers. “Mirror Palais went pretty far without any sort of celebrity endorsement. These women could wear anything they want in the whole world and have their own very strong personal sense of style. So for them to want to wear my stuff, it makes me feel like I’m making really cool clothes. I just need to keep going and I should continue to just trust myself.”

Though COVID-19 posed many challenges for businesses last year, especially smaller ones, Mirror Palais managed to stay afloat due to its already online-only model. 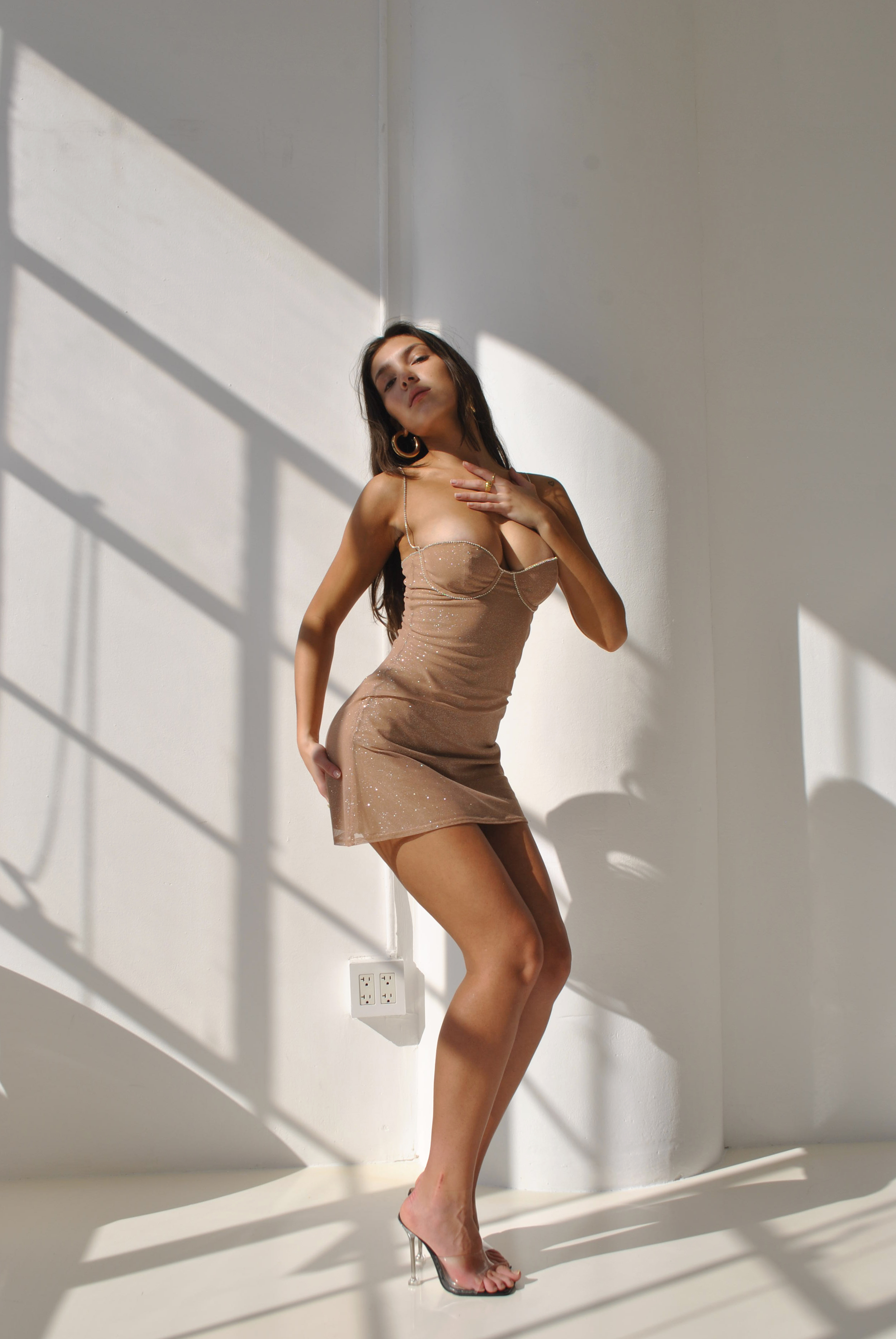 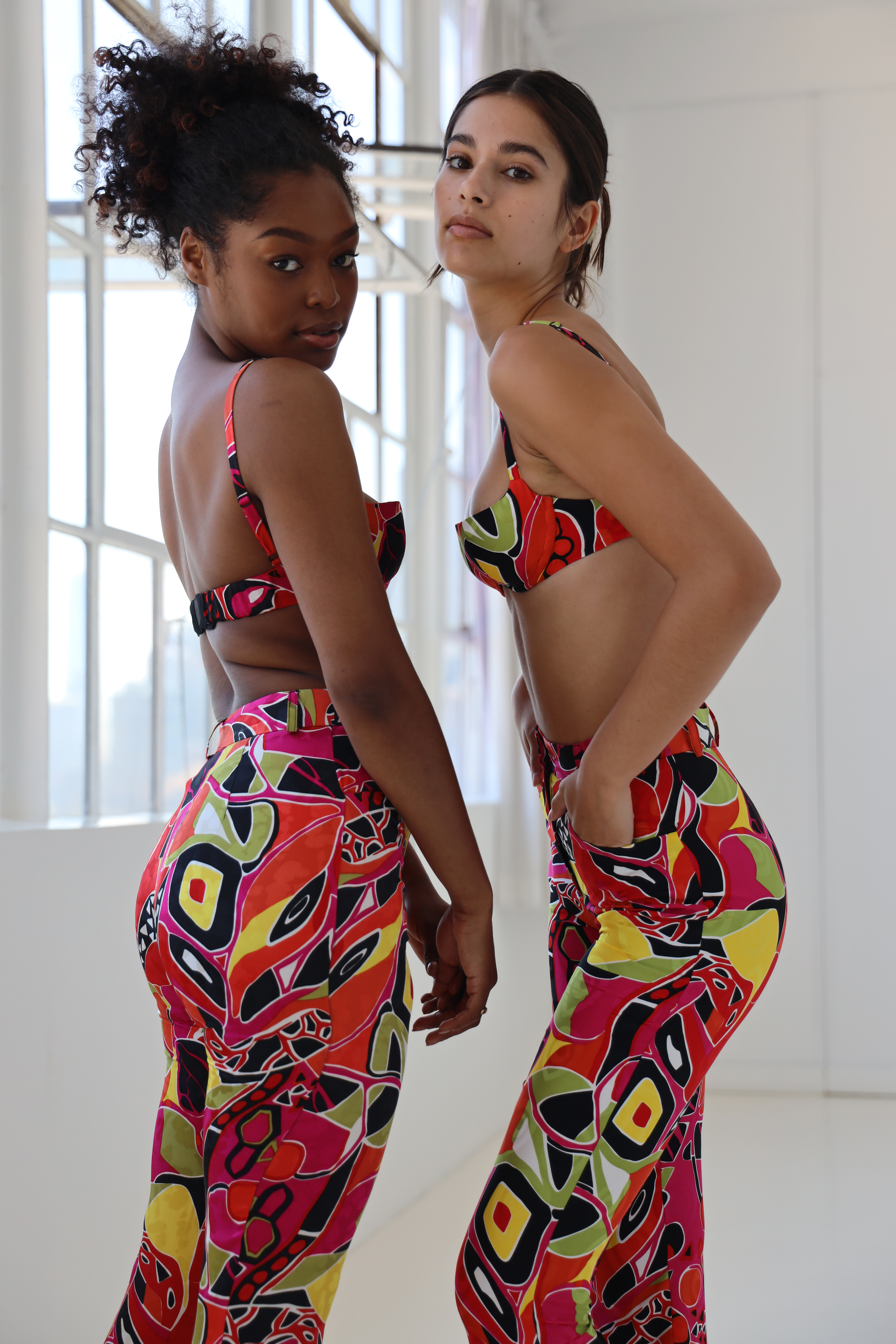 “We’ve really thrived in this environment because of the fact that we’re online and you can safely experience Mirror Palais in the midst of a pandemic,” Gaia said. “It has cons obviously, so many terrible things, but I think that a lot of businesses online have actually grown tremendously in this time because what else do you have to do but look at your phone?”

On top of already working with a small team for design, fulfillment and communications, Gaia hires contractors who have small teams of garment workers when it comes to making the clothes. Due to its small-scale production, the pandemic has caused their fulfillment to be slower, so many customers receive their preorders a few months later. Gaia hopes to change that for the future, but not at the cost of cheap labor.

“I want to deliver them quicker. I want everything ready to go so that the moment we get them, we get the preorder and then it gets straight into sewing,” Gaia said of his goals for Mirror Palais. “I just want there to be a stronger infrastructure in place so that our contractors are ready for us and they just bang this out. I’d love to just be able to deliver things quicker. I’m so thankful that people are so patient. I hope that they continue to be patient and that the pieces are worth the wait.”

Eventually Gaia wishes to open a space for the public in New York City where people can come in to do a made-to-measure fitting and continue to create versatile clothes with stretch that can fit every woman’s body.

Design Theory: How Up Next Designer Is Finding the Next Big Thing in Fashion

08/17/2021 Fashion Comments Off on Design Theory: How Mirror Palais Found Inspiration in Nostalgia and Success During Lockdown
Recent Posts