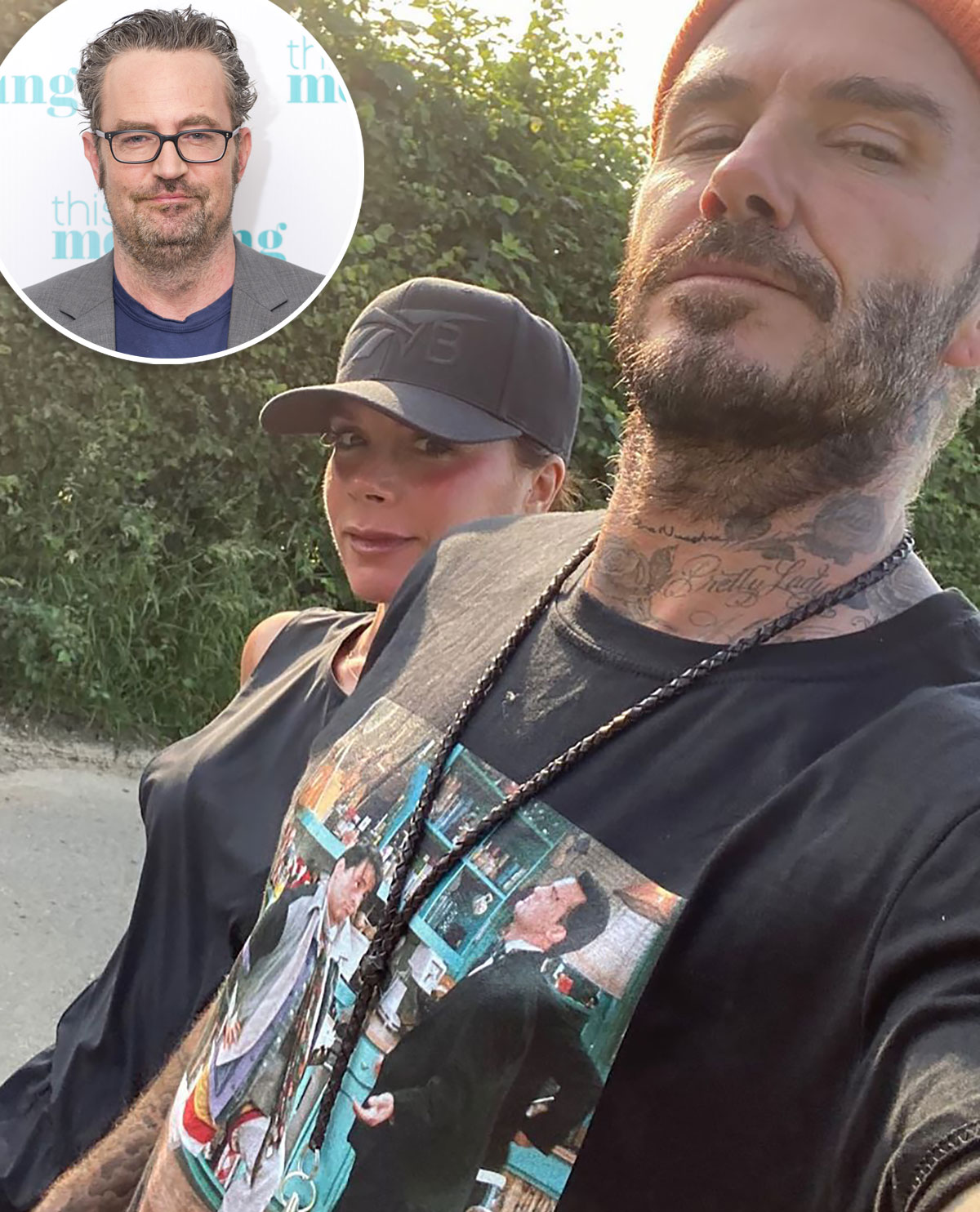 LOL! David Beckham and Matthew Perry bantering over a Friends T-shirt is exactly the Thursday pick-me-up we needed.

On Wednesday, June 24, the soccer star posted a selfie from his “afternoon walk” with wife Victoria Beckham. While the former Posh Spice sported some Reebok athleisure wear, the retired athlete rocked a black T-shirt featuring Joey and Chandler from the hit NBC show.

Perry commented on the post, “This guy has some really good taste. Whoever that is.” Beckham then wrote back, “Yes @cruzbeckham got me the shirt but could I be wearing anymore clothes.” This little phrase is of course a reference to an on-going joke on the series. In fact, it’s an exact line said during the scene that’s taking place on the tee.

The snapshot featured on the shirt comes from season 3 episode 2, titled, “The One Where No One’s Ready.” In this scene, Joey puts on all of Chandler’s clothes to get back at him for stealing the cushion from the chair they were both sitting on. This is a standout episode seeing as it all takes place in real time, no one else appears in it beside the six central characters and they never leave the apartment.

This Friends throwback comes just a few days after Jennifer Aniston and Lisa Kudrow reunited to interview one another for Variety’s Actors on Actors issue. When discussing the iconic show, Kudrow revealed that she borrowed a certain now-famous enunciation from Perry.

In the scene where Phoebe finds out Chandler and Monica are sleeping together, she yells, “My eyes! My eyes!” And apparently, this is something she took from Perry.

“I stole [it] from Matthew Perry. That’s how Matthew Perry says things,” the actress recalled. “I actually asked his permission before we shot it. I was like, ‘I don’t know if you’ve seen the rehearsals, but I’m saying ‘My eyes! My eyes!’ the way you do. So I just need to know that that’s OK with you. If not, I’ll say it a different way.’ And he was like, ‘Yeah, go for it.’”

06/25/2020 Fashion Comments Off on David Beckham Teases Matthew Perry Over a Comment on His ‘Friends’ Shirt
Recent Posts
We and our partners use cookies on this site to improve our service, perform analytics, personalize advertising, measure advertising performance, and remember website preferences.Ok