But one woman's cover was blown quite spectacularly – thanks to an X-ray. 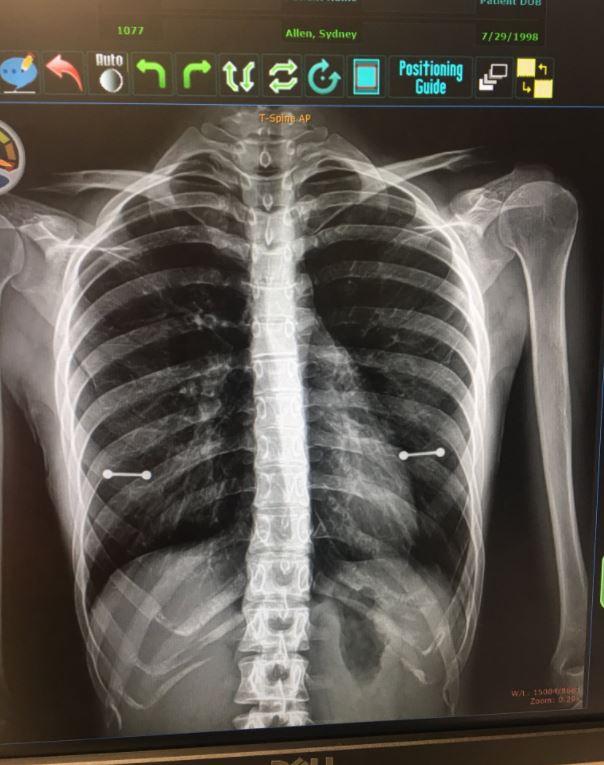 Sydney Allen, 20 – from Clearwater, Florida – got her nipples pierced in June, as a birthday present from her sister.

They decided to keep their mother in the dark as she's "a bit conservative on appearances and hates tattoos and piercings".

Sydney tells Buzzfeed News: "Since I don't usually have my shirt off I thought it would be a very easy secret to keep."

Unfortunately, that all changed when she went for a routine X-ray this week… and took her mum with her.

As Sydney has syringomyelia – a rare condition that can build up fluid in the spinal cord – doctors needed to take a procedural X-ray.

What she didn't realise is that X-rays show all metals – so when her doctor pulled up the results, two barbells were clearly visible across her nipples.

Sydney later shared the picture on Twitter, writing the caption: "My mom found out I got my nipples pierced today."

Unsurprisingly, people found the awkward situation hilarious, with the post racking up over 35k re-tweets and 159k likes.

And yes, she did freak.