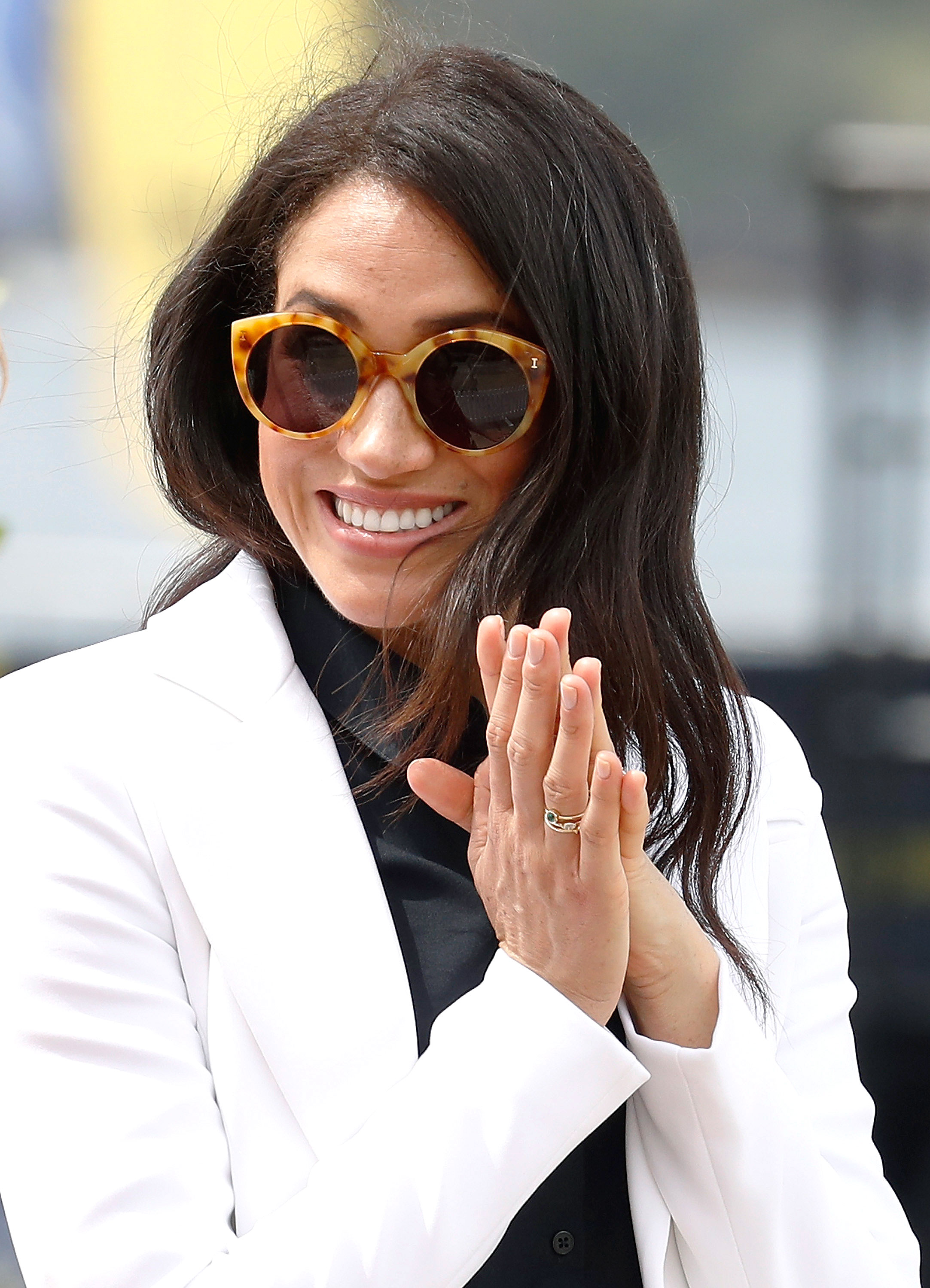 And we’re off to the races! The rush to find out exactly when Meghan Markle is expected to deliver her first child with Prince Harry is on. Ever since the mom-to-be announced that the stork would be paying them a visit, it’s been speculated that she is around 14 or 15 weeks along. But now, there’s a concrete theory as to when we can expect her to deliver, thanks to her Ecksand stacking rings.

Over the weekend of October 20, the Duchess of Sussex attended an Invictus Games event wearing three gold bands from the Canadian jewelry brand with three gemstones: a green peridot, a blue sapphire and a diamond. Royal watchers are speculating that the stones have special meaning related to birthdays, given that green peridot is the birthstone for the month of August, when Meghan was born, and September is the birthstone for September, the month of Harry’s birthday. 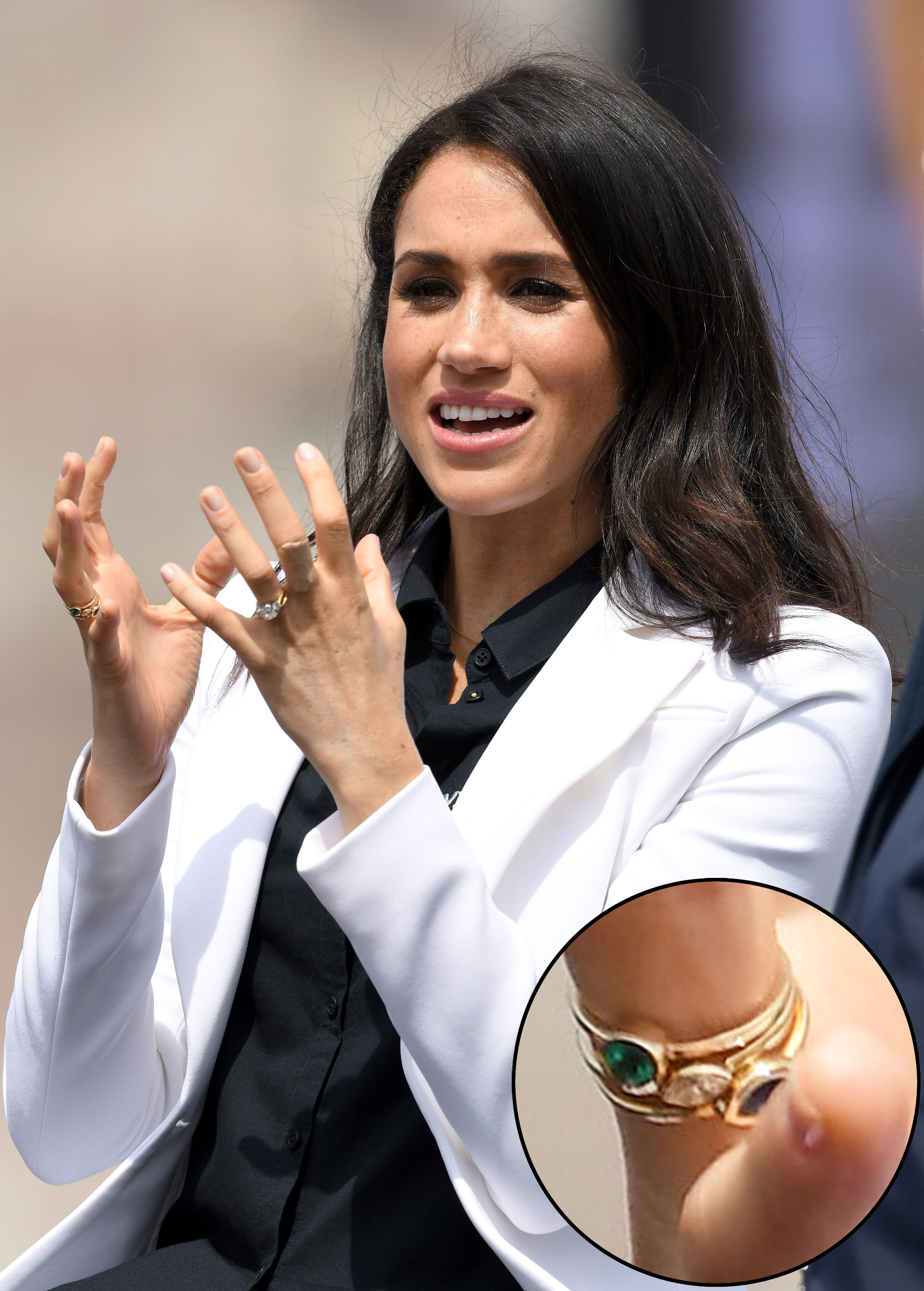 Which brings Us to baby Sussex: the diamond is the birthstone for the month of April, which has fans speculating that we could be expecting the next royal baby in April 2019. And this fully lines up with the vague time period when the former actress could, in fact, be due. If this isn’t impressive Internet sleuthing, nothing is.

Markle isn’t the only royal who has worn jewelry symbolic to her motherhood. Kate Middleton famously wore a charm necklace with tribute to her children as well as her husband, Prince William, echoing a similar necklace that was worn by her late mother-in-law. These royals, they’re redefining what it means to have family jewels.

10/26/2018 Fashion Comments Off on Could Meghan Markle’s Ring Be Hinting at the Exact Month of Her Due Date?
Recent Posts