If you are, it could be knocking years off your life, a new study suggests. 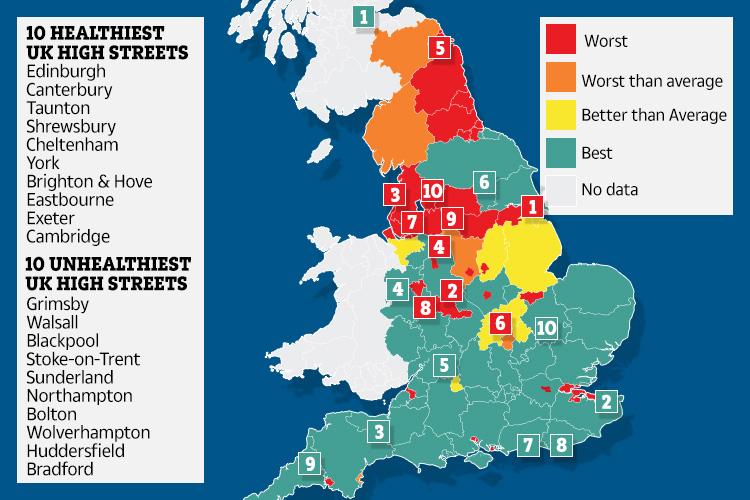 Public health experts have compiled a league table of the nation’s healthiest and unhealthiest towns based on their shopping districts.

And they believe that living near a high street crammed with betting shops, fast food outlets and off-licences could have a serious impact on your health.

Grimsby has the UK's most unhealthy high street, closely followed by Walsall and Blackpool.
Edinburgh, Canterbury and Taunton were healthiest.

Points were given for the likes of cafes, libraries and leisure centres, which encourage exercise, healthy eating and socialising. 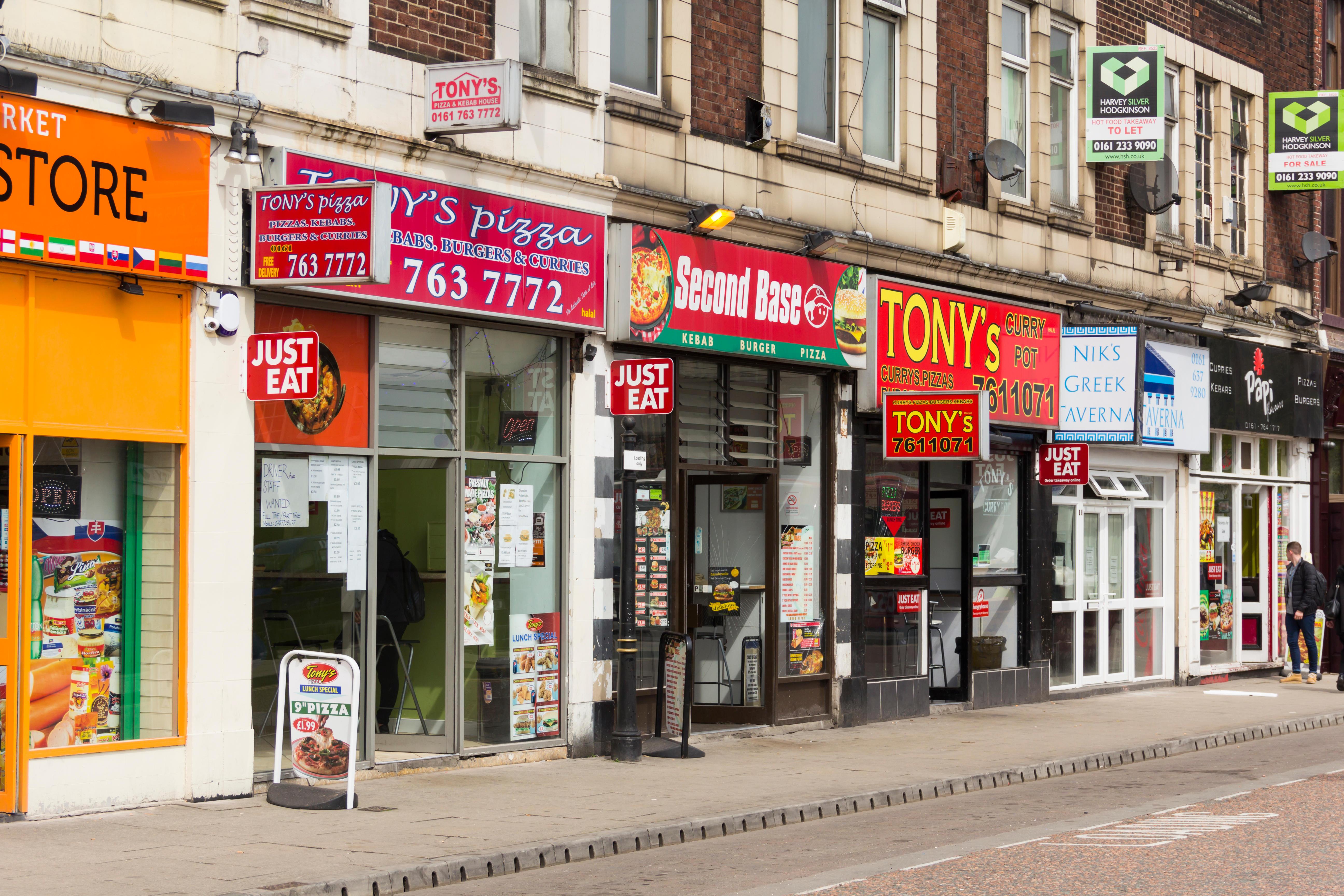 And they were deducted for things such tanning salons, empty stores and payday lenders, which harm mental and physical wellbeing.

Shockingly, the study found that people living in the ten highest scoring areas live an average 2.5 years longer than those in the ten that score lowest.

Researchers found 4,000 new fast food outlets have opened across Britain in the past five years – predominantly in poorer areas.

The towns with the most empty shops, tanning shops, off-licences, fast food outlets, bookies, and high-cost credit outlets were:

The findings come after Philip Hammond announced a package of measures in his budget aimed at reviving High Streets, which have suffered due to online rivals.

The Chancellor pledged a reduction in business rates for 500,000 small retailers and a digital service tax on tech giants with global revenues above £500million.

The towns with the most leisure centres, health services, pharmacies, health clubs, libraries, museums and galleries, vape shops, pubs and bars, cafes and coffee shops are:

A £650 million fund was also announced to improve transport access for struggling town centres and to turn empty shops into homes and offices.

Shirley Cramer, from the RSPH, said: “When our time and money are converted into a loss at the bookmaker, a tan from a sunbed, a high-cost loan or a bucket of fried chicken, the High Street is enabling and supporting poor health behaviours.

“While the face of the British High Street continues to change, the environmental and economic factors that influence inequalities in health outcomes across the country remain stubbornly intractable.

“Reshaping these high streets to be more health-promoting could serve as a tool to help redress this imbalance.”