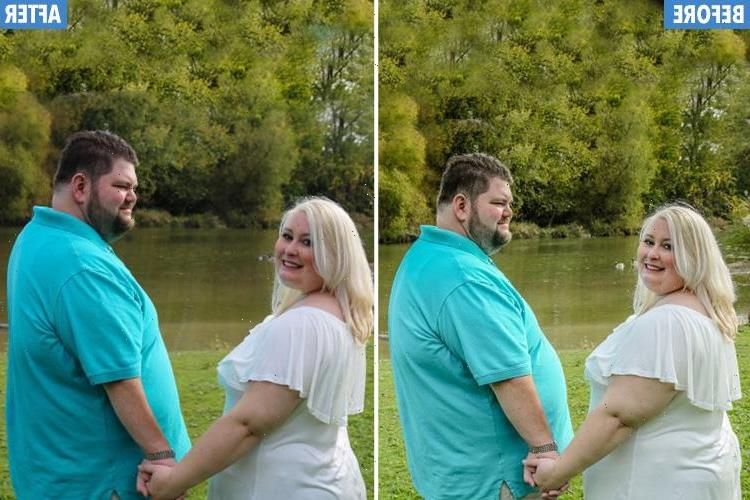 A BRIDE-TO-BE was shocked to find her engagement pictures had been photoshopped by the photographer to look thinner – and is now accusing her of “fat-shaming”.

Katie Liepold said her romantic images with fiancé Jon Kistler were edited to make them look “30 pounds” lighter, and then a nasty rant was posted online about them. 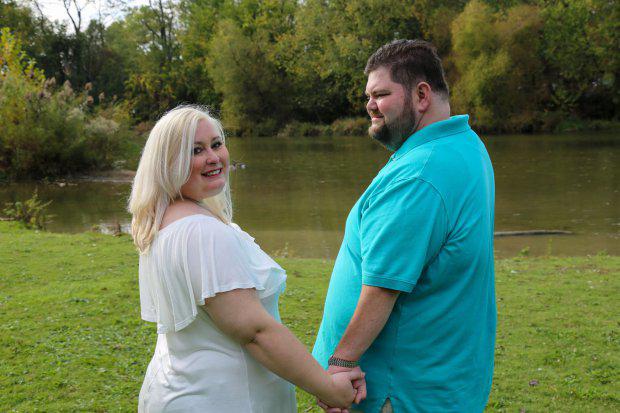 Katie, from Ohio, said she forked out $600 (£432) for a package from photographer Linda Silvestri from Tower Photography that included the engagement shots.

Although the shoot went fine, when the couple got the pictures back they noticed Linda had not only blurred out part of the shots, but also made them look slimmer.

Katie confessed to News5 Cleveland: “We didn't really need the engagement session, but it was in the package so we did it.

“She actually photoshopped one picture of us skinnier. She probably took like 30 pounds off each of us.” 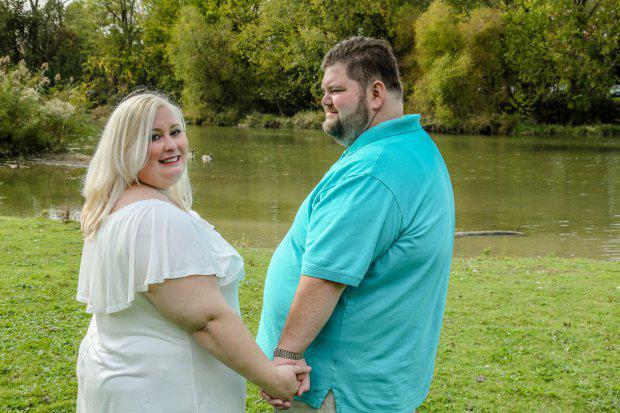 A disgruntled Katie contacted Linda with her concerns and relayed how she was hurt that her pictures weren’t considered good enough as they were.

Katie claims Linda offered to cancel the contract, which included the wedding day, but insisted on keeping the $150 (£108) deposit.

However, the ordeal didn’t end there for the engaged couple.

Katie discovered on a Facebook group called Northeast Ohio Wedding Professionals Only that Linda had uploaded an offensive post about them and the experience. 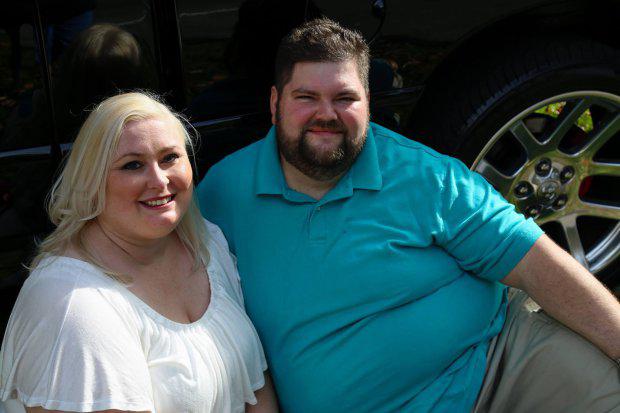 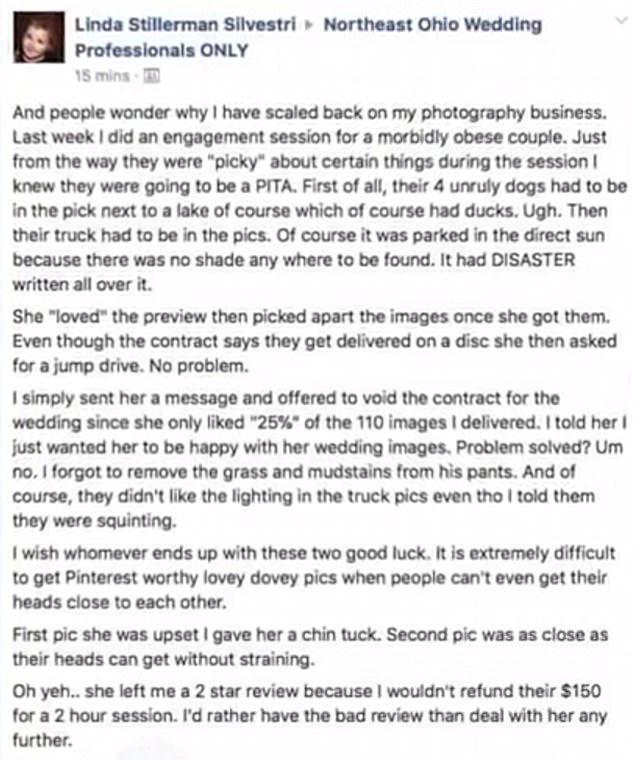 Linda had written on the post: “And people have wondered why I have scaled back my photography business.

“Last week I did an engagement session for a morbidly obese couple. I wish whomever ends up with these two good luck.

“It is extremely difficult to get Pinterest worthy lovey dovey pictures when people can't even get their heads together.

“First pic she was upset I gave her a chin tuck. Second pic was as close as their heads can get without straining.” 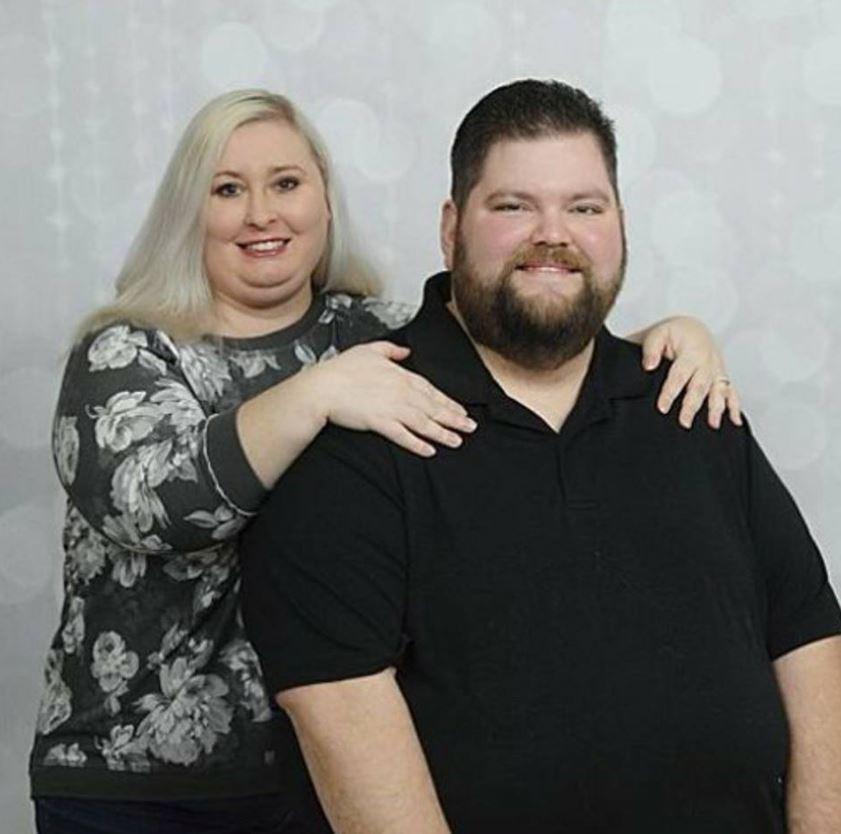 The post has since been deleted, but now Katie wants her deposit back.

Linda told News5 that she insists on keeping the deposit due to spending two hours taking the images, but has apologised for making the couple appear thinner.

Katie said that she feels duped by the photographer and wants to share her story as a cautionary tale to other brides.

It's not the first time wedding pictures have been edited to look different.

And a wedding guest revealed a bride left her feeling ‘hideous’ after AIRBRUSHING her out of the photos – and she hasn’t had her photo taken since.