Debbie Gerlach was left heartbroken when her fiancé, Randy Zimmerman, was killed in a motorcycle accident in February, months before their wedding this month. 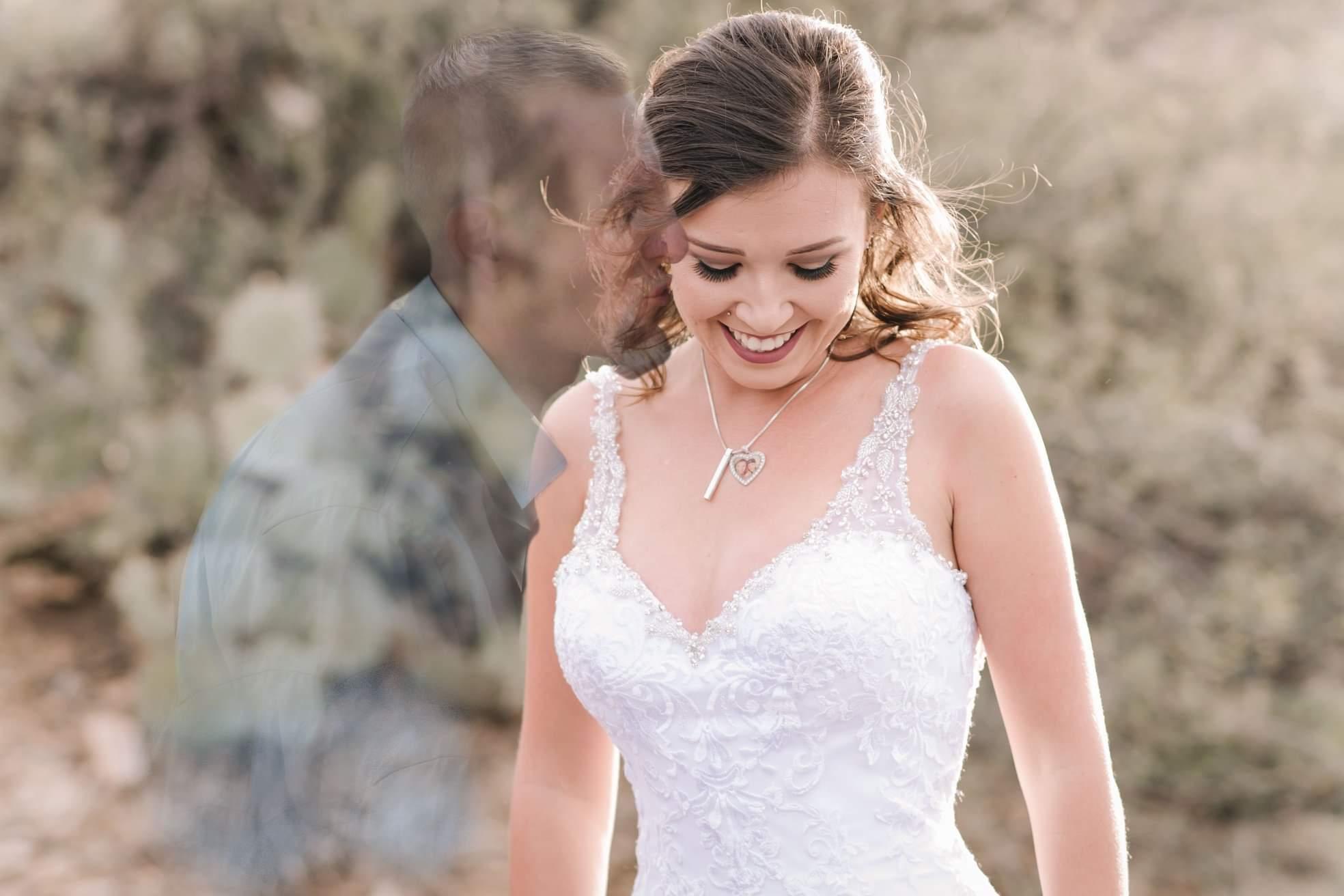 Despite losing her husband-to-be, Debbie decided to have a photoshoot in the desert of Tuscan, Arizona, while wearing her wedding dress and holding a bouquet of flowers.

And she took those photos for a special reason – so she could edit Randy into them to create the wedding photos she would never have.

After taking the photos a few months ago, she finally shared the finished images on what would have been their wedding day. 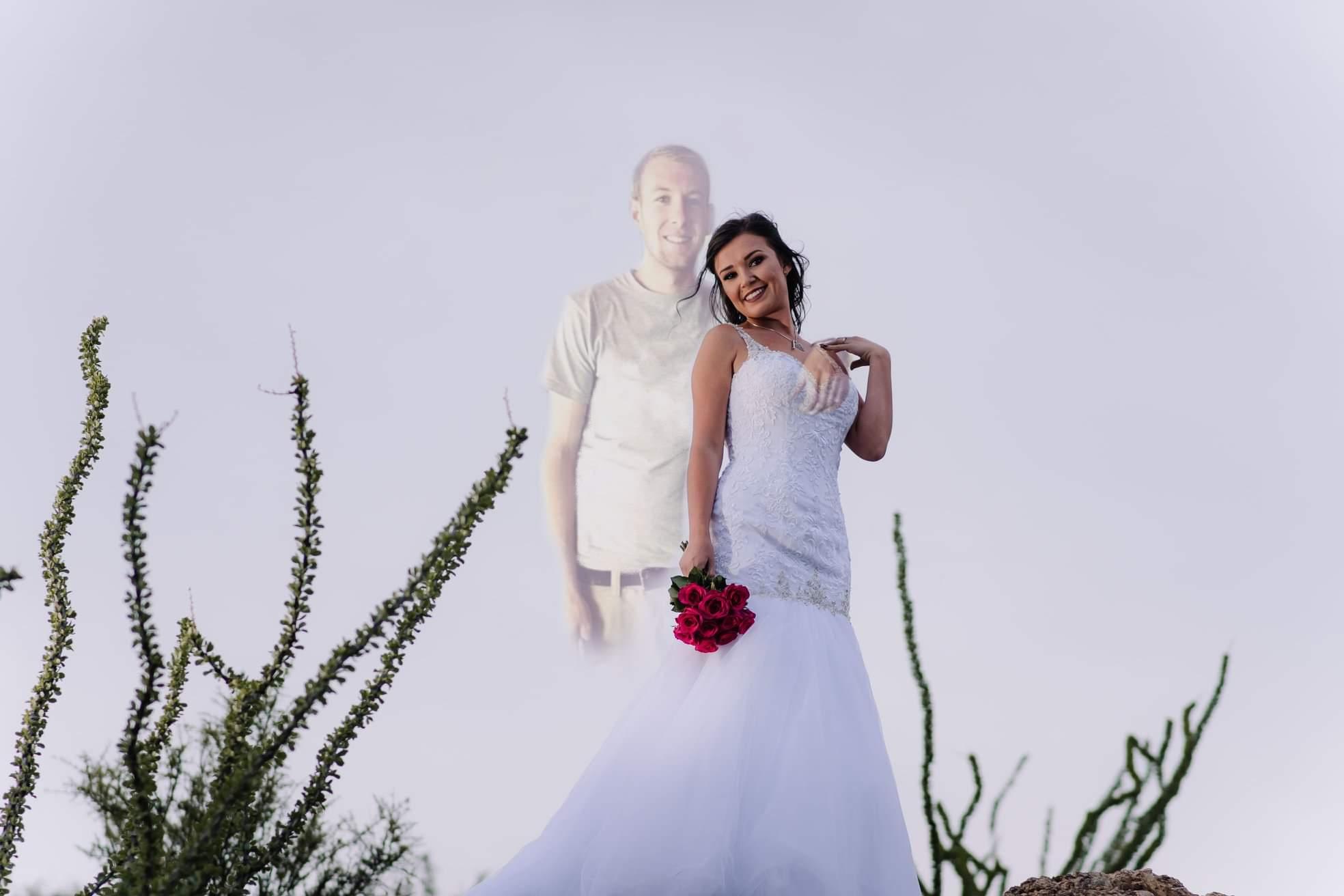 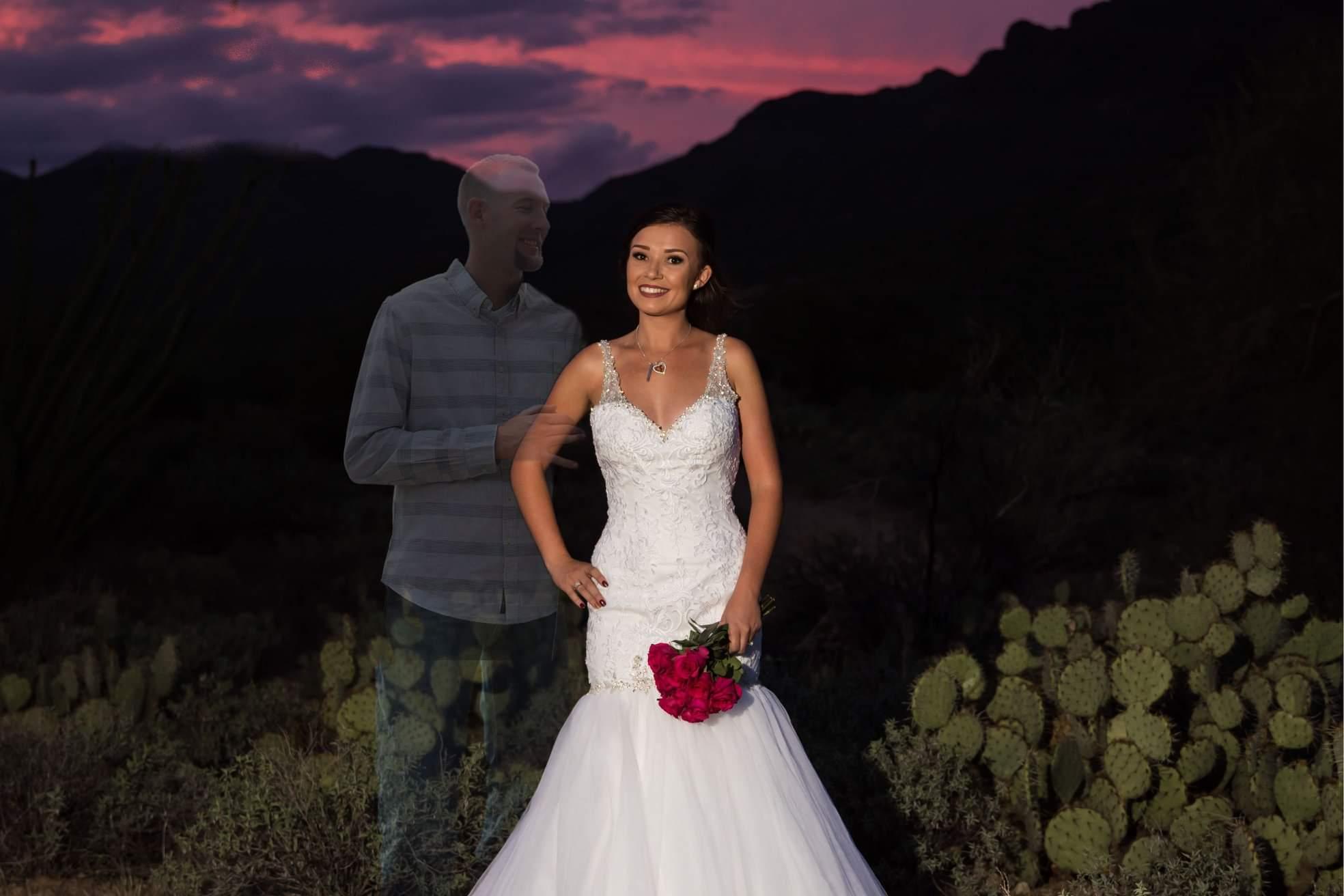 “I was supposed to wake up, put on my wedding dress and walk down the isle to the man of my dreams.

“Today, in front of all of our family and friends Randy & I were going to express our love for each other once again, and our vows that we would hold sacred to our hearts.

“Today was supposed to be the day I have dreamt about since I was a little girl.

She revealed that she had bought the dress prior to his death and had been hiding it from him, as most brides do.

But instead of wearing it down the aisle, she wore it for her solo shoot with photographer Kristie Fonseca. 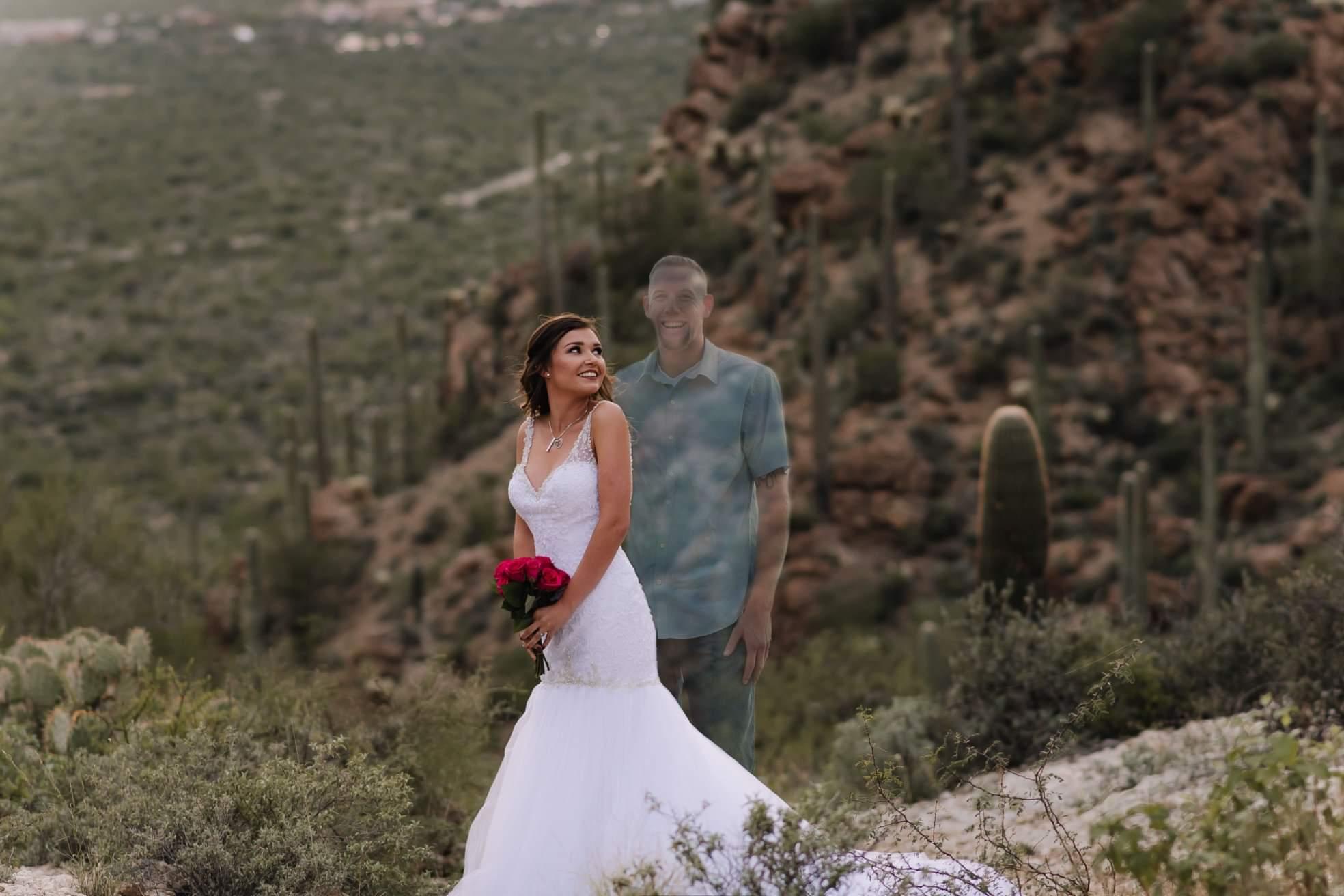 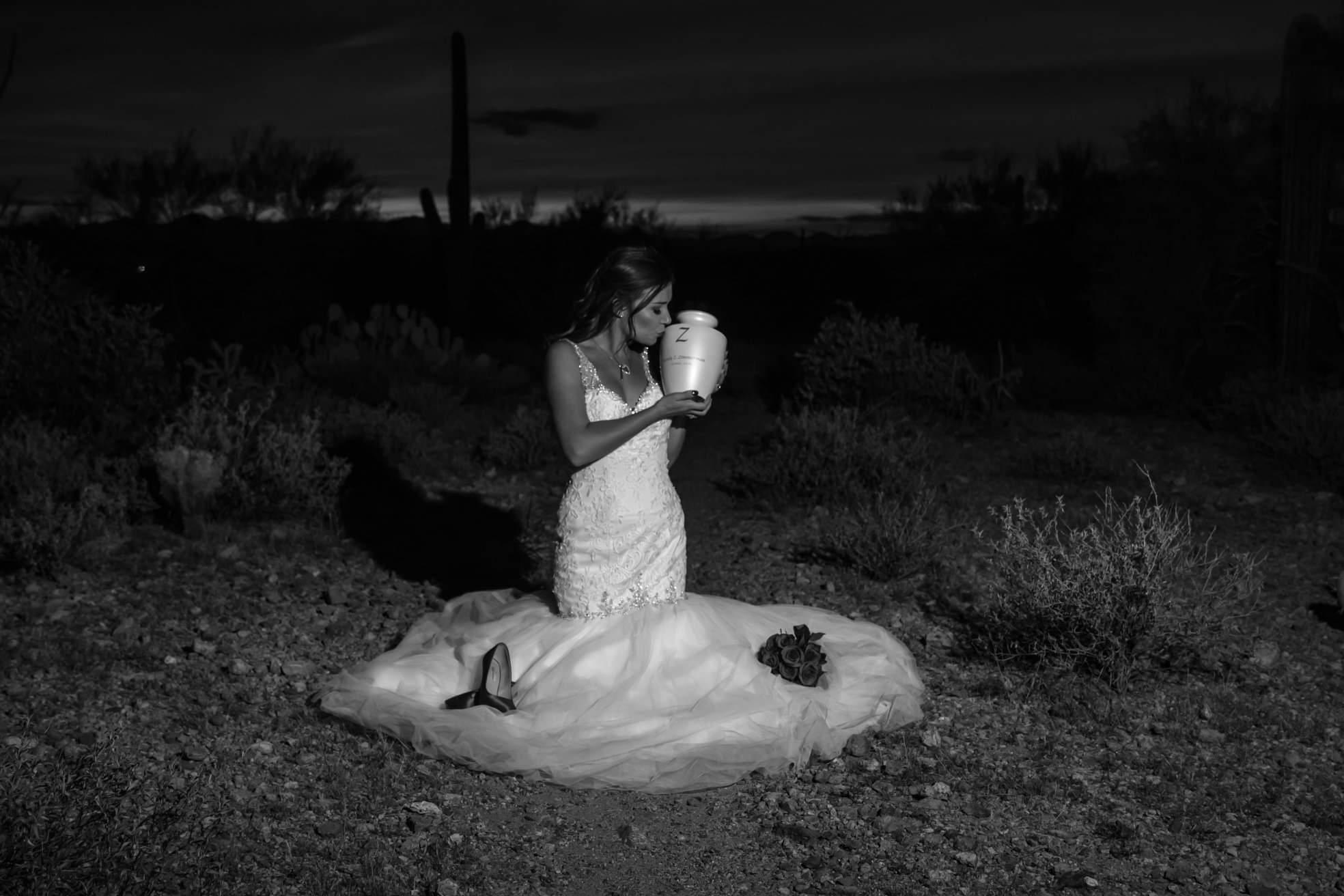 She told Yahoo Lifestyle: “When I first spoke with Debbie, she told me her tragic story and asked if I was able to insert her fiancé into what should have been their special day.

"A special day that was carelessly stolen from her.

“After listening to her heartbreaking, story I just knew I had to do something very special for her.”

She added that she began the session just like a normal bridal shoot, but then asked Debbie to pose as if Randy was there.

In the finished phots, Randy appears kissing Debbie’s cheek, standing arm in arm with her, and posing astride his motorcycle. 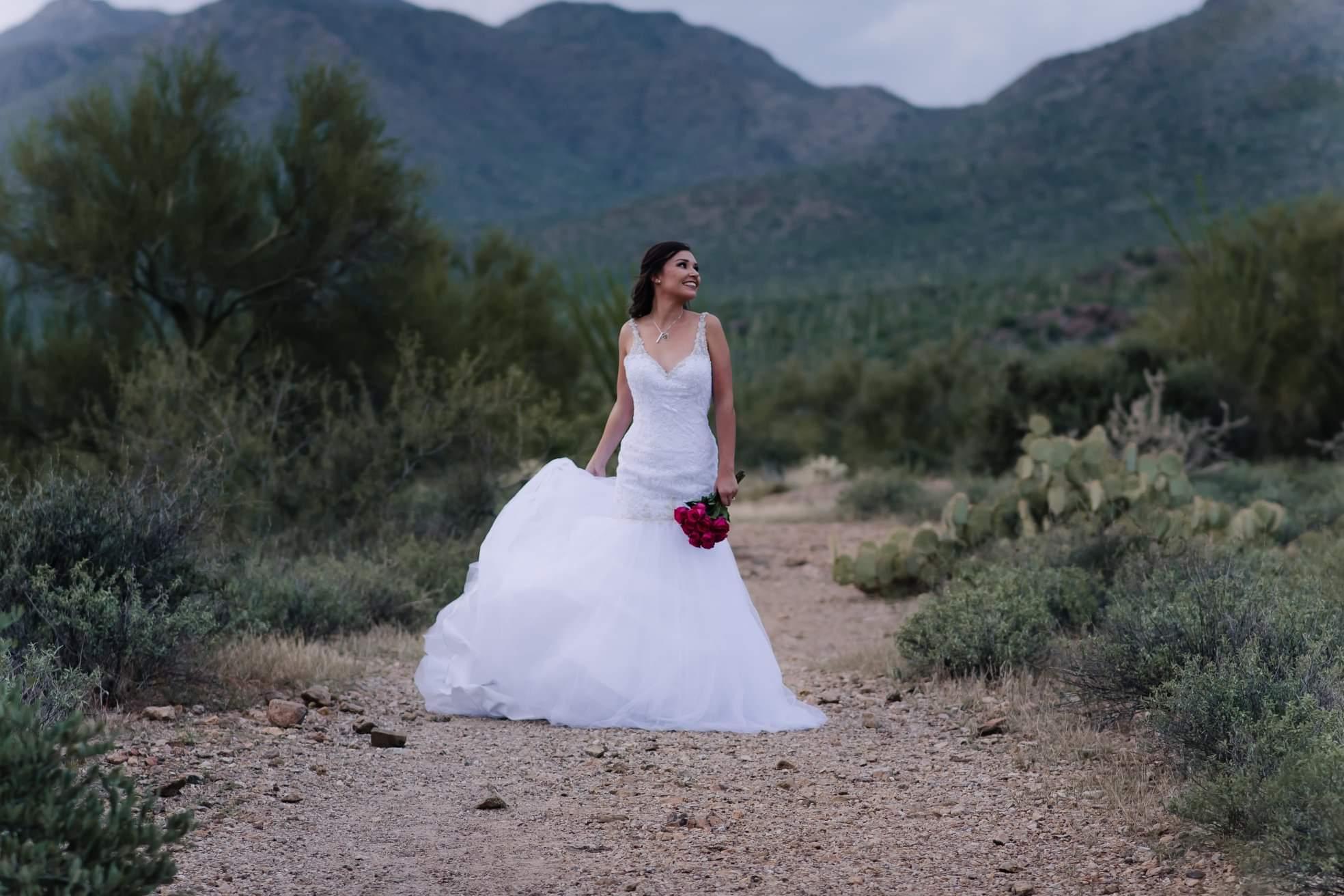 And in one, she’s holding Randy’s urn with her bouquet and shoes on her wedding dress.

Kristie added: “She naturally posed for the photos as if he was standing right beside her.

“Even though he wasn’t there, she moved as if he was.”

Debbie decided to wait until what would have been her wedding day to share the images with the world, and Kristie added they had no idea they would go viral.

The post has racked up more than 160,000 shares, and Kristie says she’s “humbled and honoured” to have been part of something so special. 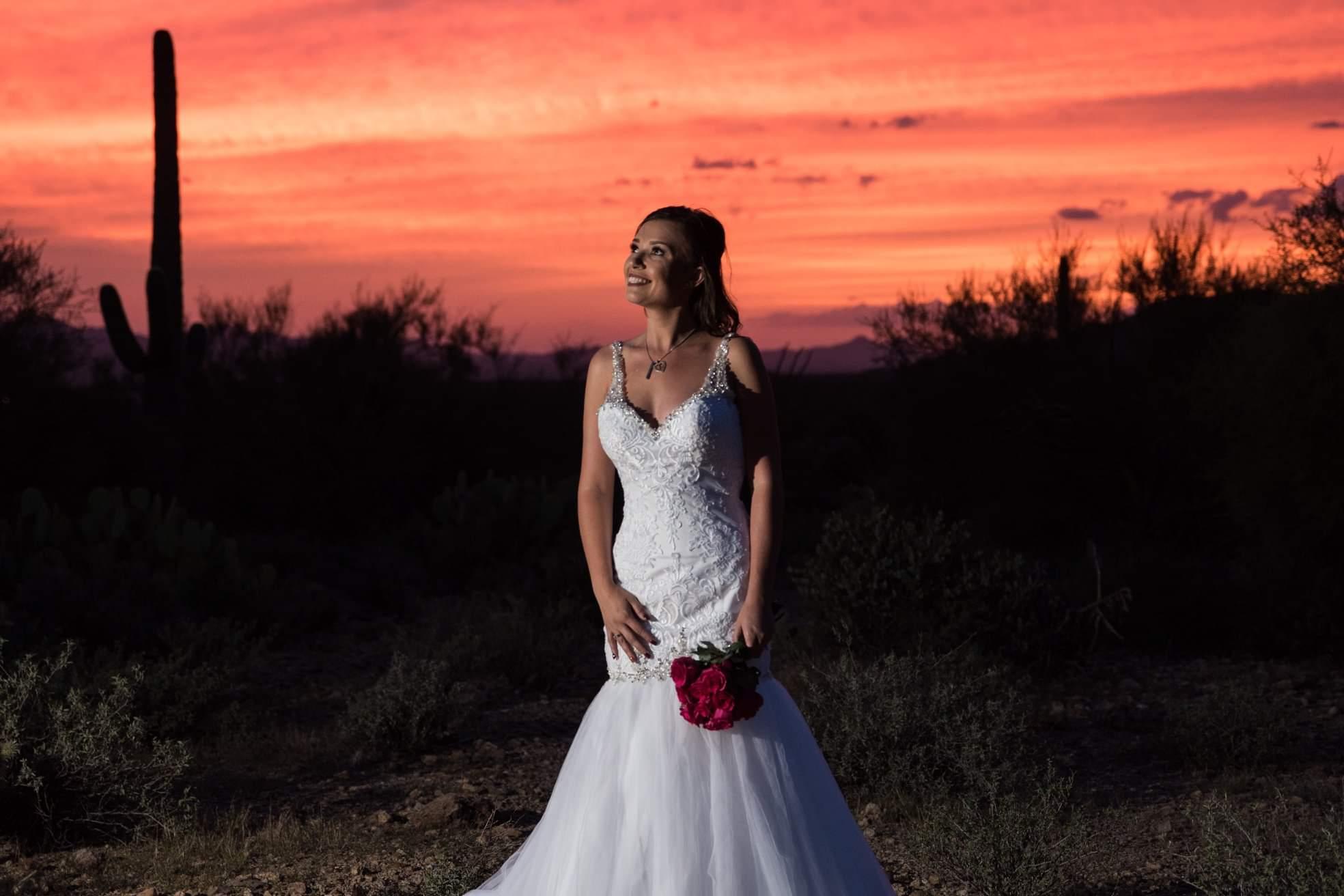 Sharing the images, Debbie wrote: “Today I woke up alone as I do every day.

“Today I woke up with my heart broken all over again. Today my daddy will not walk me down the aisle.

“Today I will not get to see the look on Randy’s face at the end of that isle when he gets his first look at me in my wedding dress, the dress I had to hide from him because he couldn’t wait to see it.

"Today I will not have a husband.

“Please I beg each and every one of you that reads this post, WATCH FOR MOTORCYCLES, stop at stop signs and drive with care because you never know whose whole world is on that bike. 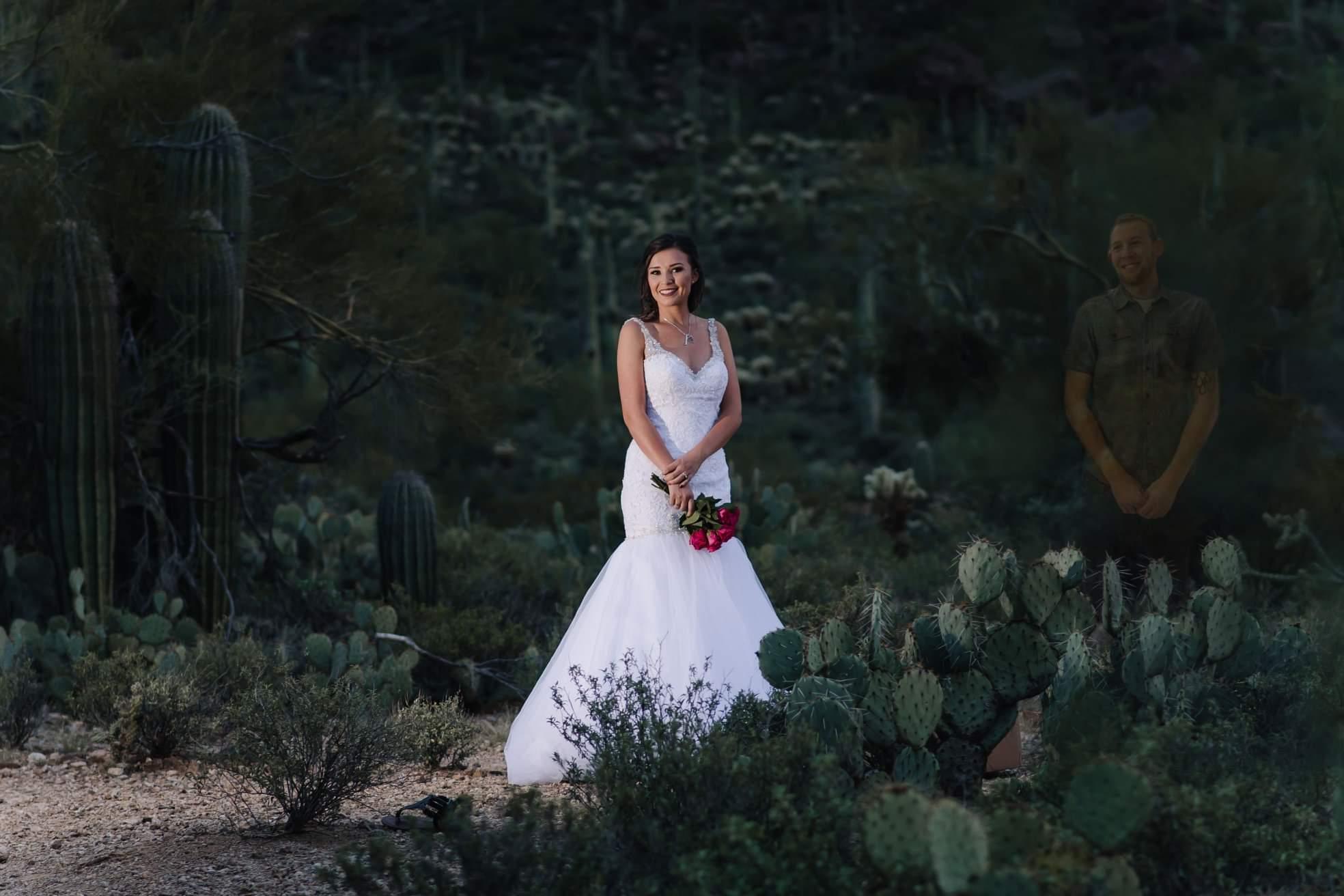 “Maybe if that person stopped, I’d be marrying my Randy, my best friend, the love of my life.”

She ended her post by saying: "Forever & Always, we promised".

People have praised Debbie for sharing the images, with one person saying: “I love these and thank u so much for sharing! I am so sorry for ur pain!!

“I know exactly how you feel. My fiancé was shot in the back twice 2 yrs ago.”

Another person said: “I am so very sorry for your loss. I hope one day I can find a love like yours.”

And a third person wrote: “What a beautiful tribute. So sorry for your loss.”

And Friends fans spot some very familiar characters at Ross and Emily’s wedding.

We told you about a bride who had her dream wedding after winning £10,000 wedding for just £750 after winning more than 20 online.

In even more wedding news, this bride tells her wedding planner she loves him five days before her big day – but STILL gets married.