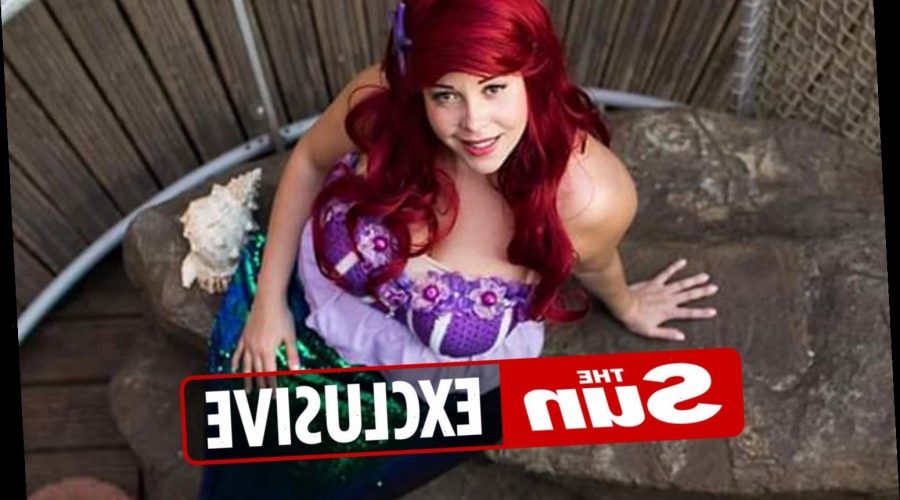 TAMARA Edwards, 34, is a risk and controls manager and part-time mermaid, and lives in Bristol with her mum Ines, 62.

Here, Tamara opens up on life as a mermaid and why she never let her size get in the way of her dream. 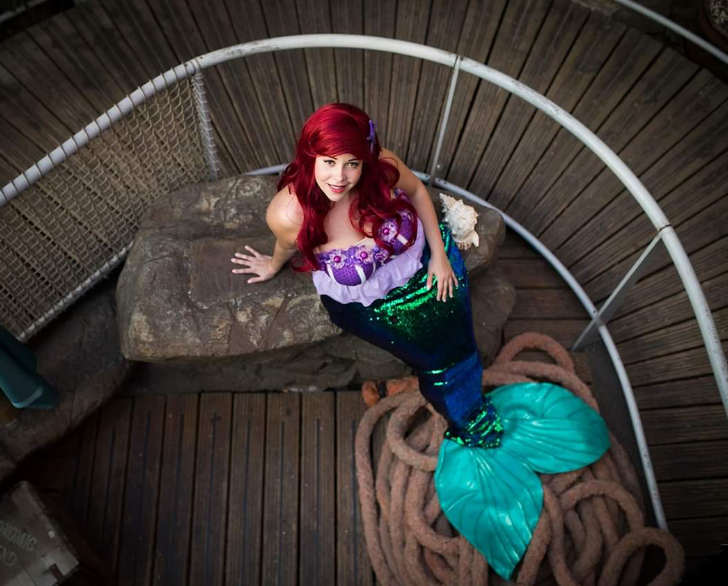 “Surrounded by stingrays and sea turtles, I swam through the aquarium tank, then flipped my tail and blew a kiss to the crowd.

"After 10 years, I’d finally fulfilled my dream of being a mermaid.

"Growing up, I was obsessed with Disney’s The Little Mermaid and watched it every day after school.

"As I grew older, my fascination with mermaids and the sea continued. 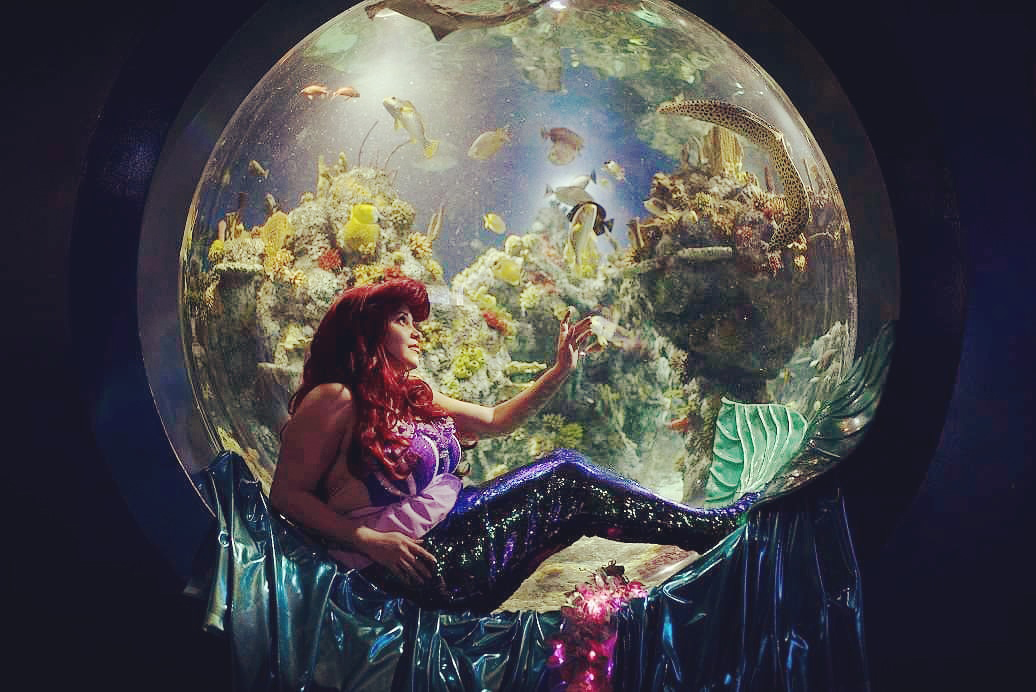 "After finishing school, I worked in a bank before getting a job at Bristol Aquarium doing guided tours for kids while dressed as a mermaid.

"As a curvy size 16-18, I found that off-the-shelf costumes didn’t fit, but my mum helped by making me a skirt that looked like a mermaid tail, and we altered a skin-coloured top by customising it with seashells.

"She and my dad William were so supportive – they knew mermaids were my passion.

"I got such a buzz from dressing up, often daydreaming about what it would be like to swim in the tank with the fish like a real mermaid, rather than just walking around dressed like one, but I knew I’d need a freediving qualification to do that. 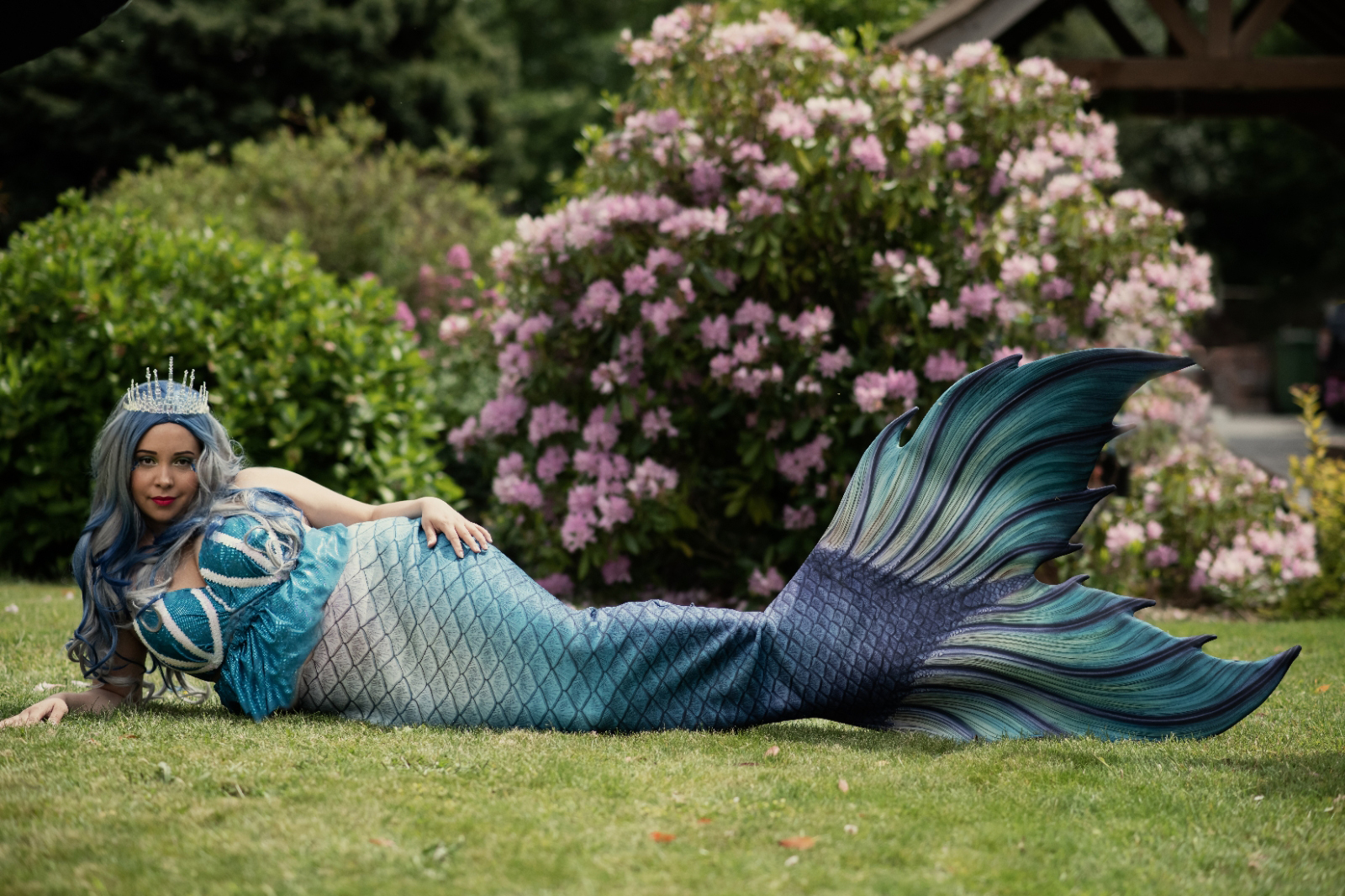 "In 2012, I left the aquarium to work in promotions for a newspaper – I was really sad, but my new job was better paid and I needed the money.

"Shortly afterwards, however, colleagues began asking me to appear at their kids’ parties in my mermaid costume, which I loved.

"Then in 2014, the aquarium asked me to come back part-time, and I was able to juggle it around my new part-time position as a risk manager.

"In February 2017, BBC Radio Bristol interviewed me about my job. 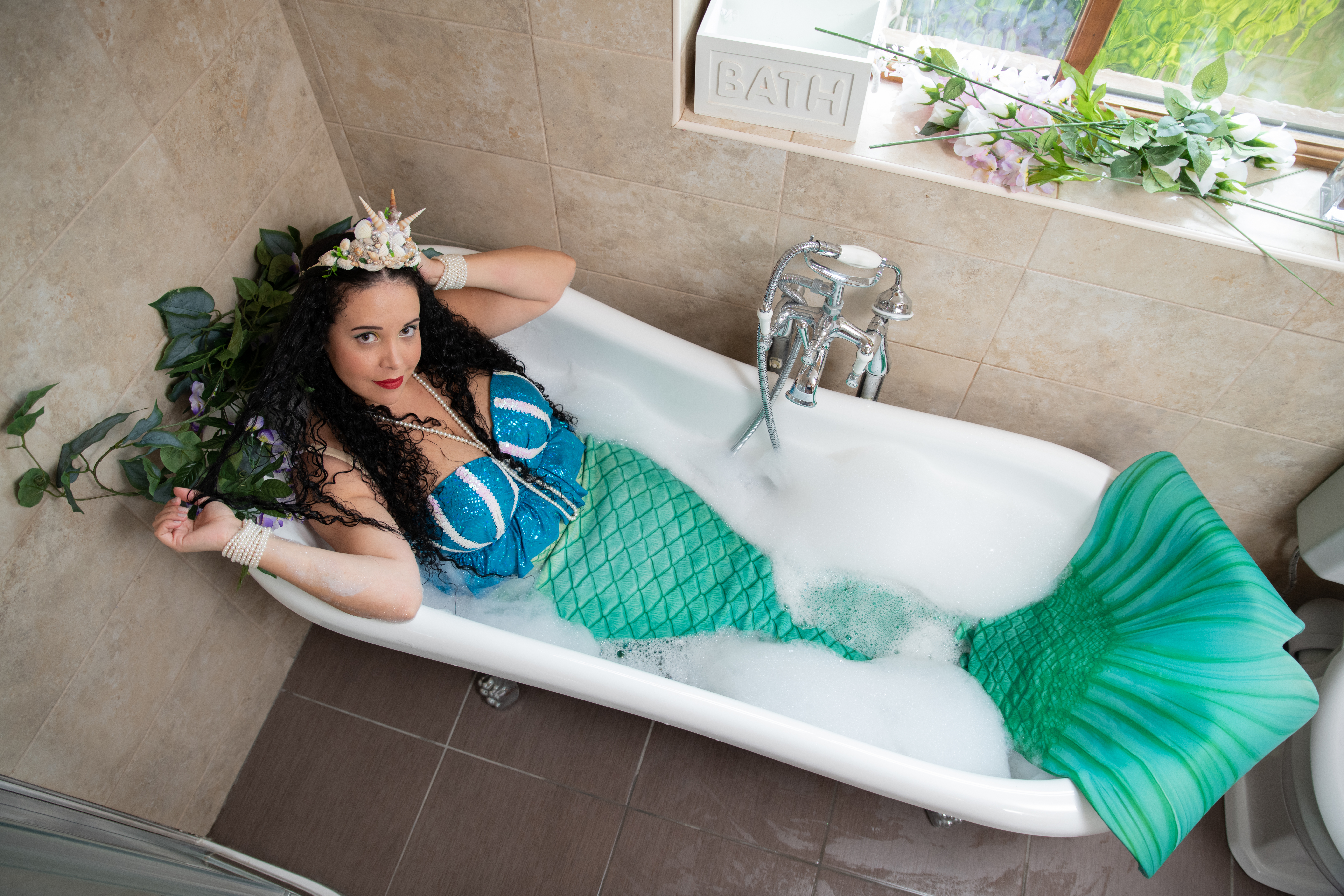 "I braced myself for trolling on the show’s Facebook page about my weight, but the comments were really positive.

"Lots of parents said that I was wonderful and their kids adored me, which was lovely and confirmed to me that mermaids – like people – can come in all shapes and sizes.

"Keen to up my mermaid game, the next month I ordered a custom-made waterproof swimming tail for £175. I’d seen similar ones on Facebook, where I’d connected with other mermaids.

"I was already a strong swimmer, but I needed to learn to swim with my tail on, so I hired an entire pool at a cost of £50 an hour to practise in. 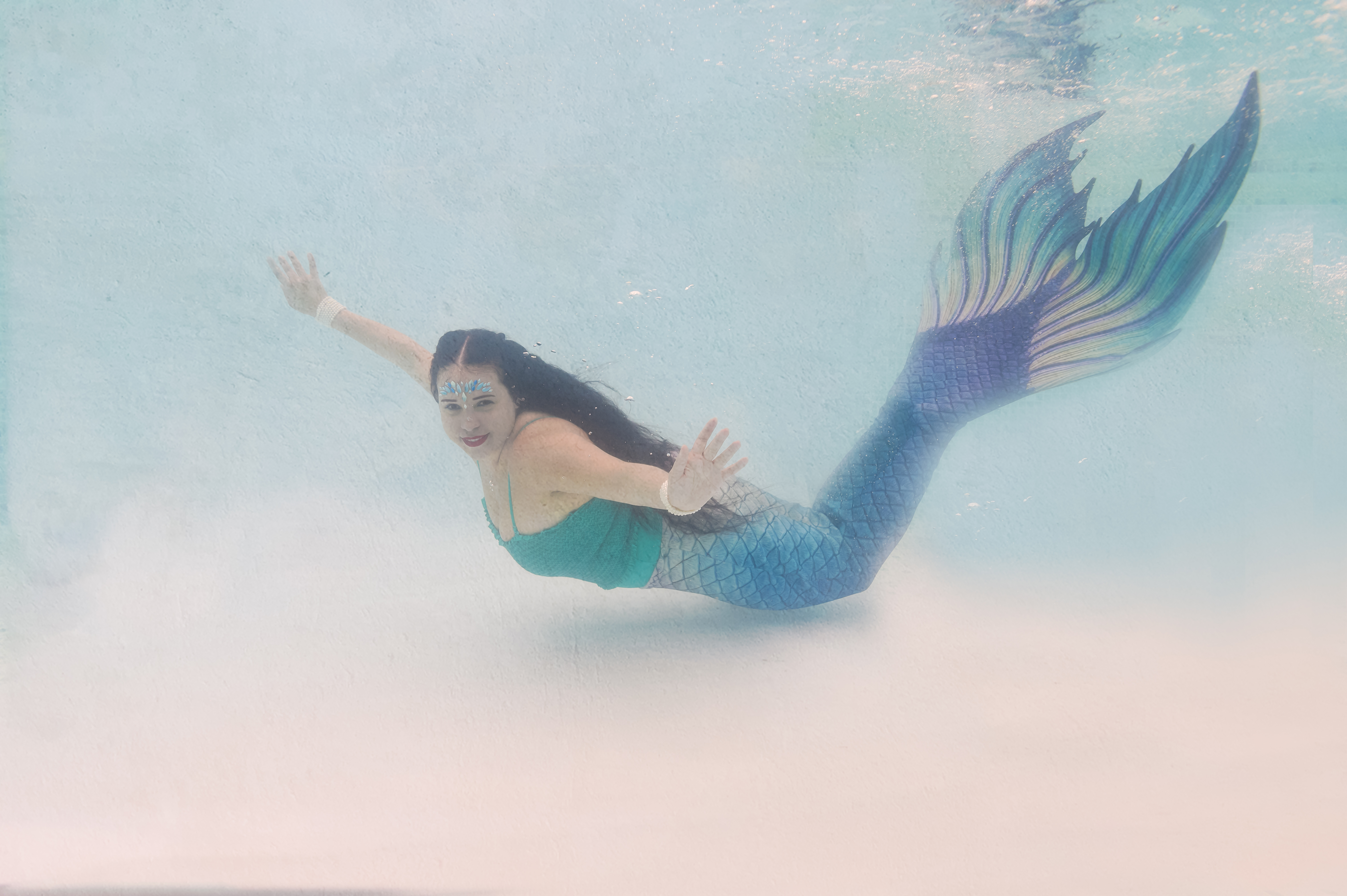 "After three two-hour sessions, I’d got the hang of it, and I started advertising mermaid appearances in pools for kids’ birthday parties.

"I also often met up with girls from Facebook’s mermaid communities, trying out new costumes or tails.

"I knew I was bigger than the average mermaid, but didn’t feel self-conscious.

"In June 2019, I used £550 from my savings to attend a mermaid camp organised by a company called Hire a Mermaid UK. 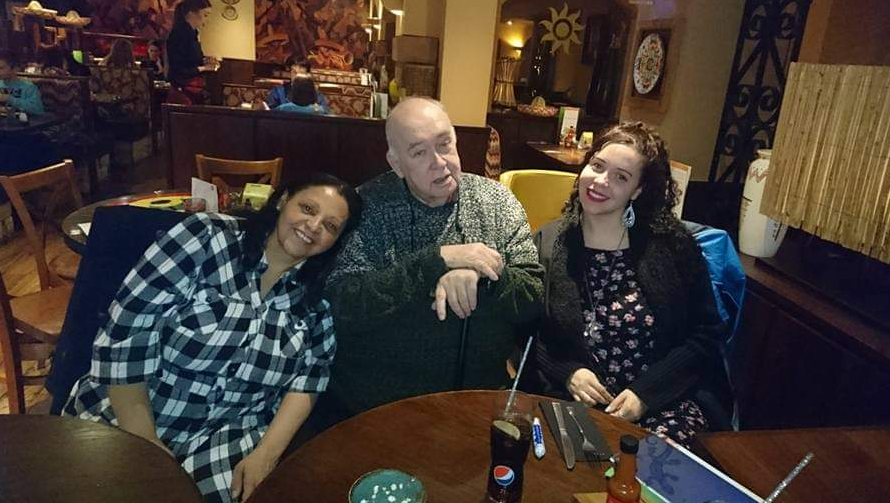 "There, I learned how to freedive – holding my breath underwater for as long as possible without using any breathing apparatus.

"I trained myself to last almost three minutes at a time, diving to a depth of over 16 metres.

"Spurred on by my success, I bought a tail partially made from silicone – it cost £700 but it was my most realistic yet.

"When my dad died due to complications with his diabetes in August 2019, I was heartbroken. 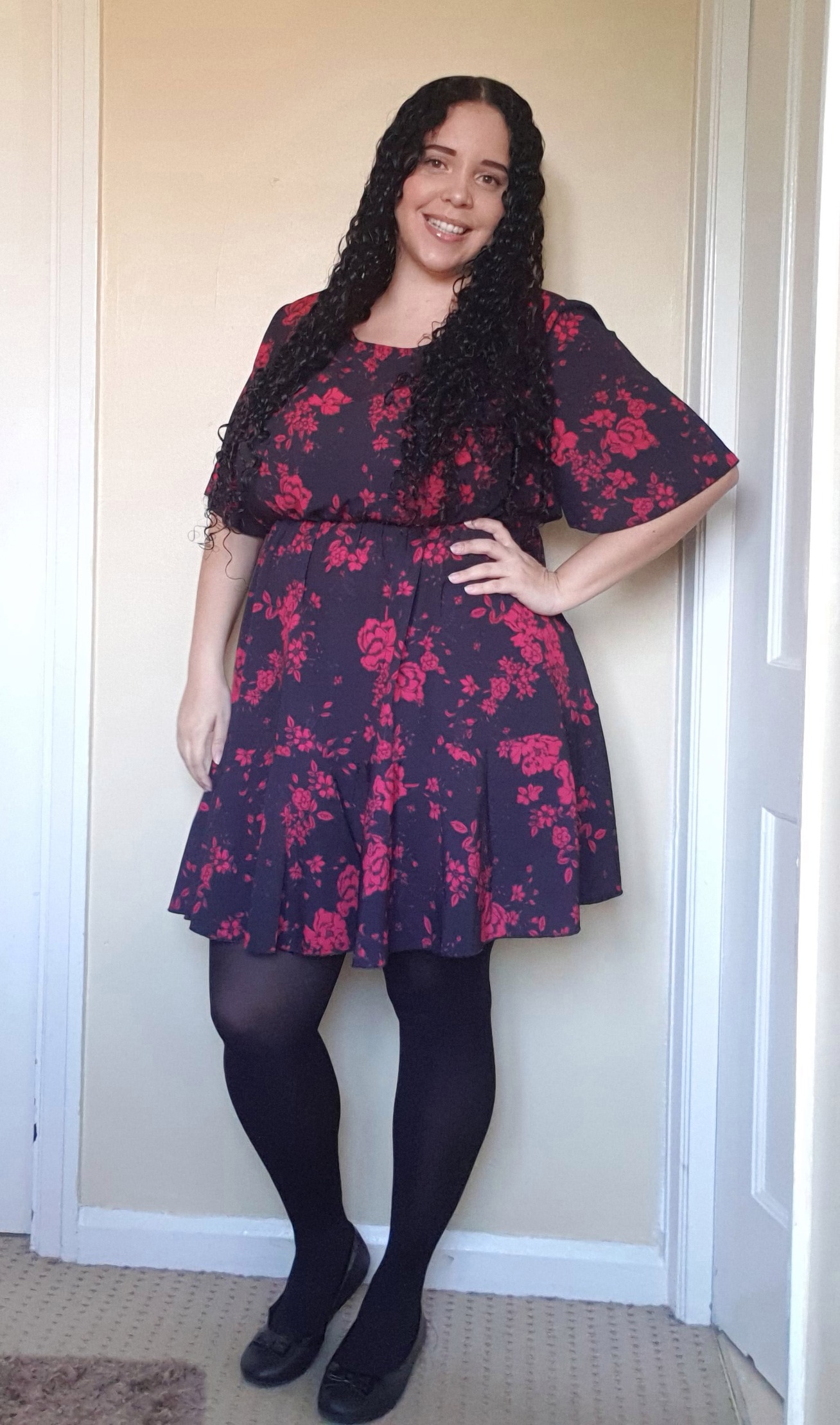 "It had been his dream to see me perform inside a fish tank, and I vowed then that I’d make it happen, for him.

"Sadly, I had to put my mermaid career on hold for most of 2020 because of the pandemic, but in August when pools and aquariums reopened, I got my second open-water freediving qualification, which meant I could finally swim in aquarium tanks. I was so happy.

"My first job as an in-tank mermaid was a gig performing at Sea Life Manchester that October.

"Surrounded by beautiful fish and three other mermaids, I couldn’t believe it was happening. I just wished that my dad had been there to see it.

"Though swimming pools and aquariums are currently shut until next month, I can’t wait to get back into the water once restrictions lift. 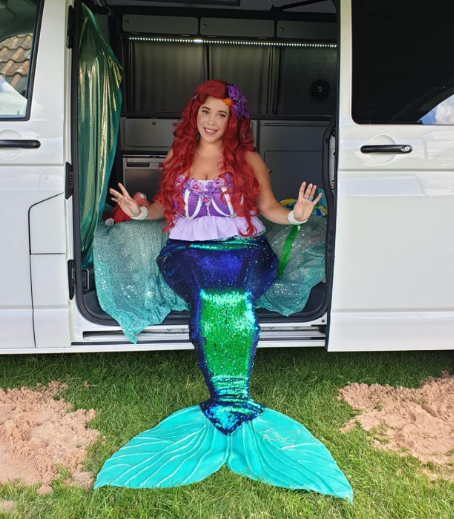 "I’m so busy balancing my office job with my mermaid work that I’m happily single for now.

"I know that mermaids aren’t real, but performing brings so much joy to both kids and adults that I wouldn’t give it up for the world.

"When I tell people what I do, they often say how magical it must be – and they’re so right.”