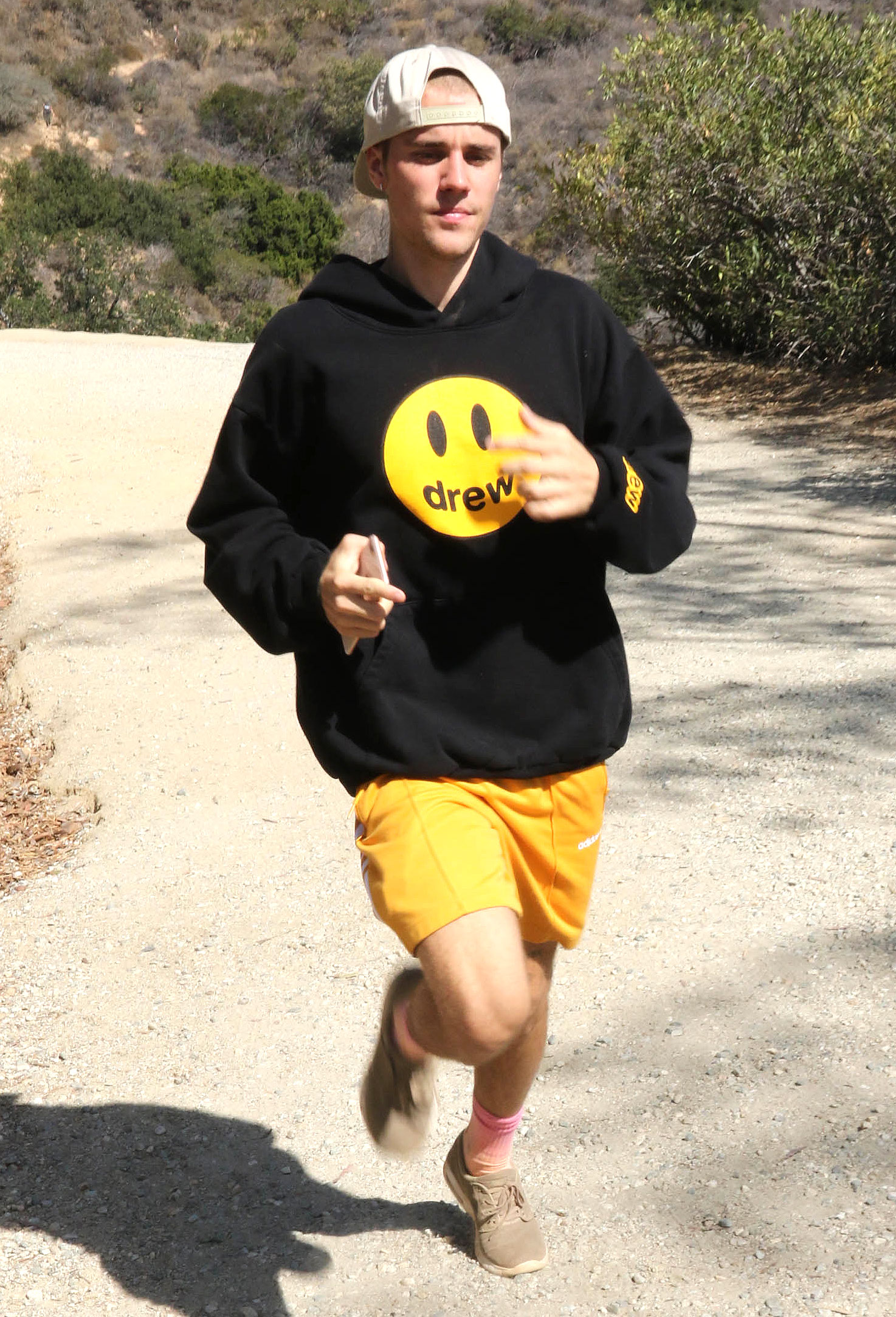 If you want to recreated Justin Bieber’s signature grungy style of late, you’re in luck. The newlywed singer is launching his own clothing line and it is named Drew.

The world became aware of this information when the newly short-haired Bieber was snapped running in California wearing a “Drew” hoodie with his middle name appearing below the eyes where the smile would normally be. This is the third time that the recording artist has worn one of his own designs. The first to items were a yellow shirt and yellow hoodie that both said “Drew.”

Amazon Has Launched a Celebrity Store: See Our Fave Picks

And it would seem that the that Bieber has trademarked “Drew, “The House of Drew” and “La Maison Drew,” an action that he undertook in February 2018. He’s not the only one to take legal stakes in his own name, in the family. In October his wife Hailey Baldwin reportedly trademarked both “Hailey Bieber” and “Hailey Baldwin,” so it’s entirely possible that we will have husband and wife coordinated clothing collections on our hands sometime soon.

It’s all good news for those of Us that fancy baggy board shorts, button-down Hawaiian print shirts, stringy bleach blonde hair and bizarre methods of burrito eating.

About Last Night: See the Best-Dressed Stars on the Red Carpet and Beyond

Unfortunately, no further details have been released on when the general public will be blessed with Bieber’s smiley face designs, but until then, there are a treasure trove of memes to reference for some ideas of what the rest of the collection will look like.

But while we wait, there’s also Justin and Hailey’s most outrageous couples style moments to take inspiration from and get an idea of what their collections may include.