Amelia Hamlin rung in her 20th year with a gorgeous dinner & some late night clubbing in Miami, alongside her beau Scott Disick, 38 on June 12th.

Amelia Hamlin was all smiles and even a few happy tears as she celebrate her 20th birthday on June 12th and into the wee hours of June 13th in Miami Beach. The young model stunned in a skimpy gold Natalia Fedner chain metal set while she held hands with he boyfriend, Scott Disick, 38, as they enjoyed a lavish dinner at Papi Steak. There, Scott rolled out a massive, five-tiered golden cake to celebrate his lady’s big day, before gifting her a diamond-encrusted cross necklace which brought her to tears.

Later in the night, the couple partied it up at LIV, where Scott even made an appearance at the DJ booth. The KUWTK star sported denim with crosses on it, a navy T-shirt and a navy windbreaker vest on top. His bleached blonde hair was styled and he looked tanned from the Florida sunshine. Amelia appeared absolutely smitten with Scott, as she was photographed cuddling him at the dinner table and clutching onto his hand throughout the night.

The birthday girl later took to her Instagram feed to show off her cute outfit and gush over the special event. “the best birthday a girl could ask for,” the newly 20-year-old wrote beneath pictures of her looking toned and tan in the metal crop top and matching skirt. 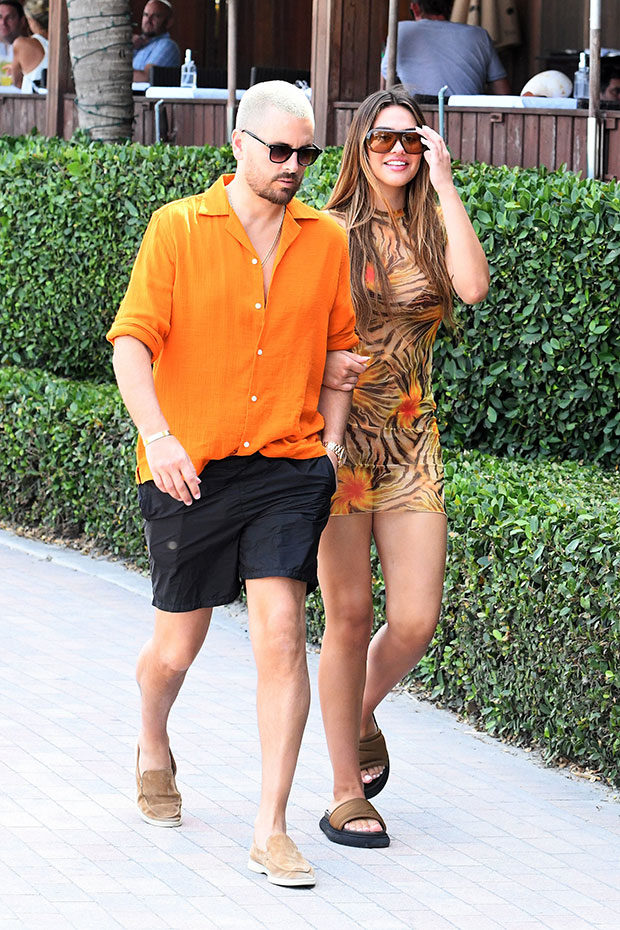 While Amelia was celebrating in Miami, her Beverly Hills-based mom, Lisa Rinna was posting tributes to her daughter on her born day from afar! She wished her youngest a happy birthday with a photo of Amelia and her Nana that she said was her ‘fav photo’ in the caption, along with a series of photos of her as a child and a second post with more recent pics. Lisa also shared a few videos, which included Amelia and her sister Delilah rocking the catwalk together, and a home dance video of the sisters. So cute!