SPRING INTO ACTION: Drag performances, like most of the entertainment world, were impacted significantly last year due to the shutdown. Now as New York City gradually reopens and COVID-19 restrictions are starting to ease, Amanda Lepore and CT Hedden are hosting “Love Sensation,” a weekly Sunday brunch at Gitano’s Garden of Love — with a fashion twist.

Along with performances by Lepore and Hedden, there are plans to have local vendors, especially LGBTQ ones, selling their creations. “There are so many local artists and queer artists who sell their paintings on the street. We want to give them an opportunity to highlight their business and brand — jewelry designers and clothing designers. We’ve even talked about having a pop-up tattoo shop,” Hedden said. “On Sundays, everyone is walking around looking for something to do. Think of Union Square’s [Green] Market with LGBTQIA with an element of a fashion twist.”

Each week, special guests will join the crowd. Ballet dancer Misty Copeland — who is at work on a second children’s book, according to Hedden — turned up for the first one, as did Brian Atwood, Shaun Patterson and Ashley Longshore. Meredith Marks of “The Real Housewives of Salt Lake City” has been a supporter, as have Dorinda Medley and Sonja Morgan, Hedden said. Members of the cast of “Pose” are expected this week.

They Are Wearing: Springtime Fashion in and New York, Los Angeles, and Austin

Last Sunday’s launch attracted 400 socially distanced people outdoors and benefited The Trevor Project and the Ali Forney Center. There is a drink on the menu called the “Connie Girl,” a homage to Connie Fleming, who was a pioneer in the Black trans movement and also a muse to Thierry Mugler. She went on to perform with the Boy Bar Beauties and later modeled for Jean Paul Gaultier. Two dollars from each sale of the Connie Girl drink will go to the Ali Forney Center for the Martha P. Johnson program that supports members of the Black trans community. Last year, the drink generated a charitable donation of $10,000, Hedden said. 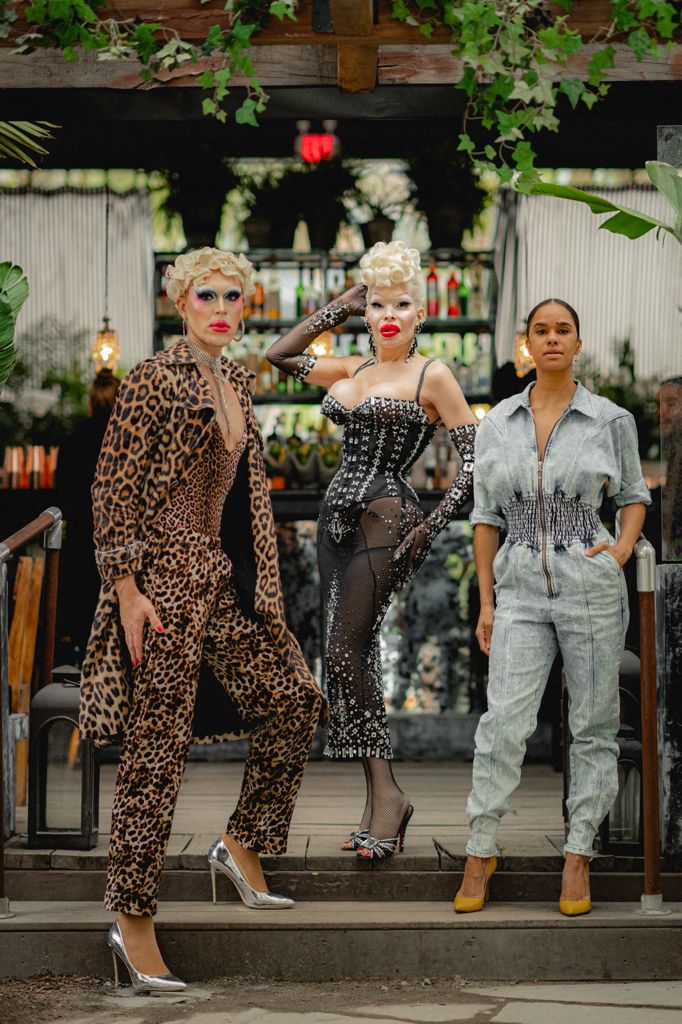 The weekly event “Love Sensation” will have a fashion element. Courtesy of CT Hedden

In addition, he will be donating all of his pay for the entire season to The Trevor Project. At a stage where he can give back financially, Hedden said, “Our community was ravaged by the pandemic. The first thing to go was obviously entertainment. There are so many entertainers, artists [that have been affected] from Broadway to hair and makeup people.”

Lepore has been his best friend for 15 years and helped develop his career. “I pretty much owe everything to her, so starting this project with her was a no-brainer,” he said.