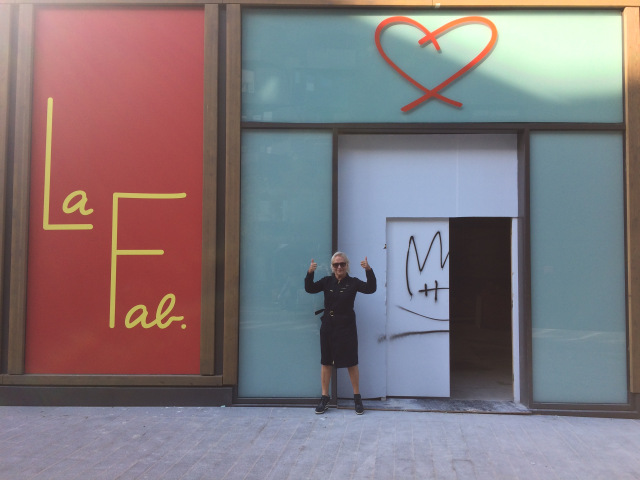 AGNÈS B GETS HER DUE: Agnes Trouble, the designer known simply as “agnès b.,” will be honored by La Maison Francaise of New York University at its annual gala.

As has been increasingly customary, the celebration will be a virtual one on May 26 at 5 p.m. The event will raise money for La Maison Francaise’s program of festivals, lectures, readings, concerts, art exhibits and other gatherings.

As a cross-cultural and intellectual exchange between the French-speaking world and the U.S., La Maison Francaise has welcomed thousands of creatives, literary, artistic, scholarly and political standouts for events, which are open to the public.

The fashion designer, who has long championed the arts in her ventures and through her stores, will be saluted by such authors and talents as Catherine Cusset, Camille Laurens, Scholastique Mukasonga, Chantal Thomass and Valerie Zenatti. There will also be performances by composer Olivier Glissant, pianist Jay Gottlieb, playwright Koffi Kwahulé and violinist Gabriel Richard.

The designer once said, “I have a life full of art, fashion, film, creativity: I love different things.”

Born in Versailles, the designer was introduced to art and music as a girl by her father. Her teenage ambitions were to become a curator. At 17, she wed the book publisher and cinema aficionado Christian Bourgois. The first initial of his last name helped to distinguish her label, when it debuted in 1973. The designer’s first store opened in 1976 in a former Parisian butcher shop.

They Are Wearing: Springtime Fashion in and New York, Los Angeles, and Austin

Her commitment to the arts was clear when she unveiled the Galerie du Jour in 1984. The outpost relocated and added a bookshop, La Librairie du Jour, in 1997. That coincided with the rollout of 100,000 free copies of “Point d’Ironie,” which she developed with artist Christian Boltanski and curator Hans Ulrich-Obrist.

The gallery and bookshop later joined La Fab in an Augustin Rosenstiehl of Agence SOA Architects-designed building that is open to all and pulls from her 5,000-plus pieces of art. Her philanthropic and social action efforts are also based there. The designer has also supported the scientific Fondation Tara Expeditions for 14 years.

Before New York’s SoHo neighborhood was a retail destination, Trouble was a forerunner by opening her first New York store on Prince Street in 1980. “I have always wanted to show people that clothes are something that you need and something you like, but they are not a final project. You get dressed in the morning and then there are other things that you are concerned with and many other problems that need to be taken care of,” she once told WWD.

05/12/2021 Fashion Comments Off on Agnès b. to Be Honored by La Maison Francaise of NYU
Recent Posts