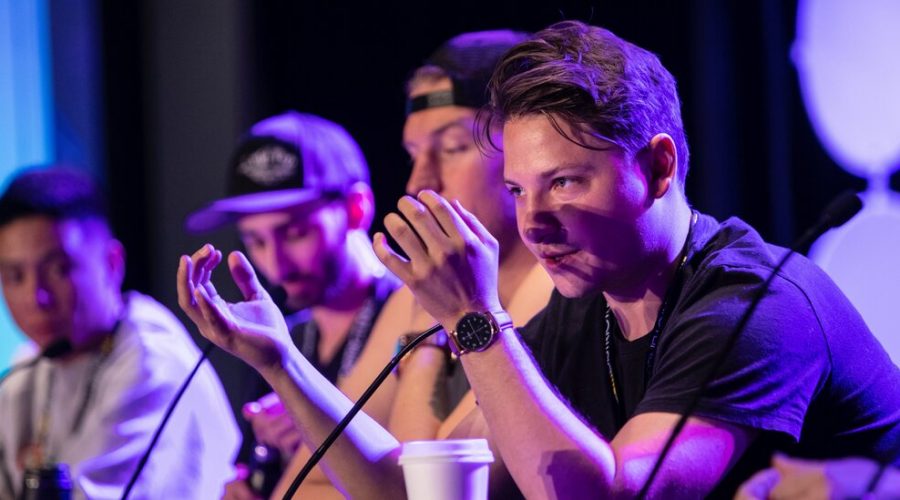 In a way, the acquisition is a reunion for Vine, the beloved six-second-video app that announced its shutdown in 2016. Dom Hofmann, the creator of Byte, was a founder of Vine; Brendon McNerney, a founder of Clash, is a former Vine star.

“This is a more an I.P. acquisition where we’re going to be taking over the community,” Mr. McNerney said. “In a few short months, we’re going to release Byte and Clash together as one product with monetization tools live for creators. The most important thing for us is to make sure both communities on both apps remain largely unchanged.” Mr. Hofmann will take on an advisory role with Clash.

When word leaked in 2017 that Mr. Hofmann was working on a new short-form video app, it was heralded as “Vine 2.0.” TikTok hadn’t yet arrived in the U.S., and there was clear hunger for bite-size entertainment.

In January 2020, Byte was released. The platform was a near clone of Vine: Users could upload short, looping videos to an audience of followers. Unlike Vine, certain metrics, like follower counts, were hidden. “Today we’re bringing back 6-second looping videos and a new community for people who love them,” the app announced on its launch day. The company also promised monetization for its creators, something that Vine had never quite cracked.

But by the time it arrived, the short-form video market had evolved. TikTok had become dominant, and its recommendation algorithm was far superior at serving content to users than Byte’s follower model.

Still, when news of a potential TikTok ban swirled last summer, Byte was able to cleave off some of TikTok’s user base. Downloads caused the app to rise to the top of the App Store, if only briefly. In the months since, Byte has struggled to retain that interest.

Mr. McNerney built Clash with the intention of focusing on monetization. Neither Byte nor Vine before it had ever been great at helping users make money.

“There’s no simple, productized way for creators who make video content to make money on a platform consistently,” Mr. McNerney said. “There’s no easy way outside of putting your Venmo in your bio or asking for money on an Instagram Live.”

Clash allows fans to tip influencers and pay them monthly subscription fees. Users can also monetize individual pieces of content. “If a person is busking on the corner in Silver Lake, someone can walk by and drop a dollar in their guitar case,” Mr. McNerney said. “In this case the video is the guitar case and someone can throw a dollar to that video.”

When the opportunity arose to purchase Byte in December, Mr. McNerney jumped. It felt to him like getting the Vine family back together again. “We could not be more excited to have Byte join the Clash family,” Mr. Hofmann said in an emailed statement. “Together, we will be able to put more power into the hands of creators so they’re able to focus on what they love without spending as much time worrying about how they’re going to make a living.” Karyn Spencer, who helped spearhead creator monetization efforts at Vine, is also an adviser to Clash.

Clash is not the only platform seeking to help influencers make money off their followings. Spurred by Patreon’s billion-dollar valuation and the rise of TikTok, the influencer economy has finally caught the eye of Silicon Valley investors. In October, Stir, an online platform that helps creators monetize and run their businesses, raised $4 million from big names in the social space including Jack Conte, the chief executive of Patreon, Chad Hurley, a co-founder of YouTube, and Casey Neistat, the YouTuber.

Clash, too, is taking on a new round of investment led by Seven Seven Six, the new investment fund of Alexis Ohanian, the Reddit co-founder, with additional funding from M13 Ventures and Plug and Play.

“If you’ve been watching the creator space a while you’ve seen this growing steadily for years but then it rocketed forward,” Mr. Ohanian said. “There’s a lot of tools that need to be built, and I think this is the platform to do it. If we can create more ways for more people to make a living creating content, that’s a good thing for everyone.”