A study of 2,000 mums and dads with kids aged three to 16 found that the vast majority believed that they'd given their cold to their kid – with dads being the worst offenders. 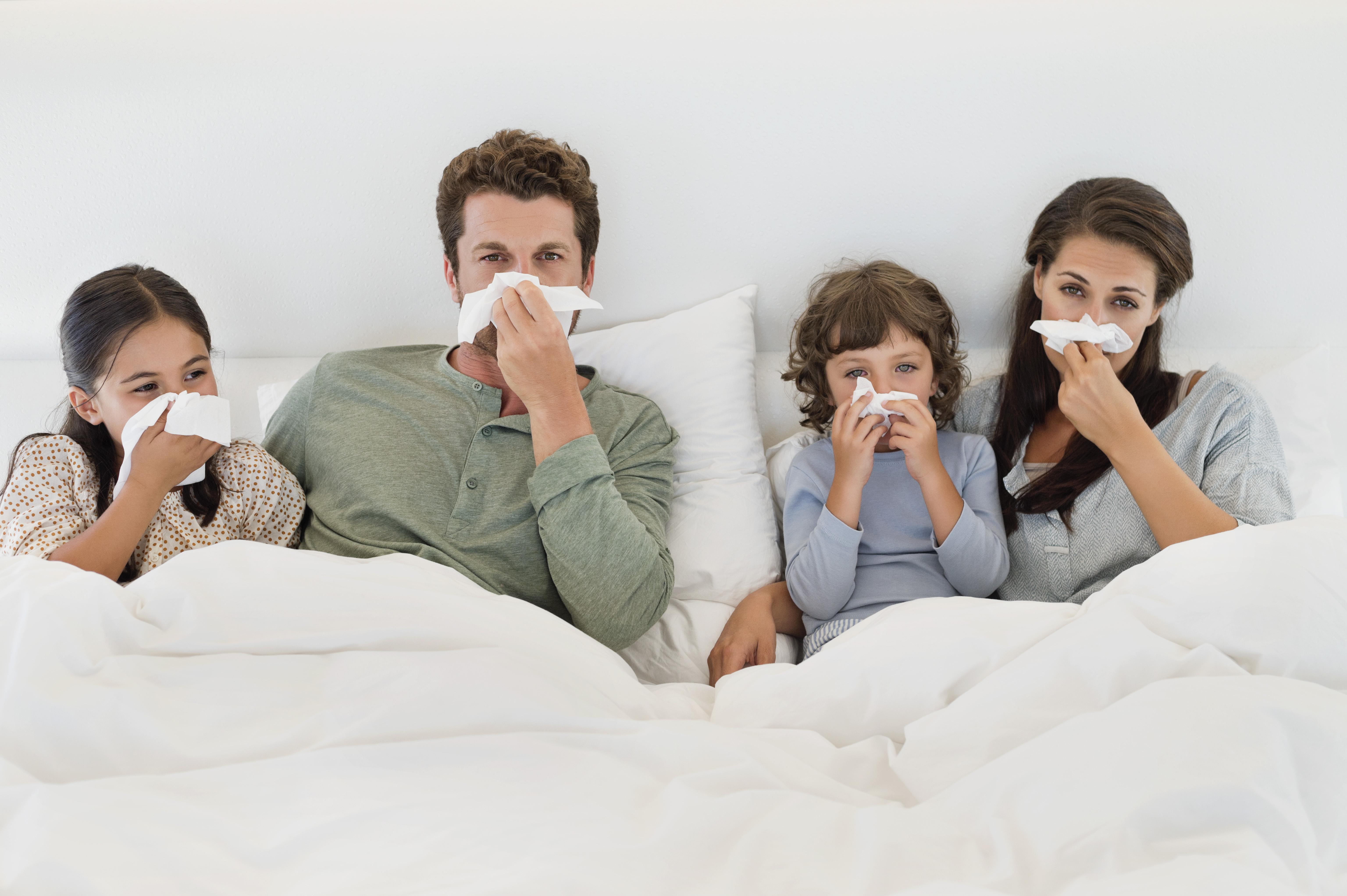 In a bid to curb infection, winter bugs are to blame for parents enjoying less time cuddling their offspring.

The research, commissioned by Olbas, revealed that in order to avoid catching viruses, nearly half of parents make a deliberate effort to avoid having physical contact with their children.

Disturbingly, the study found that a fifth of children never cover their mouth when sneezing, blasting germs out with each explosion, and when they do cover their mouths, they sneeze straight into the palms – spreading the germs every time they touch something.

“Children can catch colds from siblings, parents, other family members, and playmates – and there are definite trends depending on the child’s age and lifestyle," said Dr Roger Henderson, GP and Olbas expert. 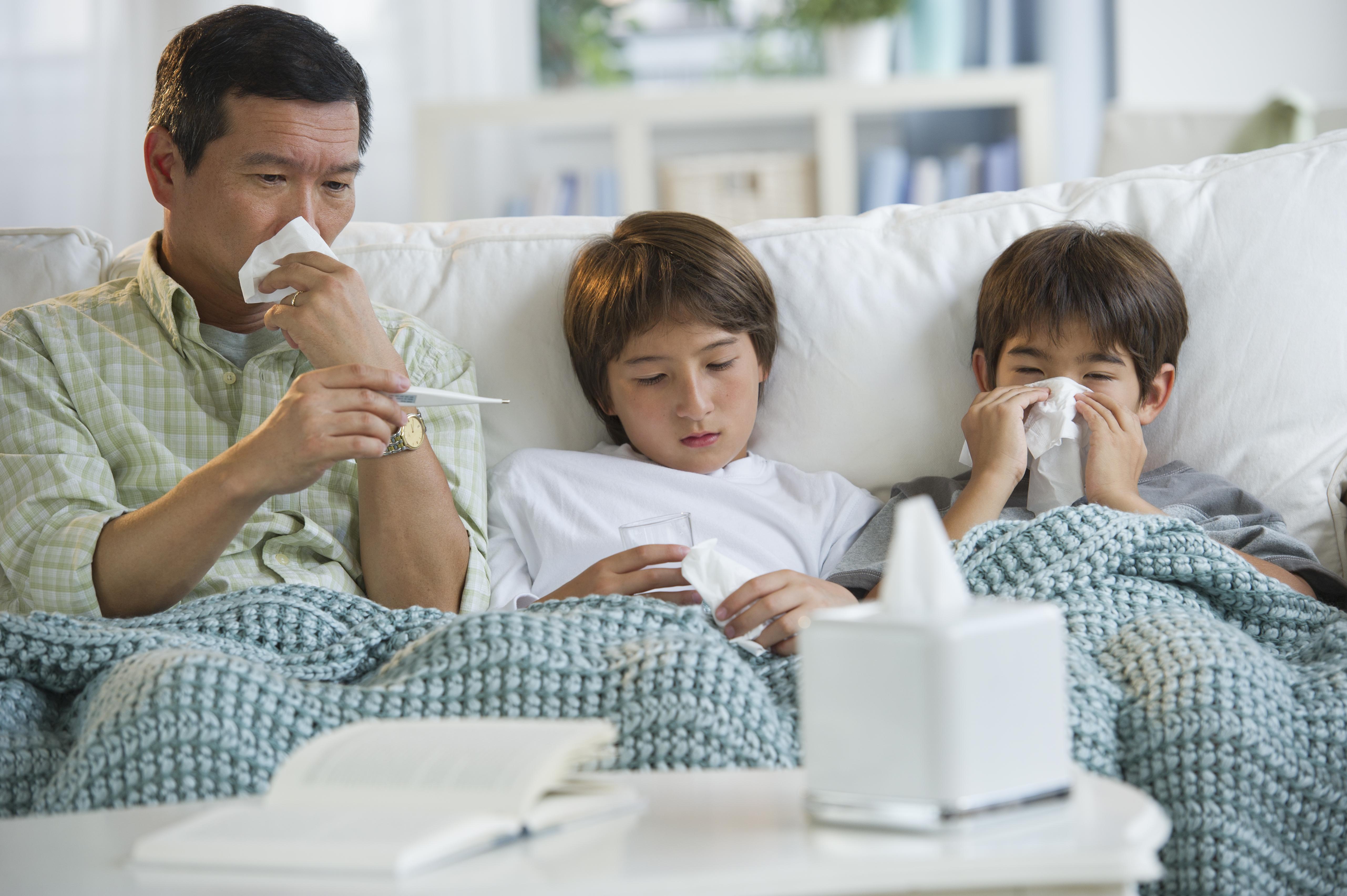 “In general, children with older siblings and those who attend nursery seem to have more colds than older children.

“Children get fewer colds as they get older and usually by the time they start school, children who attended pre-school day-care will have fewer colds than children who did not because of their exposure to the cold virus.”

When it comes to parents, a quarter of those surveyed believed that they were currently working with the person who gave them the cold in the first place.

21 per cent believe that they've caught a cold on their work commute.

• Give out gold stars: To encourage your children wash their hands with soap and water regularly, a star chart and incentivising rewards can really help.
• Sharing isn’t caring: Think about using paper towels rather than using shared hand towels which can be a hotbed for bacteria and viruses. Make sure every member of the family has their own bath or shower towel and don’t allow the sharing of utensils or cups either.
• Show a little empathy: Allow a sick family member off doing the washing up or cooking to prevent them passing on their cold.
• Ban the hanky: Use disposable tissues rather than handkerchiefs. Make sure these are disposed of as soon as they are used, including during the night. Put a small waste basket next to a sick child so they can put used tissues into it and empty it regularly. • Disinfect those toys. Clean toys with disinfecting wipes or temporarily limit specific toys to your unwell child to avoid the spread from sibling to sibling.
• Elbow, not hand: Cough or sneeze into your elbow. Colds are spread by droplets so encourage your children to do this to help prevent the spread of germs.
• Open those windows: Remember to keep the house well ventilated. The more fresh air the better.
• Stay hydrated: Make sure everyone in the house drinks lots of fluids, even if they are not suffering with a cold, to keep their immune system fighting fit.

Obviously, children are super-spreaders of bugs too, with one in three parents admitting to trying to stop their kids from playing with a cold-prone playmate.

Once a winter lurgy infiltrates the family home, it takes British families an average of two entire weeks before every member has caught and recovered from the symptoms.

Children are more likely to have colds than their parents, with the average adult having three colds a year and younger children suffering an average of four.

Dr Henderson added: “If you want to avoid contracting – or spreading – a cold, strict hand hygiene is crucial.

''Sneeze into a disposable tissue and throw it away, wash your hands regularly or use sanitizing gel, avoid intimate contact, and when you do wash your hands, do it thoroughly.

“Use soap and water and scrub for a minimum of 20 seconds. When you're not near a sink, a hand sanitizer that’s at least 60 per cent alcohol is a good substitute.

When the dreaded family cold does strike, using a gentle yet effective Olbas decongestant can help soothe stuffy noses and offer relief to families across the UK.”