But in other parts of the world, typical yuletide celebrations can be a touch on the unusual side. Here we've rounded up 19 of the strangest Christmas traditions from across the globe… If you misbehave as a child in the run-up to Christmas in this country, the worst you can expect is a lump of coal in your stocking.

But if you're a kid in Krampus territory, be afraid.

The horned figure, often described as half-goat, half-demon, apparently preys on naughty youngsters on the evening of December 5, armed with rusty chains and bells.

He's so creepy he was banned in Austria in the 1930s for being too, well, terrifying. 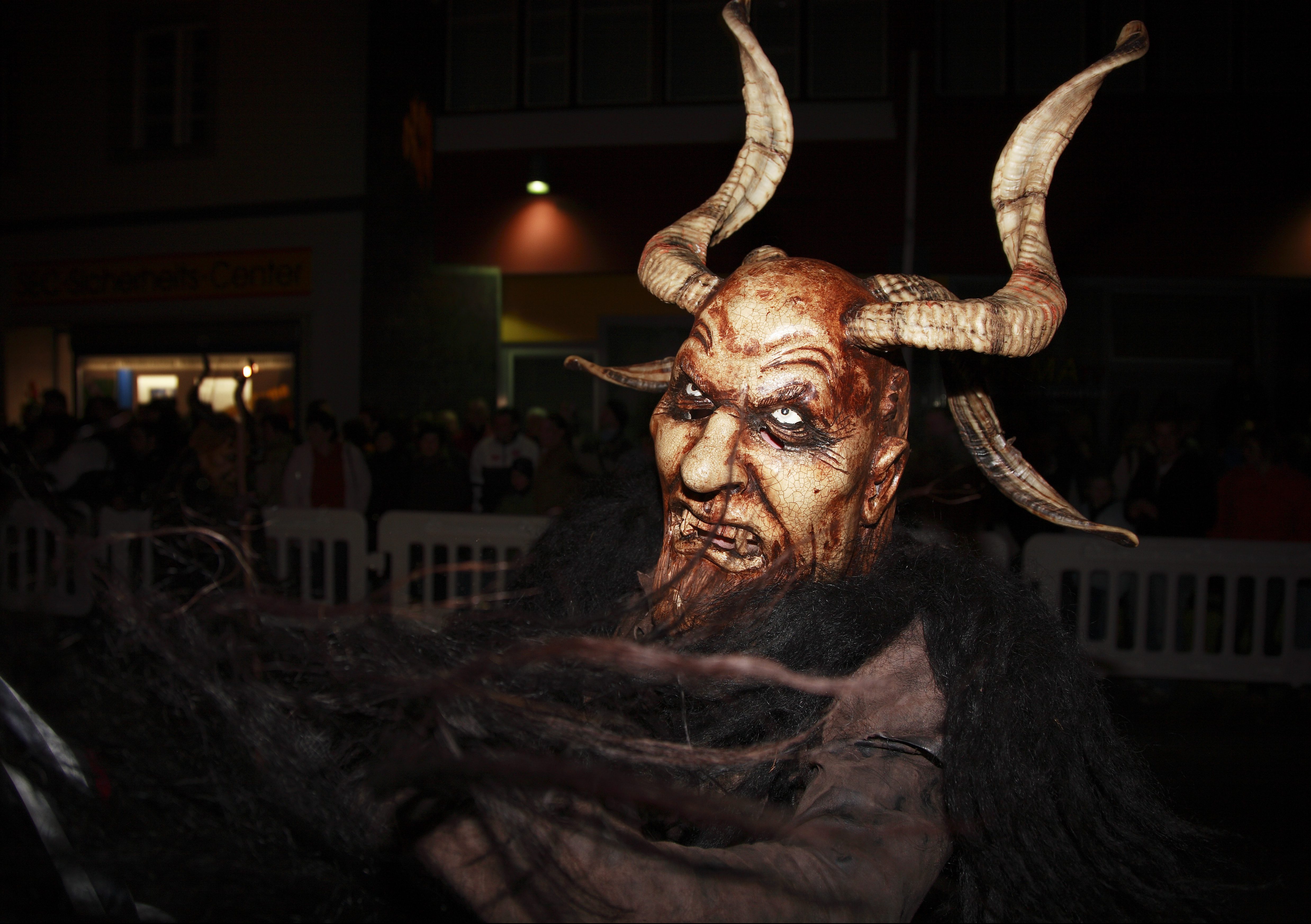 We all know three wise men visited the baby Jesus – but in Catalan tradition there's an extra chap on the scene (though his gift leaves a lot to be desired).

The man in question is a Caganer – a charming figurine of a peasant man wearing the Catalan red cap with his trousers down taking a poo.

The Catalonians' obsession with festive defecating doesn't stop there – there's also the Caga Tio, a "pooping" wooden log (pardon the pun) with a painted face and two front legs.

It appears in homes on December 8 every year and is 'fed' by children until Christmas Day, where it's beaten up and 'poops' out presents, which are usually the goodies it's 'consumed'.

Hunt the Wren – The Isle of Man

If you go out for an afternoon stroll on Boxing Day in the Isle of Man, you may come across a gang of men and women singing and banging sticks.

Don't panic – this is the centuries old Celtic tradition of Hunt the Wren.

Originally it was quite a blood thirsty ritual, where gangs would scour the countryside looking for the tiny "sacred" bird to trap and kill it as a sacrifice, before it was plucked and buried in the local church with much pomp and ceremony. 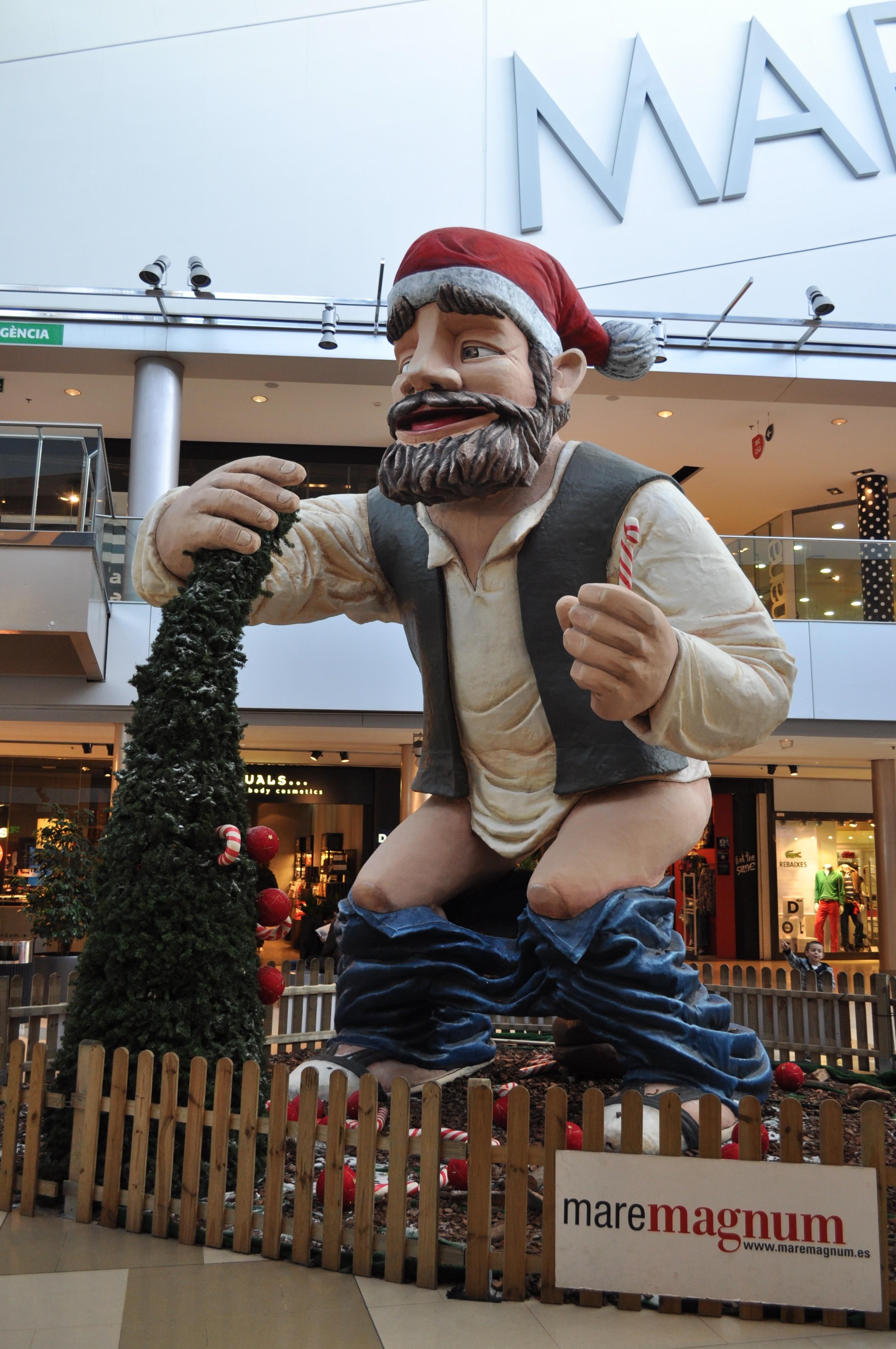 These days it's a more humane affair, with the wren represented by an artificial bird which is the centrepiece for a "bush" – two wooden hoops placed on top of a pole, covered with ribbons and evergreens – which is carried from house to house.

One theory as to why the wren is targeted for 'revenge' is that it's the reincarnation of an enchantress who lured Manx men to their deaths.

Before you ask, this isn't buying a turkey on sell-by the previous year and cooking it up when it's way out of date.

The mouldy bird "delicacy" in Greenland is called Kiviak.

It's made with a small bird called an auk which has been preserved in the hollowed-out body of a seal, buried for several months, and then eaten once it's decomposed. Mmm.

Another treat on the menu is mattak, made from the skin and blubber of a whale and usually eaten raw – though sometimes it's deep-fried and munched on with soy sauce.

The Ukranian custom of adorning your Christmas tree with a fake spider and web is believed to bring good luck and stems from an old wive's tale about a poor woman who couldn't afford decorations.

The story goes, she woke up the next morning to find a spider had covered it in a glittering web. In the capital there's a 'wheelly' fun tradition which involves pretty much the entire city roller skating to early morning church services throughout the Christmas period.

They even close the roads off specially to allow for the unconventional commute.

According to Hispanic Culture Online, children are put to bed earlier than normal the night before to give them enough strength to wake up and attend the Mass.

Afterwards, those who attended apparently all go out, eat tostados and drink coffee. 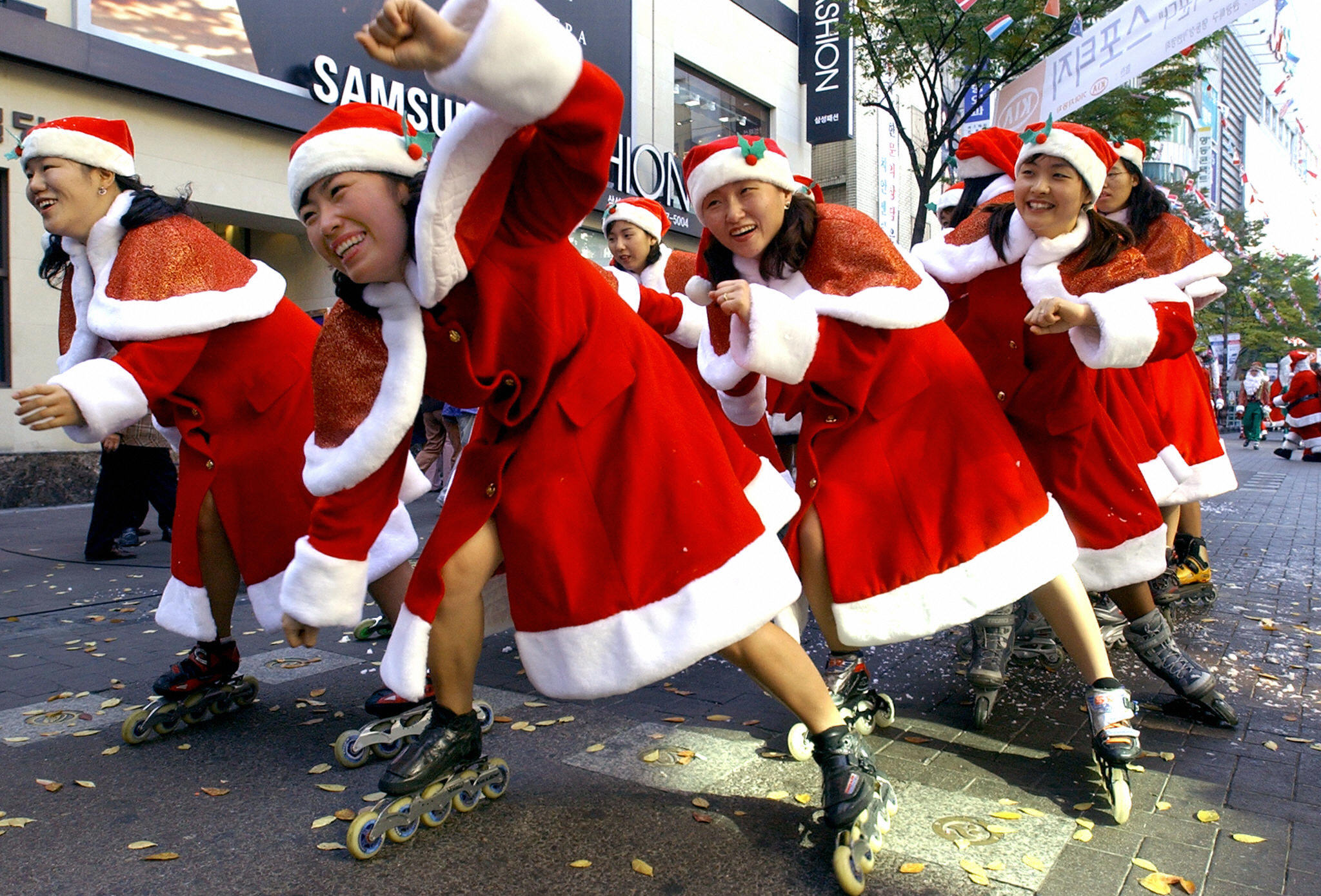 Apparently the night is renowned as a prime broom-joyriding time for evil witches and spirits, who may help themselves if yours isn't hidden from sight.

Traditionally families squirrel away their brooms before they go to bed.

German children leave a shoe outside the house on December 5th which is then filled with sweets overnight.

Naughty children awake to find a tree branch in the shoe instead!

You'd better hope you're the one with nine lives if you come into contact with this furious feline while when you're not looking your best.

The Jólakötturinn, or Yule Cat, is a monster from Icelandic folklore who lurks in the snow and eats people who are wearing scruffy clothes.

Apparently the pussy dates back to medieval times and was a way to motivate wool workers during autumn, ahead of the chilly Scandinavian winter.

If you worked hard, you got new clothes – if you didn't, risk the wrath of the Yule Cat. 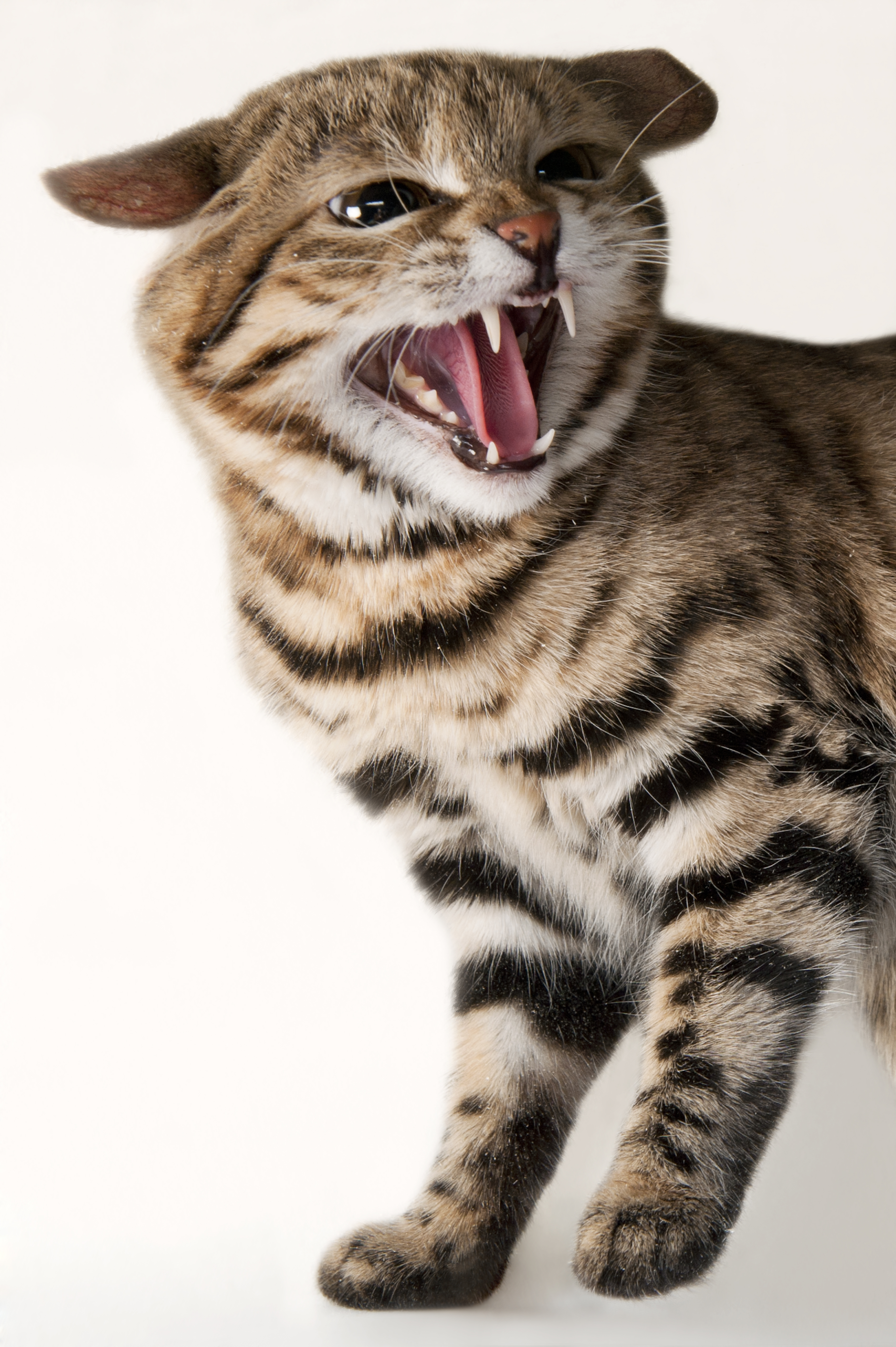 Why not take a leaf out of Czech womens' books and try this clever trick to see what lies in store for your love life in the coming year?

Standing with their backs to their front doors, unmarried ladies toss their shoes over their shoulders.

If one lands with its toe pointing towards the door, the woman will supposedly get married within the next 12 months.

Night of the radishes – Mexico

Mmm, who doesn't love a nice juicy radish with their Christmas lunch?

The Night of the Radishes (Noche de Rábanos in Spanish) is an annual event held in the city of Oaxaca, Mexico, where people carve oversized radishes into scenes, with the best ones receiving prizes.

The contest now attracts more than 100 competitors and thousands of visitors. 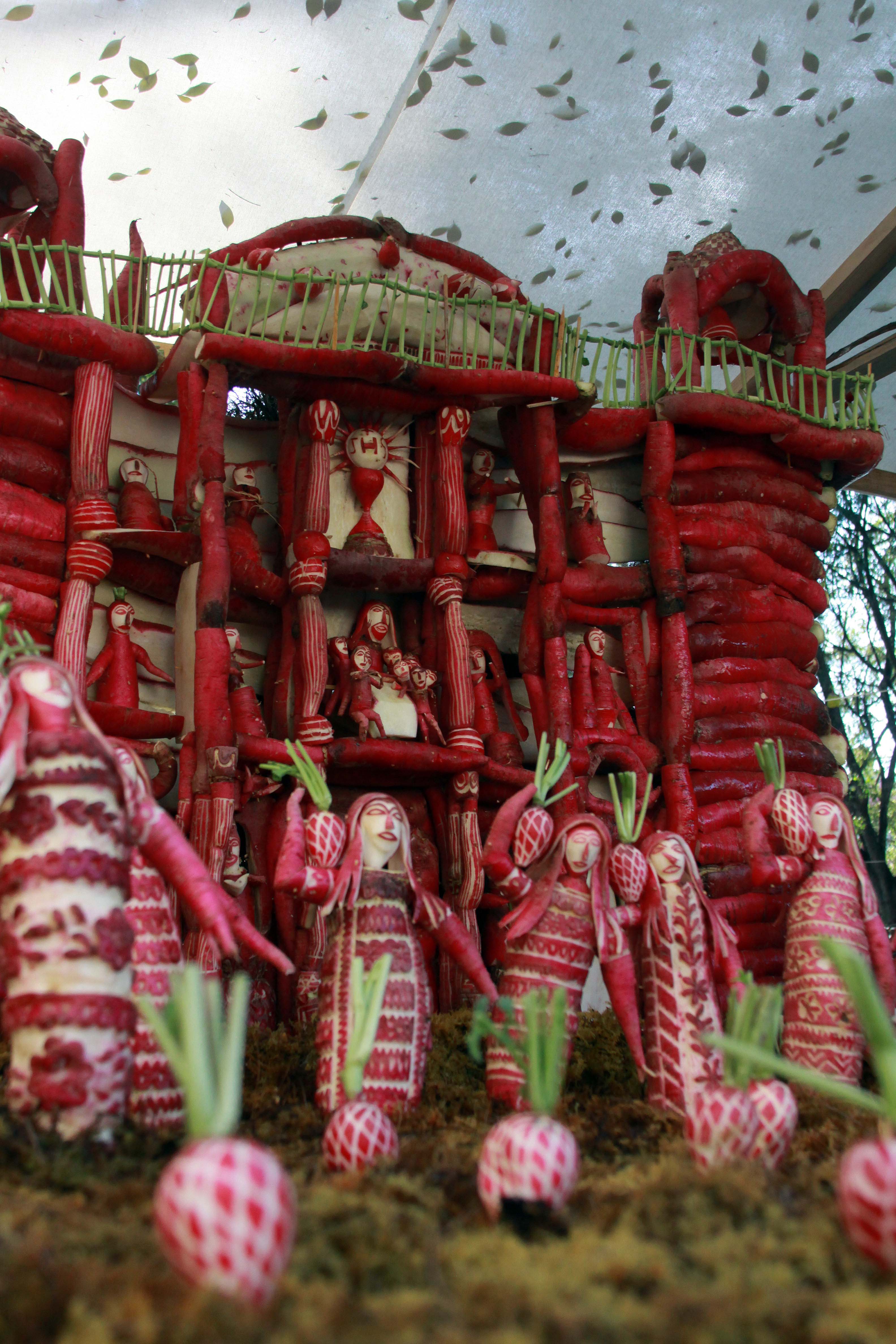 It may sound like the latest offering from the team behind the film Pride and Prejudice and Zombies, but this is a genuine Christmas tradition in the American state.

Since 2010 Arizona's Scottsdale Gun Club has hosted what may well be the oddest selfie opportunity of the holiday season – a snap of you with jolly Santa, and an AK-47.

"Some choose to do it with Santa at the mall, others in front of their tree.

"Our members and customers like to do it with 'Santa and Machine Guns'."

Christmas isn’t a national holiday in Japan, but when a group of foreigners tried and failed to find turkey in the country on Christmas Day and opted for chicken instead, KFC saw a gap in the market. OK, so this is actually a New Year tradition, but that's still covered in the 12 days of Christmas.

It's a Spanish ritual to wear red undies on the last night of the year in order to bring you good luck.

Here it's tradition to run through the streets wearing nothing but your scarlet lingerie – and probably a red face to match.

It's a very old Christmas Eve tradition in Germany to hide a pickle (of the ornament variety) in the branches of the Christmas tree.

In the morning, the child who finds it first gets a special gift from Santa, while the first adult traditionally gets good luck for the coming year. Rather than pass around the cheese board on Christmas Day, South Africans choose to snack on caterpillars from the Emperor moth.

Although it sounds like a Bushtucker trial, they do at least deep-fry them first.

This sounds like something out of Hamlet, but it's a Christmas tradition in some Welsh villages to parade through the streets bearing the skull of a mare on the end of a stick.

The ancient custom is called the Mari Lwyd and is used to mark the passing of the darkest days of midwinter.

How cool is this?

Any letters received bearing this address are not only opened – they're also replied to! 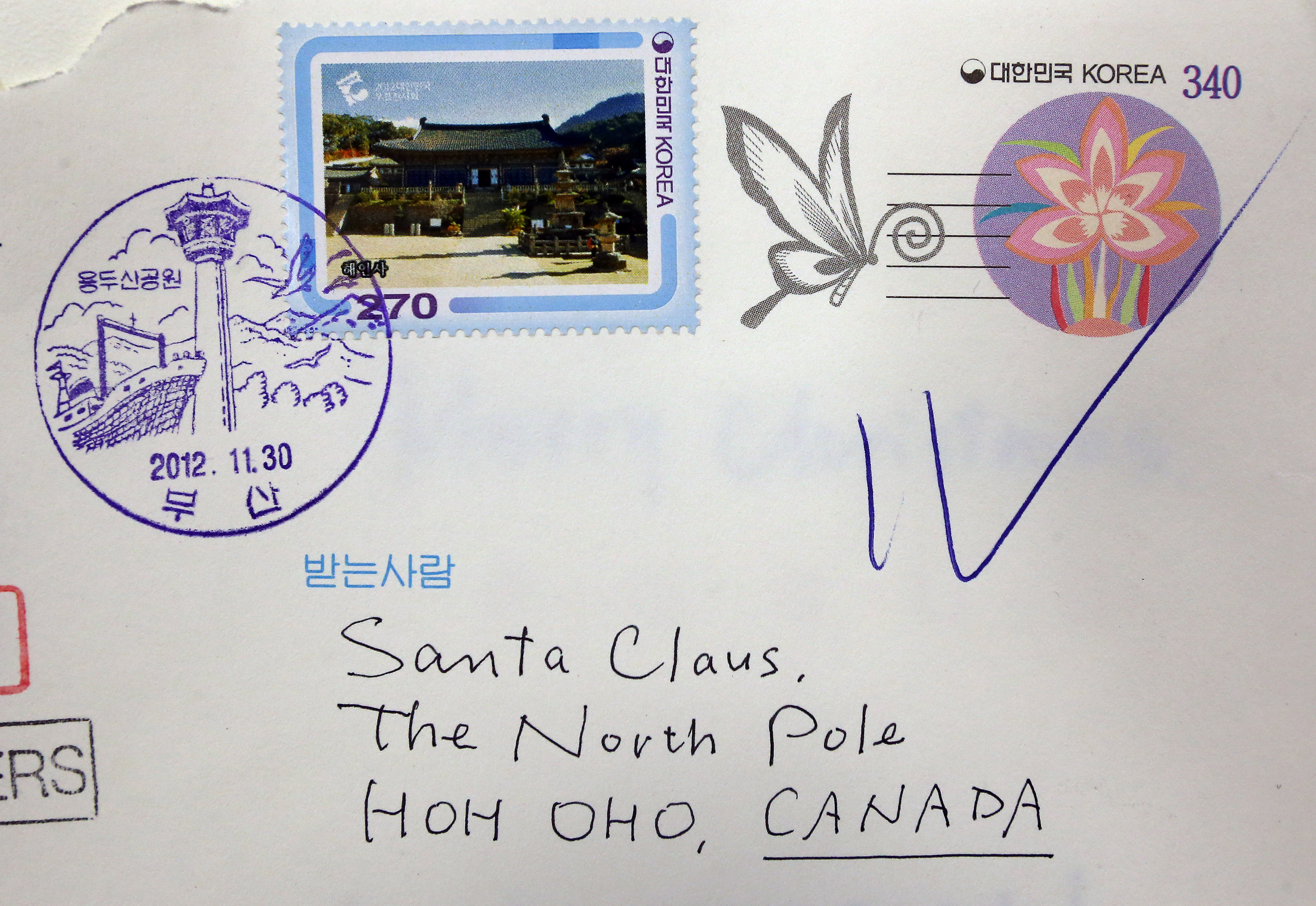 While a sixpence in the pudding is a good luck token in Britain, Slovakia has a much messier tradition regarding dessert to secure future happiness.

It's tradition for the man of the house to hurl a spoonful of traditional loksa (made from poppy seeds, honey, milk and bread) at the ceiling.

The more that sticks, the better your luck.