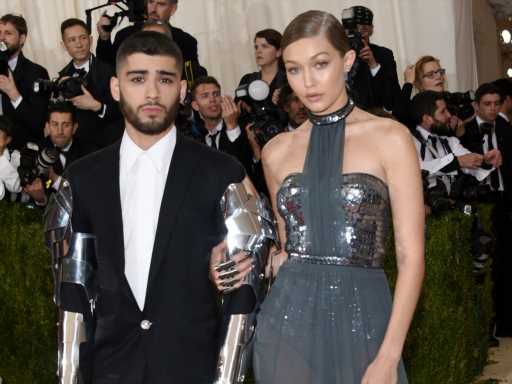 Zayn Malik’s sad Instagram post four days ago might have been an indication that something was up in his personal life. By Thursday afternoon, the public was let in on a situation happening behind the scenes involving the former One Direction singer and girlfriend Gigi Hadid’s mother, Yolanda Foster — and the subsequent breakup of the couple after the alleged incident.

According to court documents, obtained by TMZ, Foster and Malik had an altercation that turned violent in the hands of the “Pillowtalk” singer on Sept. 29 at the couple’s home in Pennsylvania. Hadid was working in Paris when the incident happened, but the police report details an angry Malik, who allegedly called Foster a “f***ing Dutch slut” while also demanding that she “stay away from [my] f***ing daughter.” And if that wasn’t enough, things devolved into the singer stating, “the f***ing sperm that came out of [my] f***ing c***” and then he allegedly “shoved her [Yolanda] into a dresser causing mental anguish and physical pain.”

His anger was also directed at Hadid over the phone as he reportedly told her to “strap on some f***ing balls and defend your partner against your f***ing mother in my house.” Foster was not alone in the home with Malik when all of this occurred, she had brought a security guard, whom the singer tried to fight at one point, according to the documents. For the situation to have escalated to this heated and scary moment indicates that there might have been trouble brewing for a while. Did Foster travel from New York City to Pennsylvania with a bodyguard at Hadid’s request? Were there some concerns over the well-being of one-year-old baby Khai? These questions have yet to be answered, but the criminal charges of harassment that Malik pled no contest to speak volumes.

According to ET, the performer is on probation for all four counts at a penalty of 90 days for each charge, totaling 360 days. He also must attend and complete an anger management class and a domestic violence program as well as have no contact with Foster or the security guard. The judge also has the ability to remove him from probation if all conditions are satisfactorily met within six months. Malik has denied the allegations to ET stating, “I adamantly deny striking Yolanda Hadid and for the sake of my daughter I decline to give any further details and I hope that Yolanda will reconsider her false allegations and move towards healing these family issues in private.”

He also took to Twitter to defend himself against the charges in hopes of restoring “a peaceful family environment.” “I agreed to not contest claims arising from an argument I had with a family member of my partner’s who entered our home while my partner was away several weeks ago,” he wrote. “This was and still should be a private matter, but it seems for now there is divisiveness and despite my efforts to restore us to a peaceful family environment that will allow for me to co-parent my daughter in a manner in which she deserves, this has been ‘leaked’ to the press. I am hopeful though for healing for all involved with the harsh words shared and more importantly, I remain vigilant to protect Khai and give her the privacy she deserves.”

As for Hadid, she kept her statement simple, via her representative, to E! News, stating, “Gigi is solely focused on the best for Khai. She asks for privacy during this time.”

SheKnows reached out to Malik’s representative for a statement.