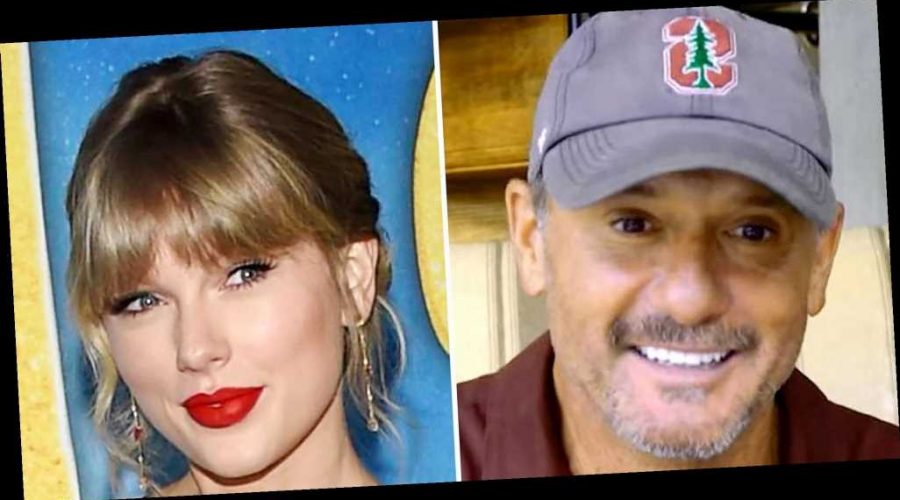 No hard feelings! Tim McGraw was a little nervous when he found out that he was the inspiration behind Taylor Swift‘s first single from her debut self-titled album.

Swift, 31, released her single “Tim McGraw” in June 2006 and quickly skyrocketed to the top of the country music charts. At the time, McGraw, 53, felt “a little apprehensive” about his name being used in the track when he first heard it.

“I mean, I thought it was a good song. … Then I thought, ‘Have I gotten to that age now to where they’re singing songs about me? Does that mean I’ve jumped the shark a bit? Is everything still cool?’” he joked during a candid interview with Apple Music’s Alecia Davis on Tuesday, January 19, more than a decade after Swift’s song dropped. “And then I realized that somebody had told me that she was in her seventh-grade math class when she wrote the song, so it made me feel a little bit better about that because she was so young writing it. So I didn’t feel like I was that terribly old.”

The “Delicate” songstress and Keith Urban later collaborated with McGraw on his 2013 track “Highway Don’t Care.” Several years later, Swift opened for McGraw and his wife, Faith Hill, on their Soul2Soul tour.

“It was incredible. It was just her and her guitar and one other person. Just two people, her and another guy playing,” the Louisiana native recalled. “I’m a big fan of Taylor’s. I think that she has just such a unique way of connecting with her audience and her songwriting ability and her intuition is just so incredible. … I just think she’s one of the greatest artists to come along in a long time.”

After her 2006 album, Swift went on to shift her sound from country to pop, following up with Fearless in 2008, Speak Now in 2010, Red in 2012 and 1989 in 2014. Her 2017 record, Reputation, leaned heavily into an electronic sound. With her next two albums — 2019’s Lover and 2020’s Folklore — the Grammy winner fell back into her singer-songwriter roots. Shortly before celebrating her 31st birthday, Swift surprised her fans with the release of her ninth record, Evermore.

“To put it plainly, we just couldn’t stop writing songs. To try and put it more poetically, it feels like we were standing on the edge of the folklorian woods and had a choice: to turn and go back or to travel further into the forest of this music. We chose to wander deeper in,” she wrote of her ninth studio album in December 2020.

Evermore expanded the stories explored in its “sister record,” Folklore. “I’ve never done this before. In the past, I’ve always treated albums as one-off eras and moved onto planning the next one after an album was released,” Swift wrote at the time. “There was something different with folklore. In making it, I felt less like I was departing and more like I was returning. … I loved the ways you welcomed the dreamscapes and tragedies and epic tales of love lost and found into your lives. So I just kept writing them.”