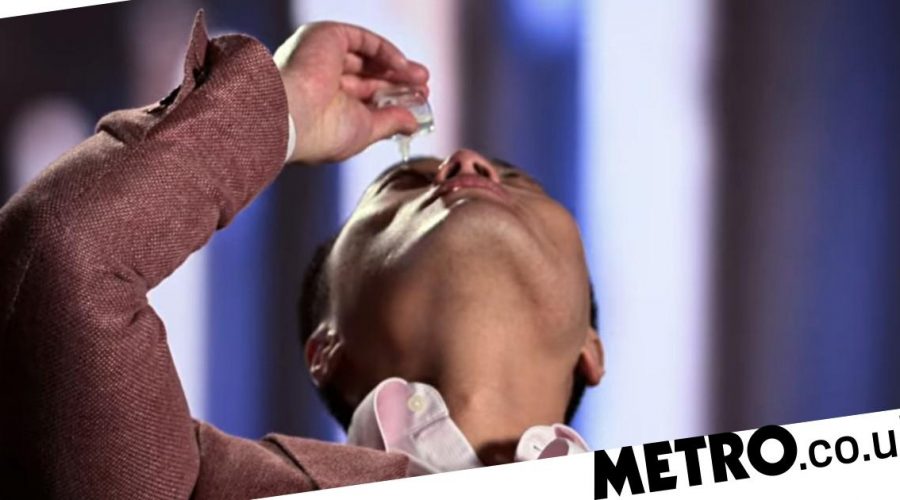 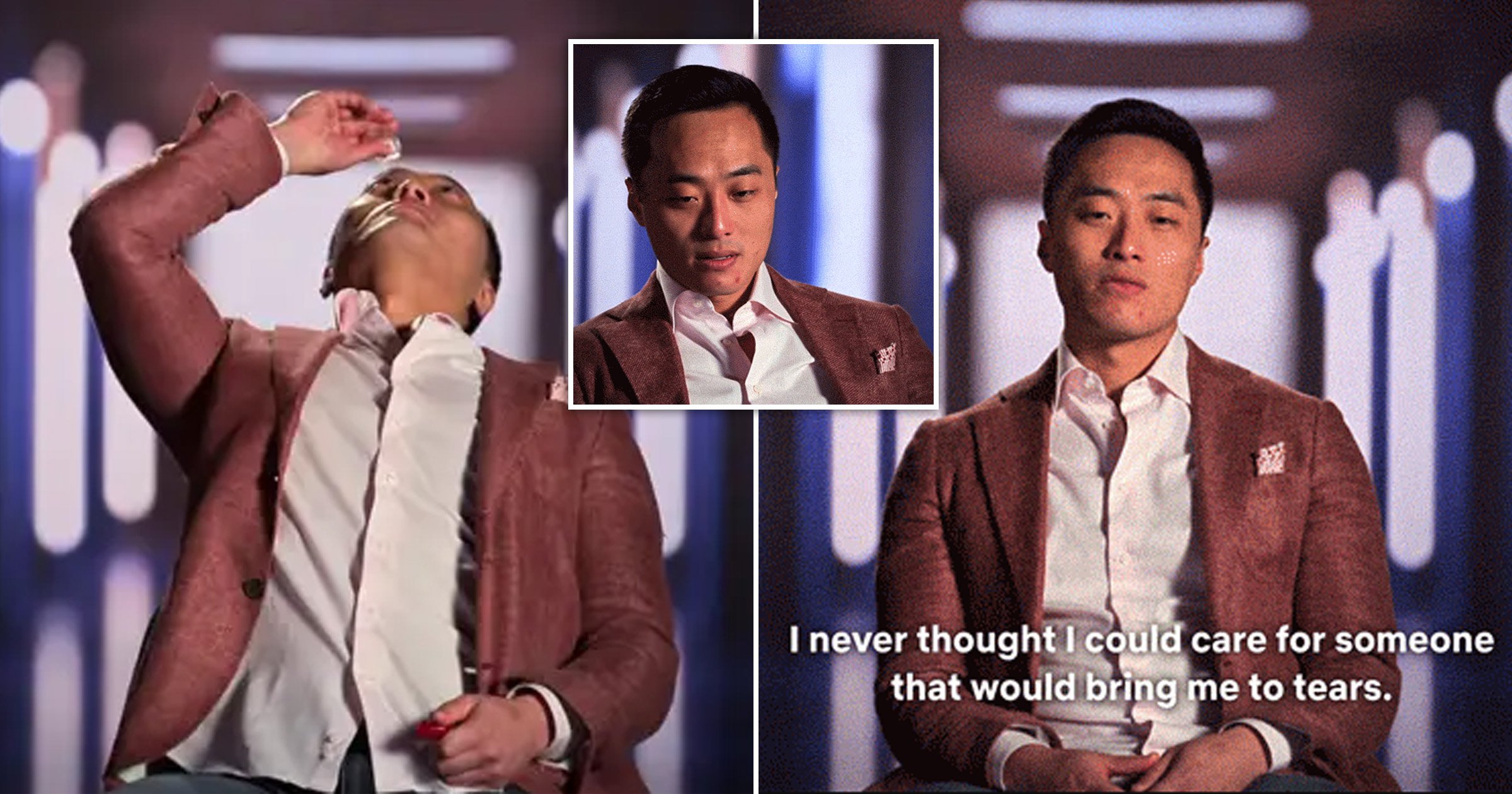 Love is Blind’s Andrew Liu’s hysterical moment when he used eyedrops to create fake tears just had to stay in the final cut, according to the show’s head-honcho.

While seeing people form connections before even setting eyes on each other is the focus of Love Is Blind, the motivations of Andrew have seen him under the spotlight after fans questioned his sincerity.

Although sparks initially flew between the wildlife photographer and speech pathologist Nancy Rodriguez, she ended things when she decided to pursue a relationship with another contestant, accountant Bartiste Bowden.

Now one of the creators, Kinetic Content’s chief executive Chris Coelen admitted that he thinks the tears were put on and subsequently it was important to keep that footage in.

While he didn’t explicitly express his opinion, he told Variety it was his ‘impression’ that it was all for show.

Questioned about the decision to break the fourth wall completely and show Andrew asking producers if they were ‘rolling’ before he put the eye drops in and then started ‘crying’ before speaking about how heartbroken he was, Coelen said pulling the curtain back allowed for authenticity for audiences in that moment.

‘We try to just set the mechanism up so that they can live their authentic stories and then we try to incorporate — to the best of our ability — the authenticity of those stories onto the show that we ultimately put out on Netflix,’ he said.

‘Andrew obviously was a crucial character in Nancy’s story. We wanted to show the essence of who he is.’

In the control room when the proposal had been rejected, Coelen said that watching what unfolded was ‘jaw-dropping’.

‘I cannot believe he’s doing that. I mean, that’s insane,’ he recalled.

‘But I think it was very revealing in in the moment as to maybe maybe his motivations in that particular moment.

‘Obviously I’m not speaking for him. I don’t speak for him, but we put it out there as it happened.’

Thankfully, Andrew seems to have taken being exposed in his stride.

Last week he shared the clip of him putting the drops in on Instagram, captioning the story with ‘could have at least edited out the pimple, guys’ and yesterday responding to a fan who defended the idea that maybe his eyes were just dry

Love is Blind is streaming on Netflix. The next three episodes will be released on November 2, with the finale and the reunion dropping on November 9.