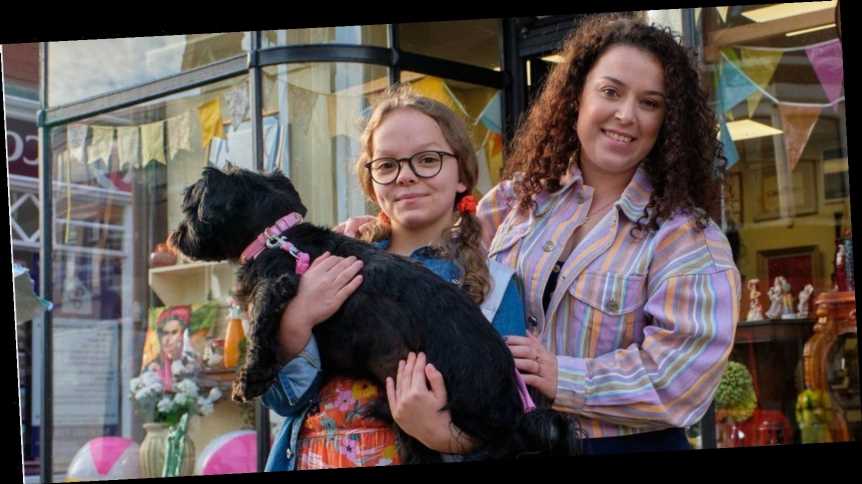 The new My Mum Tracy Beaker series started on CBBC last night, and adults across the nation can’t stop talking about it.

It’s likely that most millennials reading this know (and love) the name Tracy Beaker. She was of course created by children’s author Jacqueline Wilson for The Story of Tracy Beaker books in the 90s.

They followed strong-minded, no-nonsense, know-it-all Tracy, who lived in a care home (which she called the “dumping ground”) and forever dreamed of her mum coming to visit. Her wild and creative imagination always helped get her through, even if it did also often get her into trouble.

Like most of Wilson’s beloved books, it was heartwarming, funny and thoughtfully explored social issues that affect so many young people.

Jacqueline Wilson: 7 brilliant (but brutal) books to reread as an adult

Tracy’s popularity led to her getting a CBBC show in 2002, with Dani Harmer stepping into her bossy shoes and Montanna Thompson playing her equally strong-willed frenemy Justine Littlewood. It was such a hit that grime artist Stormzy recently paid homage to it by sampling the theme tune in one of his songs.

Harmer returned as Beaker in three series of Tracy Beaker Returns, which ran from 2010 to 2012. And now, 19 years after she first played the iconic role, Harmer has come back once more for a new three-part series called My Mum Tracy Beaker.

The new series follows 30-something Tracy and her daughter, Jess, who is played by Emma Maggie Davies. Their lives are drastically changed with the arrival of Tracy’s new boyfriend Sean Godfrey (Jordan Duvigneau).

The first episode was released on CBBC last night (Friday 12 February), with all three episodes now available on BBC iPlayer, and the response on social media proves that adults and children across the nation tuned in to catch up with one of their favourite literary characters on the screen…

“I don’t get it, are we all watching Tracy Beaker like it’s Love Island then?” asked one viewer who can’t quite believe we’re all watching a children’s show on a Friday night in lockdown.

“I can’t wait for us all in our mid to late 20s that we are ALL going to be watching My Mum Tracy Beaker on. What a time to be alive,” echoed another fan.

Celebrating the nostalgic experience, another viewer tweeted: “Yes I am sat in bed at 5pm on a Friday watching the new Tracy Beaker like I used to every week when I was nine. Literally what about it?”

“Shamelessly binge-watching My Mum Tracy Beaker. Life is good! Ten year old me would be very happy!” said a fan who also shared the most perfect “bog off” GIF from the original series.

And this fan made a very good case for why the series deserves more: “My Mum Tracy Beaker should [have] been on BBC 1. This is not for the kids. It’s for us old Tracy Beaker fans.”

The reaction just goes to show that, in times like this, a bit of nostalgia might just be what we need to help get through it all.