Charities and donors are facing a holiday season like no other. But they have come up with solutions. 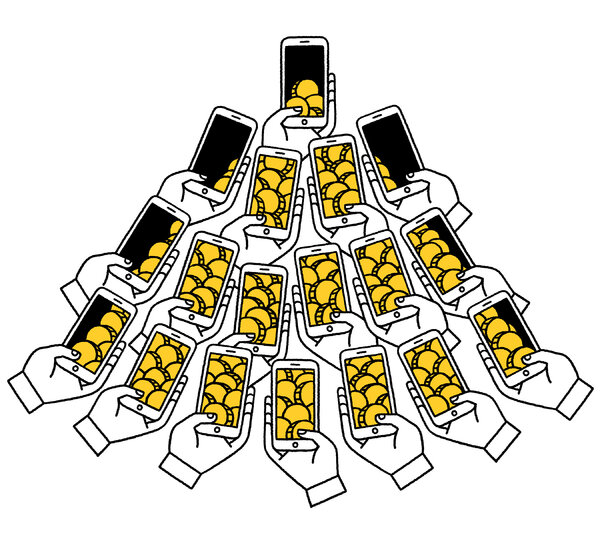 Talk to the staff members of charitable organizations these days and they will tell you they have never seen a year like 2020, with the Covid-19 pandemic and the hardships it has wrought. Millions of Americans are out of work or newly living in poverty and many others are socially isolated, creating a greater-than-ever demand for services. Kenneth Hodder, the national commander of the Salvation Army, described the present moment as “a tsunami of human need” in a telephone interview.

And yet many charities have had their normal operations disrupted by the pandemic, creating a dramatic mismatch between that need and the ability to fill it. People who gave money in years past may not have the financial means to do so this year. Organizations that provide direct, in-person services, like food banks and homeless shelters, are just as reliant on volunteers despite public concerns about the coronavirus.

This is the time of year when people traditionally donate to toy drives, food banks and other favored charities or give their time as volunteers. And for many charities, the money raised in November and December is the major part of their budgets for the following year.

In many cases, the organizations are continuing to try to fill people’s needs. Toys for Tots drop-off bins can still be found at participating locations. Soup kitchens, food pantries and faith-based organizations will be serving Christmas dinners. Goodwill’s more than 3,300 stores across North America are, with rare exceptions, accepting donations and open for shopping.

Others have taken their work online. Soldier’s Angels, a nonprofit that works with members of the military and veterans, has been holding virtual baby showers for spouses of deployed service members as a part of its “Baby Brigade” program. Public libraries are holding research and informational conversations over Twitter. And mentoring through Big Brothers Big Sisters continues to happen, now over videoconference in many places.

“Nonprofits are doing an amazing job not only of innovating but adhering to C.D.C. guidelines,” of social distancing, said Laura Plato, the chief solutions officer of VolunteerMatch, which connects volunteers with nonprofits across the country. “We’ve really leaned in to the virtual and hybrid side of things.”

For those who want to give back during the pandemic, here’s how some charities are handling the holiday season.

Donate with QR codes, not coins.

This holiday season, the Salvation Army’s most visible time of year, bell ringers will be out on the sidewalks, but many businesses are temporarily closed, and stay-at-home orders and concerns about the virus have sharply reduced foot traffic. Mr. Hodder, the national commander, estimates that kettle donations could drop by much as $60 million.

“If we do not reach the American public at Christmas, our ability to help people is in danger,” he said.

To make it easier to give, the Salvation Army has placed Google Pay, Apple Pay and QR codes on red kettles nationwide to facilitate contactless payments. You can scan your smartphone rather than dropping change into the pot.

People can also donate by texting “kettle” to 91999, or telling Alexa, Amazon’s virtual assistant, to make a donation without ever leaving home.

“We are being as creative as we possibly can,” Mr. Hodder said. “This is all new, but we’re not going back.” (Many charities have posted their new Covid-19 protocols on their websites.)

Beth Amodio, the president and chief executive of One Warm Coat, a national nonprofit that organizes coat drives, expects a similar shortfall caused by the pandemic. In a typical year, workplace programs are a major contributor to coat drives, but employees by and large aren’t in the office. Schools, another key partner, have either gone remote or are open in limited ways.

As a result, the number of her organization’s coat drives is down 56 percent year-to-date, while at the same time, demand for One Warm Coat’s services is up by 30 to 50 percent, Ms. Amodio said. “A lot of families that were already struggling are approaching crisis mode as the temperature falls and utility bills are rising,” she said.

One Warm Coat created a program to host virtual coat drives. Participants who go to the organization’s website get a link to a virtual coat drive page that’s easy to personalize and share via email. The program raises dollars instead of collecting gently worn outerwear.

And because “there’s no substitute for in-person coat drives,” Ms. Amodio said, her charity has come up with creative ways to stage them. Last month, a school in Atlanta held a coat drive during morning drop off. Masked volunteers collected more than 400 coats through rolled-down windows.

There is more demand to feed the hungry.

Food banks are also experiencing surging demand. “Food insecurity in the United States is at a level that arguably we have not seen since the Great Depression,” said Katie Fitzgerald, the chief operating officer of Feeding America, a nationwide network of more than 200 food banks.

City Harvest, which distributes excess food in New York City, said that since March it had distributed more than 3.4 million pounds of food to more than 80,000 families at the nine mobile markets it operates throughout the five boroughs. That’s compared with two million pounds of food to 46,000 families over the same period last year. The markets operate every two weeks at each location.

City Harvest has stopped its choose-your-own style of distributing food at the markets during the pandemic and instead bags and boxes food in its warehouse. And volunteers can still help out while staying socially distant.

“We literally push the box or bag across the table and the individual goes on their way,” said Ryan VanMeter, the associate director of major gifts for City Harvest. “The thing I say to people who volunteer at our mobile markets is you’re going to feel all the blessings. But, yes, we are trying to minimize the interaction.”

Volunteer if you can.

A recent study by a Fidelity Charitable, the nation’s largest grantmaker, found that two in three volunteers decreased or stopped contributing their time because of the pandemic. In its own survey, VolunteerMatch found that more people currently viewed Covid-19 as a barrier to volunteering than at the beginning of the pandemic, even though “we expected it to be the opposite,” Ms. Plato said.

Part of the reason for the volunteer shortage is that many volunteers are older people — the population most at risk for the coronavirus. But there are ways to donate your time and stay safe.

The VolunteerMatch website lists both local and virtual volunteering opportunities across the country. Currently, the nonprofit shows about 3.8 million volunteers needed throughout the United States.

Like many nonprofits that rely on in-person activity, Feeding America has switched to a low-touch or no-touch model, such as drive-through food banks.

Be in it for the long haul.

But whether you give your time or a financial contribution this holiday season, it’s important to remember the need will remain for a long time to come, even if Congress passes a new stimulus bill or the stock market is booming.

“It took 10 years after the 2008 recession to get back to pre-recession levels of food insecurity,” said Ms. Fitzgerald of Feeding America. “It’s great the stock market is doing well. That’s not going to change the circumstances of people, who, prior to this pandemic, were living paycheck to paycheck.

“We know this is a marathon,” she added.

12/13/2020 Entertainment Comments Off on What’s the Right Way to Give in a Pandemic?
Recent Posts