Watch the tree-lighting ceremony in the “86th Annual Christmas in Rockefeller Center,” and experience genius in “Searching for Bobby Fischer.”

NBC SPECIAL: 86TH ANNUAL CHRISTMAS IN ROCKEFELLER CENTER 8 p.m. on NBC. Watch musical performances and the annual lighting of the Rockefeller Christmas tree, a 72-foot-tall Norway spruce. This year, the tree will be topped with a 3-D, 900-pound Swarovski star that has 70 spikes and three million crystals with LED lighting spots, designed by Daniel Libeskind. The tree’s history dates to 1931 during the Depression, when workers put up a 20-foot tree in the plaza, but the first formal tree wasn’t erected until 1933.

TOTAL DIVAS 9 p.m. on E! On this season finale, the women must deal with the pressures of staying on top in preparation for their Money in the Bank match, a multiperson ladder showdown. Coupled with the stress the women are feeling within the ring, each one must face her personal battles outside of it. Trinity and Jon’s relationship takes a hit after her wedding ring is stolen; Nia must mentally and physically prepare for her match against Ronda Rousey; and Nattie must deal with the devastating loss of her father, a former professional wrestler. 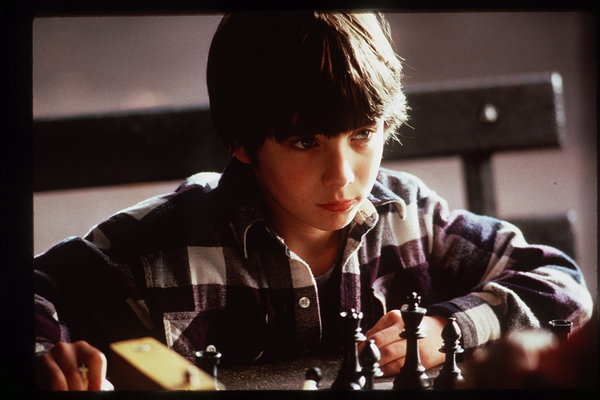 SEARCHING FOR BOBBY FISCHER (1993) on Amazon, Google Play, Hulu and Vudu. This film is inspired by the life of Josh Waitzkin, who is played by the real-life chess whiz Max Pomeranc. Josh isn’t like most 7-year-olds. He’s a chess prodigy. And after beating his father (Joe Mantegna) in a match, he is encouraged to explore the game and hone his ability. Josh begins playing in Washington Square Park and learning the game from the hustler Vinnie (Laurence Fishburne). But Bruce (Ben Kingsley), a famous coach, takes Josh under his wing and invokes the “Bobby Fischer” strategy, taking training to the extreme and threatening the boy’s decency.

THE GREAT BRITISH BAKING SHOW on Netflix. Season 6 of this much-loved series dropped on Netflix this month, and with the colder months approaching, now might be the best time to curl up and binge watch this cooking competition. Expect tarts, biscuits and an abundance of cheeky puns. In his review for The New York Times, James Poniewozik says the series distinguishes itself in how it presents a “notion of Britishness as something you can feel and taste.”

IT’S A WONDERFUL LIFE (1946) on iTunes, Amazon and Vudu. This film was a Christmas classic before Christmas classics were abundant. George Bailey (James Stewart), when facing potential jail time thanks to a vengeful rival (Lionel Barrymore), considers a world in which he had never been born or existed. High above, the heavens hear George’s tale and send down an angel, Clarence (Henry Travers), who has yet to earn his wings after 200 years. Clarence takes George on a journey, showing him that his loved ones and his hometown actually need him, and that despite his troubles, he leads a wonderful life.

11/28/2018 Entertainment Comments Off on What’s on TV Wednesday: ‘Christmas in Rockefeller Center’ and ‘Searching for Bobby Fischer’
Recent Posts