The series staring Donald Glover concludes its fourth and final season. And the Marvel blockbuster airs on FX as the sequel premieres in theaters. 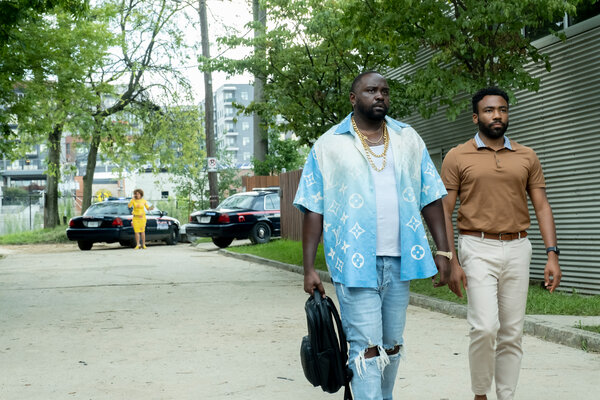 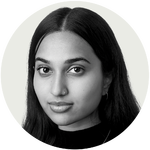 Between network, cable and streaming, the modern television landscape is a vast one. Here are some of the shows, specials and movies coming to TV this week, Nov. 7-13. Details and times are subject to change.

PUSS IN BOOTS (2011) 6 p.m. on TOON. In this prequel spinoff of the “Shrek” franchise, Puss, the talking cat voiced by Antonio Banderas, is framed for a bank robbery and becomes an outlaw in his own town. He seeks to restore his honor and pay the debt he owes to his hometown by joining forces with Humpty Dumpty (Zach Galifianakis) and Kitty Softpaws (Salma Hayek) to find the magic beans that lead to valuable golden goose eggs. The film is a “cheerfully chaotic jumble of fairy tale and nursery rhyme characters,” Stephen Holden wrote in his review for The New York Times. A sequel is set to be released on in late December.

ELECTION NIGHT SPECIALS 8 p.m. on ABC, CBS, NBC and PBS. As the polls close on Tuesday, several networks are airing the latest election and voting news in the U.S. midterm elections. Find out what’s at stake in our guide to the midterms, including how state races could have a huge effect on issues like abortion rights and voting.

SAY HEY, WILLIE MAYS! (2022) 9 p.m. on HBO. This documentary explores the life of the Major League Baseball legend Willie Mays as he navigated the sport during a time of segregation and racism. The director Nelson George tracks Mays’s experience growing up in Alabama and getting his start playing for the Birmingham Black Barons in the Negro Leagues, as well as his career in the big leagues. The film features interviews with Mays, the baseball greats Barry Bonds and Reggie Jackson and the sports commentator Bob Costas.

THE CMA AWARDS 8 p.m. on ABC. Luke Bryan and Peyton Manning will take the stage live in Nashville to host the 56th annual Country Music Association Awards. This year, first-time nominee Lainey Wilson is up for six awards, including new artist of the year, and Ashley McBryde, Carly Pearce, Chris Stapleton and Shane McAnally are each nominated for five. The evening will feature performances from Carrie Underwood and Katy Perry, among others.

HARD KNOCKS IN SEASON: THE ARIZONA CARDINALS 10 p.m. on HBO. This reality sports series is based on the HBO franchise “Hard Knocks,” which documents a different N.F.L. team’s training camp each year. This series instead focuses on a team through its pro season. The second season follows the Arizona Cardinals, led by the quarterback Kyler Murray. The Cardinals have gotten off to a rocky start this season, currently in last place in the N.F.C. West.

ICONS UNEARTHED 10 p.m. on VICE. Season 2 of this documentary series focuses on the long-running animated series “The Simpsons.” In the final episode, writers, directors, actors and network executives share stories about how the television show came together and established its place in pop culture.

BIGGER THAN LIFE (1956) 8 p.m. on TCM. Based on a 1955 article in The New Yorker, the film follows Ed Avery (James Mason), a teacher who is diagnosed with a fatal illness. After his doctor prescribes him cortisone, he is at first believed to have made a recovery. But he then develops an addiction to the drug that leads to his downward spiral.

ATLANTA 10 p.m. on FX. This series wraps up with the show’s characters back in Atlanta after spending time in Europe in Season 3. Acclaimed for its acting, storytelling and depictions of modern day Black life, the series follows the rapper Paper Boi (Brian Tyree Henry), his manager and cousin, Earn (Donald Glover), and their friends Darius (LaKeith Stanfield) and Van (Zazie Beetz).

BLACK PANTHER (2018) 5 p.m. on FX. Need a refresher before watching the sequel? Catch this blockbuster film on the day of the premiere of “Black Panther: Wakanda Forever.” In this movie, T’Challa (Chadwick Boseman) becomes the king of Wakanda, the isolated, technologically advanced African nation. As Black Panther, he rallies his allies and fights to keep his people, and their culture, safe. “In its emphasis on Black imagination, creation and liberation, the movie becomes an emblem of a past that was denied and a future that feels very present,” Manohla Dargis wrote in her review for The Times. “And in doing so opens up its world, and yours, beautifully.”

THE SNAKE PIT (1948) 8:30 p.m. on TCM. Virginia Cunningham (Olivia de Havilland) wakes up in a mental hospital, with no recollection of how she ended up there and an inability to recognize her husband, Robert (Mark Stevens). The film follows Victoria as she attempts to regain her memory with the help of Dr. Mark Kik (Leo Genn).

GHOSTBUSTERS (2016) 8:30 p.m. on Syfy. In this reboot of the science fiction comedy franchise, a transit worker (Leslie Jones) contacts three paranormal physicists (Melissa McCarthy, Kristen Wiig and Kate McKinnon) after she encountered a ghost in a subway terminal. The four women band together to fight off the ghosts that have invaded New York City. It is “a movie that is a lot of enjoyable, disposable fun,” Manohla Dargis wrote in her review for The Times. “It’s a lot like the old ‘Ghostbusters,’ except that it stars four funny women instead of, you know, four funny men.”

11/07/2022 Entertainment Comments Off on What’s on TV This Week: ‘Atlanta’ and ‘Black Panther’
Recent Posts