Stream the Boss’s Broadway show from the comfort of your couch. Or watch a son’s personal investigation into the medical industry.

SPRINGSTEEN ON BROADWAY on Netflix. If you are torn over missing Bruce Springsteen’s extremely popular solo stage show, this Netflix film may ease the pain. It captures the Boss like we have rarely seen him before: He doesn’t belt out his most famous hits for thousands, but tones down lesser-known songs and delivers them with a seriousness that is lightened by his self-deprecating humor. (“I’m Mr. Born to Run,” he jokes. “I currently live 10 minutes from my hometown.”) Half of the performance is monologue, largely based on his 2016 memoir. And while there is nothing quite like sitting a few feet away from Springsteen himself, the movie has its treasures, too. “It’s a master class in pacing, dynamics, modulation of volume and tone,” Mike Hale wrote in his review for The New York Times. “The film brings you right up onstage with Springsteen, giving you a more intimate view of his technique — understated, seemingly casual but absolutely controlled — than you could get in the theater.”

ICHI THE KILLER (2003) on Amazon, Google Play, Shudder, Vudu and YouTube. Adapted from the manga series by Hideo Yamamoto, this savage Japanese horror flick by Takashi Miike follows a yakuza masochist (Tadanobu Asano) who sets out to find the sadistic killer (Nao Omori) who murdered his boss. 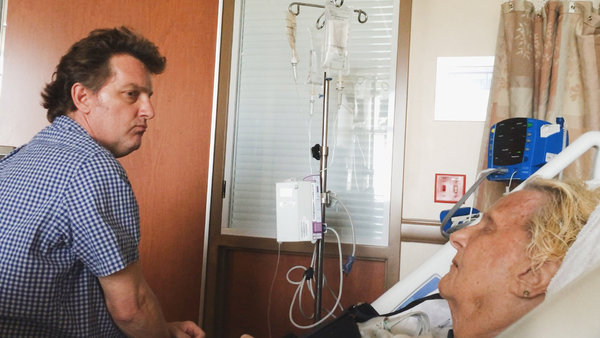 BLEED OUT (2018) 8 p.m. on HBO. For 10 years, the comedy director Steve Burrows documented his mother’s medical journey to highlight what he sees as entrenched flaws in American health care. The story begins in 2009, when his mother, Judie, receives a routine hip replacement operation and winds up in a coma with permanent brain damage. Burrows decides to sue for medical malpractice and turns his personal video diary into this sobering investigative documentary.

FAIL STATE (2018) 9 p.m. on Starz. The filmmaker Alexander Shebanow takes a deep dive into the world of higher education in this documentary executive produced by Dan Rather. The film explores how policy decisions on Capitol Hill allow for-profit colleges to reap millions of dollars out of students who end up in tremendous debt and find little success in the work force after graduating.

CHRISTMAS WITH THE MORMON TABERNACLE CHOIR 9 p.m. on PBS (check local listings). The actors Sutton Foster (“Younger”) and Hugh Bonneville (“Downton Abbey”) join the Mormon Tabernacle Choir, the Orchestra at Temple Square and the Bells on Temple Square hand-bell choir for this annual holiday special, now in its 15th year.

THE YEAR IN MEMORIAM 2018 10 p.m. on ABC. The late-night host Jimmy Kimmel and the “Good Morning America” anchor Robin Roberts explore the legacies of the stars and groundbreaking figures we lost in 2018. Celebrities including Patti LaBelle, Marilu Henner and Hank Azaria pay tribute to Burt Reynolds, Aretha Franklin, Stephen Hawking and more.

12/17/2018 Entertainment Comments Off on What’s on TV Monday: ‘Springsteen on Broadway’ and ‘Bleed Out’
Recent Posts