Get into the holiday spirit with “A Very Nutty Christmas.” And Jack Nicholson loses his mind as Jack Torrance in “The Shining.”

A VERY NUTTY CHRISTMAS (2018) 8 p.m. on Lifetime. Melissa Joan Hart stars as Kate Holiday, a hard-working bakery owner who has holiday orders coming in up to her ears, when her boyfriend suddenly breaks up with her, crushing any sense of Christmas joy. But one morning, Kate wakes up to a man named Chip (Barry Watson) in her living room. She soon discovers that he might be the Nutcracker Prince, and he just might be able to repair her broken Christmas spirit. 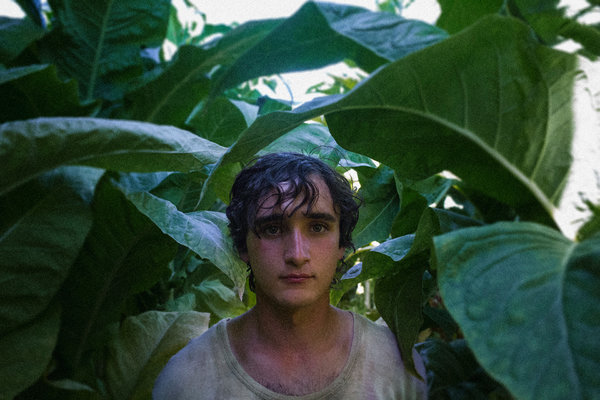 HAPPY AS LAZZARO (2018) on Netflix. An unexpected friendship is born between Lazzaro (Adriano Tardiolo), a good-hearted 20-year-old, and Tancredi (Luca Chikovani). Tancredi is a noble and the son of Marchesa Alfonsina de Luna (Nicoletta Braschi), owner of the property on which Lazzaro works (and where she exploits her sharecroppers). The two boys form an improbable alliance in Inviolata, their pastoral village, eventually prompting Tancredi to ask Lazzaro to help him fake his own kidnapping. In his review for The New York Times, A .O. Scott called it “a film that acquires new depths of emotion and meaning each time you see it.”

THE SHINING (1980) on iTunes, Amazon, Google Play, Netflix and Vudu. All work and no play makes Jack a dull boy. But Jack Torrance (Jack Nicholson) becomes the antithesis of dull in this horror movie. After battling a stint of writer’s block and hoping to squash it, he decides the best option is to take on a post as the winter caretaker at the isolated Overlook Hotel in Colorado. Although the hotel manager (Barry Nelson) warns Jack that he’ll be snowed in most of the winter, he goes ahead, and brings along his wife, Wendy (Shelley Duvall), and son, Danny (Danny Lloyd), who has seemingly psychic and telepathic abilities. A strange series of events begins to occur in the hotel, and Jack’s mental health quickly deteriorates as he turns on his family. In her review for The Times, Janet Maslin called the film “mesmerizingly lovely” and said that it had “a breadth and extravagance no recent film has rivaled.”

ROOM (2015) on iTunes, Amazon, Google Play, Netflix and Vudu. After her kidnapping as a teenager, a young woman (Brie Larson) and her son, Jack (Jacob Tremblay), have been held captive in a solitary space she has named “room.” Despite having not stepped outside in over five years and her son never having seen anything beyond the four walls of their living space, she tries to create enough of the world to instill a sense of wonder in Jack. But things come to a boiling point and the two hatch a plan to escape. This film is based on the novel by Emma Donoghue (who also wrote the screenplay).

11/30/2018 Entertainment Comments Off on What’s on TV Friday: ‘A Very Nutty Christmas’ and ‘The Shining’
Recent Posts