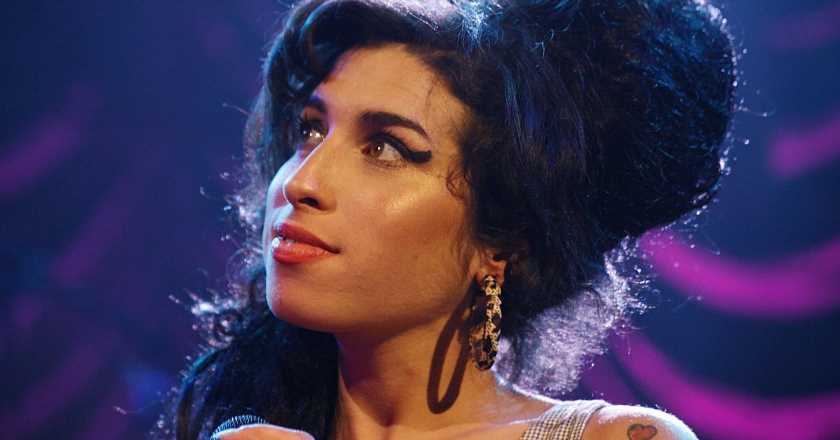 After several attempts to bring a biopic about the late singer-songwriter Amy Winehouse to the big screen, a new movie is officially in the works from Sam Taylor-Johnson.

With tattooed arms, a gravity-defying beehive and powerhouse vocals that could seemingly make time stand still, the late British singer-songwriter Amy Winehouse left a musical legacy that will endure through the ages. As well as a phenomenal career, she had a tragically short life – and ever since her untimely death in 2011, Hollywood has been trying to get a film about her story off the ground.

Now, a new biopic about the life of the musical superstar is officially in the works, and this time around, the project is moving fast.

7 brilliant biopics to keep on your radar in 2022, including Blonde, Elvis and Oppenheimer

According to Deadline, Studiocanal is gearing up to make a new film called Back To Black (a reference to her acclaimed second album) along with director Sam Taylor-Johnson, who is best known for her work at the helm of Nowhere Boy and Fifty Shades Of Grey.

Written by Matt Greenhalgh (Nowhere Boy, Control) and produced by Studiocanal, Alison Owen, Debra Hayward, and Tracey Seaward, the film is expected to take a look at the life and music of Winehouse, who got her start on the north London jazz circuit and rose to become a Grammy-winning superstar with hit records that included Rehab, Back To Black and You Know I’m No Good.

Following a long battle with alcohol and drug addiction, Winehouse’s life was cut short in 2011 at the age of 27, when she died from alcohol poisoning.

Amy Winehouse has long been held up as a tragic figure.

Following her death, various attempts were made to produce a Winehouse biopic, including one from one from Lotus Entertainment with Noomi Rapace attached to star. While the projects faltered because of the all-important music rights, Asif Kapadia’s 2015 documentary Amy won the best documentary Oscar at the 2016 Academy Awards, although it was criticised by the late singer’s father, Mitch Winehouse.

In 2021, meanwhile, Mitch Winehouse participated in the BBC documentary Reclaiming Amy, which marked the 10-year anniversary of his daughter’s death.

This time around, Back To Black has the full support of the Winehouse estate. What’s more, the film is reportedly a passion project for Taylor-Johnson, who was a close friend of Winehouse’s.

In an Instagram post announcing the news, Taylor-Johnson said that Back To Black was a “dream movie to helm”.

According to Variety, a script for the film has already begun circulating. A casting search for the on-screen Winehouse is also expected to begin soon, with Taylor-Johnson reportedly looking to find a relative newcomer to take on the role of Winehouse.

Back in 2018, Mitch Winehouse told The Sun that he believed an up-and-coming actor would eventually clinch the part of Winehouse.

“I wouldn’t mind betting it would be an unknown, young, English – London, cockney – actress who looks a bit like Amy,” he remarked.

“What we want is somebody to portray Amy in the way that she was… the funny, brilliant, charming and horrible person that she was. There’s no point really me making the film because I’m her dad. But to get the right people to do it, that’s very important, and we will.”