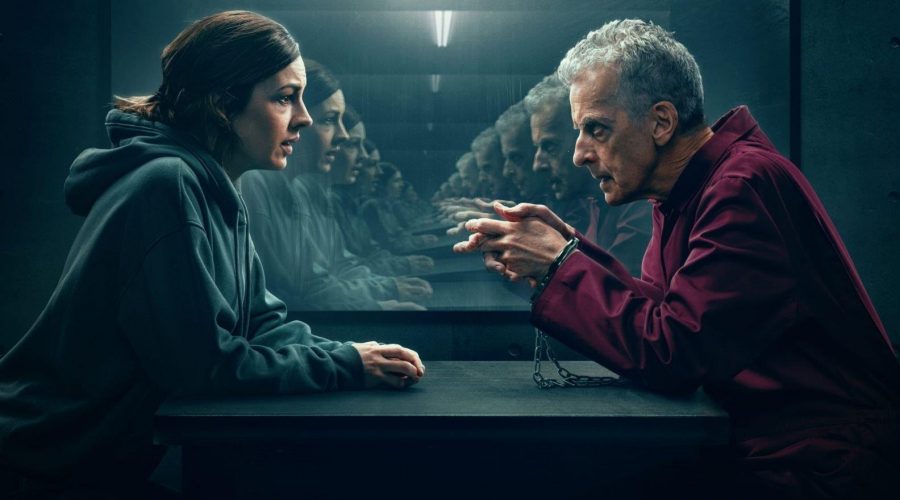 Here’s what you need to know about new psychological thriller series The Devil’s Hour.

If there’s one thing we’ve learned from watching horror films, it’s this; waking up inexplicably at 3.33am is never a good thing. Why? Well, because it’s considered to be a period of peak activity for malevolent supernatural forces – which is why the time has earned itself the dubious name of “the devil’s hour”.

Now, Steven Moffat and Sue Vertue – who’ve brought such gems to our TV screens as Doctor Who, Sherlock, Dracula and most recently, Inside Man – have decided to create an entire thriller series around the concept, and they’ve lined up a pretty incredible cast to bring it to life, too.

The Prime Video series lands today (Friday 28 October) and as well as the wealth of other stellar TV choices landing this weekend, something tells us this drama will grab our attention very, very quickly.

Best new spy thriller films and TV series to put on your watchlist, from Paul Mescal’s A Spy By Nature to ITV’s Litvinenko

Here’s what you need to know, then, about The Devil’s Hour.

What’s the plot of The Devil’s Hour?

Written by Tom Moran, The Devil’s Hour follows the story of Lucy Chambers, who wakes up every single night at (you guessed it) exactly 3.33am.

“Her eight-year-old son is withdrawn and emotionless,” reads the press release. “Her mother speaks to empty chairs. Her house is haunted by the echoes of a life that isn’t her own.

“Now, when her name is inexplicably connected to a string of brutal murders in the area, the answers that have evaded her all these years will finally come into focus.”

It adds boldly: “The Devil’s Hour is a creepy, philosophical thriller that seeks to explain the inexplicable.”

Best TV shows of 2022: 80 brilliant TV shows you need to watch this year (with release dates)

Who stars in The Devil’s Hour?

Jessica Raine, who previously wowed us as Jenny Lee in Call The Midwife, is leading this thriller as Lucy Chambers.

The Thick Of It’s Peter Capaldi, meanwhile, stars as a reclusive, murderous, and obsessive nomad – and Starstruck’s Nikesh Patel portrays Ravi Dhillon, aka the compassionate detective who finds himself wrapped up in this twisted tale.

BBC One’s Call The Midwife: series 12 will focus on the legalisation of abortion and women’s experiences of the 60s

What are people saying about The Devil’s Hour?

“The Devil’s Hour is a gripping story from an exciting new voice, with a dream team behind and in front of the camera,” says Georgia Brown, director of European Amazon Originals for Prime Video.

“We’re thrilled to be working with Tom, Steven and Sue on this new project.”

Vertue, meanwhile, says: “We are genuinely delighted to be one of the first UK Originals that Prime Video has commissioned.”

She added that she and Moffatt are both “thrilled that Tom Moran and his big brain have trusted [production company] Hartswood [Films], and Johnny Allan the director, with the wonderful task of bringing his scripts to life.”

Is there a trailer for The Devil’s Hour?

There sure is, and it features a sinister looking Capaldi being ushered out of his cell by police officers to talk to Chambers about her strange waking up rituals. Will Capaldi likely leave us with nightmares and unable to sleep peacefully at night? Most probably. But something tells us it’ll be worth it.

Check out the trailer below:

When and where can we watch The Devil’s Hour?

10/29/2022 Entertainment Comments Off on What to expect from The Devil’s Hour, Prime Video’s sinister new thriller series
Recent Posts